While most of us are snuggled tight in our beds early on Saturday mornings, others at St. Lawrence Market North have been up and busy for hours by the time Market doors open at 5:00 a.m.

Each Saturday morning, food producers from across Southern Ontario make the trip into the City with great offerings in tow. Often seen as the "little brother" to the larger South Market across the street, the North Market is where the real farmer's market action goes down.

Here are the vendors you should keep an eye out for. 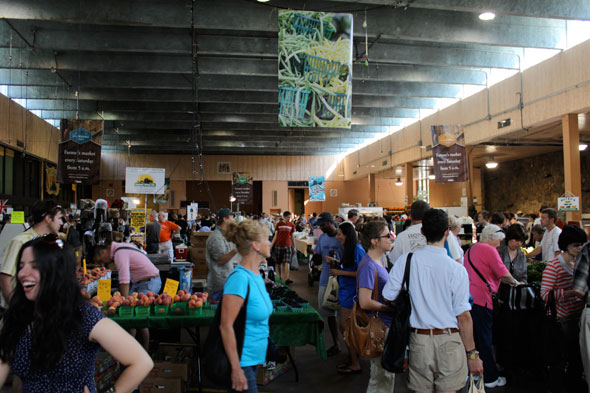 Doug & Rose Webb
These third generation family farmers come to the market from Sutton and bring with them seasonal produce. Around the market, Doug and Rose are well known for their selection of fresh herbs including dill, basil, thyme, oregano, coriander, parsley (both curly and Italian), tarragon and peppermint.

Marvin's Produce
Marvin's Produce occupies two stalls near the back of the Market, one run by Marvin himself, the other by his mother. The produce comes from the same family farm in Flamborough and among the summer offerings are zucchini, cauliflower, radishes and a variety of lettuces. 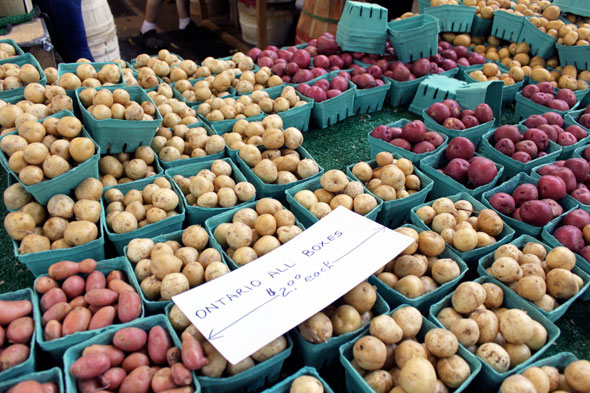 Colwell Farms
With produce from Nestleton and Newmarket, Colwell Farms features an all-Ontario spread, including beautiful coreless nanty carrots. Attracting the most attention at their tables are the baskets of potatoes including French finglerlings--which I'm told are drier than regular fingerlings.

Uncle Jorge's Farm
Uncle Jorge himself mans the stall and is happy to tell you that his small-scale 25-acre farm produces only certified organic and organically grown produce. In addition to carrots, potatoes, cabbage and garlic, he specializes in free-range poultry, and customers can pre-order heritage turkey, muscovi duck and goose.

Meadowview Honey
Pure, natural, unpasteurized honey sourced and produced right in Ontario is what you'll find at this stall. Honey of the wildflower, clover, dandelion and raw variety are featured, and beautiful beeswax candles handmade in Guelph are also available for sale. 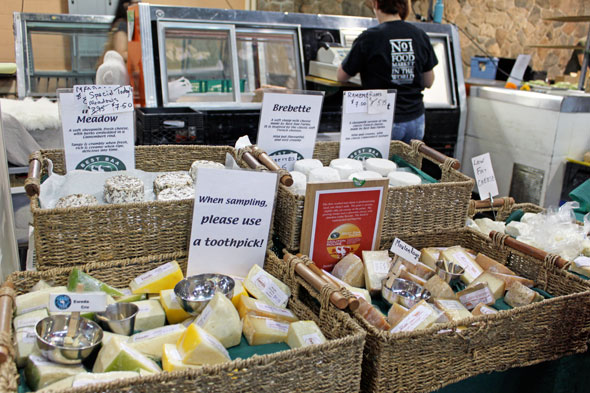 Best Baa Farm
Yes, "baa" as in what a sheep says. A former dairy co-operative, Best Baa Farm specializes in sheeps' milk products. Their cheeses, yogurts and ice creams are made with milk bought from local Amish farmers. Among the raw milk cheeses featured are eweda, mouton rouge, Camembert and feta.

Cherry Avenue Farms
Cherry Avenue brings the best fruits that produce-rich Vineland has to offer. This ninth generation farm has recently teamed up with Rowe Farms to produce fresh red fife pasta, a crop which was widespread in the area in the 1800s and has never been genetically modified. 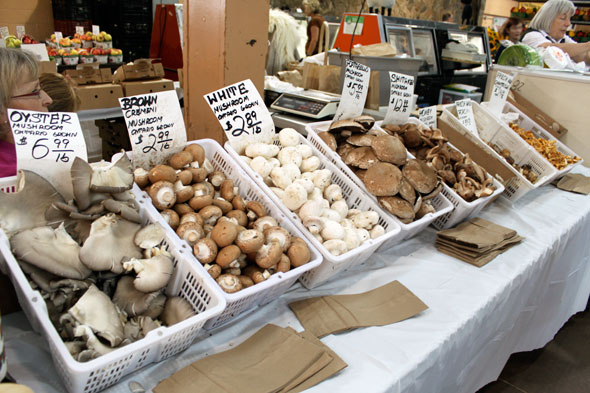 Grainfields
Specializing in organic sourdough and "allergy breads," Granfields sells Kamut muffins, orange, blueberry and cranberry scones and other baked goods that are either wheat, yeast or gluten-free. 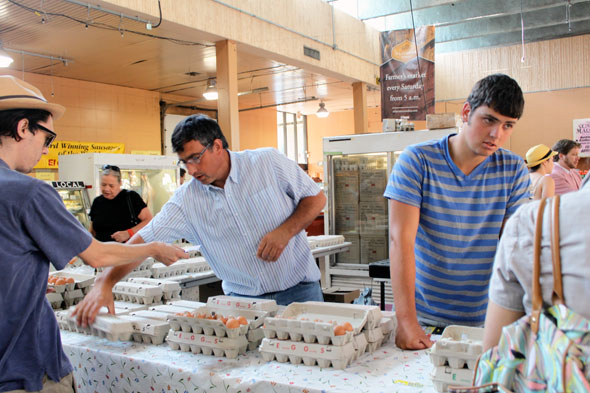 Sunrise Egg Farm
These free range, organic, antibiotic and hormone-free eggs are produced at a family operation out of Wallenstein. For the discerning egg enthusiast, Sunrise boasts a selection of "one-day eggs" which, as you may suspect, have been laid and collected within 24-hours. 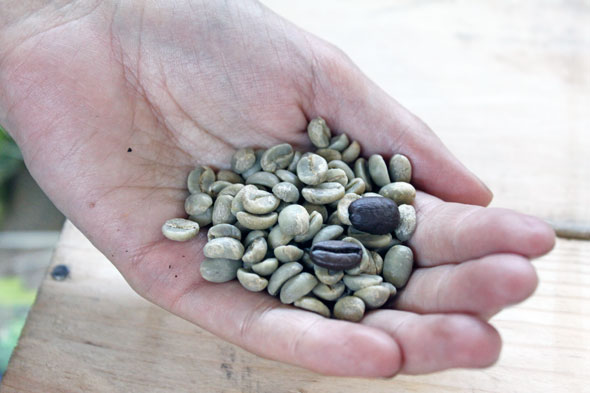 Merchants of Green Coffee
This cafe and coffee bean provider near Queen East and the DVP makes an appearance at the market to offer up organic, fair-trade, and locally roasted coffee. All blends start as green Arabica beans and have been roasted in small batches within the last 48 hours. Check out the Ethiopian Yirgacheffe blend, which is their "ode to the birthplace of coffee."

Sovereign Farms
The warm summer months in Ontario usher in the right growing conditions for Sovereign Farms' waterford, field and heirloom tomatoes. With locally grown and seasonal produce, they're also known for their selection of beans, squash and peppers. 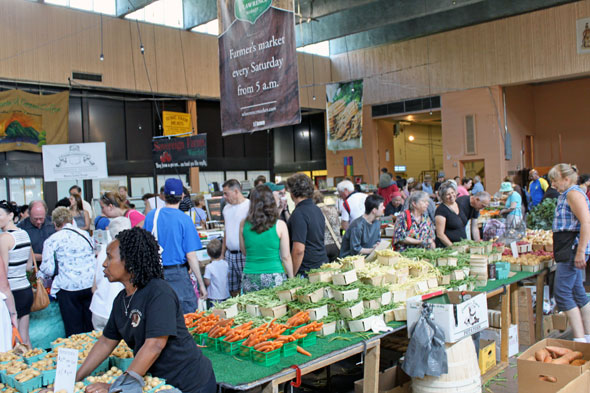 Toorshi Foods
The name Toorshi is derived from the Persian word "torsh" meaning "sour". Pickled beans, turnips and more (cucumber pickles are available in mild, garlic and spicy) are among this vendor's offerings. Popular and unique are the "sweetfire" sweet and spicy pickled beets. 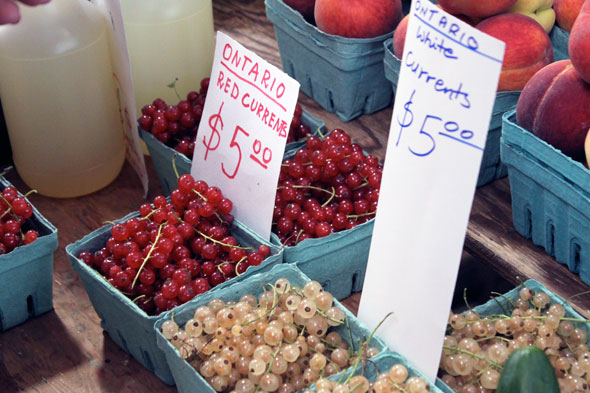 Round Plains Plantation
These sweet potatoes are proudly grown, stored and sold without insecticides, pesticides or fungicides. Round Plains also dabbles in baked goods and brings in a selection of sweet potato muffins--gluten-free, dairy-free, egg-free and sugar-free options available.

El Gaucho Chorizos
With more than 40 varieties--like veal with spinach, lamb with rosemary and English bangers--you could embark on a pretty epic sausage-tasting journey with El Gaucho. They've also got all your accoutrements including crispy coleslaw, Greek salad and potato salad. 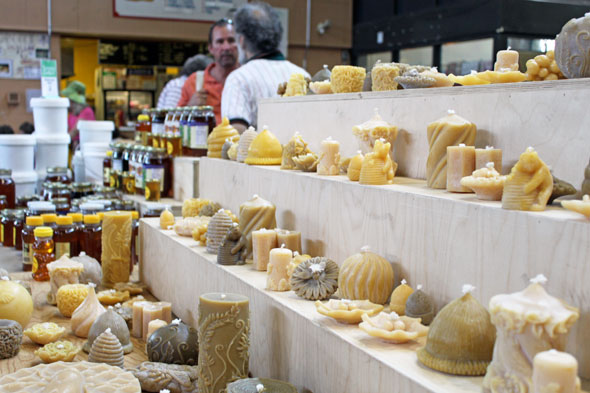 Cathy's Oodles of Strudels
Cathy's vegan-friendly German strudels are made daily in Scarborough. Other goodies (some sugar-free) like cobblers, tarts, croissants, danishes and pies look scrumptious too.

Sweet Everythings
This vendor has a bit of everything. Specializing in handmade baked goods with no additives (some gluten-free), they also boast a selection of savory specialties including salsa, breakfast burritos and prepared soups.

British Baked Goods
A mix of sweet and savory British treats is on the menu here. Among the offerings are Cornish pasties (traditional and cheese & onion), bakewell tarts, fern tarts, maid of honour tarts and empire cookies. 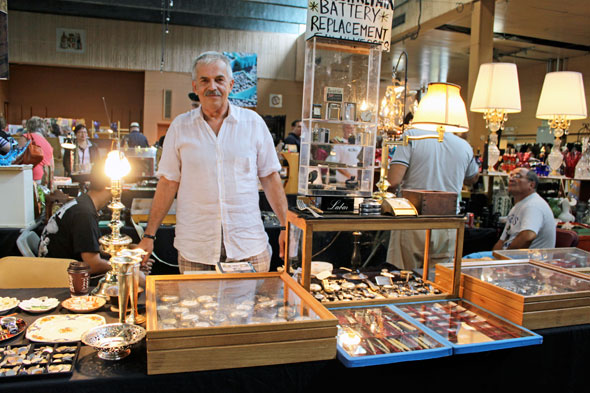 Antique Market on Sundays
There's no need to travel to the countryside for quality antiquing. On Sundays, the North Market is transformed into an antiquers paradise when dealers bring their finds (everything from oil paintings to bikes to end tables) into the City.

Writing and photos by Kara Merpaw