The downtown Toronto night market is on this weekend. Taking place in the parking lot of T&T on Cherry Street, this is the second night market that has graced the GTA this month, following the hugely successful Night It Up in Markham.

This is the second year for the T&T backed night market and based on last night alone it has taken a huge leap forward from its underwhelming debut last year. This year, there are more food vendors including many who make a regular appearance at Night it Up but the scale of the event is still much smaller.

While the rest of the weekend could be a different story, the crowds at the officially named T&T Waterfront Night Market - while steady - were a fraction of what I saw last weekend. I felt sorry for many of the vendors who at Night It Up can't serve customers fast enough, but at the downtown version were often relegated to seeing their cooked food sit for a while or handing out samples in hopes to entice customers to bite. 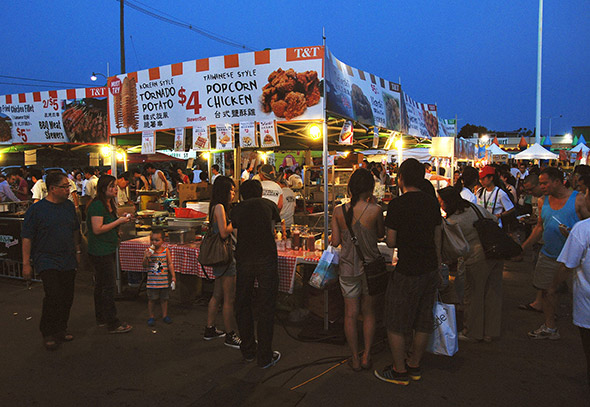 Not all vendors faced the same predicament, however. While I was there, there were small line-ups for smelly tofu, oysters omelettes and fresh shucked oysters from Diana's Seafood Delight. But I could tell even some of these experienced vendors came prepared, with noticeably reduced inventory or staff compared to what they had last weekend.

Also interesting to see were some downtown centric vendors that are more unique to this night market. Prime examples were the meatball sliders from chef Rod Bower's upcoming Hey Meatball, pulled pork tacos from Milagro and cheeseburger spring rolls from chef Susur Lee. But none of these seemed to be getting much traction while I was there. 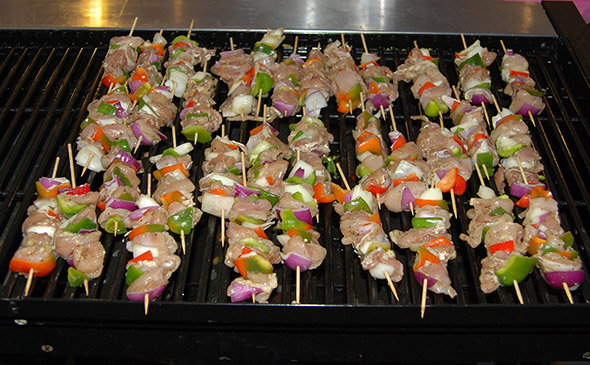 Nevertheless, despite any issues this night market might face it's still great to have a version of this concept more accessible to downtown residents. And while the vendors might not have been as busy, the lack of line-ups is a boon to hungry attendees who no longer have to wait in long lines to indulge in the best street food this city has to offer. 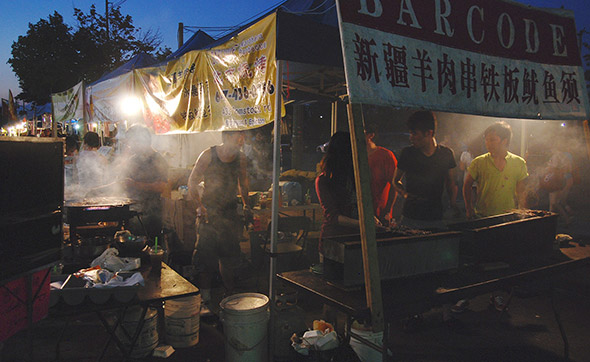 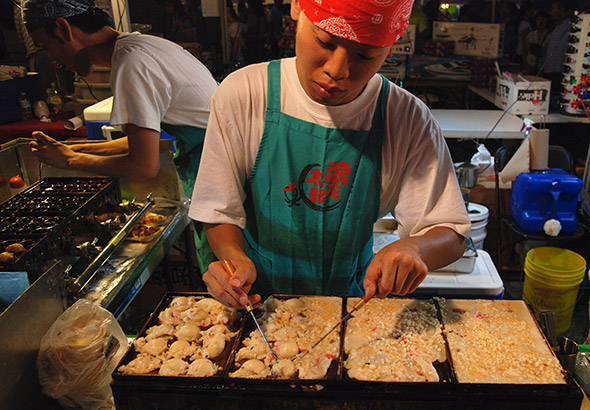 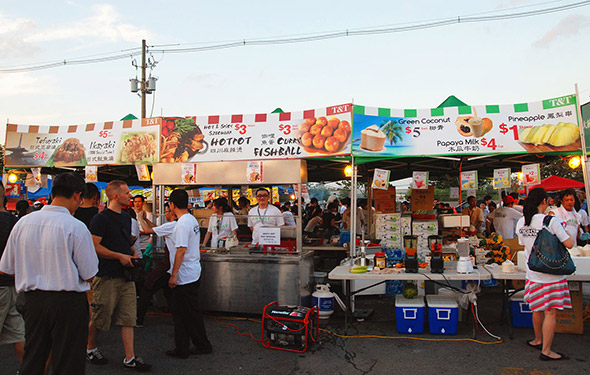 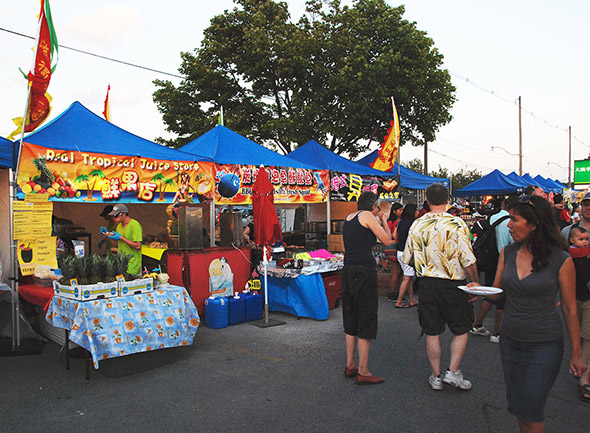 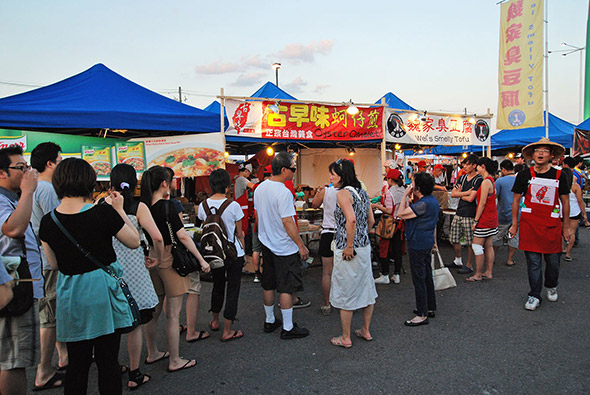 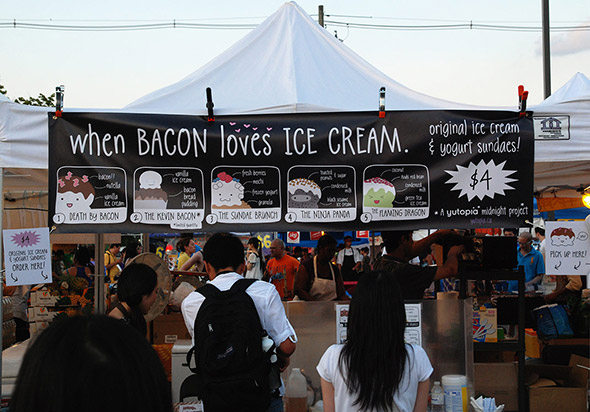 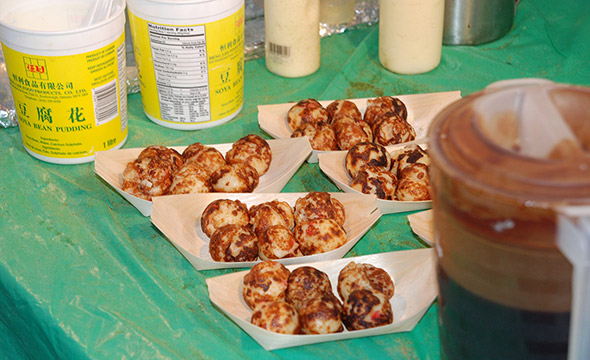 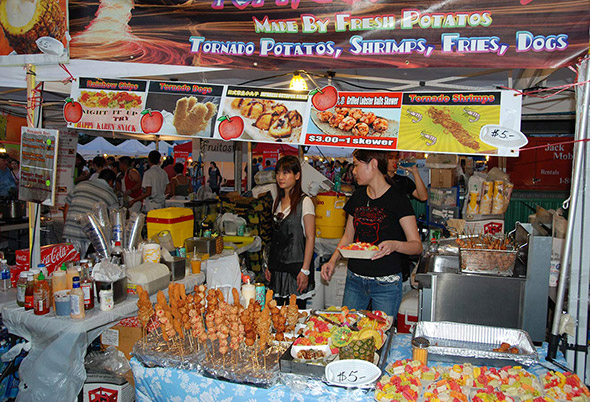 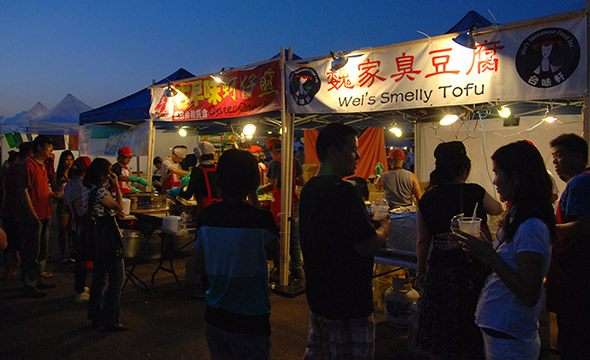 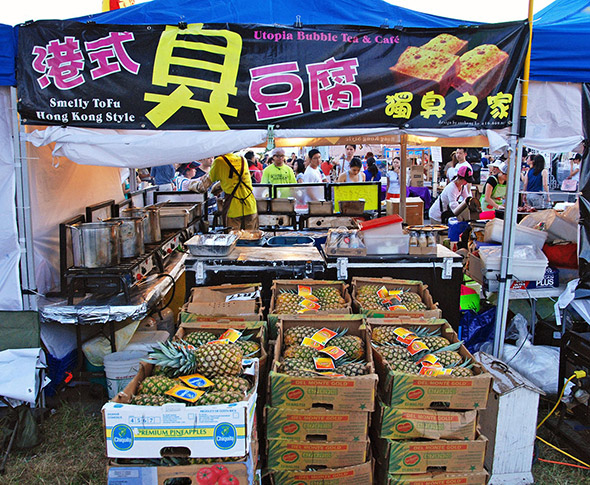 Photos by Scott Snider. For more photos from the T&T downtown night market, check out our Facebook page.