Spearhead Brewing Company has just launched across southern Ontario and poured its first pint this week in bars in Toronto, London, Guelph and Muskoka. The beer brand joins a growing list of local microbreweries but aims to differentiate itself by its less common list of ingredients. At a tasting event on Thursday night at Bar Volo, brewery owner Dimitri Van Kampen unveiled his Hawaiian Style Pale Ale, a beer he says is "bold, hoppy and refreshing, with notes of citrus and zest. It's like aloha in a bottle."

While the taste might not appeal to hard core Guinness drinkers, it seems like a fitting enough choice for the summer months. Van Kampen says that as of last night it's now available at Allen's, Betty's, C'est What?, Bar Volo, The Rhino, Cloak and Dagger, La Palette, The Victory CafĂŠ, Castro's Lounge, The Burger Bar, Smokeless Joe, Bryden's, The Dizzy Gastro Sports Pub and The Rebel House. 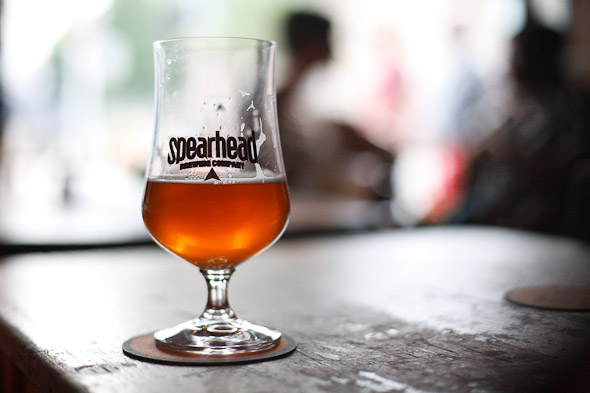 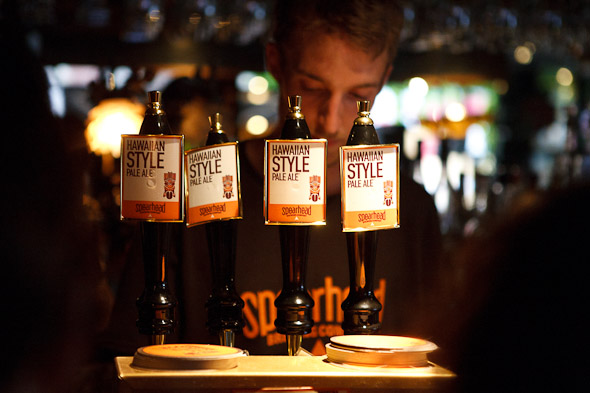 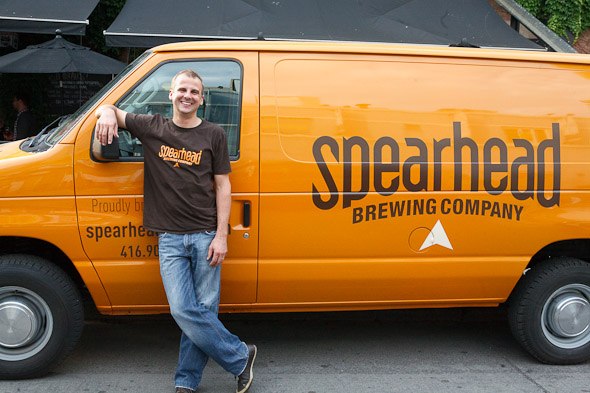