Indoor fishing in Toronto (in a swimming pool)

Did you know you can catch a rainbow trout in a downtown Toronto swimming pool? I know, it sounds like an urban legend - but I'm serious. And, on Thursday afternoon, I watched kids, teens, and adults delight in casting their rods into an indoor swimming pool and reeling in fish of all sizes. 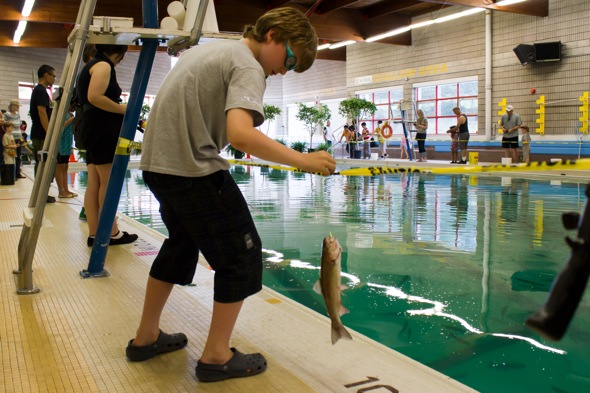 Last weekend, the community center's 25-meter pool was drained, filled with tap water, and then filled with over 2,000 rainbow trout.

"When we first came up with this idea, we were trying to think about how we could use our resources and assets in different ways," explains Director of Development and Community Engagement Susanne Burkhardt, "A pool is traditionally only a pool in the summer, but we wanted to find new ways to utilize what we have." 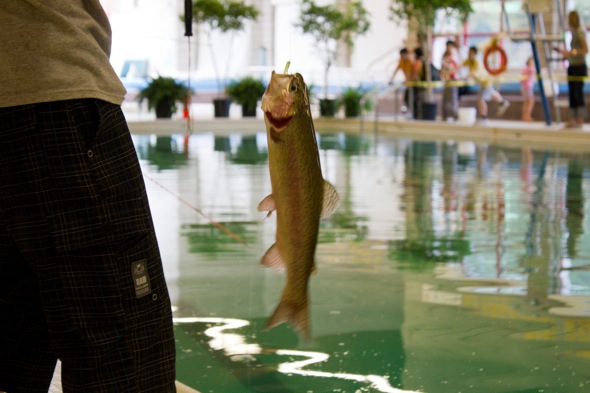 According to Burkhardt, Scadding Court adds a chemical to the pool that binds any residual chlorine - ensuring the trout's weeklong home is anything but toxic. An air bubbler is also added, allowing aeration in the pool to keep the fish healthy - and presumably, tasty. 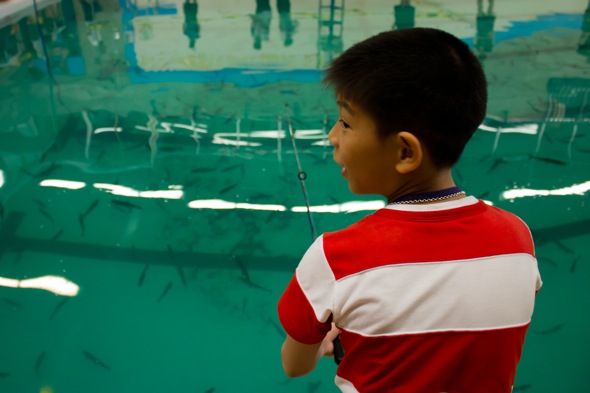 Once you catch your fish, you can head over to the kitchen where volunteers will gut, behead, and clean the fish for you before bagging it and sending you on your way. 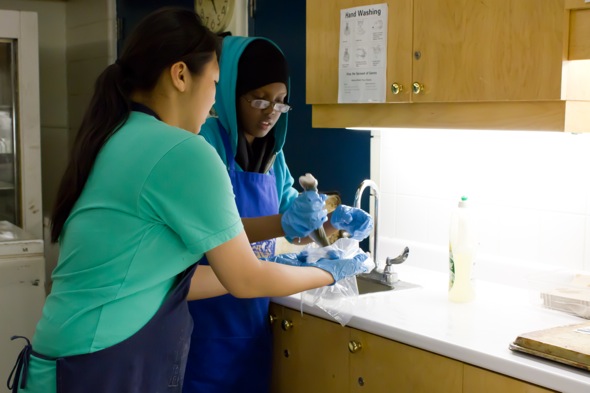 Post-cleaning, one young boy was quite distraught over the fact that his fish no longer had a head, but quickly forgot about that when he saw me standing nearby with my camera. "My fish is almost dead!" he declared, clutching his plastic bag. "Wanna see?"

Recipes for cooking rainbow trout are available to participants as they leave; or alternatively - for those who don't feel like carrying a fish home on the TTC - you can head upstairs to the Cafe where staff will cook the fish and serve it with rice and a salad for a small fee. 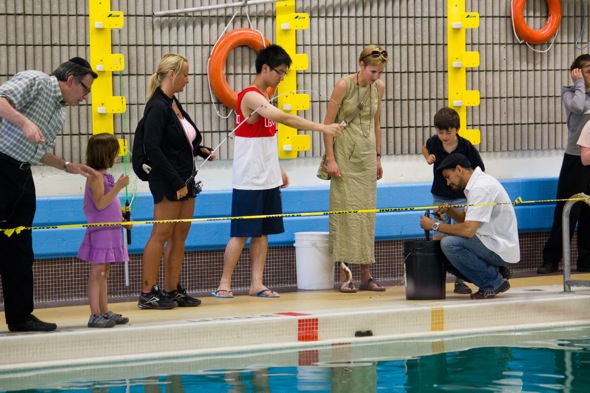 Burkhardt tells me the event is amazingly popular, drawing crowds of all ages and ethnicities. The success of this program has led the center to think about other innovative ways to use what they have - and next week, while the pool is still filled with tap water, they're inviting dog owners to bring their pooch in for a swim.

"It sounds a little out there," laughs Burkhardt, "but when we started the fish pond nine years ago it sounded way out there as well, and now its turned into a regular, successful event."