Twitter was temporarily abuzz last Friday with word that Le Gourmand at Richmond and Spadina had not only reopened, but was giving away free food. The good news about the free cookies and coffee was, alas, short lived - but fans of the French-inspired cafe and grocery shop still expressed relief at the return of the neighbourhood staple after the freebies had run dry.

It was three months ago that we reported on the location's demise (and five months before on the closure of the Yonge St. location). One was left to assume that there were ownership or management problems given the fact that the outward appearance of success -- the most obvious being their general busyness -- didn't add up to long term stability.

Our inquires as to the nature of the previous failure of the business were met with a vague response about the recession. But it's not surprising that Milton Nune isn't the one responsible for this restoration of Le Gourmand. Although I've yet to receive all the details on the new owners, a revisit for more information on the most recent incarnation of the cafe is in the works.

Management promises that "customers can expect what they've always come to expect," but it'll be interesting to see if the concept, food, service or decor is changed in any meaningful way. Not always known for having the most speedy or polite staff in the past, this fresh start may prove an opportunity to address some of theses issues. 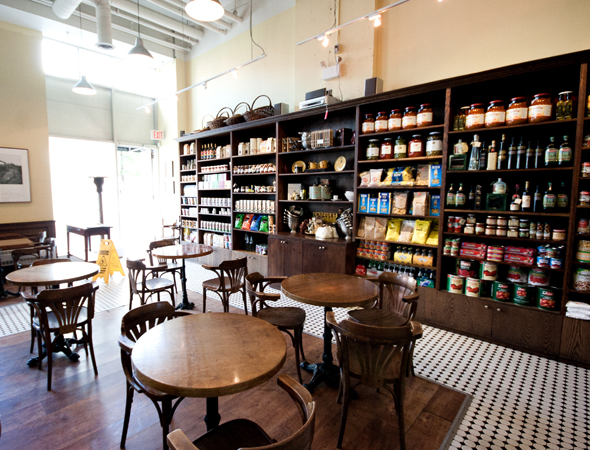 Photos and notes from Dennis Marciniak