The worst things about Toronto according to artificial intelligence

What's the worst thing about living in Toronto? Depending on who you ask, the answer might vary.

According to OpenAI's large language model, ChatGPT, some of the negative aspects of Toronto range from the high cost of living to ongoing construction in many parts of the city.

The chatbot can be used for natural language processing tasks such as text generation and language translation. ChatGPT has the ability to generate human-like text responses and interacts with users in a "conversational way."

Although ChatGPT only has access to information up to 2021, it's quickly gained lots of attention for its detailed responses across many areas of knowledge.

When asked to name some of the worst things about Toronto, ChatGPT generated some interesting responses. 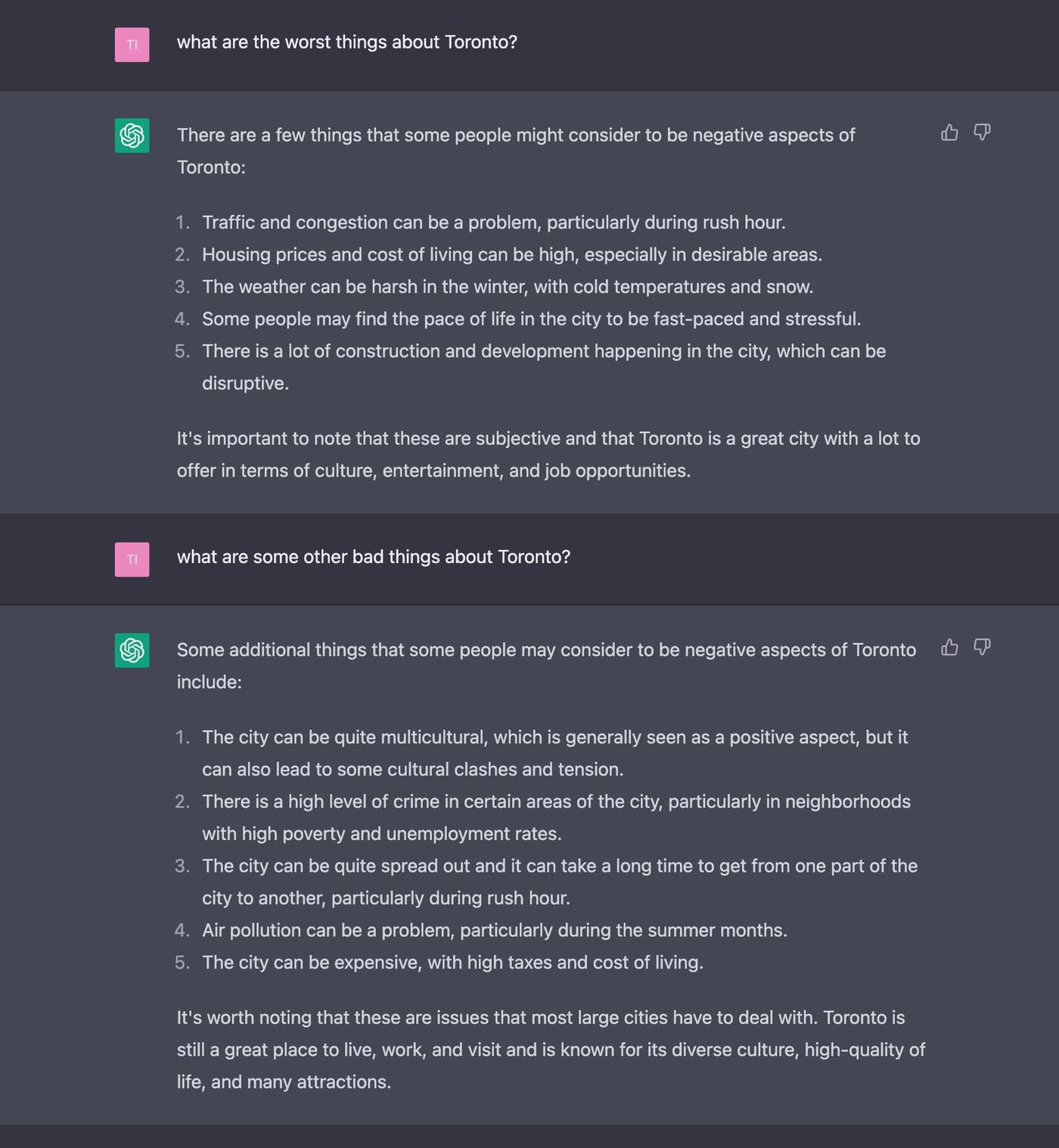 ChatGPT's responses when asked to name some negative aspects about Toronto.

Some of the negative aspects of Toronto the chatbot named include traffic and congestion, high cost of living, harsh weather conditions, fast-paced and stressful lifestyle, and disruptive construction.

When asked to name some of the other bad things about Toronto, ChatGPT noted the city's multiculturalism (which is generally a positive aspect, but can lead to "clashes" according to the chatbot), high levels of crime, difficulties commuting, air pollution, and once again, its high cost of living.

The chatbot followed these negative aspects with a positive twist, writing, "it's important to note that these are subjective and that Toronto is a great city with a lot to offer in terms of culture, entertainment and job opportunities."

ChatGPT also said it's worth noting that these are "issues that most cities have to deal with. Toronto is still a great place to live, work, and visit and is known for its diverse culture, high-quality of life, and many attractions."