Toronto neighbourhood is having a major problem with Canada Post mailboxes

Over the past several weeks, Toronto's Midtown community has seen an influx of shuttered Canada Post mailboxes, and it remains unclear why.

Recently, she noticed more and more "out of service" Canada Post mailboxes on Yonge Street between Bloor and Eglinton, and decided to post her findings on her Instagram stories.

"Just over the past few weeks as I was walking up and down Yonge Street, which I do frequently, I just noticed a lot of Canada Post mailboxes that I hadn't really noticed before," she told blogTO. 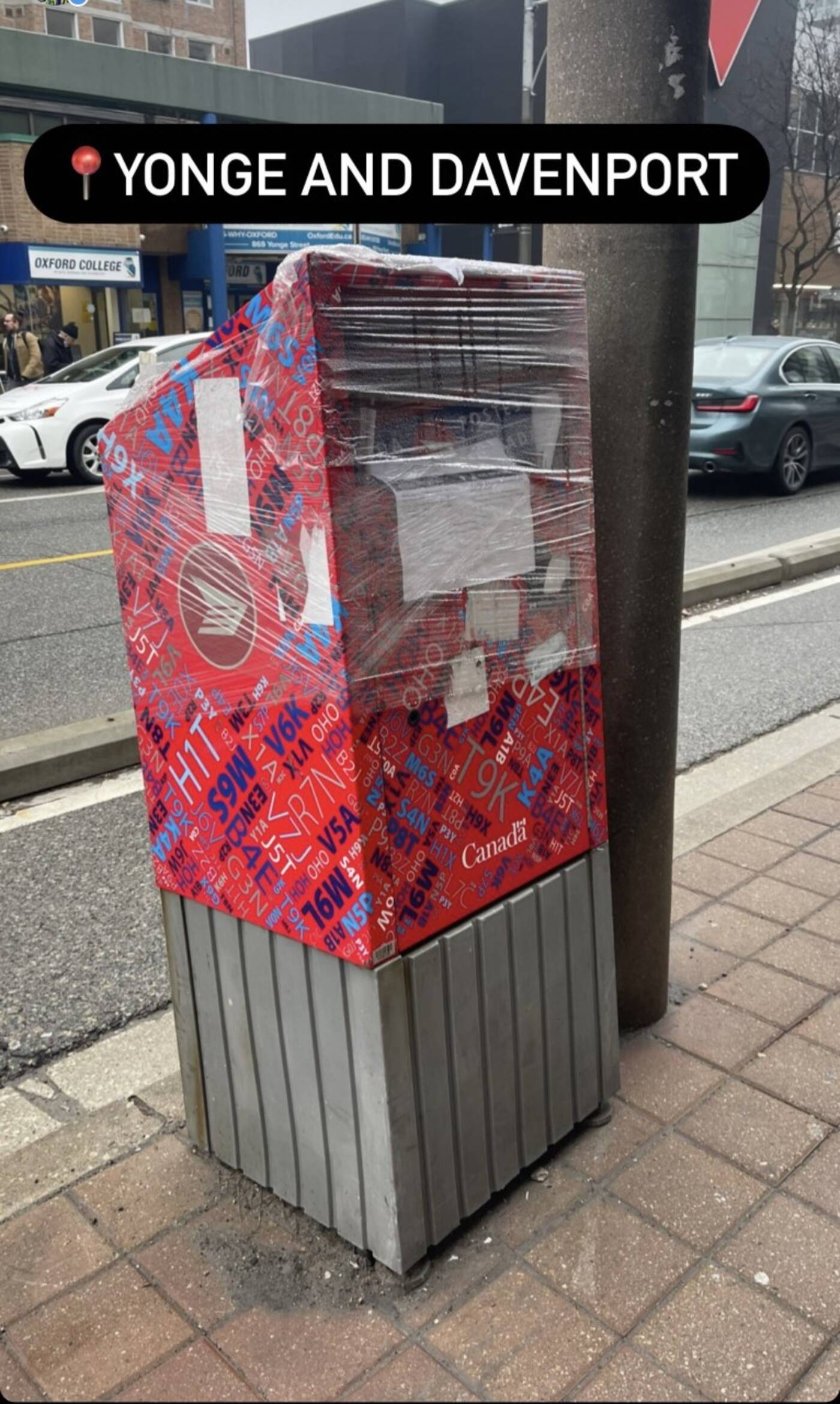 "They were all sort of boarded up with saran wrap and they said 'out of commission' or 'not in service,'" Joanna explained. 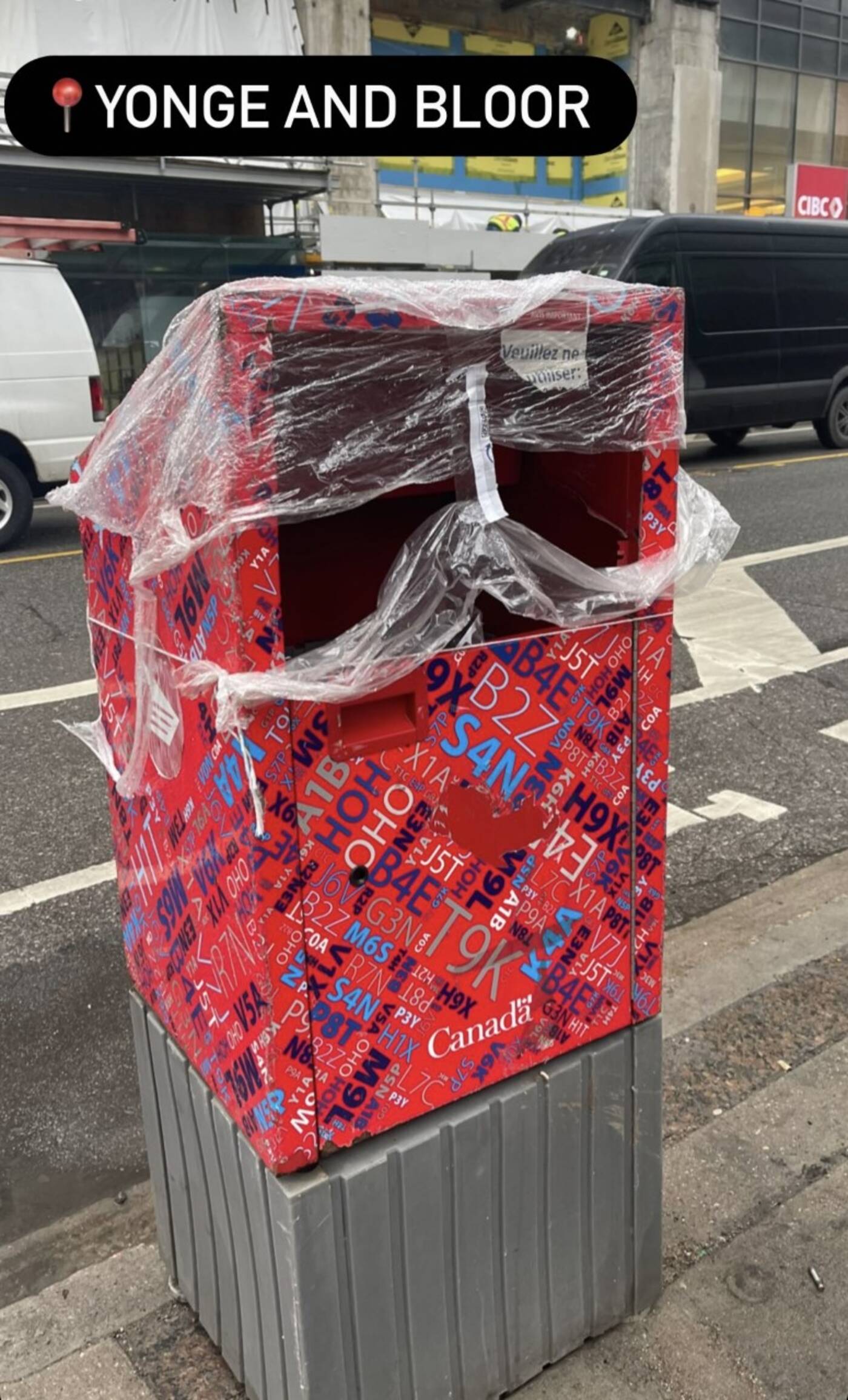 "The first few that I saw I thought it was kind of strange but didn't really think much of it, but then just in the past two weeks or so I've just noticed a huge influx in these mailboxes," she said. 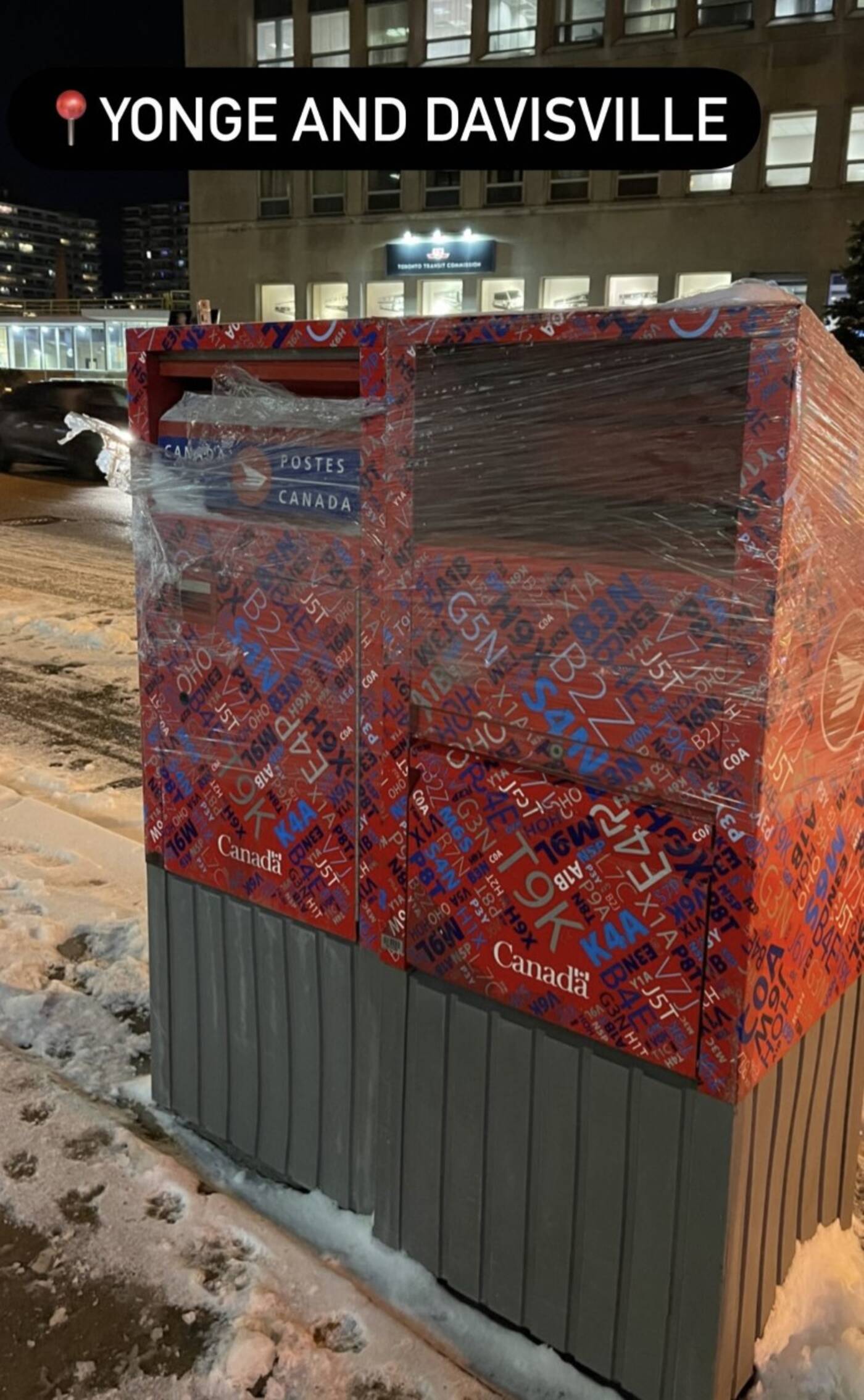 Joanna told blogTO that most of the mailboxes she's seen were either wrapped in saran wrap or face down on the sidewalk.

"I just thought it was strange and so I started taking pictures of it," she explained. 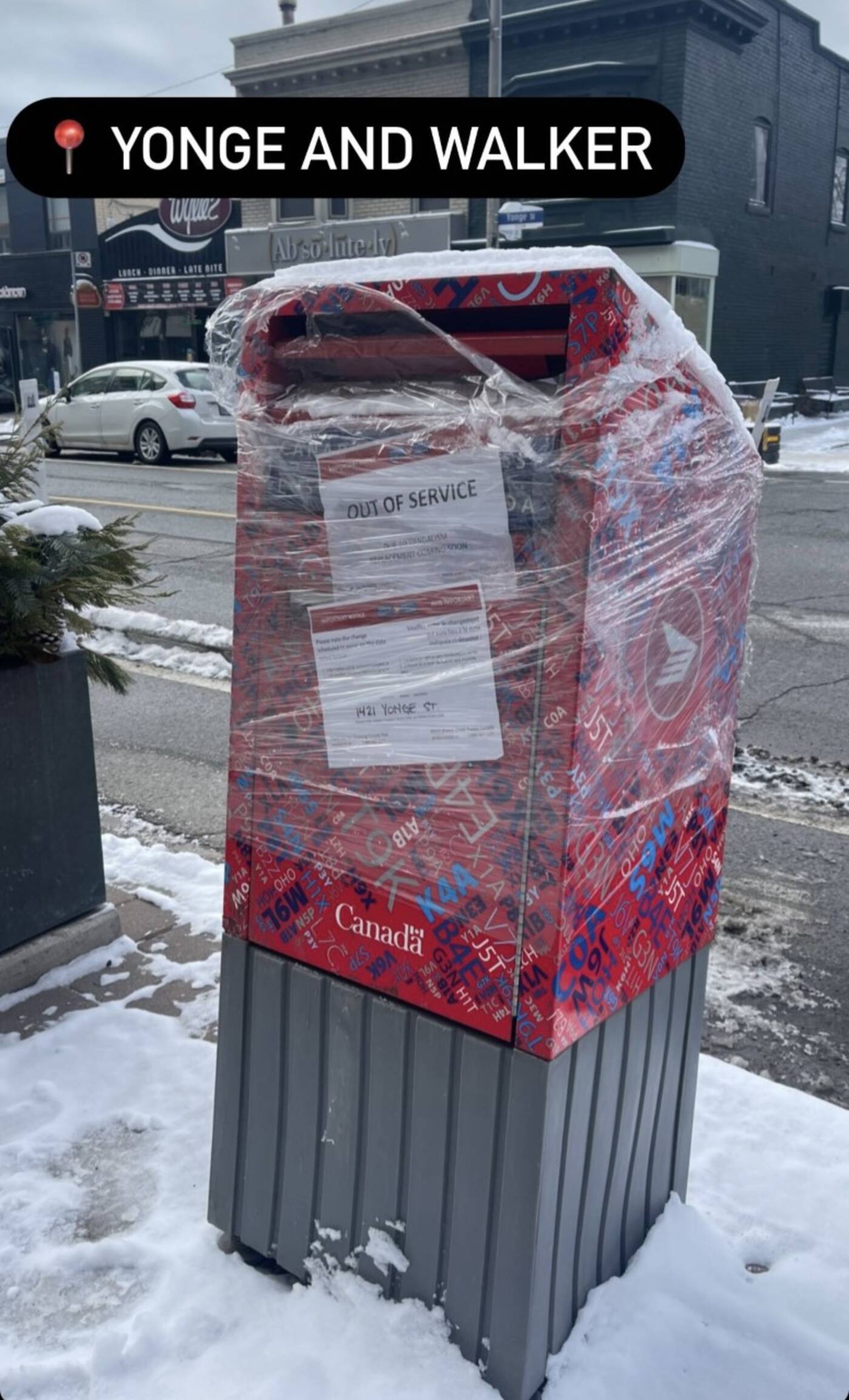 "Some of them just said 'this mailbox is out of service, please find the closest one at …' and then they gave an address," Joanna said. 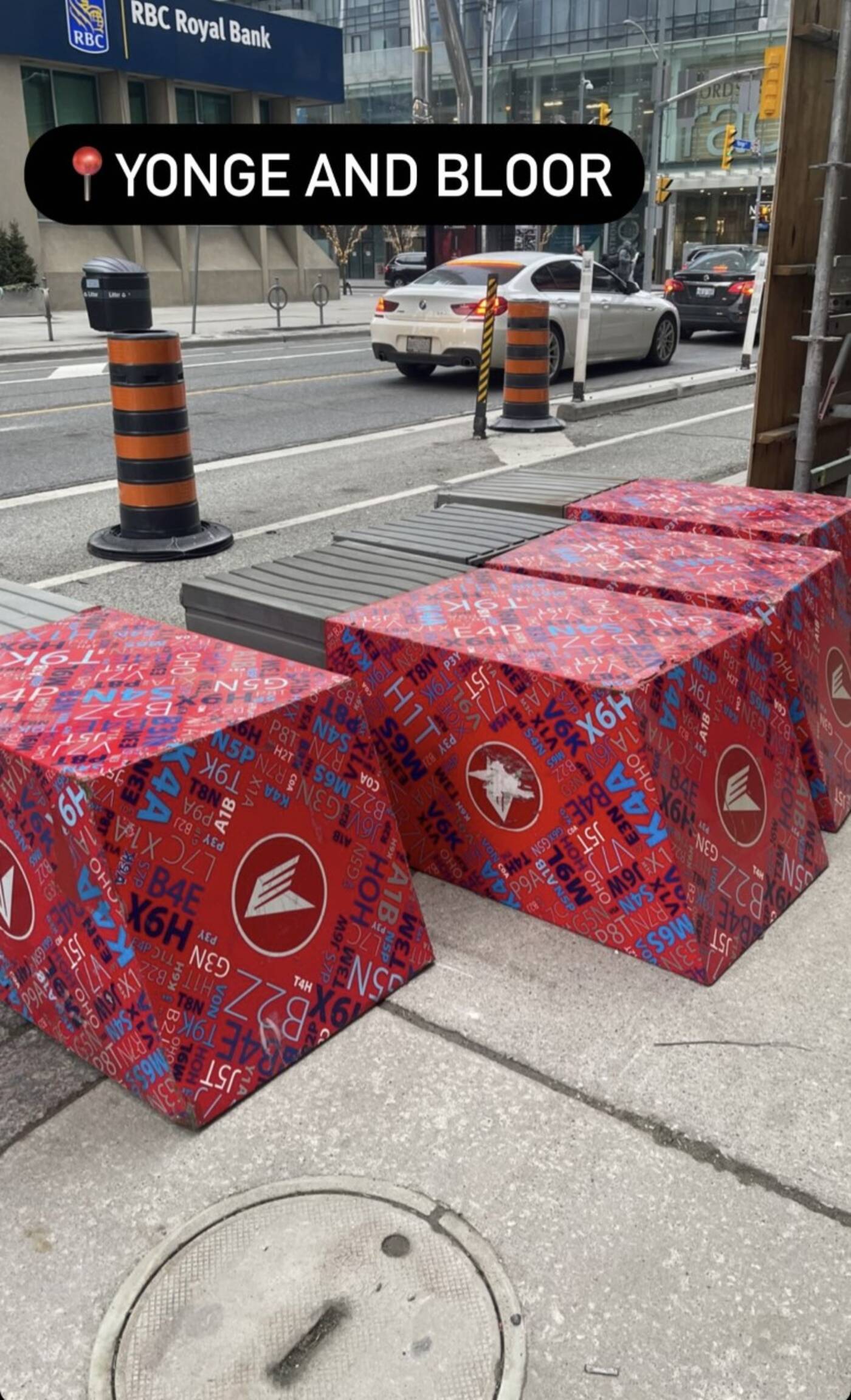 "Somebody did respond to one of my stories yesterday, to say that they had also noticed these mailboxes were popping up, so they went on the Canada Post website, but there was no information as to what was going on," she told blogTO. 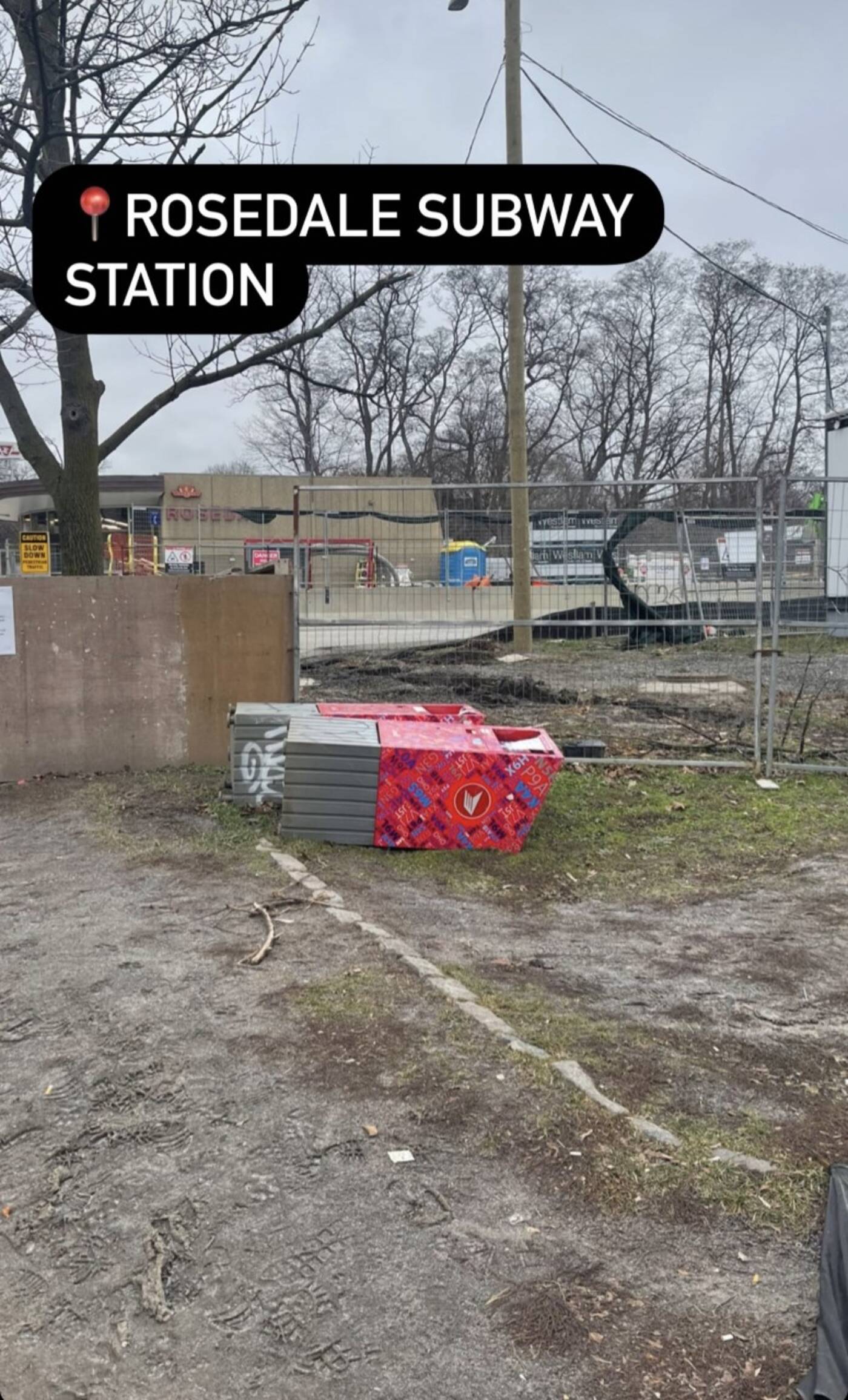 Joanna also said that some of the out-of-commission mailboxes had a few red Nepresso pod bags sitting next to them, which added to the litter in the area. 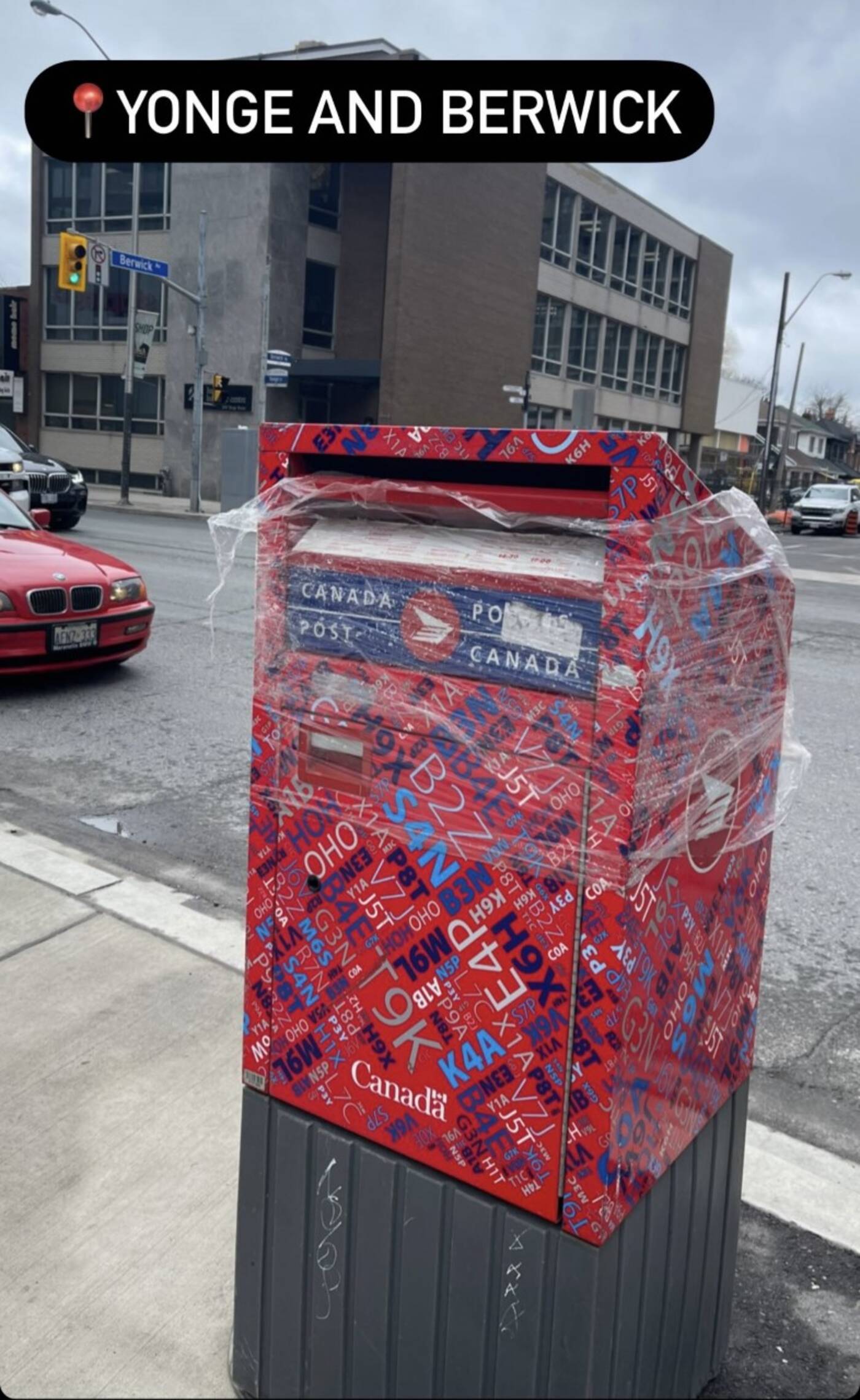 When asked about the mailboxes in this neighbourhood, Canada Post told blogTO they were looking into the issue and would share further information as it became available.