Toronto's famous life-sized dollhouse has been amusing neighbours for decades

The so-called Leslieville Doll House in Toronto has been amusing neighbours for years even though it's only one of many quirky homes in the city like the Greek House near Christie Pits and the former Terra Cotta house in the junction.

Situated at 35 Bertmount Avenue near Queen and Jones, the home's owners have transformed the front of the building into a collection of toys, stuffed animals, dolls and basically everything you used to play with as a kid.

Homeowner Shirley Sumaiser and her son have been tending to and growing the doll house for over 20 years. 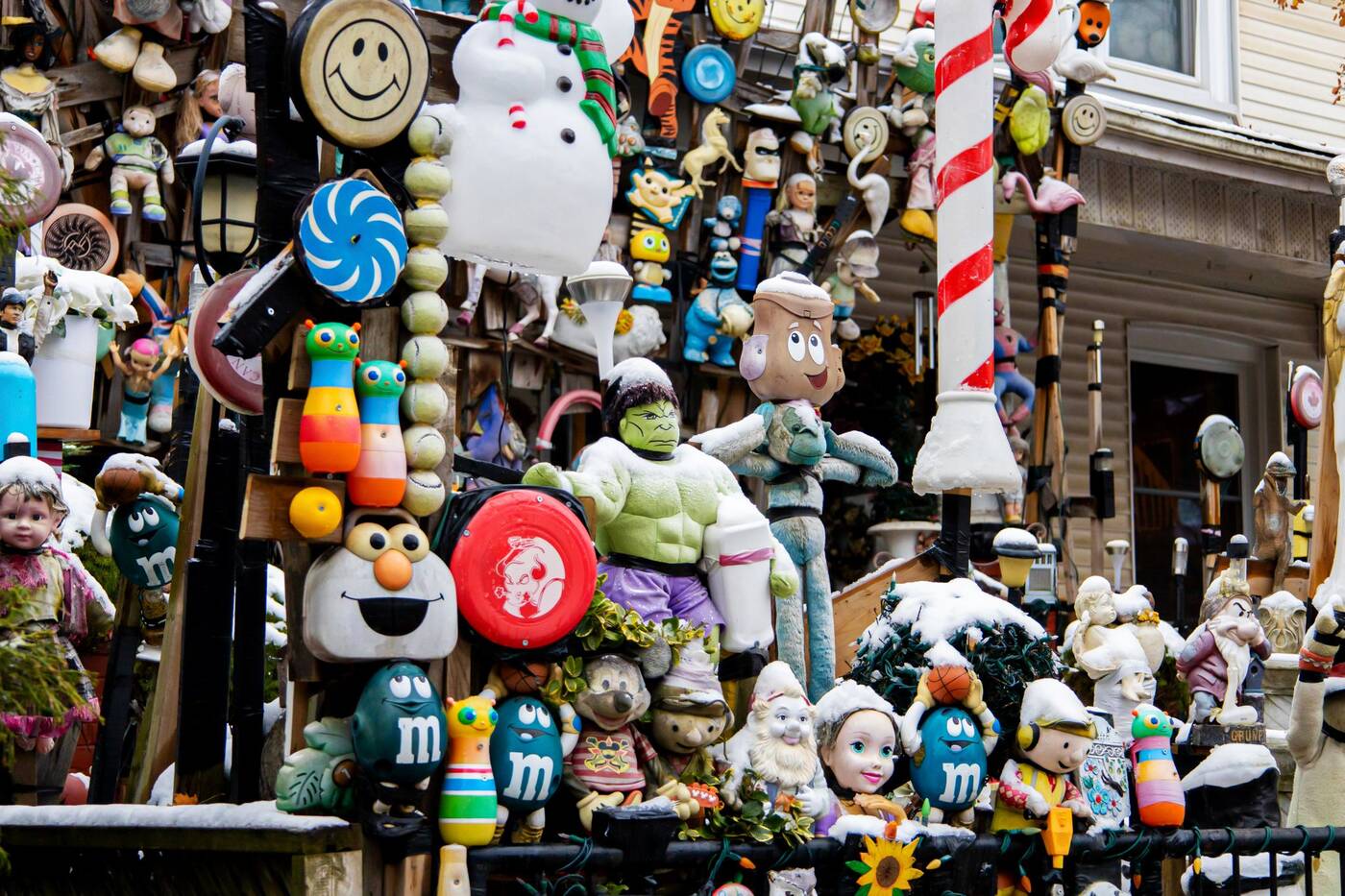 The entire front of the house, garden and fences is covered with trinkets and everything fun-like, leaving not one ounce of space unadorned.

It's practically a landmark in Leslieville, with virtually ever person in the area knowing where the doll house is and how to get there. 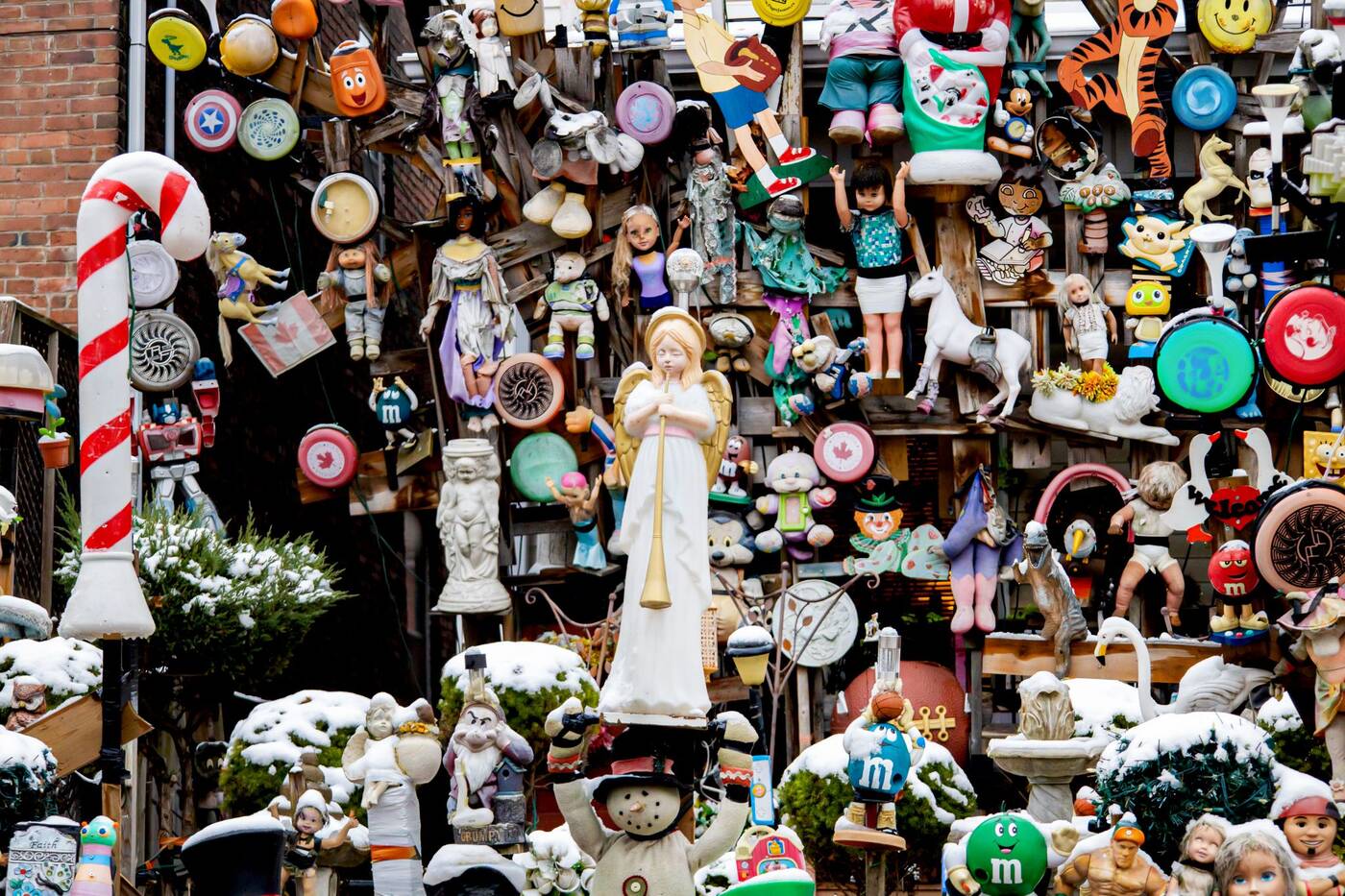 I visited recently when the doll house had been updated for the Christmas season, with more plastic Santas, bells, wreaths and snowmen than usual. 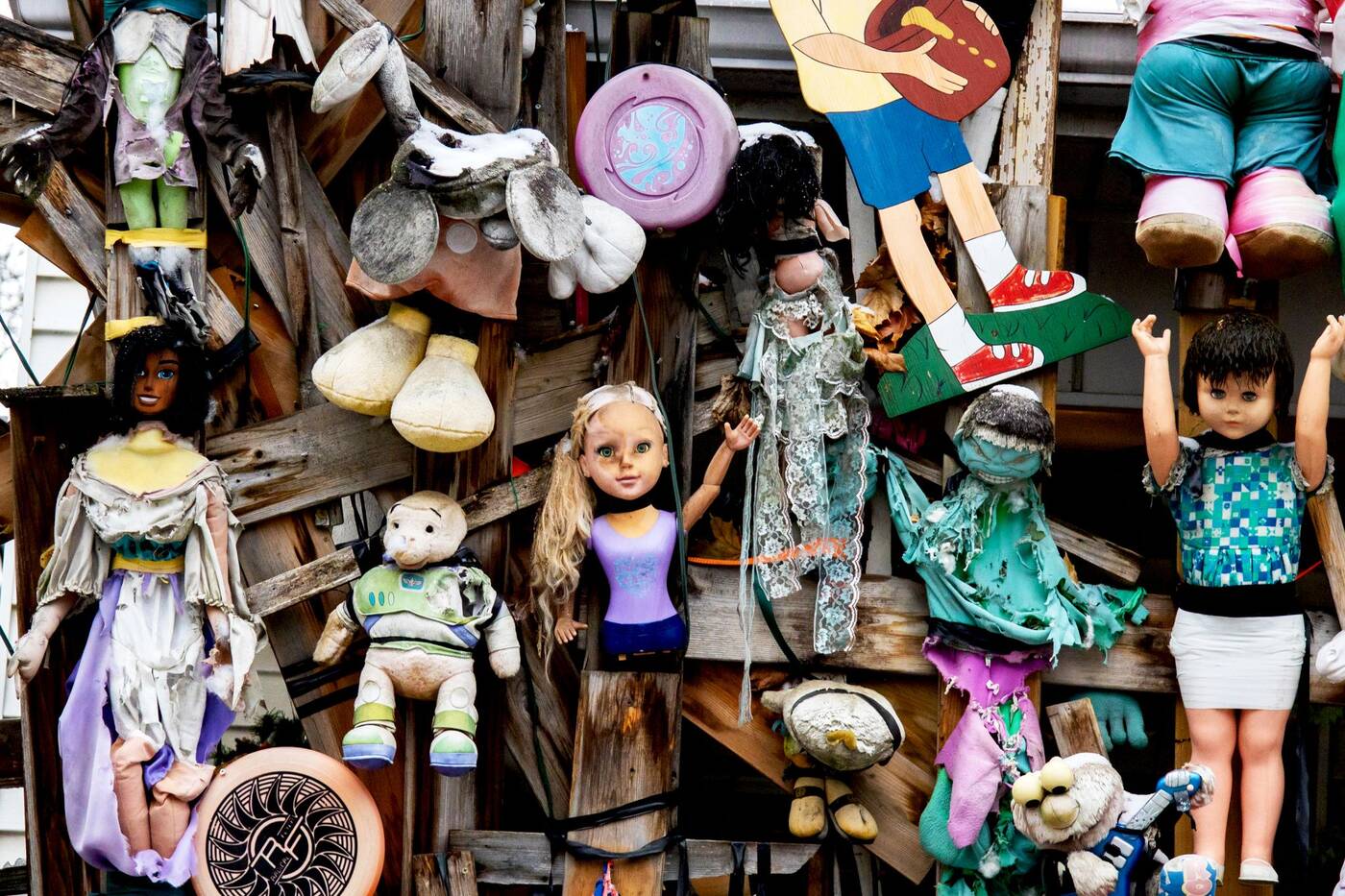 A close up of the dolls show they've weathered some seasons and probably had seen some better days, but they add to the charm of the house for sure. 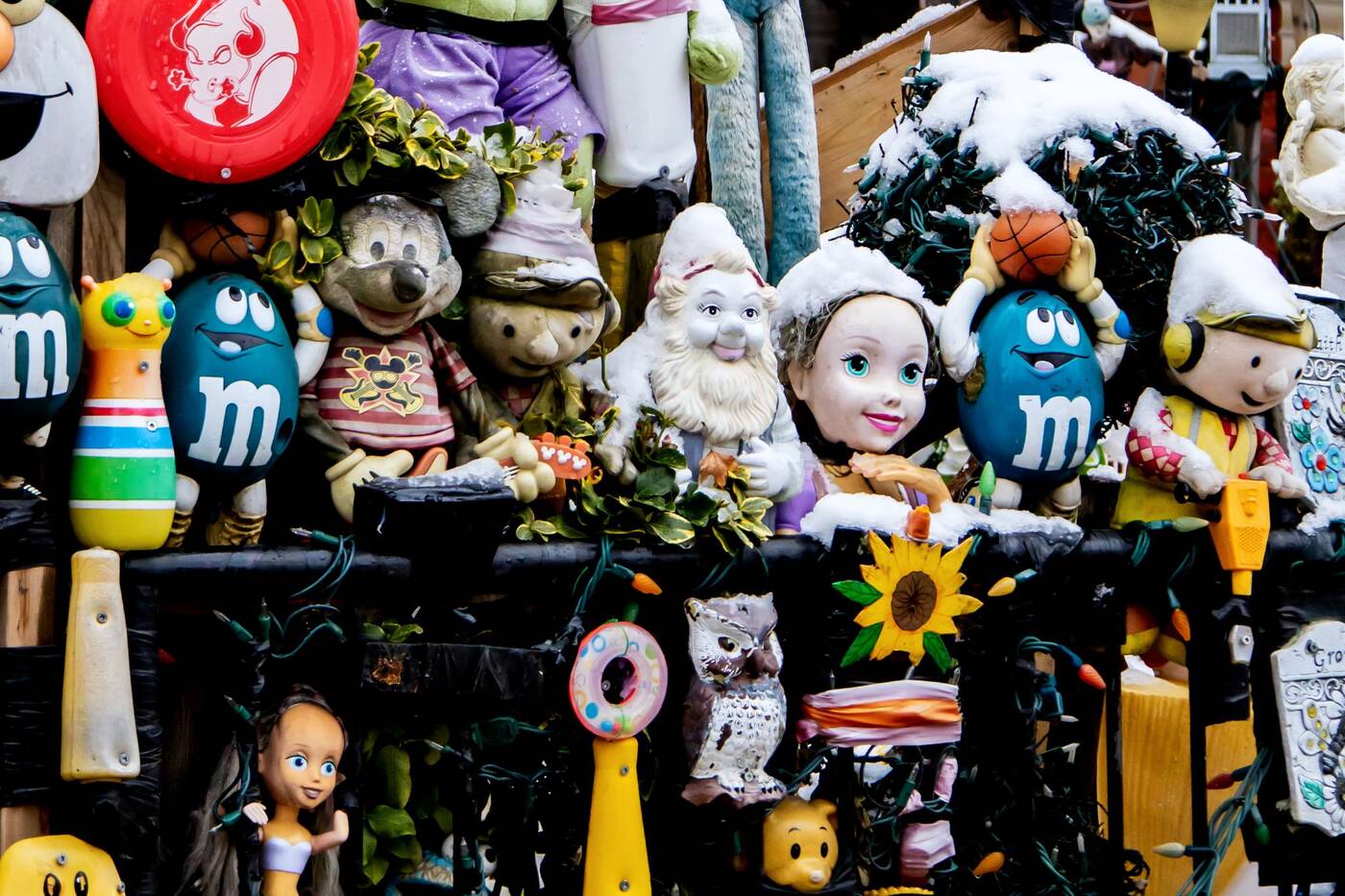 It's certainly a distinction from the rest of the brown and beige hued homes that line Bertmount. 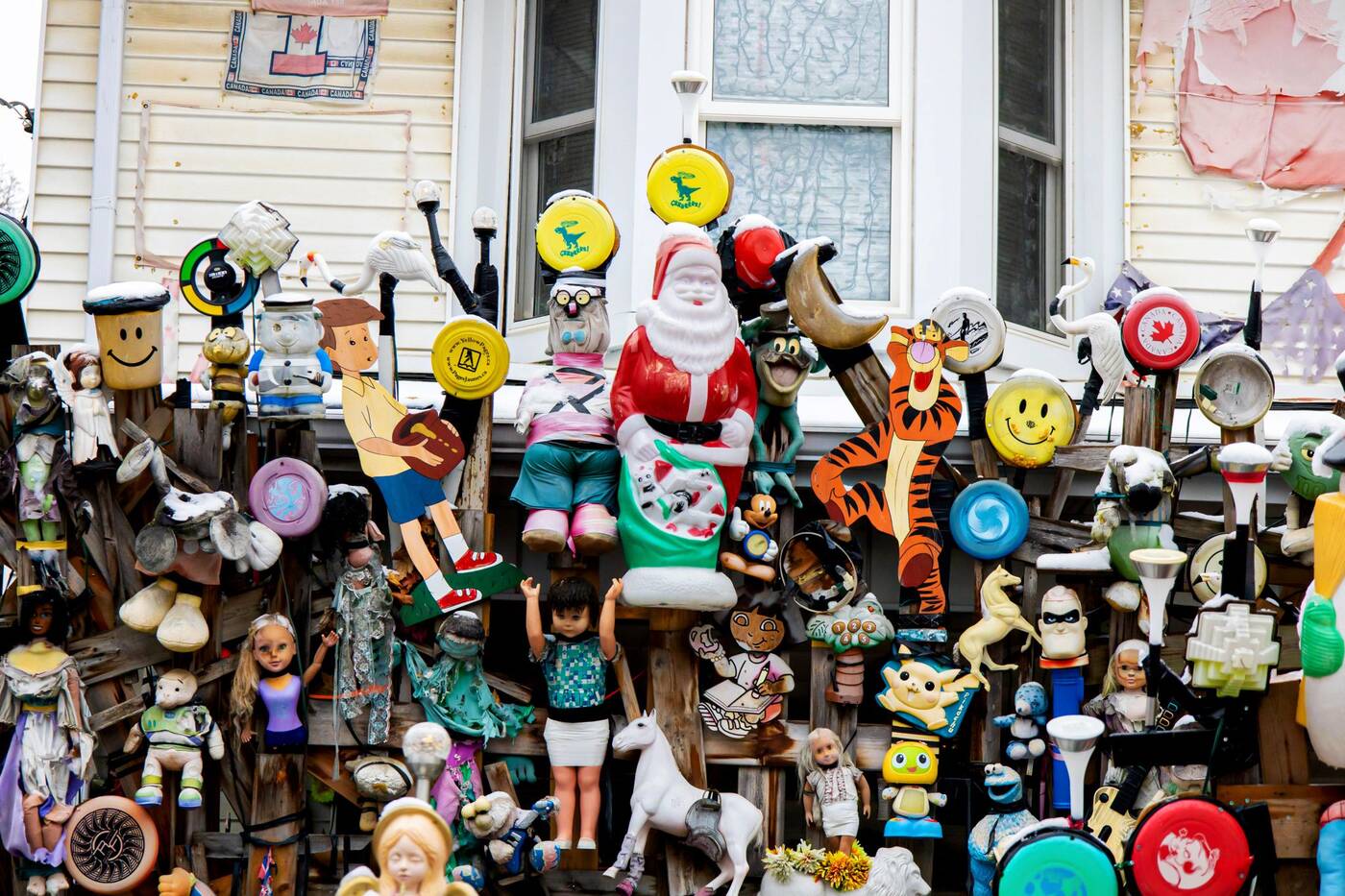 Neighbours tell me that it's a joy to have the dollhouse on their street and that homeowners have been tending to it for over 20 years now.

So next time you're in Leslieville, be sure to stop by the Dollhouse to get a dose of nostalgia from your childhood.