Warden TTC Station is a few months into a major reconstruction that will completely alter the look of the 1968-built subway station, all part of the transit agency's sweeping accessibility upgrades program.

The project involves a partial demolition and partial retention of the existing station building at the southeast corner of St. Clair Avenue East and Warden Avenue. 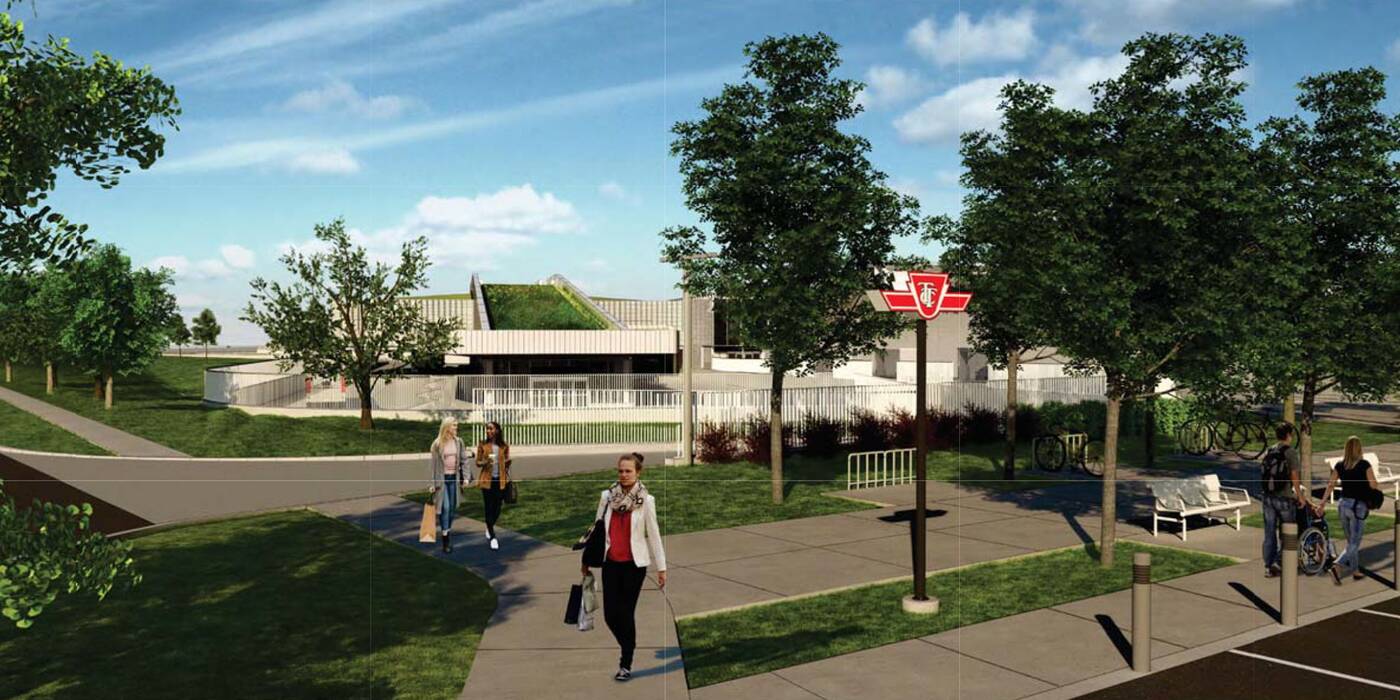 With some elements of the work already underway, the plan took a big step forward in late November when the TTC submitted a revised application for site plan approval with the city, one of the final steps in the planning process before the new station building can rise.

The station rebuild includes a series of accessibility upgrades, most notably through the partial demolition and construction of a new Strasman Architects (SAI)-designed bus terminal containing an accessible concourse.

Upgrades are designed to make the station and the bus terminal more easily accessible for passengers, especially those with disabilities and other mobility constraints.

The renderings paint a picture of a brighter future for Warden, one that apparently includes the station's famous beef patties. 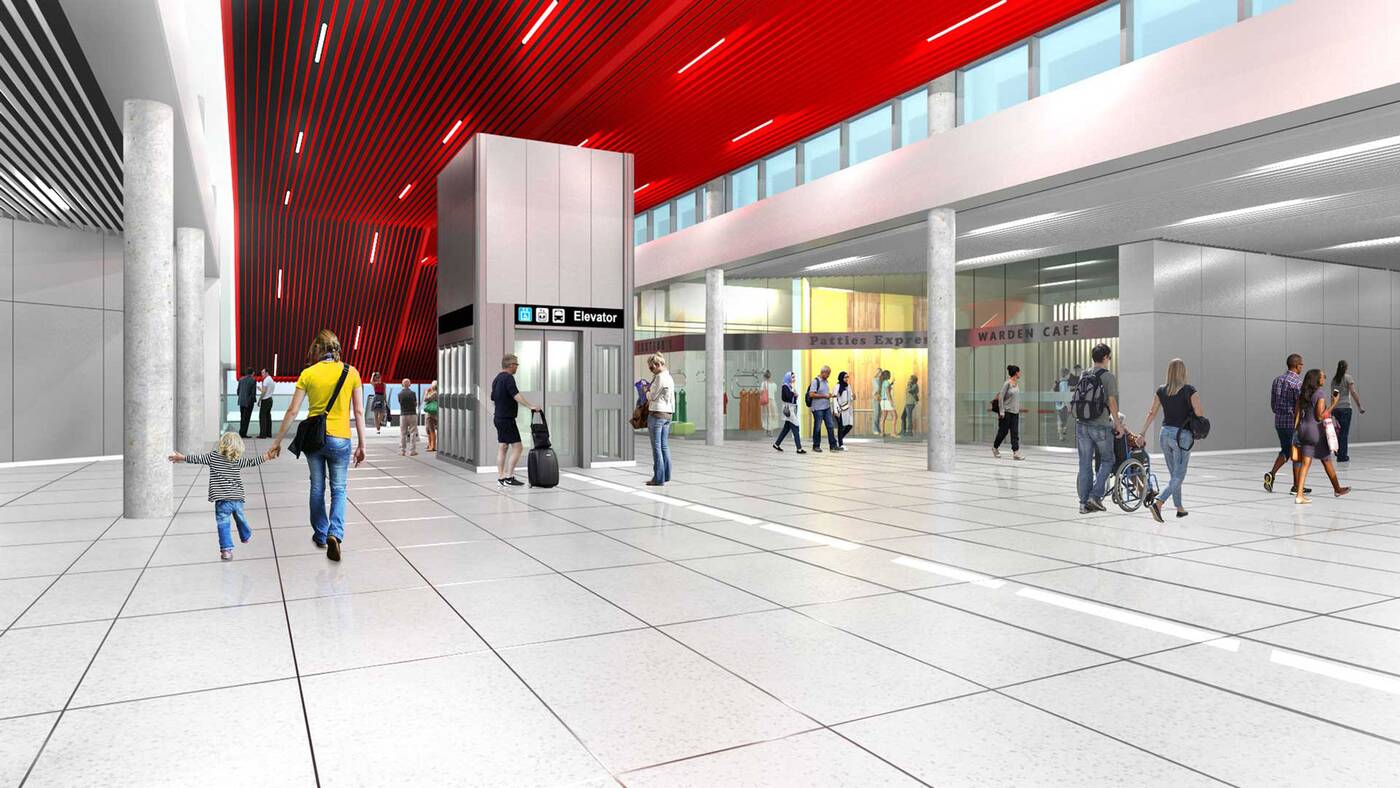 As noted in earlier reports on the station reconstruction, renderings produced by SAI show current businesses Patties Express and Warden Cafe remaining in the mix, so Scarborough commuters looking for their subway snack fix can breathe a sigh of relief for now.

A temporary bus terminal is scheduled to enter service in 2024, while the station rebuild is expected to be complete by 2026.