One of Toronto's busiest subway stations is getting a massive makeover

Big changes are on the way for Warden station, one of Toronto's major suburban transit hubs and home to the city's favourite subway beef patty.

As part of a larger city project to overhaul the surrounding intersection, Warden station is expected to see massive upgrades, implented in different phases, over the next five years. 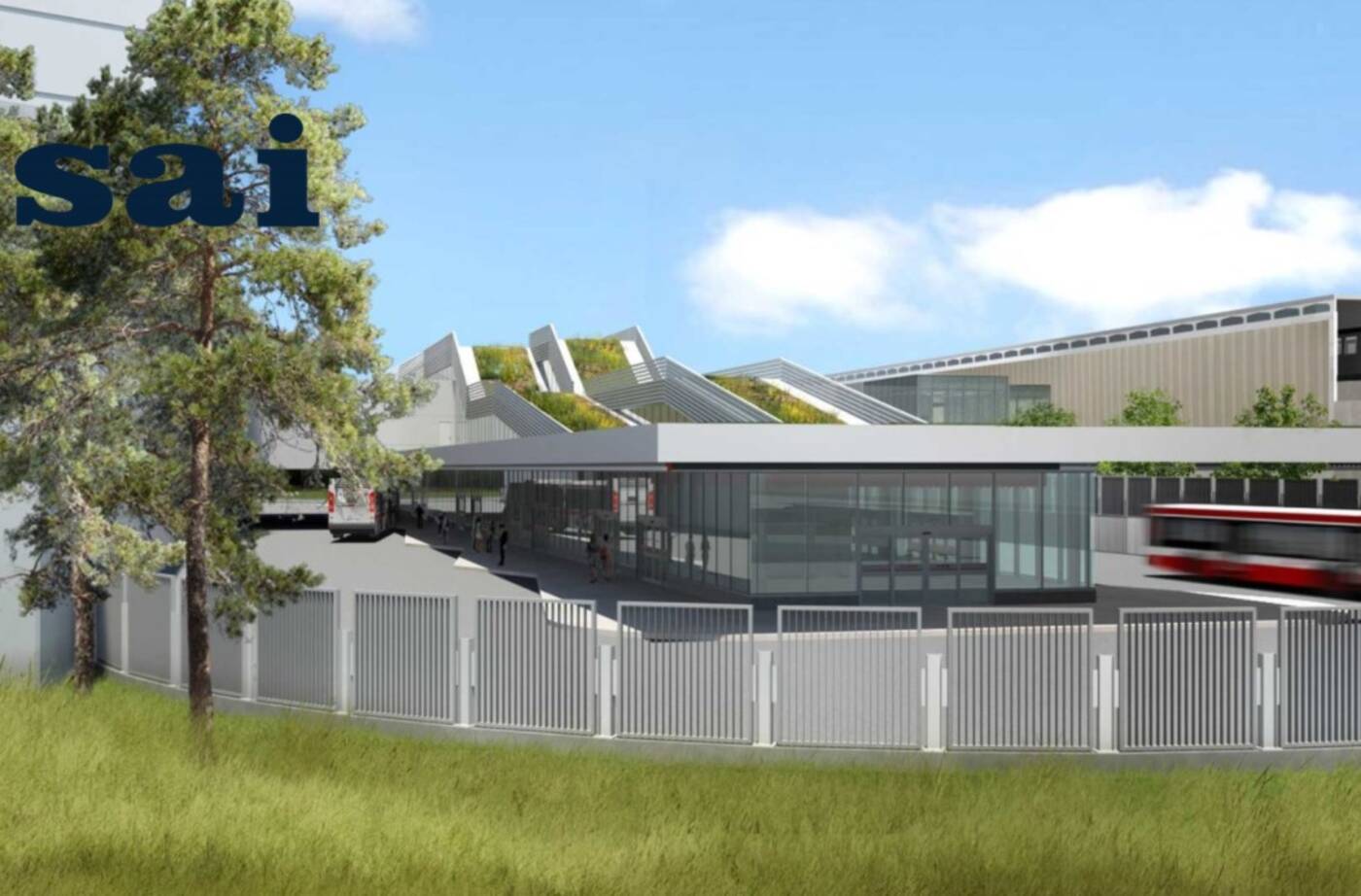 Warden subway station is expected to see major changes that will take years to complete. Photo via SAI.

Included in the upgrades will be a new three-level hub containing a revamped bus concourse, entrance, subway platform and bus terminal.

The station will remain open during the construction but according to TTC spokesperson Stuart Green, all shops inside will eventually have to close.

Under CreateTO, part of the TTC commuter parking lot will become mixed-income housing.

Before the pandemic, the TTC reported that the station saw an average of 39,980 riders per day in 2018. Up until now, the 53-year-old station has failed to meet wheelchair accessibility standards due to a sprawling bus bay with nine individual bus platforms. 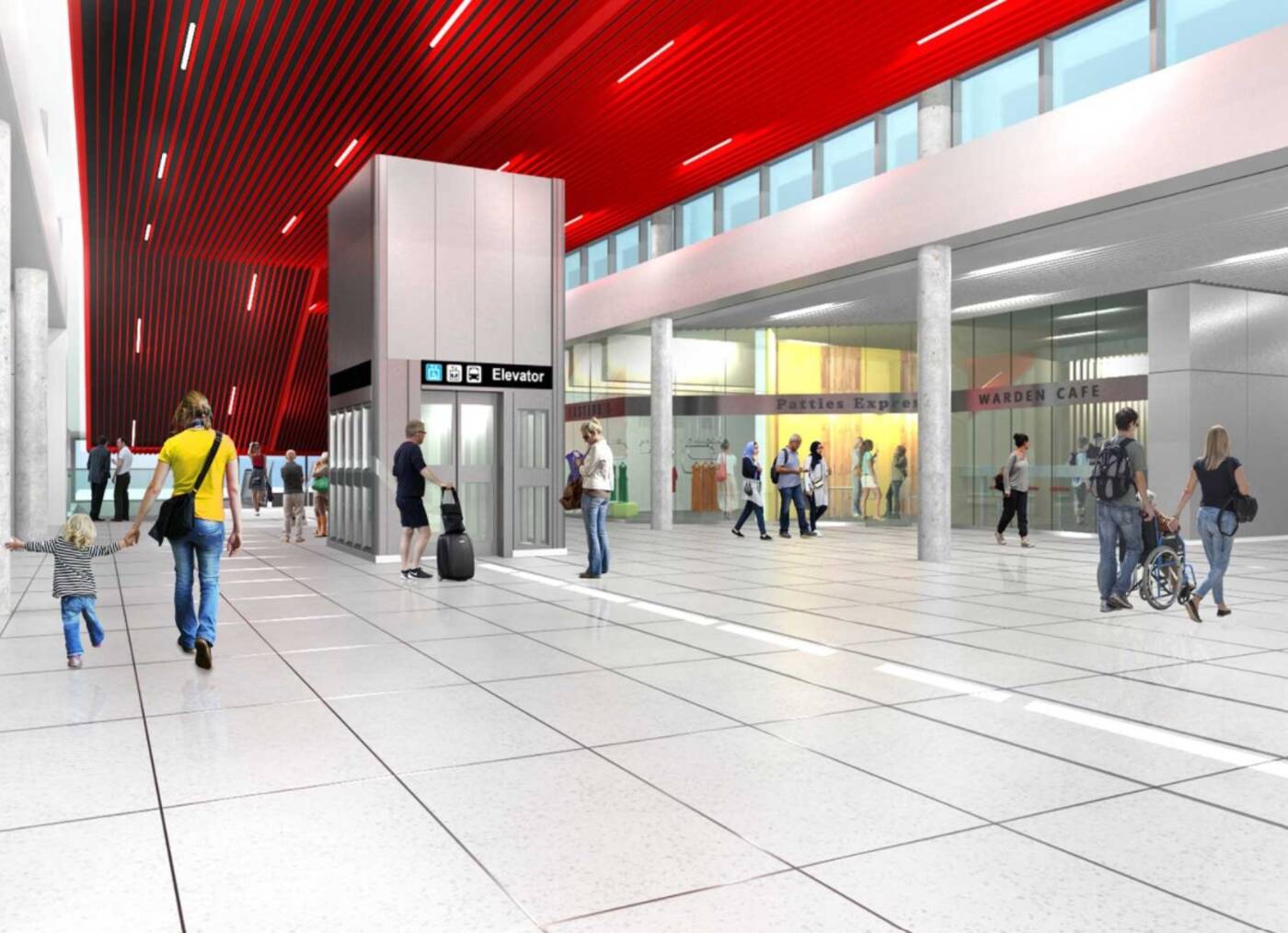 New elevators and escalators will be added to the station to meet accessibility standards. Photo via SAI.

While other subway stations have gotten the necessary changes under the Easier Access program, Warden station, along with Islington station, is one of the last slated for accessibility upgrades.

According to a design by architecture firm SAI, the Warden's bus bay will be replaced by an island terminal that's been reconfigured with barrier-free transfers.

There will also be elevators and escalators in the concourse for easier passenger access. 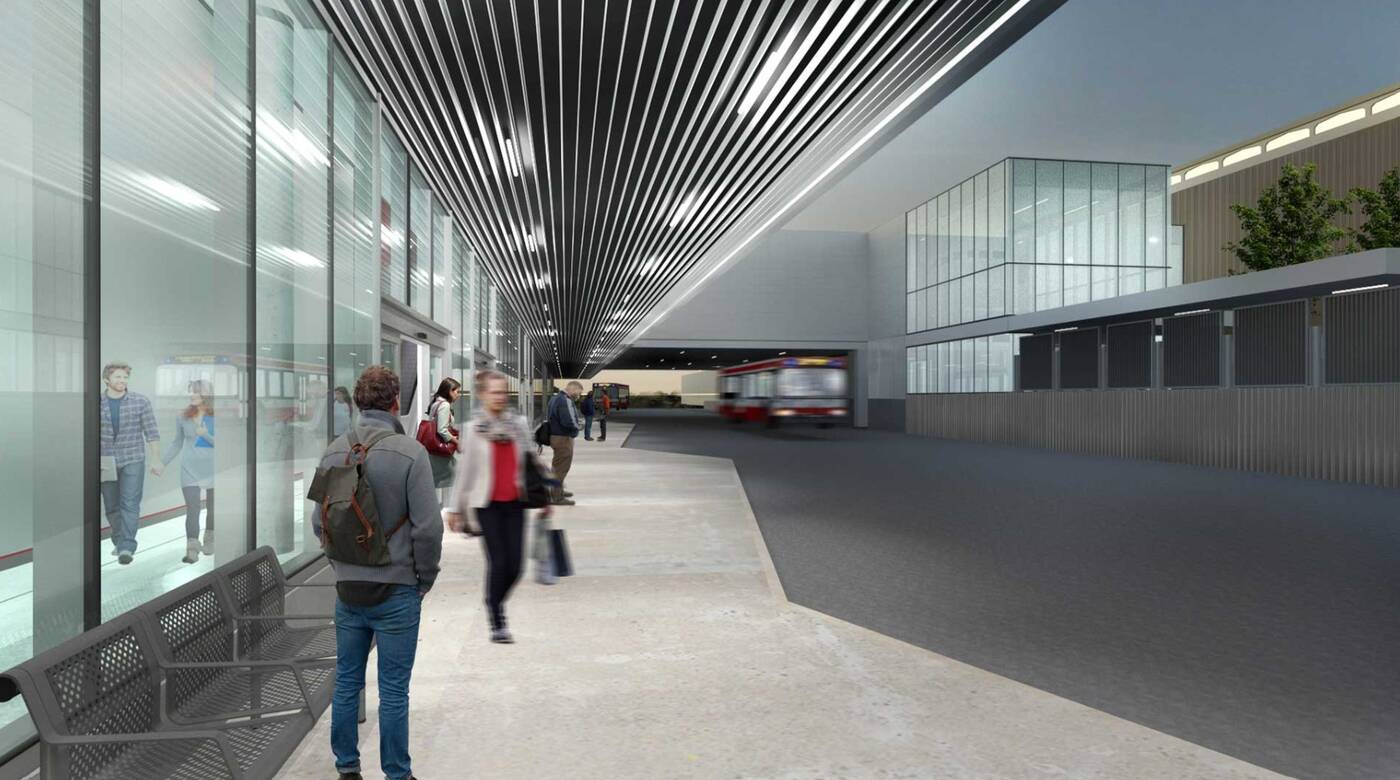 A wave-shaped roof could potentially see a green roof added on top.

Green told blogTO that the first phase will start with the addition of an elevator, linking the passenger pickup/drop off area to the subway platform.

Construction on that is expected to start in 2022 and be completed by the end of 2023.

A rendering from lead architecture firm SAI shows how buses, pedestrians and subways will navigate the revitalized station externally. Photo via SAI.

According to lead architecture firm SAI, the three-level hub will replace the existing facility with a new bus terminal, concourse and subway platform access.

A temporary bus terminal will be built by the end of 2024, while the permanent terminal and station are expected to be complete sometime 2026, according to Green.

The shops in Warden station will be allowed to remain open during the elevator portion of construction, but they'll have to leave during the demolition and reconstruction of the bus terminal.

Six retail spots will reopen in the new terminal, but it's not clear which stores exactly will return to the space. SAI's renderings show an optimistic future, with Patties Express and Warden Cafe still operating inside, though no Bakery On The Go.