A series of futuristic bridges are in place, a human-made river valley is taking shape, and soon, the dams will be broken, and water will flow around what will become Villiers Island to form the jewel in the crown of Waterfront Toronto's Port Lands Flood Protection Project.

The project is creating 25 hectares (62 acres) of parks and green spaces along the new naturalized mouth of the Don River, including an increasingly ambitious plan for the island's main public space known as Promontory Park.

New images are offering up a more detailed look at some of the park's proposed components, which feature whimsical designs from acclaimed landscape architects Michael Van Valkenburgh Associates (MVVA).

Placed next to the Don's new re-naturalized river mouth, the park is set to be a destination for nature enthusiasts, but could also offer a standout family attraction in the form of a "Destination Playground" revealed earlier in 2022.

As the name implies, the playground is planned — though currently unfunded, like many city aspirations — to be a destination meant to draw visitors in from across the city.

An aerial overview of the Destination Playground provides a better idea of what could soon be a centrepiece for the rebuilt Port Lands area, offering a range of spaces suited to all ages. 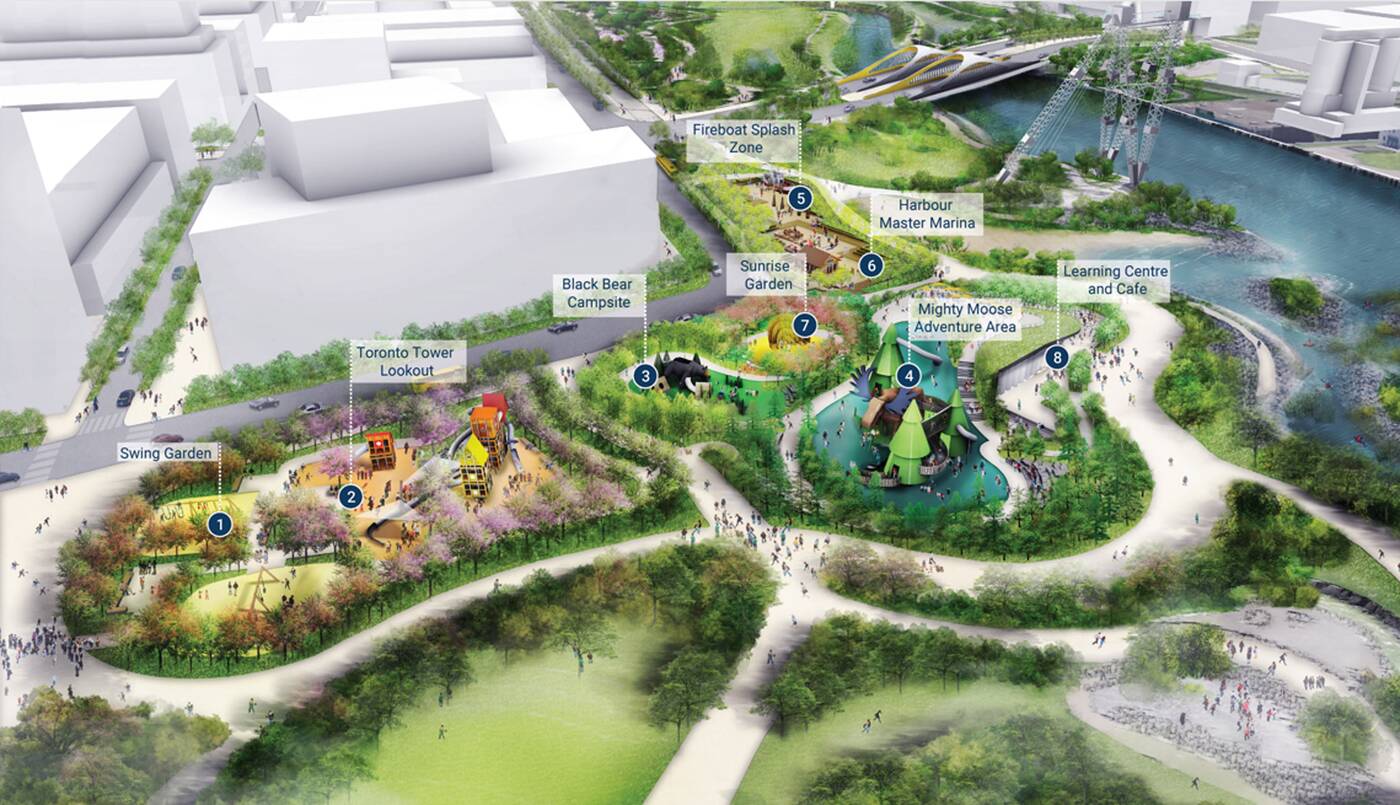 In a recent Waterfront Toronto blog post, Matthew Urbanski, partner at MVVA, says that the massive Port Lands Flood Protection project should offer play landscapes that are "memorable and exciting – offering a sense of fun that brings families back for multiple visits during different seasons of the year."

"As a Destination Play area for all of Toronto, it would be able to offer experiences above and beyond those that can be found in your local neighbourhood playground," says Urbanski. 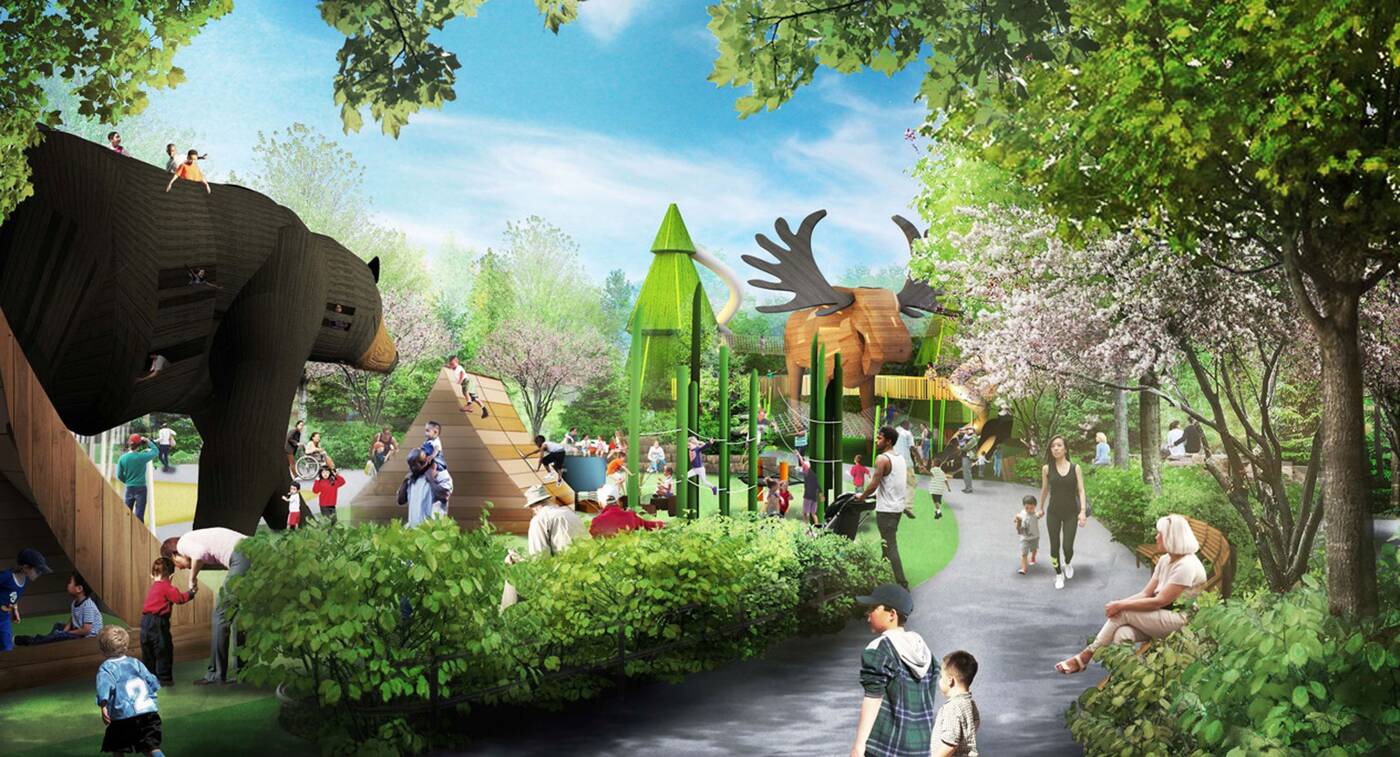 "The exceptional size of the play areas, unique experiences, juxtaposition of a natural environment within an urban setting, complex spatial arrangement, and popular play elements deployed in unusual and interesting ways would all contribute to a sense of the extra-ordinary that will attract children from all over the region."

Promontory Park's southern portion will be delivered as part of the Flood Protection Project, though the unfunded north portion — which includes the Destination Park — is not scheduled to begin construction until February 2024, with an anticipated opening in April 2026.