Rivers are typically formed by natural means like gravity, but here in Toronto, they're created with engineering, excavators, and a whole lot of money.

Waterfront Toronto is recreating a natural river valley and mouth for the Don River in an effort to undo the ecological damage of the city's industrial heyday, where polluted marshlands around the former delta were filled in to create new land for industry.

Work is quickly progressing for the re-naturalized outflow through the Port Lands area, and Waterfront Toronto recently announced that excavation of the river valley is now complete, sharing an aerial overview of the new land feature.

Drone footage highlights the curving course of the new river valley as it winds through former industrial lands.

The now-complete excavation averages 100 metres wide, carving a kilometre-long path along Don Roadway and west across Cherry Street, where the river's new mouth will empty into Lake Ontario. 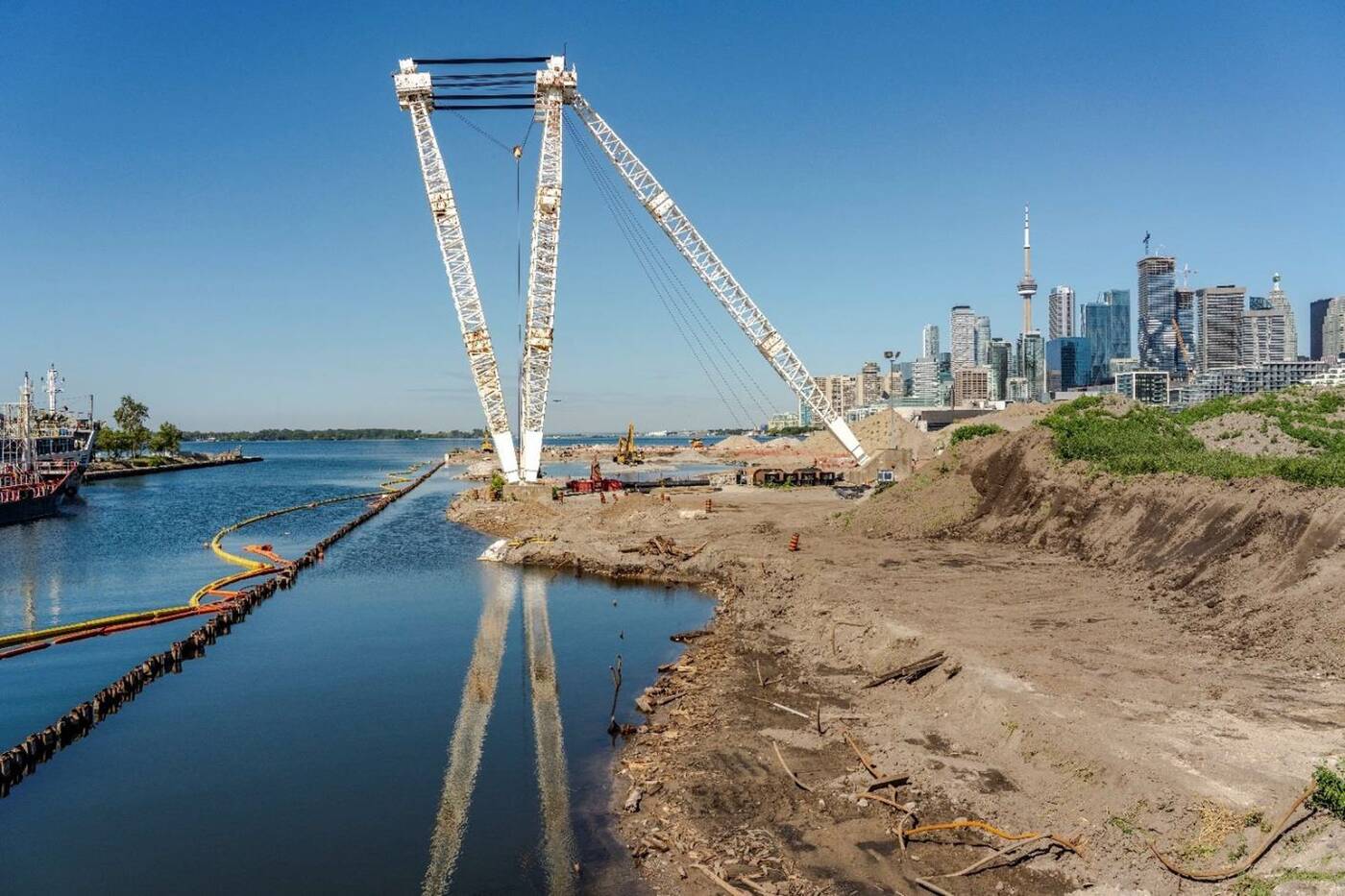 Though water has yet to flow through the new river mouth — 'plugs' currently cap both ends of the new valley at the Keating Channel and Toronto Harbour — you can already see bridges crisscrossing the winding trench.

Futuristic-looking bridges connect a realigned road grid through a new island to the surrounding lands. The first of these four bridges serving what will soon become known as Villiers Island opened this fall on a newly-realigned Cherry Street, while a new pedestrian crossing was also put into place in recent months.

The areas around these bridges seem relatively barren, for now, but the greening of the new river valley has already begun. Planting began in May and continued through the fall, with between 18,000 and 22,000 plants delivered weekly during this period.

New wetlands are being protected by wires with colourful ribbons, discouraging birds from messing with the plantings as they take root. 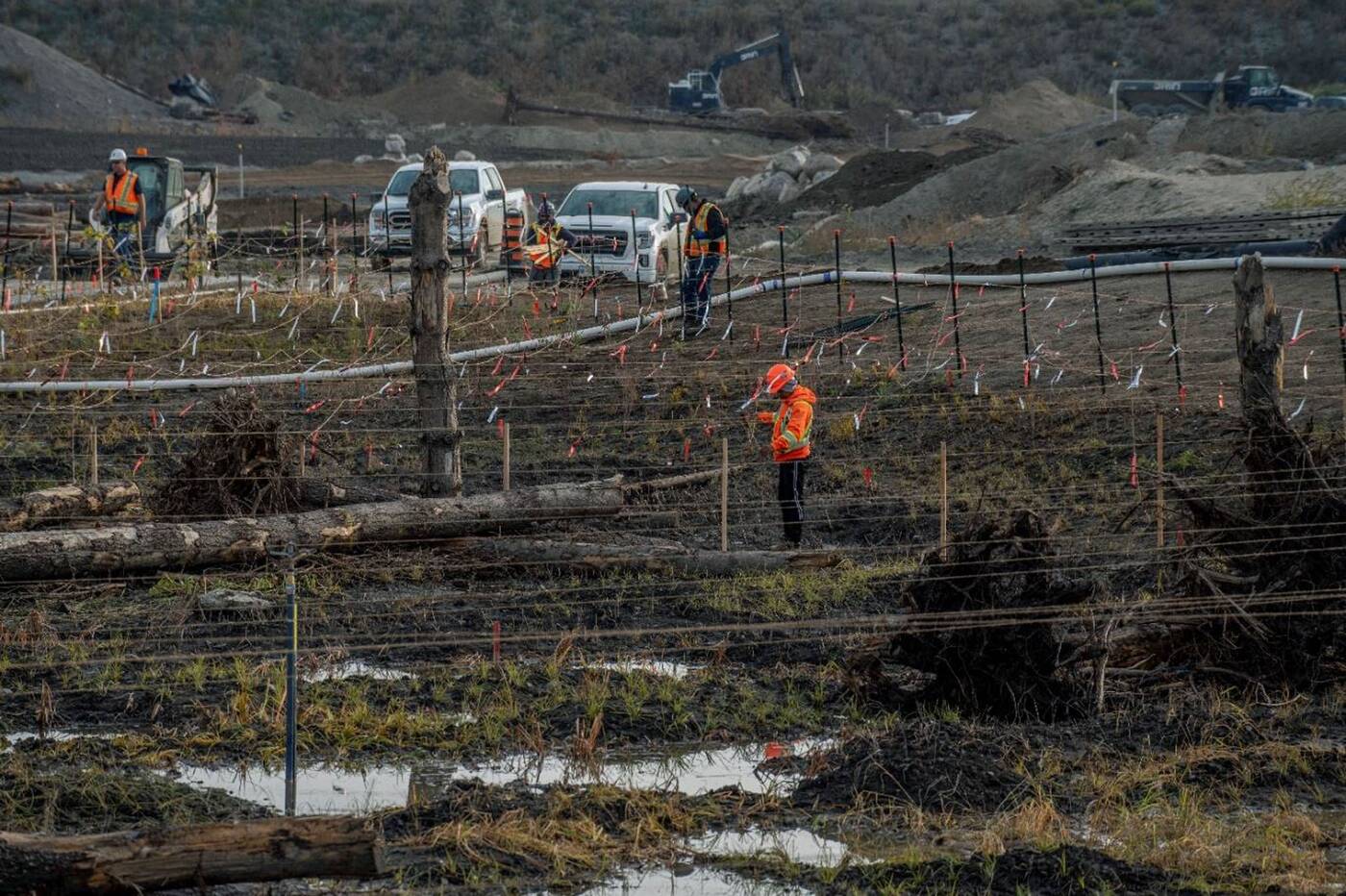 The video also features several other elements of the broader Port Lands Flood Protection, including the Canoe Cove area just west of the new river mouth, the upcoming Promontory Park space, the new fish habitat coves, the soon-to-open Cherry Street North Bridge next to the existing Cherry Street, and the Commissioners Street Bridge.