Who remembers getting a phone call from a number with the name
"Bell payphone" or calling your mom collect at the subway to tell her you're going to miss curfew?

If so, then you'd be happy to know there are still a few working payphones in Toronto, though their days are numbered.

Hankering to put a sticky black receiver to your ear? Then head down to these locations.

I feel like I phone Toronto's last remaining payphone on the weekend - Union Station's street car access for the Queen's Quay/Spadina line.

Stroll to the downstairs lobby of the Princess of Wales Theatre and gawk at three payphone eagerly waiting for quarters.

There’s a wall of working payphones near the downstairs lobby in the Princess of Wales Theatre!?! pic.twitter.com/4scxBnnqLA

There are some working phones across the TTC subway line including Castle Frank, Lawrence West, Kipling and the duo standing outside Bathurst Station.

Continuing with the transportation theme, somewhere in the underbelly of Toronto's Union Station, there are two payphones ready to be used.

As seen at Toronto’s Union Station. Not just one, but two functioning pay phones. That surely can’t be a common sight in Canada any longer! pic.twitter.com/6GGwJVN5cj

Toronto Pearson Airport has multiple Bell payphones and teletypewriters too.

Sprinkled across random intersections you can still find someone chatting up a storm at the payphones at Spadina and Cecil and the ones sporadically sprinkled near Spadina and Dundas, King and Dunn, and along Bay Street.

Don't forget the ones at the Toronto Island, a stand-alone phone near Wei's Bar and Variety on Queen East, at the Toronto Zoo and near Centennial Park on Saskatchewan Road.

A 2020 Google Map attempted to document the remaining phones but from my own investigation, I can confirm the phones at Bathurst and Harbord, 127 Roncesvalles and 414 Queen Street West are no more. 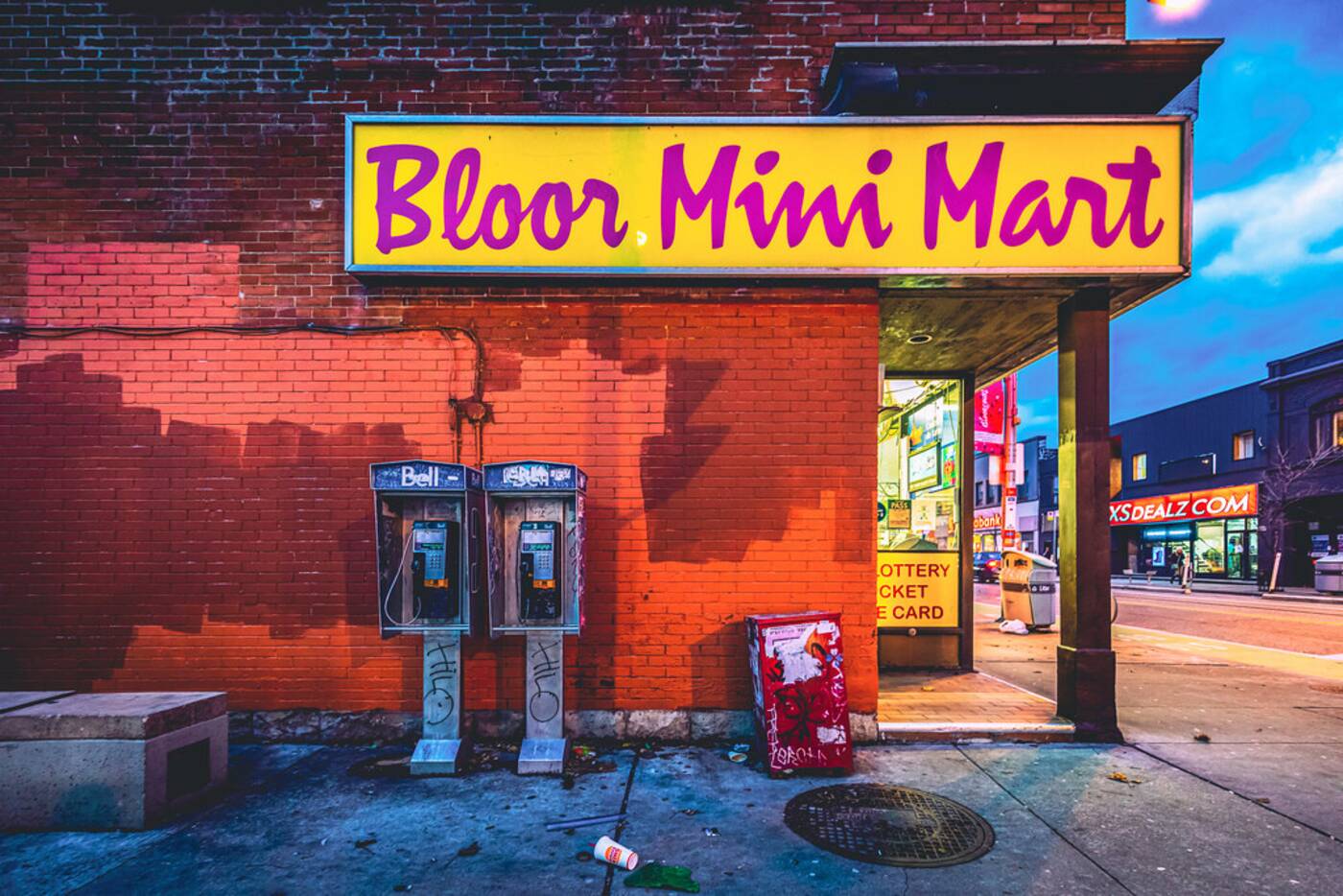 Phones at Bloor and Dovercourt. Photo captured by Jack Landau.

A great example of how quickly these phones can stop operating is the duo standing at Bloor and Dovercourt, outside the Mini Mart where a photo from December 2011 shows them working - today, almost a year later, they are defunct.

As of January 2021, Bell was operating around 4,500 payphones in the Greater Toronto Area but that number dwindles each year, so get out there and call your friends before it's too late (and let us know if there are any functioning phones near you).