This is what's happening to Toronto's public payphones

Toronto has thousands of public payphones scattered around the city — most people pass them every day without giving them a second thought.

With the growth of cellphones, the payphone has become a relic, in decline for several years. Many payphones have become a canvas for graffiti, a place for garbage and in one case a holder for a loaf of bread. 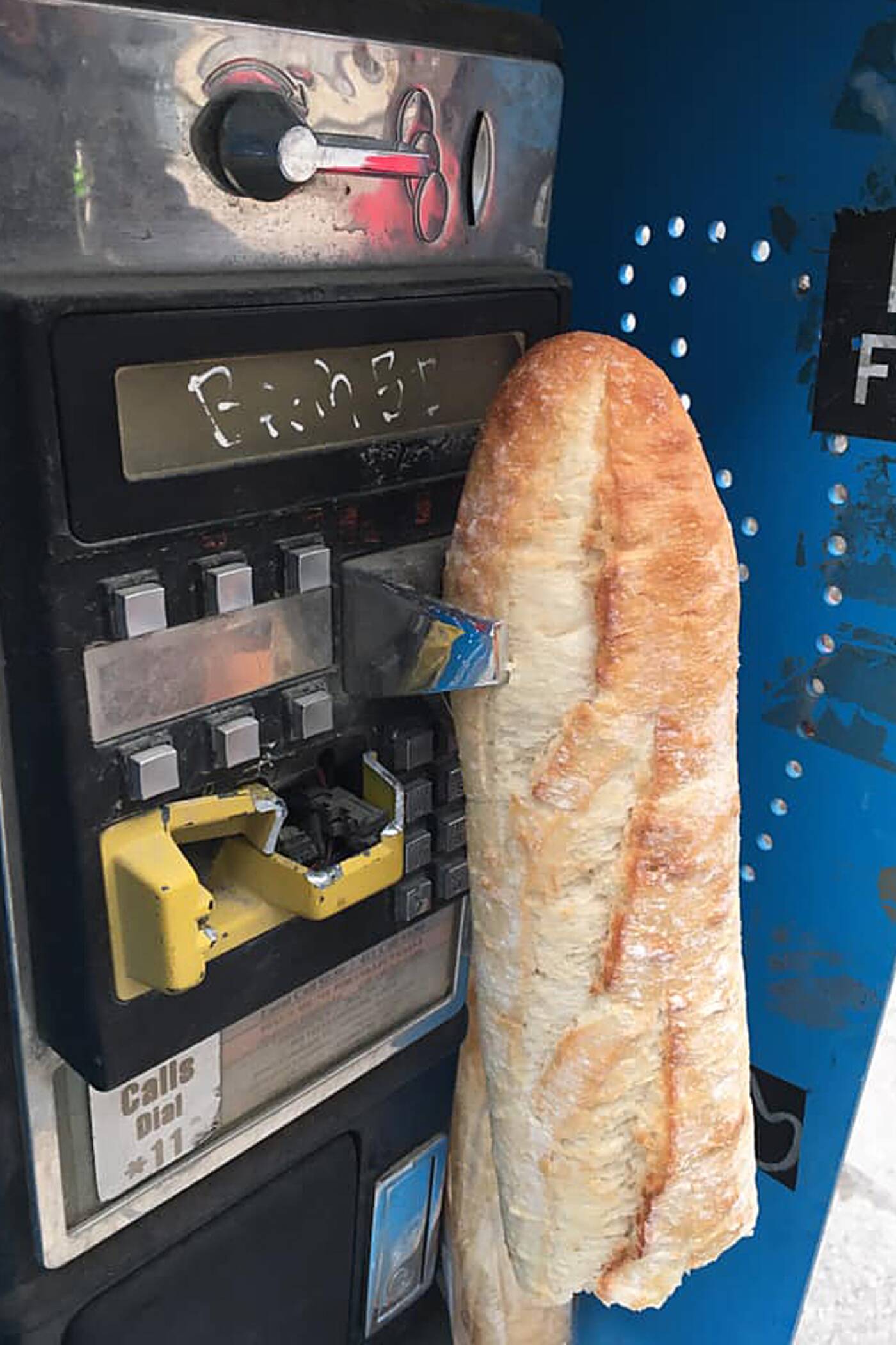 This loaf of bread was found in a payphone on St. Clair Avenue West near Oakwood. Photo by @mysterychunks

However, there are still operational payphones in the city. 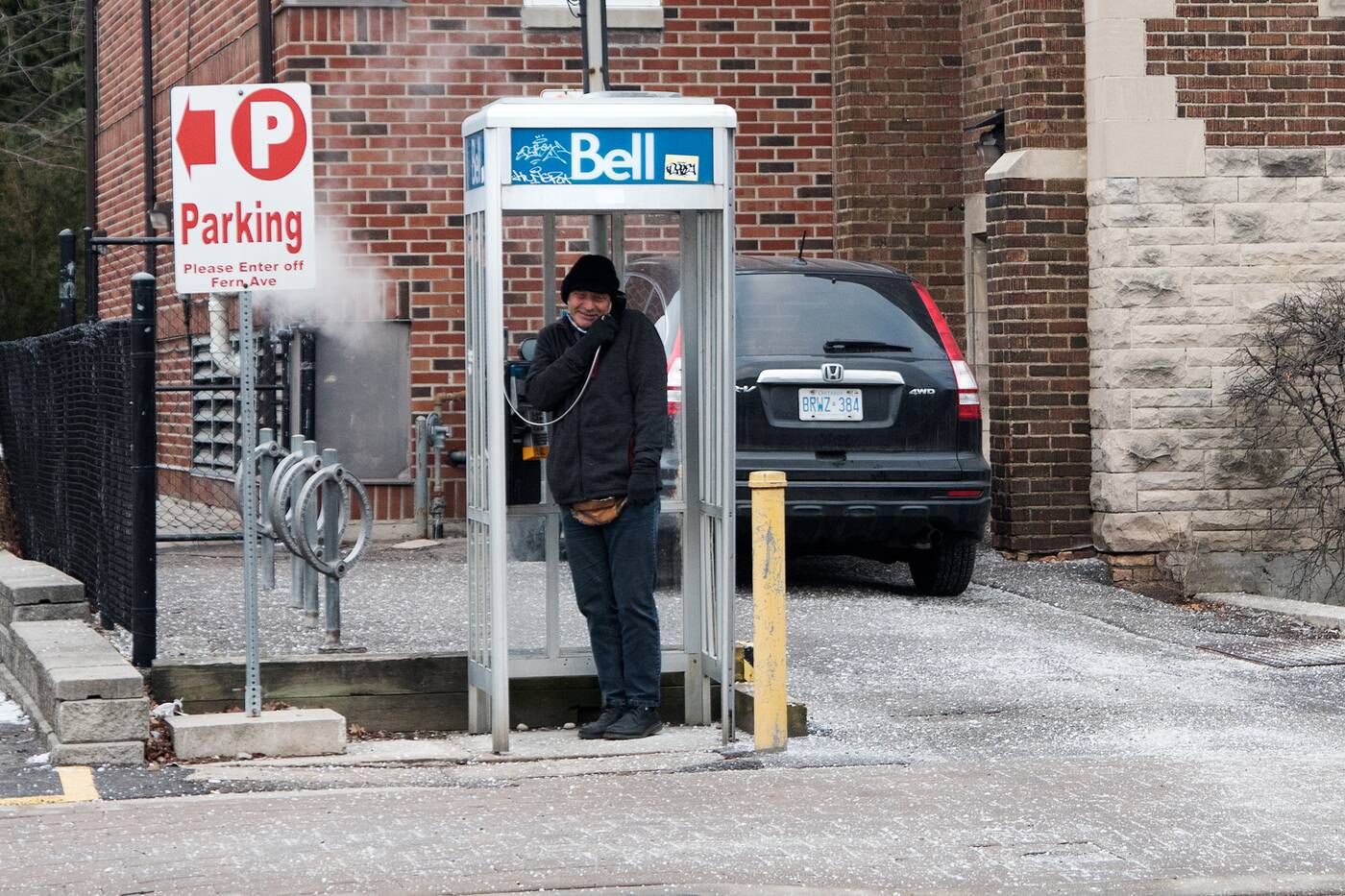 This Bell payphone in Roncesvalles is one of about 4,500 in the GTA. Photo by Karen Longwell

"No surprise usage has declined dramatically alongside the growth of wireless over the last 2 decades, but we continue to make payphones as accessible and affordable as possible." 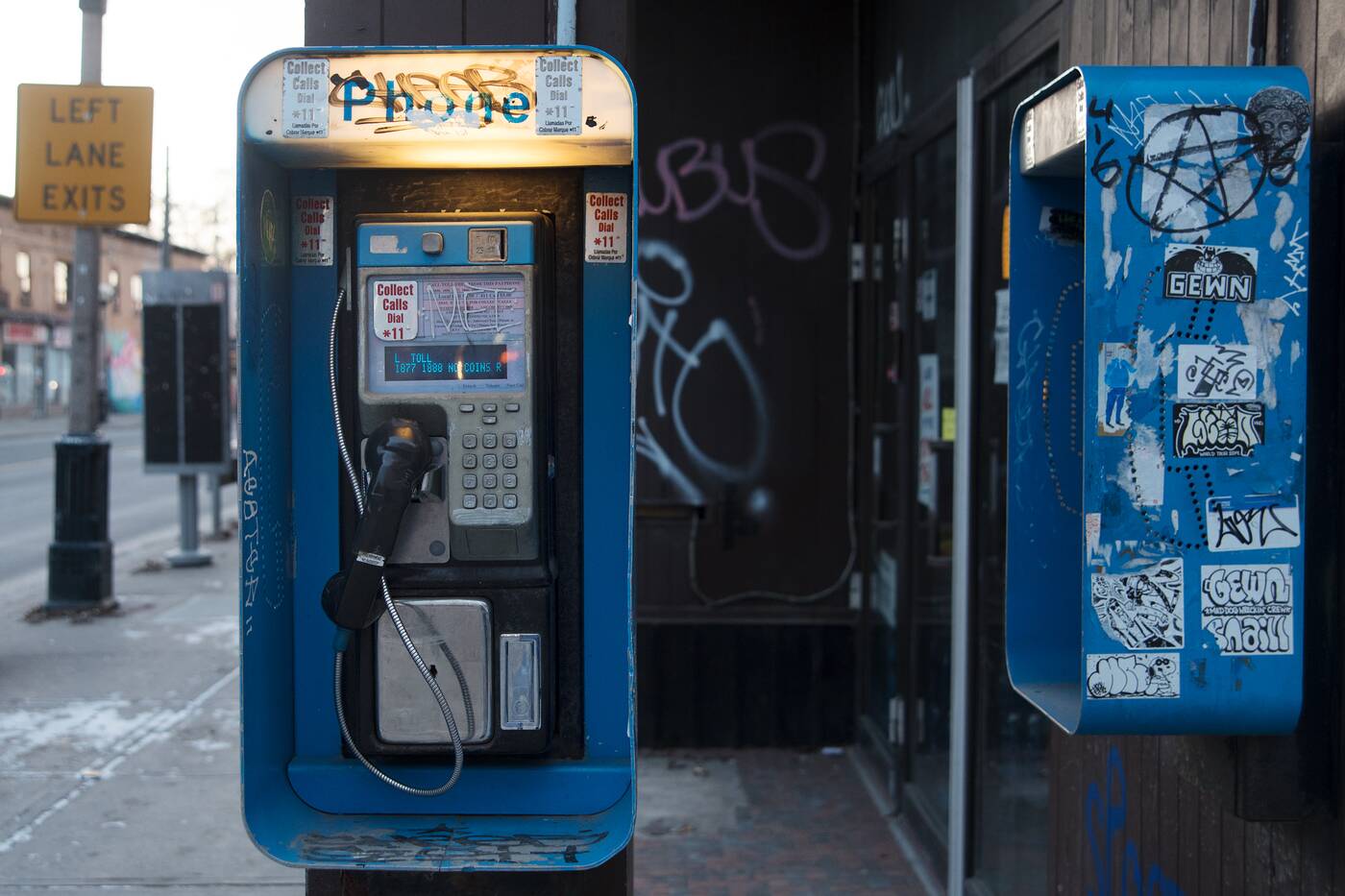 At least one of these payphones near Landsdowne Station is working. Photo by Karen Longwell

There are many payphones in the city that are not functional. Some have lost their receivers and others are just an empty booth stripped of anything resembling a phone.

Toronto Star columnist Jack Lakey tried to find out who owned derelict payphones on Queen Street. A Parkdale resident said he tried to get the old phones removed and contacted the city and Bell, but didn't have any luck. In fact, the payphones don't belong to Bell, Lakey discovered. 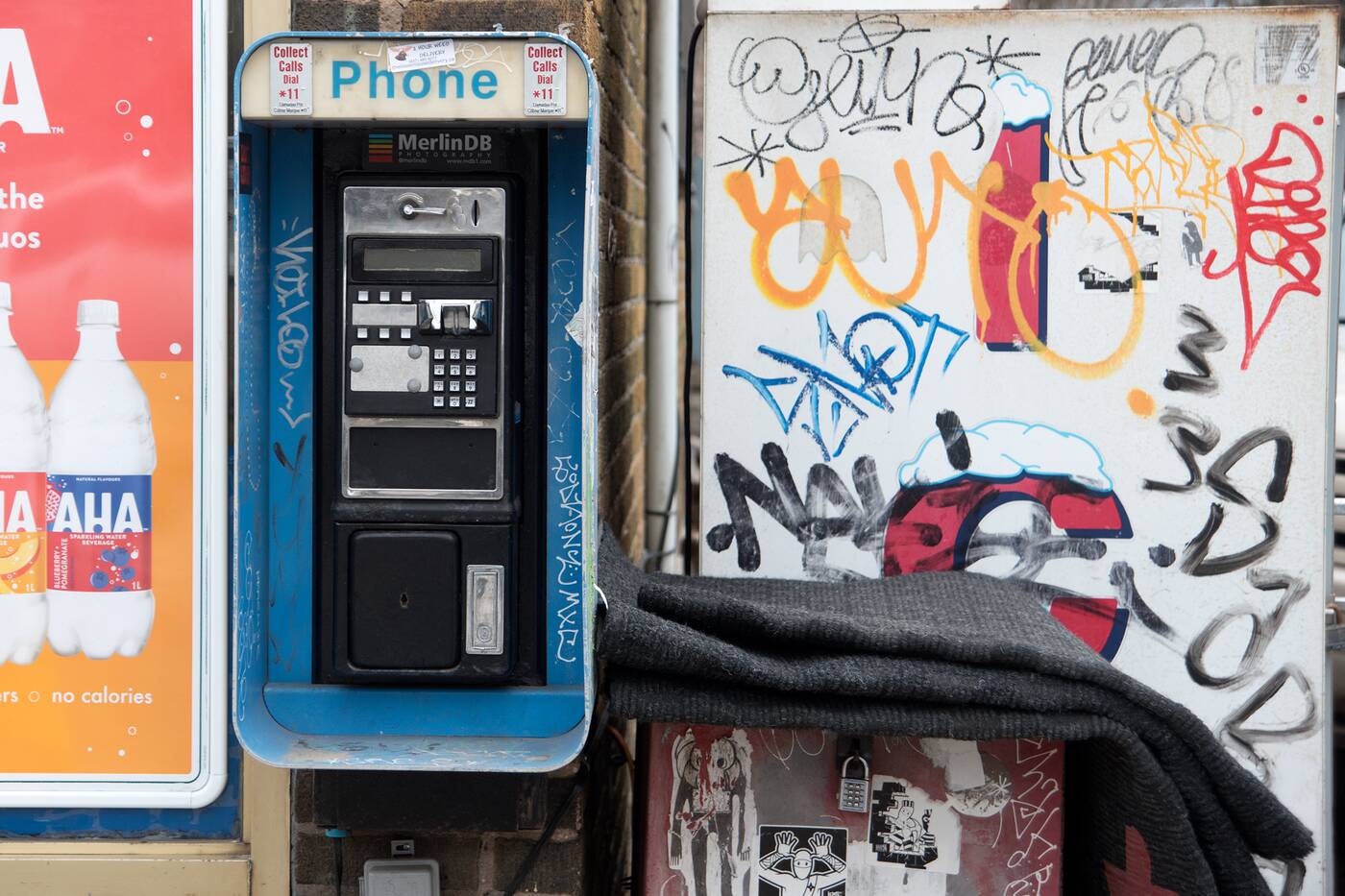 Many phones, like this one in Parkdale, are missing parts. Photo by Karen Longwell

City of Toronto senior communications officer Eric Holmes said payphones on public property require permits from the city, but there are many phones on private property. The city has been looking into many payphones that don't have permits.

"Typically, these phones are affixed to privately owned buildings and in those cases, the equipment entirely is the responsibility of the property owner," Holmes told blogTO.

The Canadian Radio-television and Telecommunications Commission (CRTC), an administrative tribunal that operates at arm's length from the federal government, has studied the use of payphones over the years. 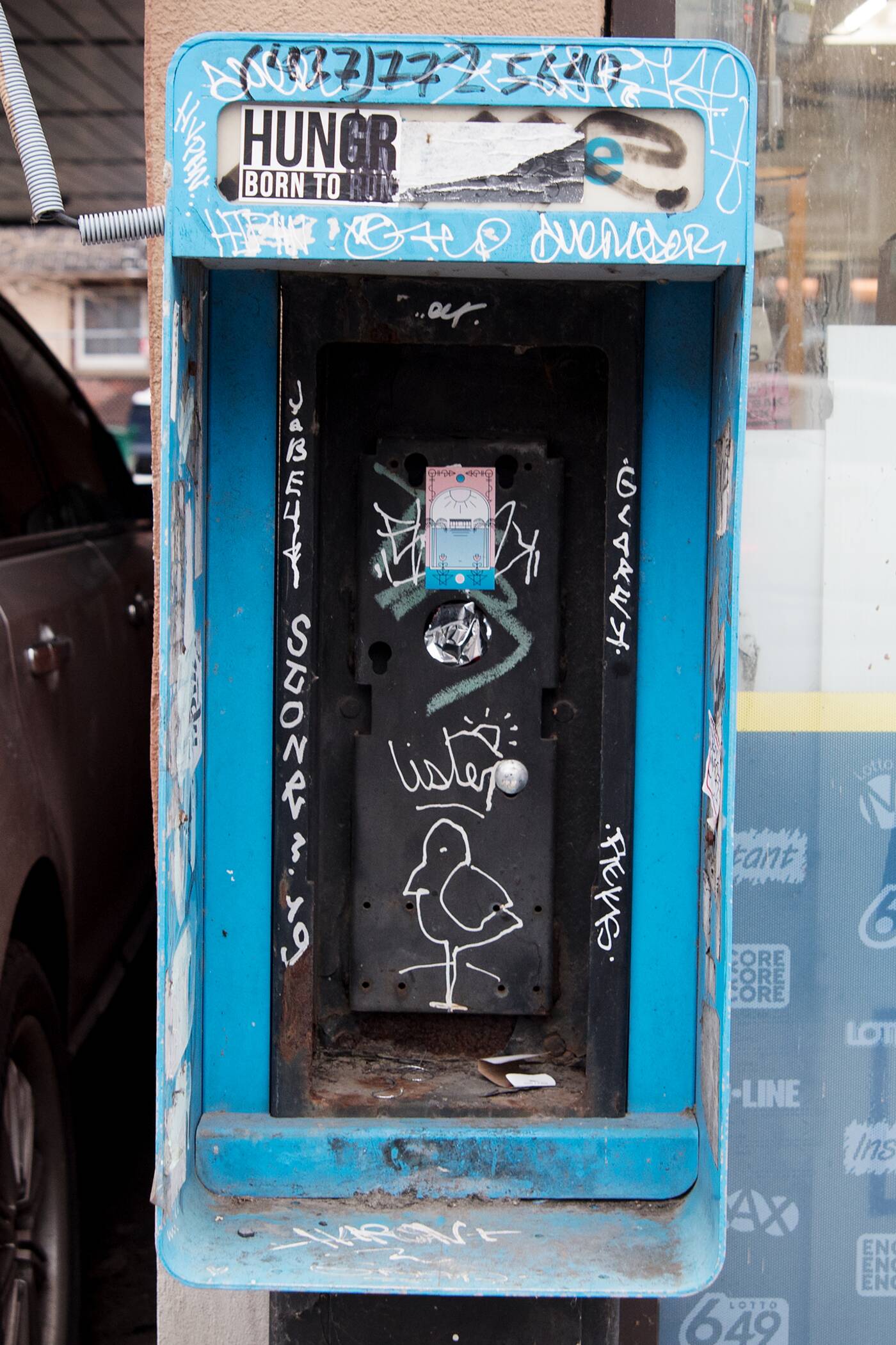 Some payphones are just empty shells - like this one in Parkdale. Photo by Karen Longwell

In a 2013, the CRTC found only 32 per cent of Canadians had used a payphone at least once a year.

The phones are slowly being removed across Canada and overall the annual payphone removal rate is expected to increase, the CRTC said. 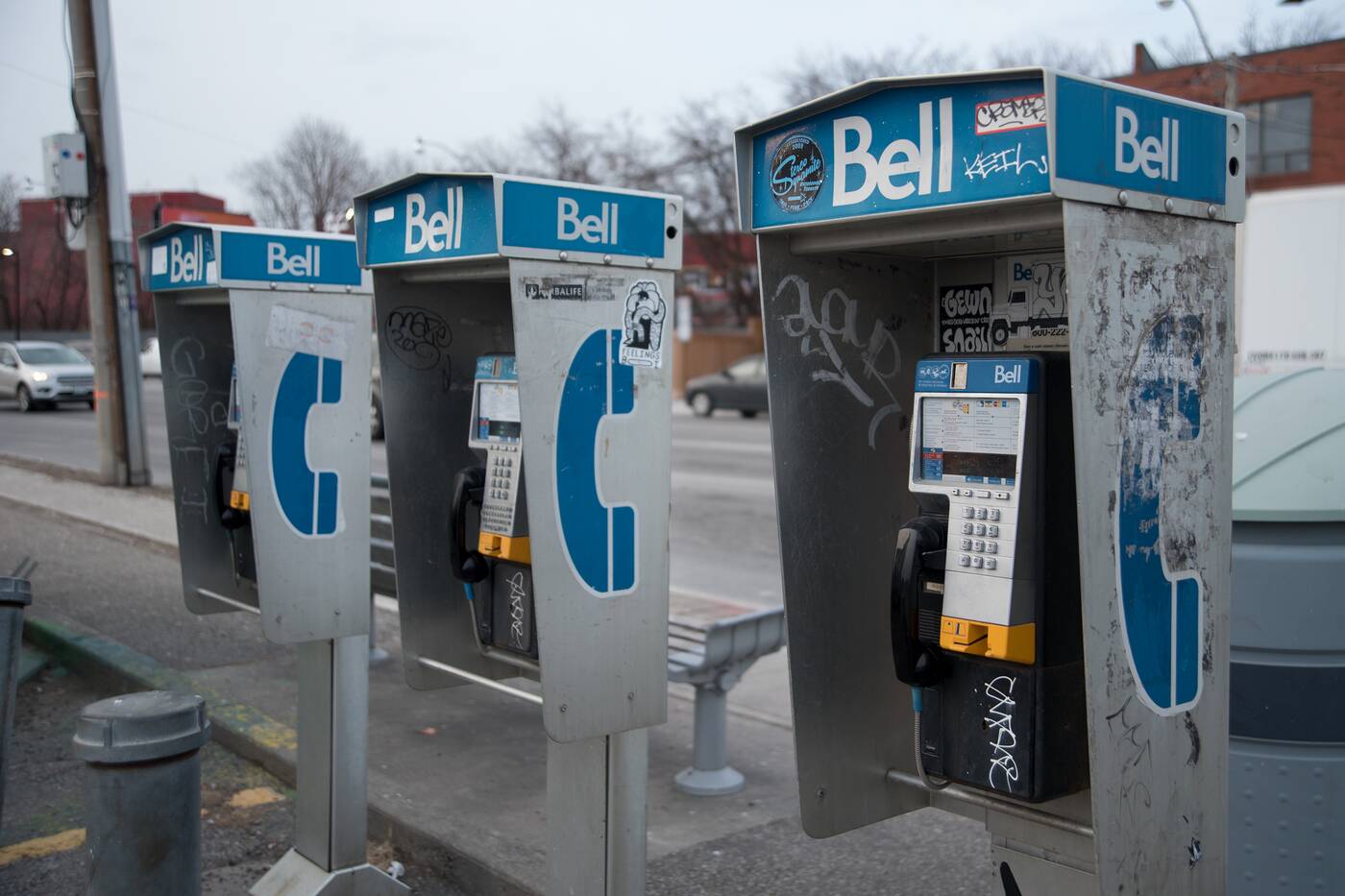 But that doesn't mean payphones will disappear for good.

"Payphone service providers have indicated that many payphones continue to be viable at current rates, and that these payphones will remain in service for the foreseeable future," the CRTC wrote in 2016.