The quiet death of the payphone in Toronto

The payphone isn't quite extinct in Toronto, but its days are numbered. As easy as it is to ignore this bit of communication infrastructure, if you stop to pay attention, you'll notice just how prevalent it remains. Sure, hardly anyone uses them, but they're still a fixture on the streets of this city. 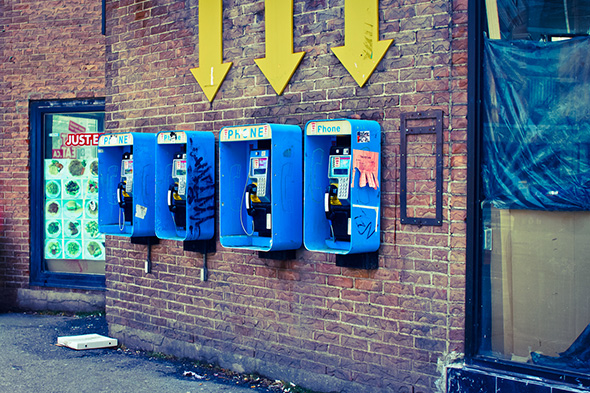 There are approximately 60,000 payphones remaining across Canada, of which 15,000 or more could be left scattered across Toronto. That's a staggering number when you consider how few people use them these days. Of those that remain, it's difficult to know how many are operational, as companies like Bell no longer repair damaged phones. 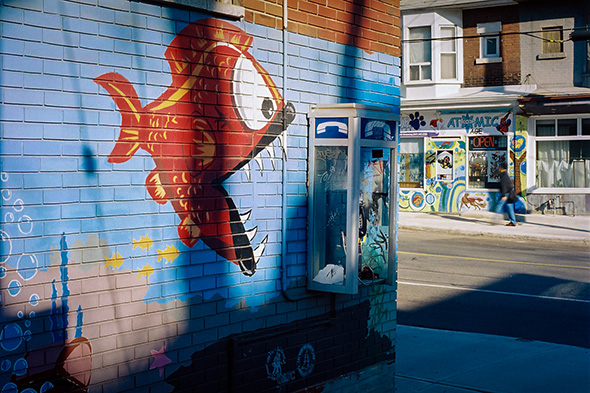 I probably won't be able to sell too many people on the idea that this decaying infrastructure is actually aesthetically pleasing, but like the neon signage and rundown motels I'm so fond of, I tend to enjoy the manner in which they still haunt the street with their clutter and orange-tinged light.

On a far more pragmatic level, the CRTC has been careful to prohibit the complete de-installation of payphones around the country, as they are still deemed valuable for low income citizens and in the event that cellular service is brought down by a storm (this was the case when Hurricane Sandy hit New York). 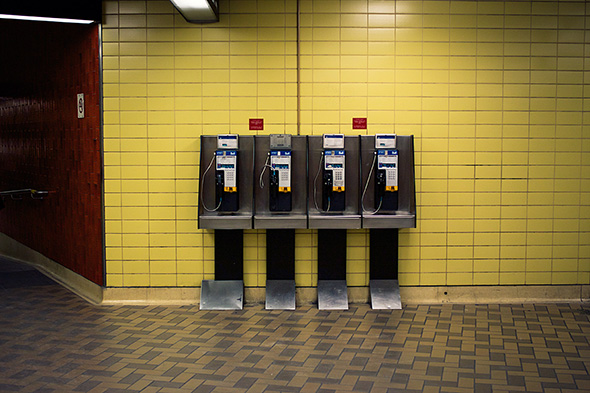 It makes sense. Despite the ubiquity of cell phones, it's worth remembering that not everyone owns one. Some of the most vulnerable inhabitants of this city rely on the presence of payphones for both basic communication needs and, perhaps more importantly, in the event of emergencies. They're also useful on subway platforms as a way to contact crisis lines. 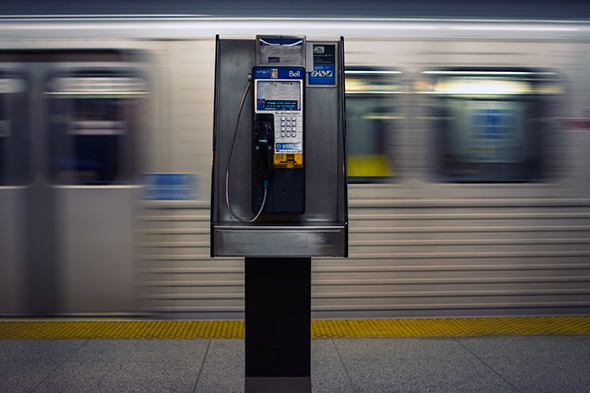 While the projected number of payphones that remain is forecast to drop at a rate of 15 per cent annually, you're unlikely to see their complete eradication on Toronto streets -- or at least not for the foreseeable future. The CRTC wants to ensure that a few remain to service those in need of them. 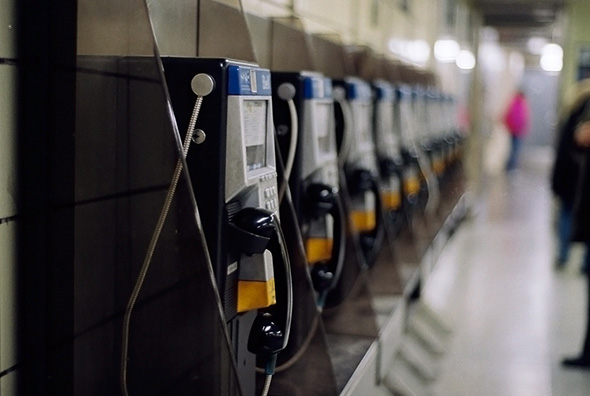 In other words, as the series of photos that dot this post is named, the payphone is an endangered species. Few will miss the payphone when it's gone, but I suspect the last holdouts will take a long time to disappear.