Abandoned road infrastructure scars can be seen all over the Greater Toronto Area, but not every stretch of disused pavement can be truly considered abandoned.

One short curving road about 25 kilometres north of Toronto exists in a weird flux between abandoned and useful.

The Pleasantville Curve is a curving stretch of road in the community of Pleasantville, Ontario, just east of Highway 404 and the urban sprawl of Newmarket. But it's far from typical. 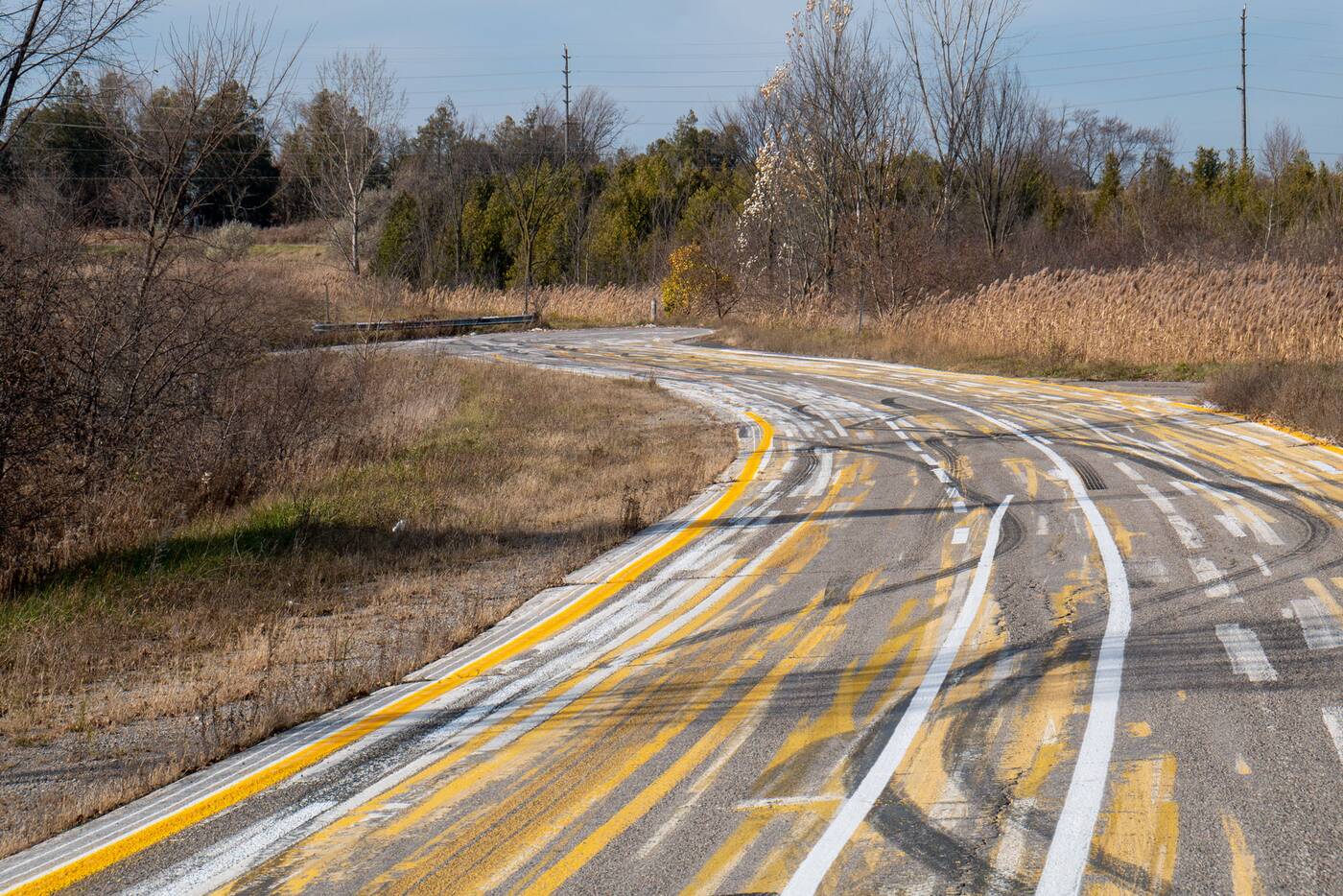 It was originally built in the mid-20th century to bypass the nearby Vivian Road and Woodbine Avenue intersection, but was later decommissioned in the 1990s with the northern end of the curve removed. 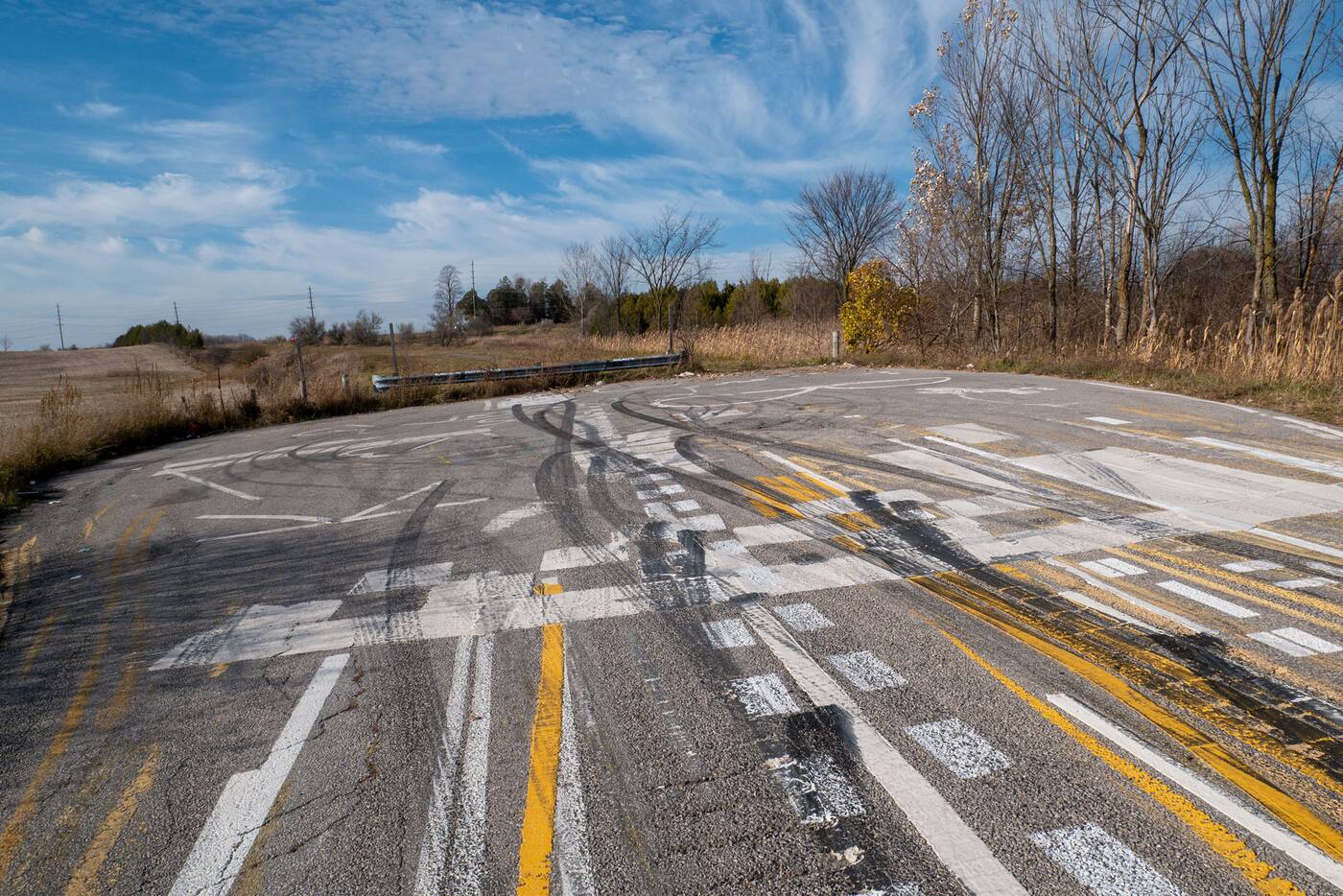 But if you drive the short remaining strip of pavement to the south, you might find yourself confused by the chaotic, almost abstract-looking road markings. 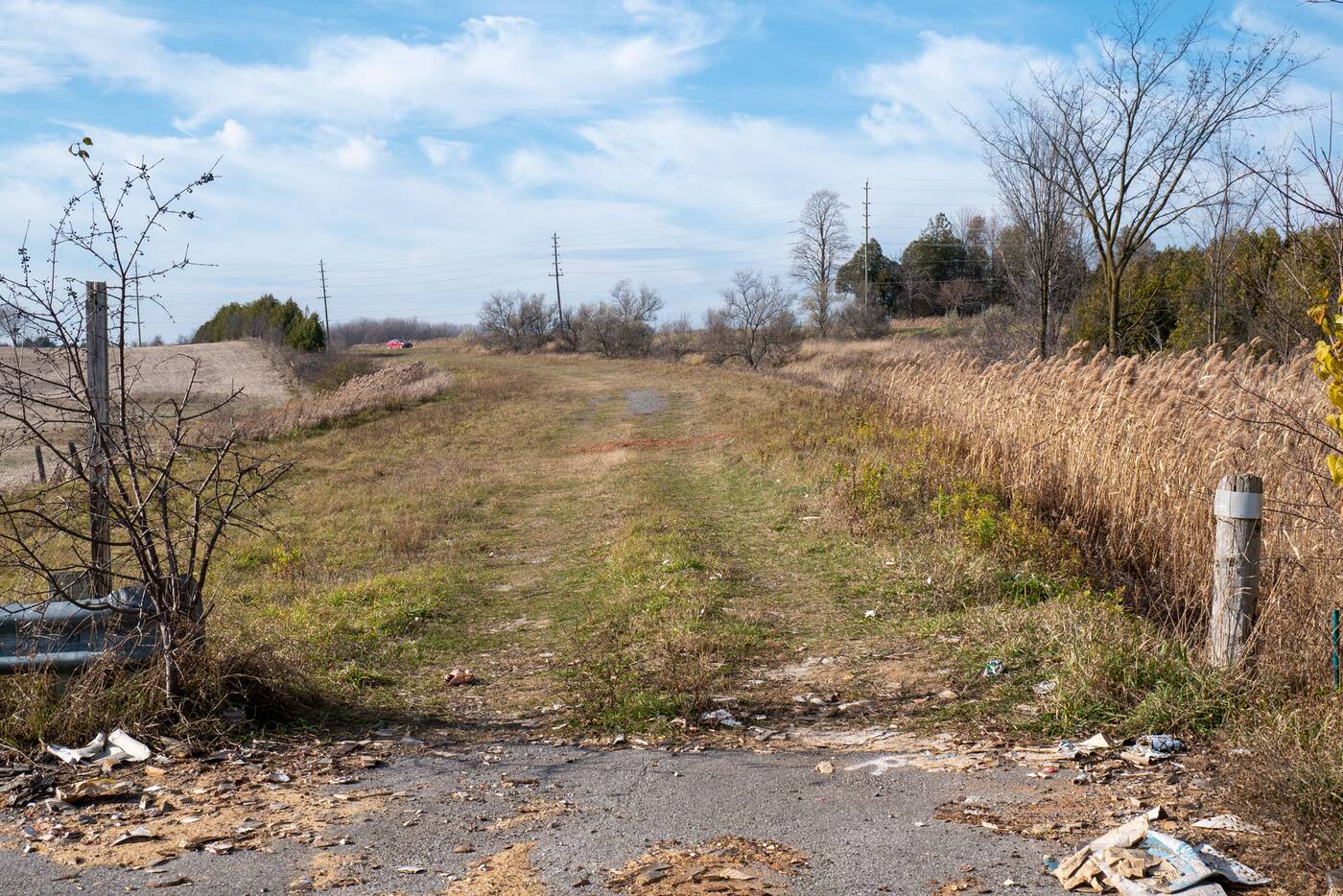 Even though you can navigate this odd little road branching off of Woodbine Avenue, the Pleasantville Curve hasn't led anywhere for a generation, and it currently looks like some kind of bizarre art project. 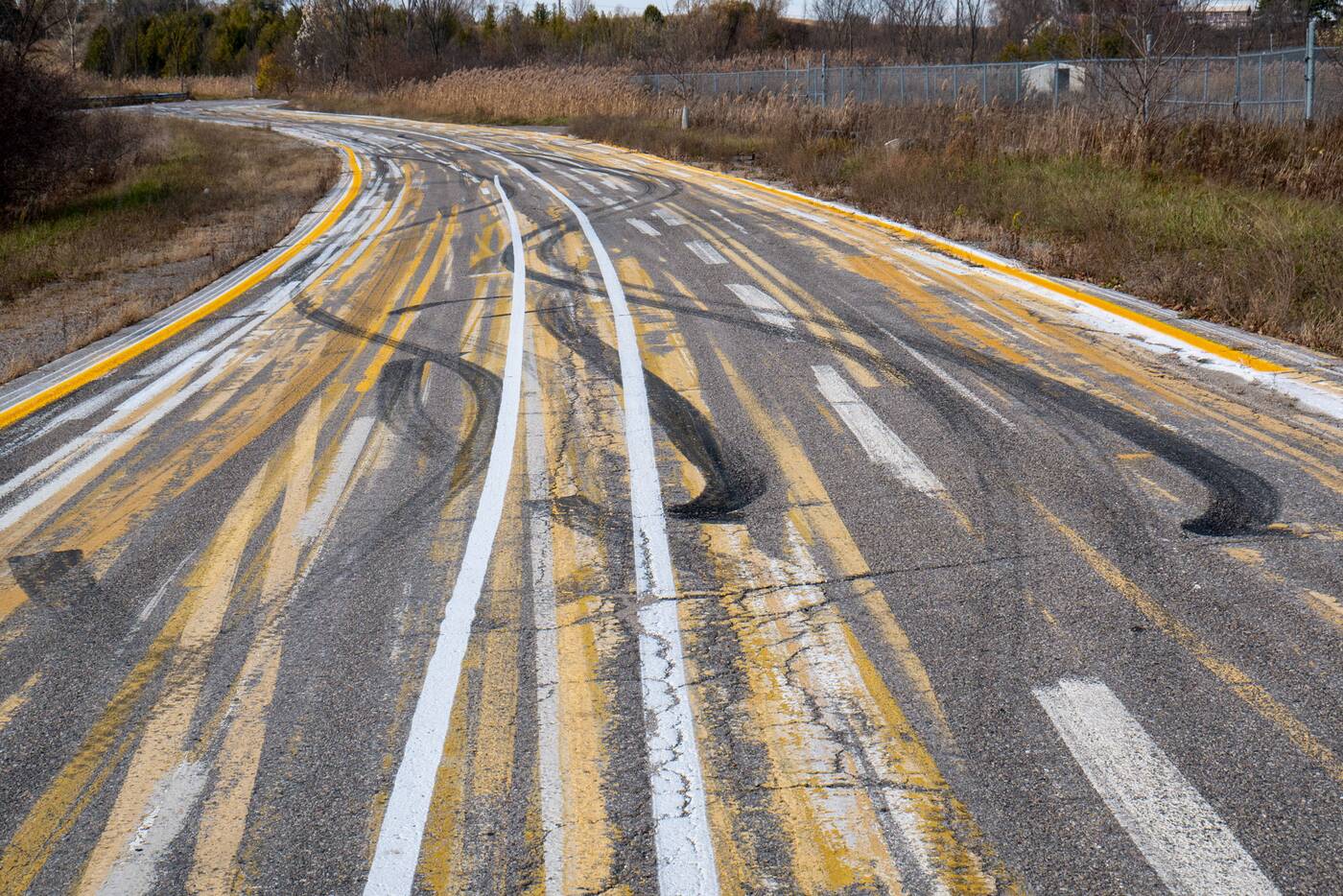 But while it may look like someone's creative endeavour, the stub of a roadway is an example of what's known as a test deck, a bed used to test pavement markings for roads and highways, making for a trippy mess of converging lines and raised markings. 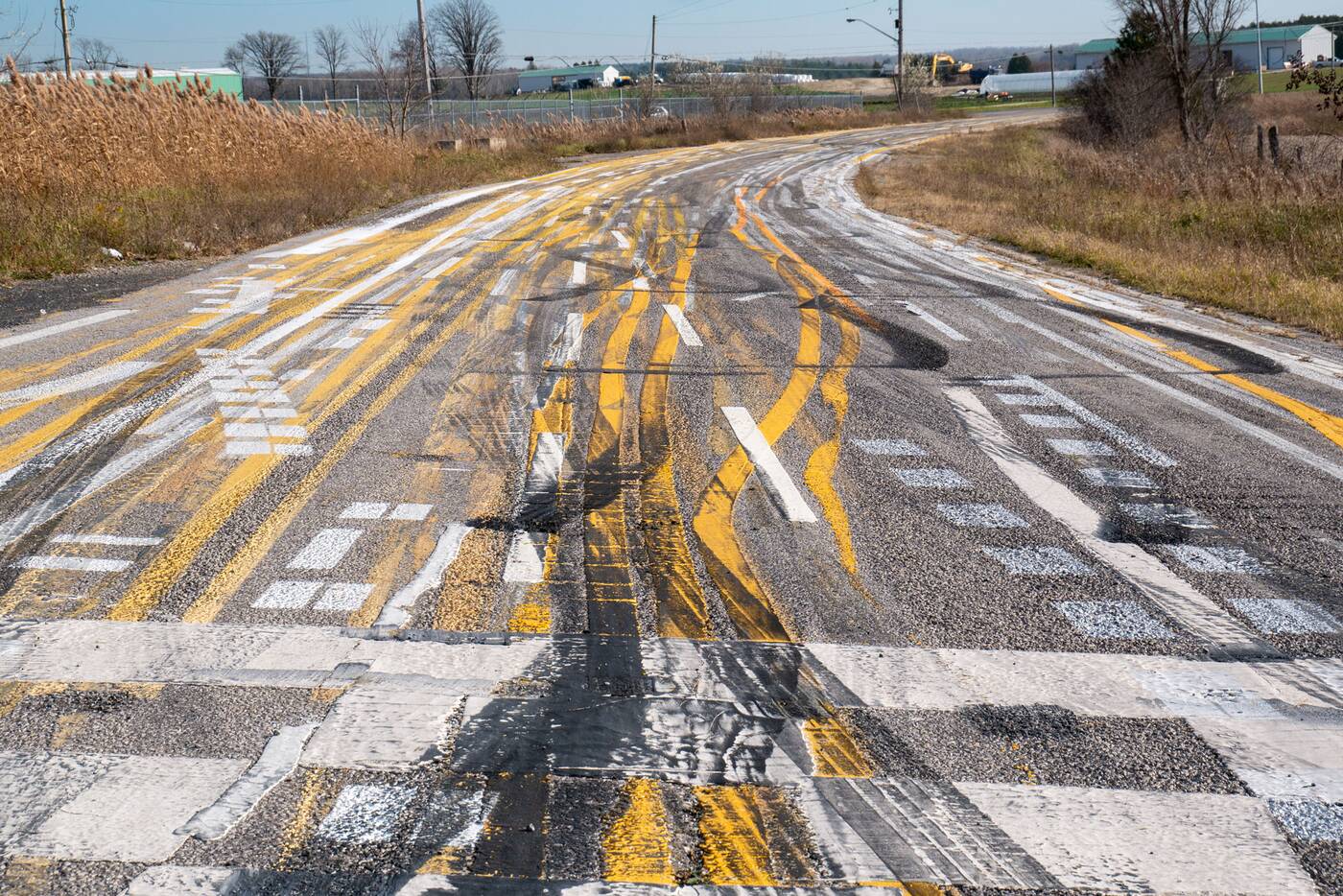 Barbara Antic, District Manager, Roads Operations Central District for York Region, tells blogTO that "the Pleasantville Curve is located on land owned by The Regional Municipality of York," and that "York Region Public Works' Pavement Marking Program use this roadway as a test strip for pavement markings." 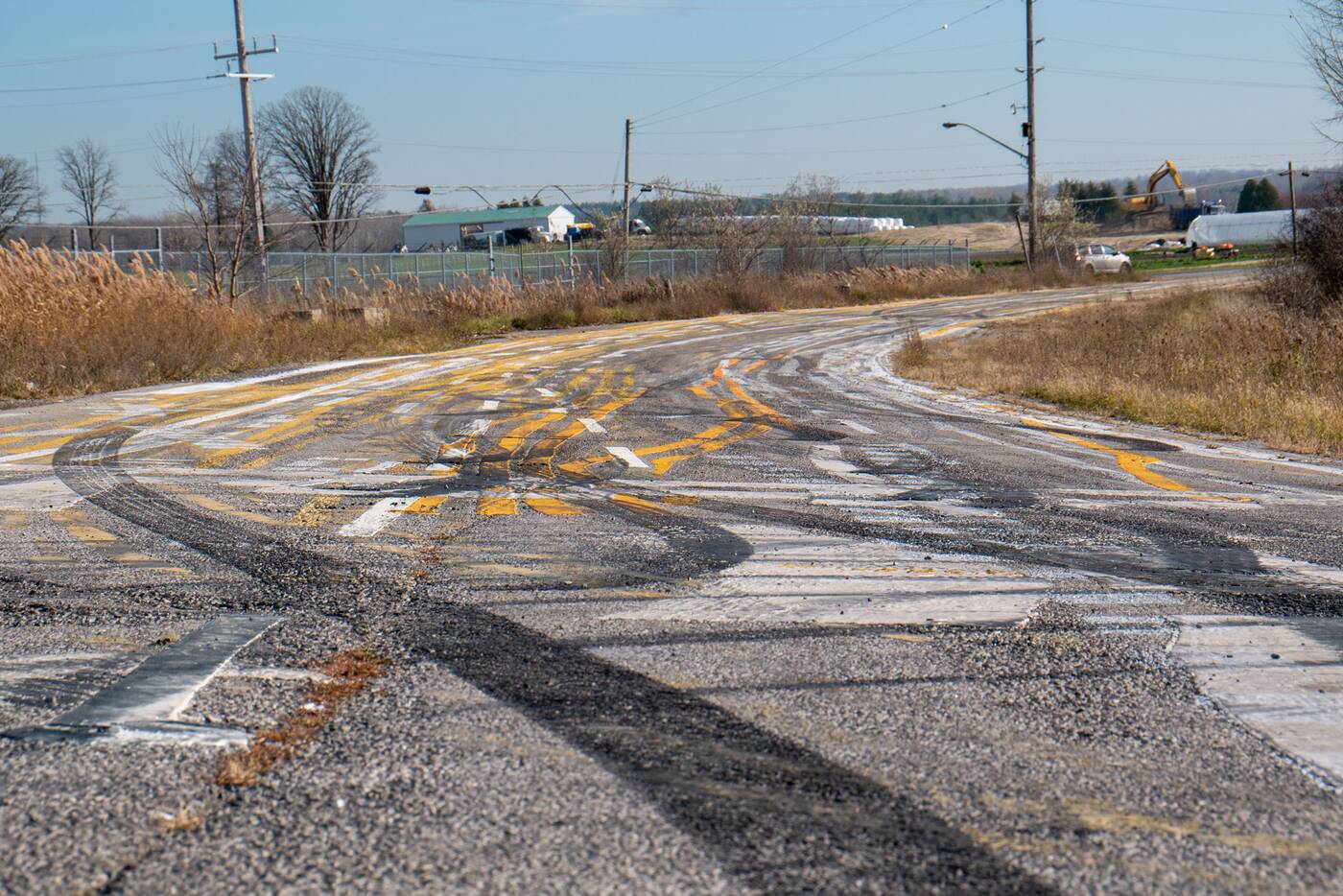 She adds that the "pavement markings are made up of waterborne paint."

As unique as the Pleasantville Curve appears, it is far from one-of-a-kind, as an almost identical curve exists less than 1.5 kilometres to the west.

The "Bogarttown Curve" at Mulock Drive and Leslie Street looks much the same as its sibling curve on the opposite side of Highway 404, complete with almost identical test paint markings and graffiti.