Road infrastructure expanded rapidly to serve the sprawling growth of the Greater Toronto Area through the latter half of the 20th century, leaving the region crisscrossed with highways that left scars on the urban fabric still visible today.

One such casualty can still be explored in the extreme northwest corner of the city, where a once busy suburban arterial road now sits abandoned and forgotten, looking like something out of a post-apocalyptic disaster movie. 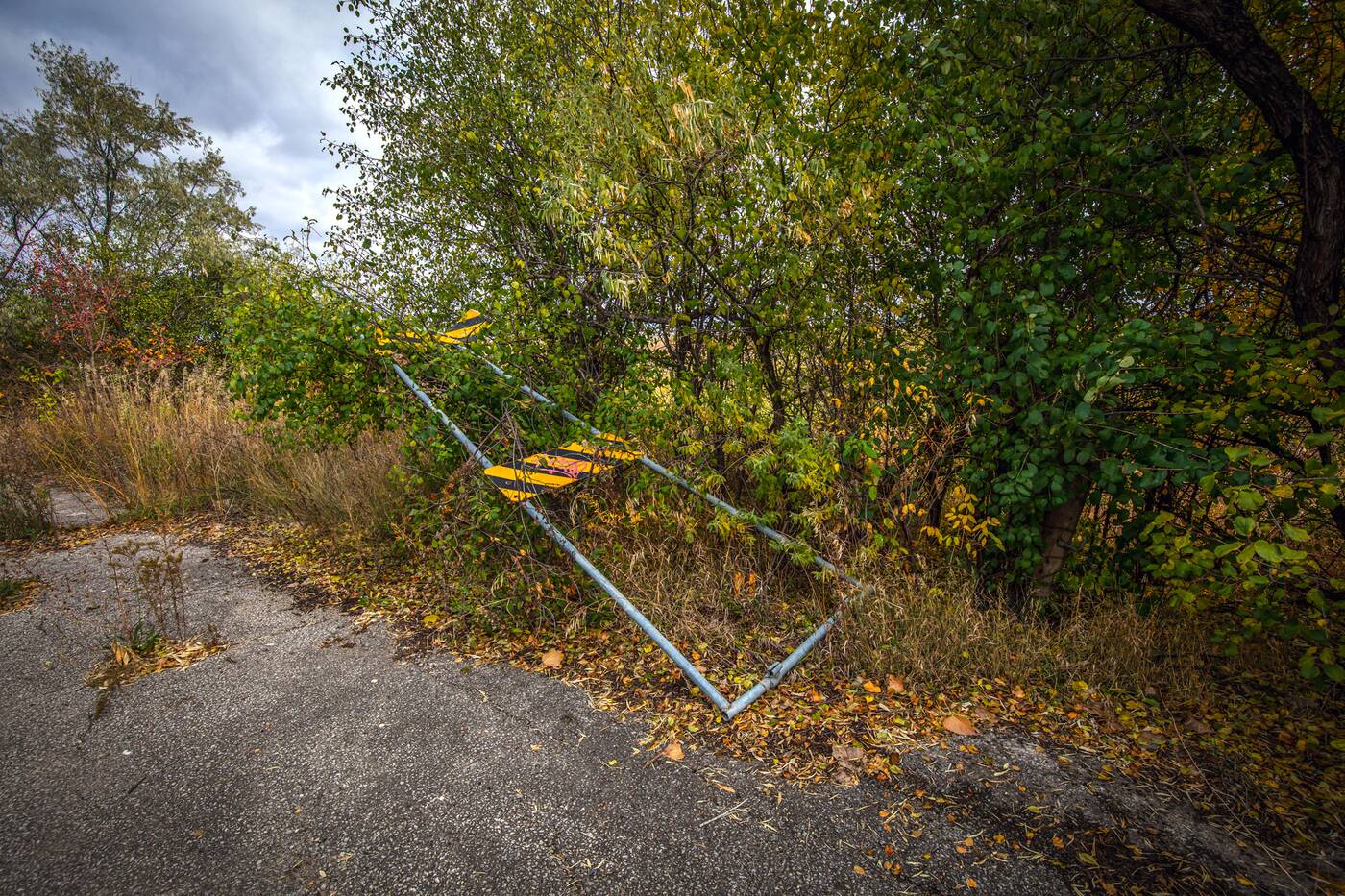 Named Indian Line after the adjacent campground, the road's aesthetic is just as dated as its name, the result of roughly three decades of disuse. 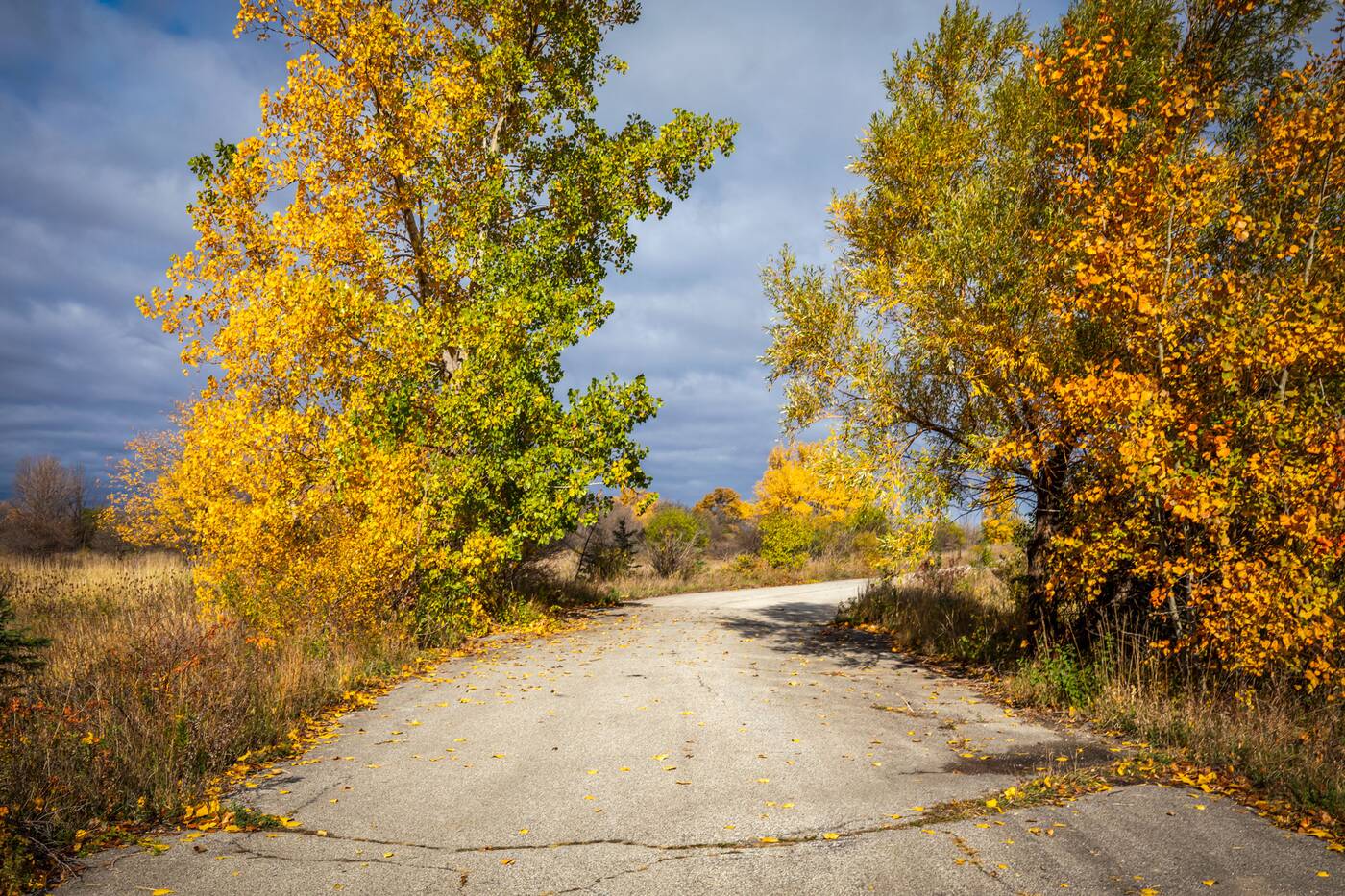 Though a portion of the road still exists and remains in use just east of Pearson Airport, much of the road was eliminated during the construction of Highway 427 in the 1960s, which was constructed following Indian Line's alignment.

A further extension and widening in the 80s and early 90s orphaned its northernmost stretch between Finch Avenue West and Albion Road along the former Etobicoke and Peel Region border. 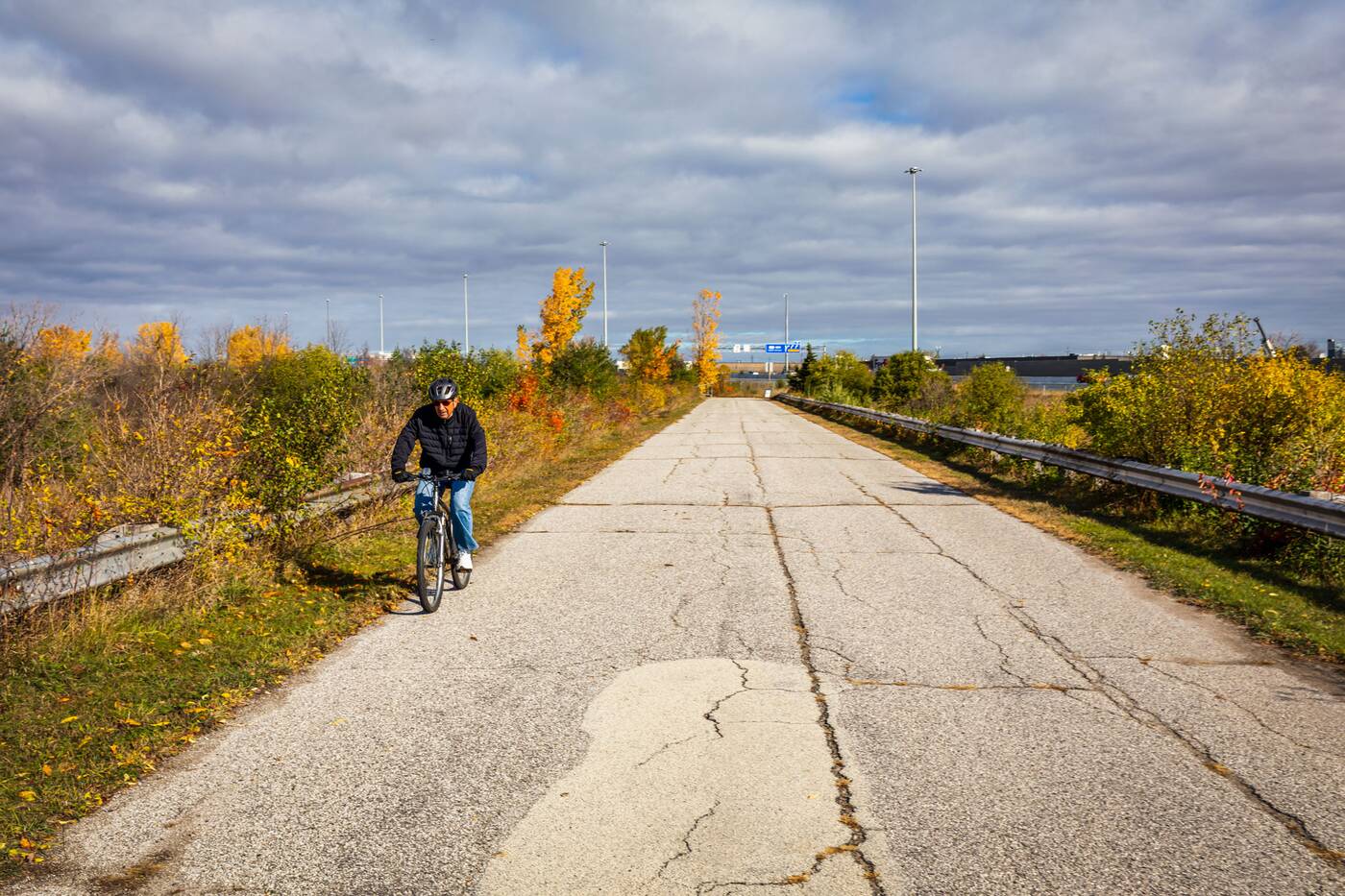 That stretch is no longer part of the city's road network, but it very much remains to this day as part of the West Humber Trail, and is still accessible to foot and cycle traffic despite the obvious signs of decay. 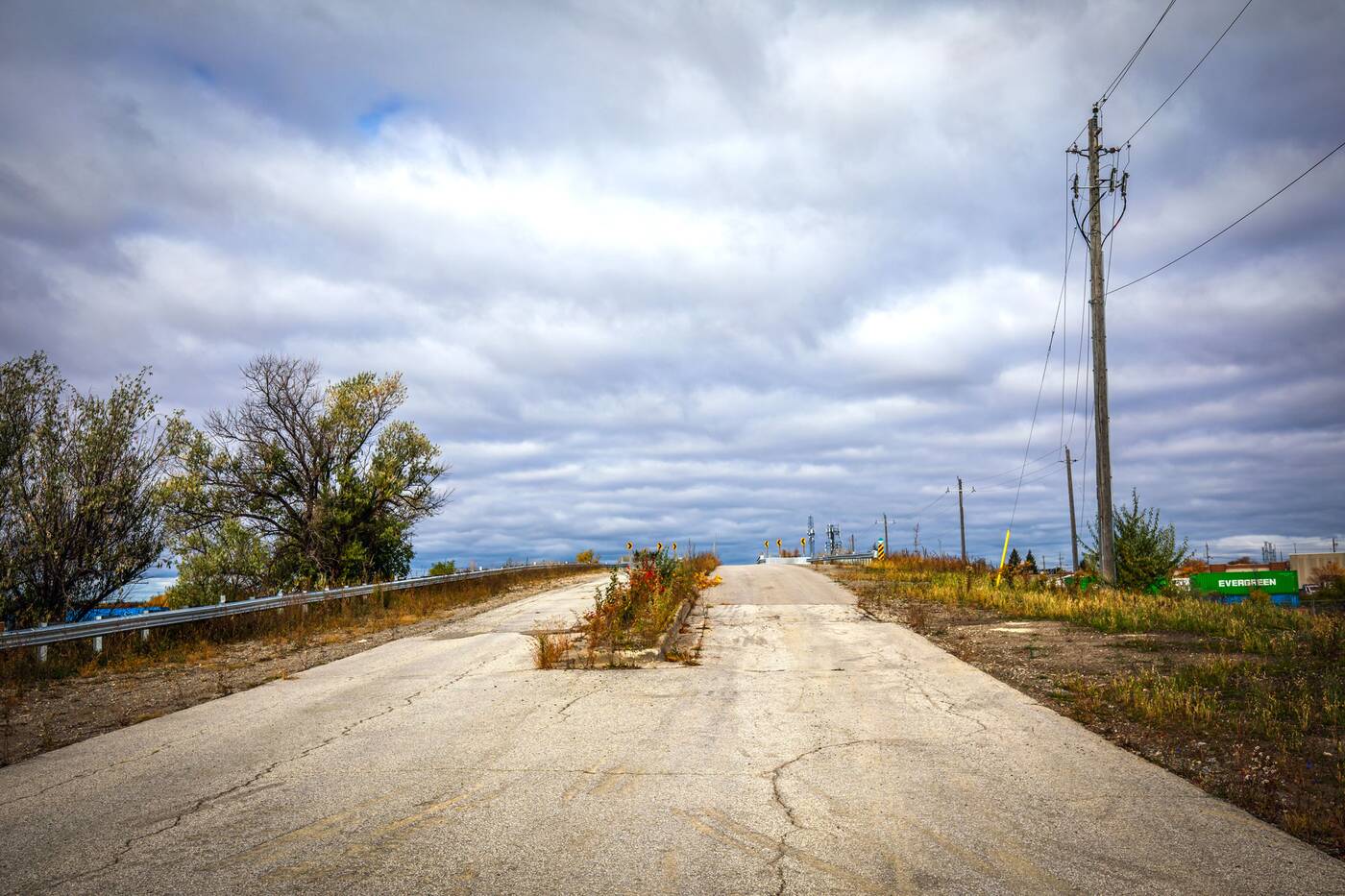 Perhaps the most surreal stretch of the road is found north of the Claireville Dam, where roughly 800 metres of two-lane road, including a bridge, stand as signs of a once-busy thoroughfare left to time. 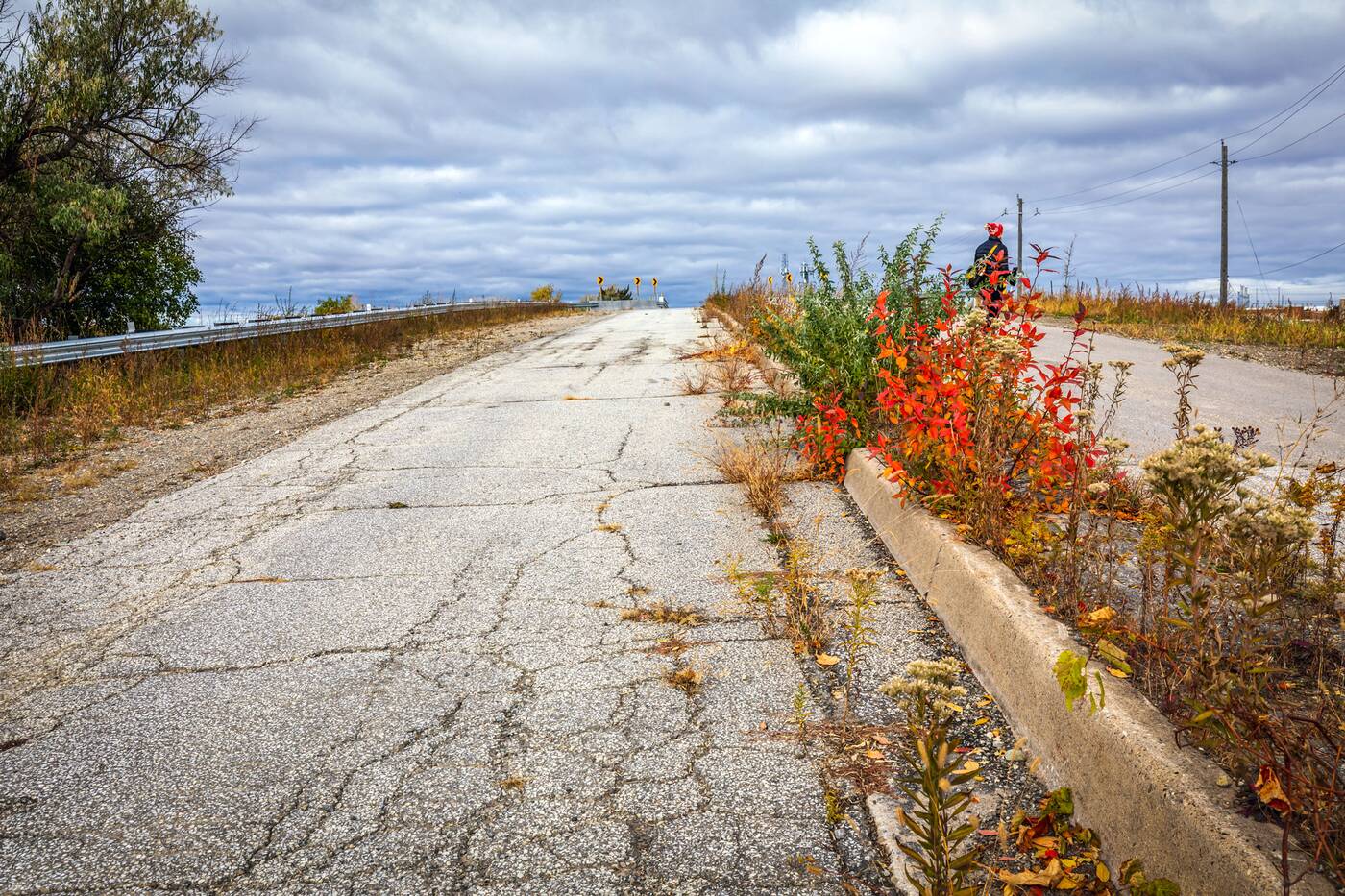 There are places where the decay is more apparent than others, the exception being a bridge spanning rail tracks, which was replaced in 2021 after falling into rough shape. 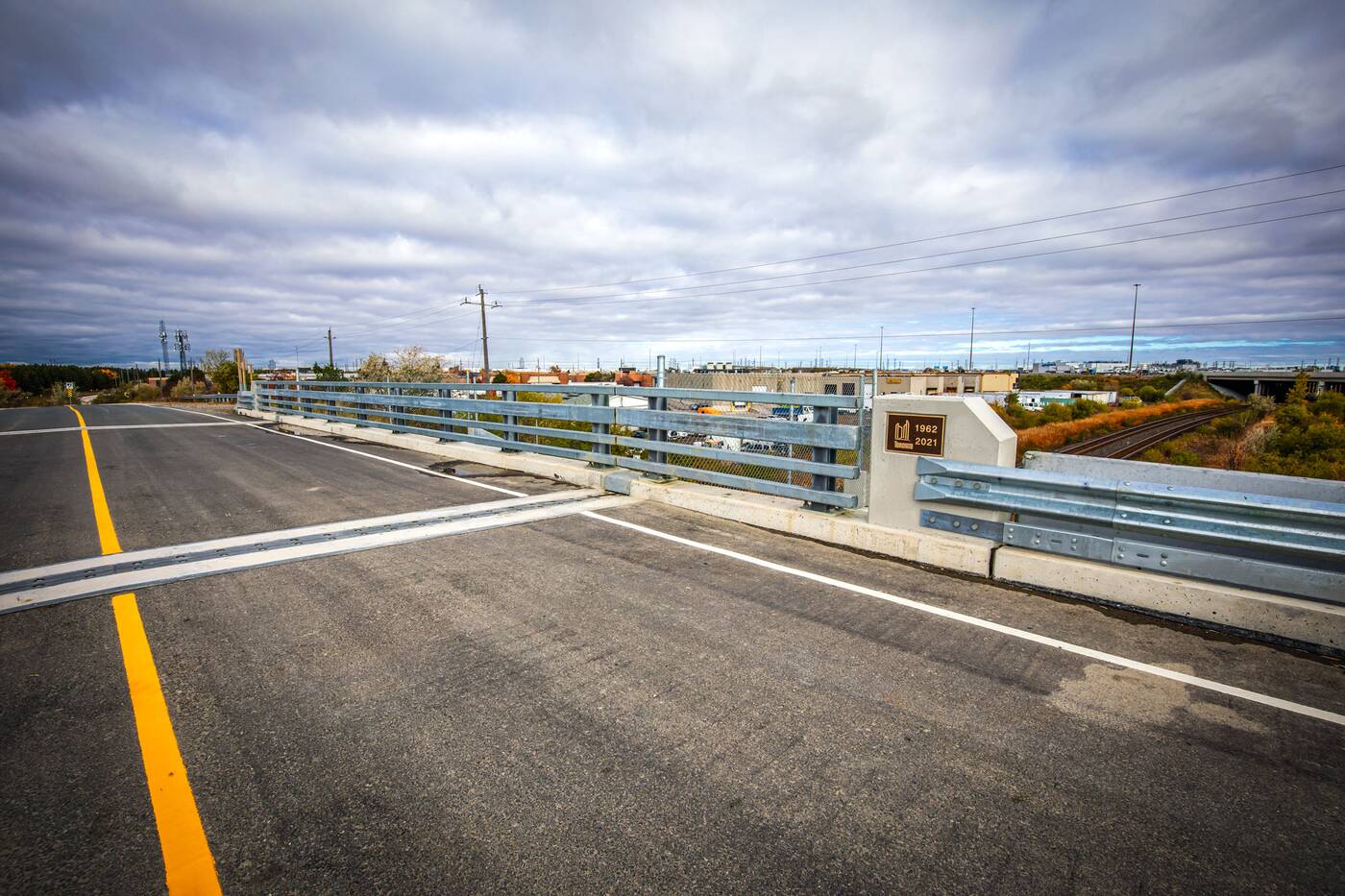 Shrubs and, in some cases, entire trees emerge through concrete and asphalt, evoking the famous Jeff Goldblum line, "life, uhhh, finds a way." 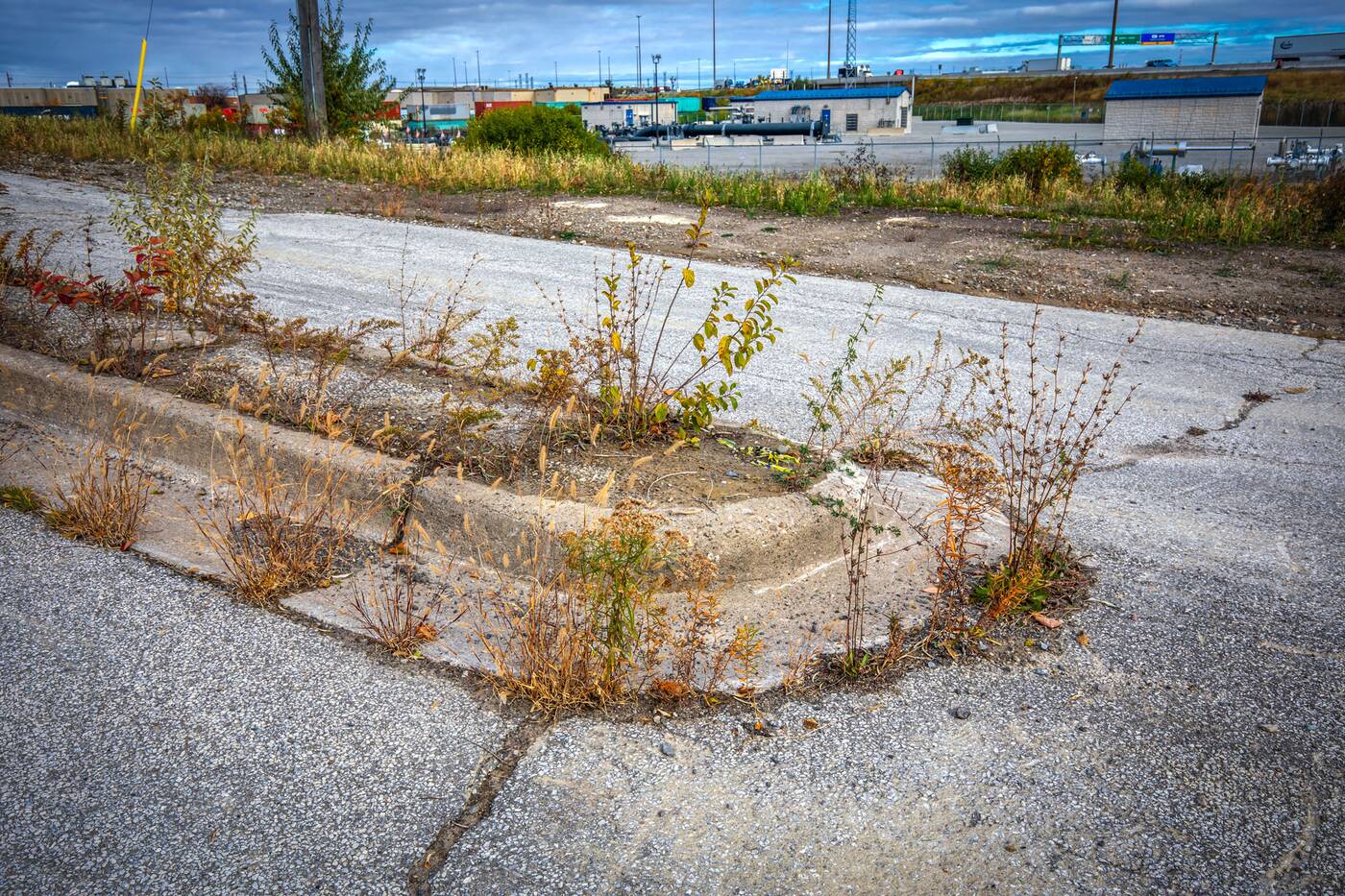 An archival aerial view, captured shortly after the creation of the Claireville Dam and reservoir in 1967, shows the road as it appeared before being swallowed up by the modern highway system. 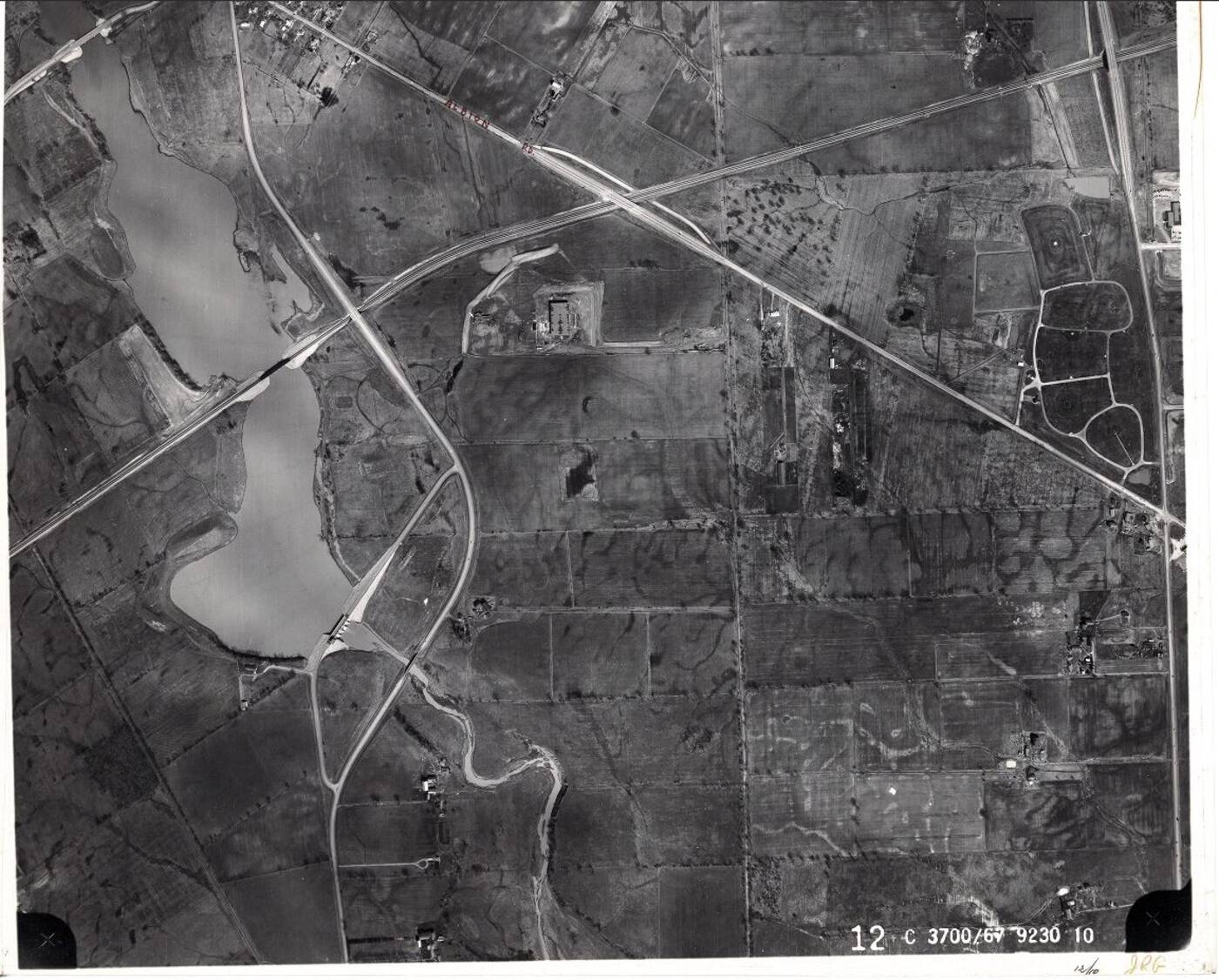 By the early 1990s, Indian Line Road was cut in two by a further extension of Highway 427 into Vaughan, its lanes carving right across the thoroughfare's alignment north of the reservoir, the freshly-deleted section of road's curving outline still visible in aerial photography as of 1991. 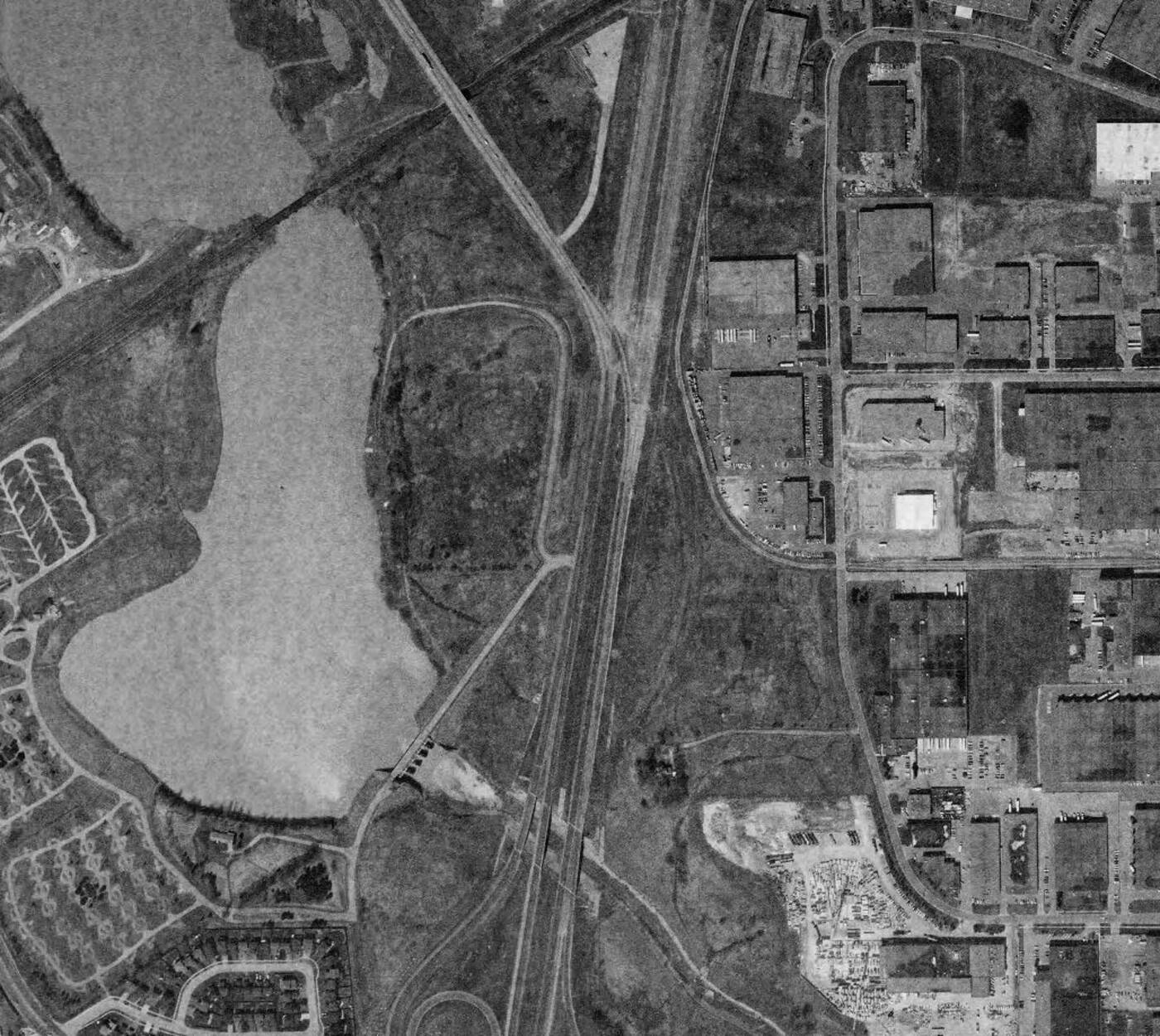 From there, it's about one kilometre to and from the bridge on level ground for a breezy, 2km hike.