If you live in Ontario, you may get a pleasant surprise with your next hydro bill in the form of a lower grand total, thanks to newly-lowered electricity prices.

As announced by the Ontario Energy Board (OEB) in October, electricty rates have been reduced for households and small businesses across the province effective today, Nov. 1, 2022, under the Regulated Price Plan.

Depending on when you're most likely to use electricity and how much of it you use, your bill should shrink by at least a few cents per kilowatt hour (kWh) — and those cents can really add up over time. 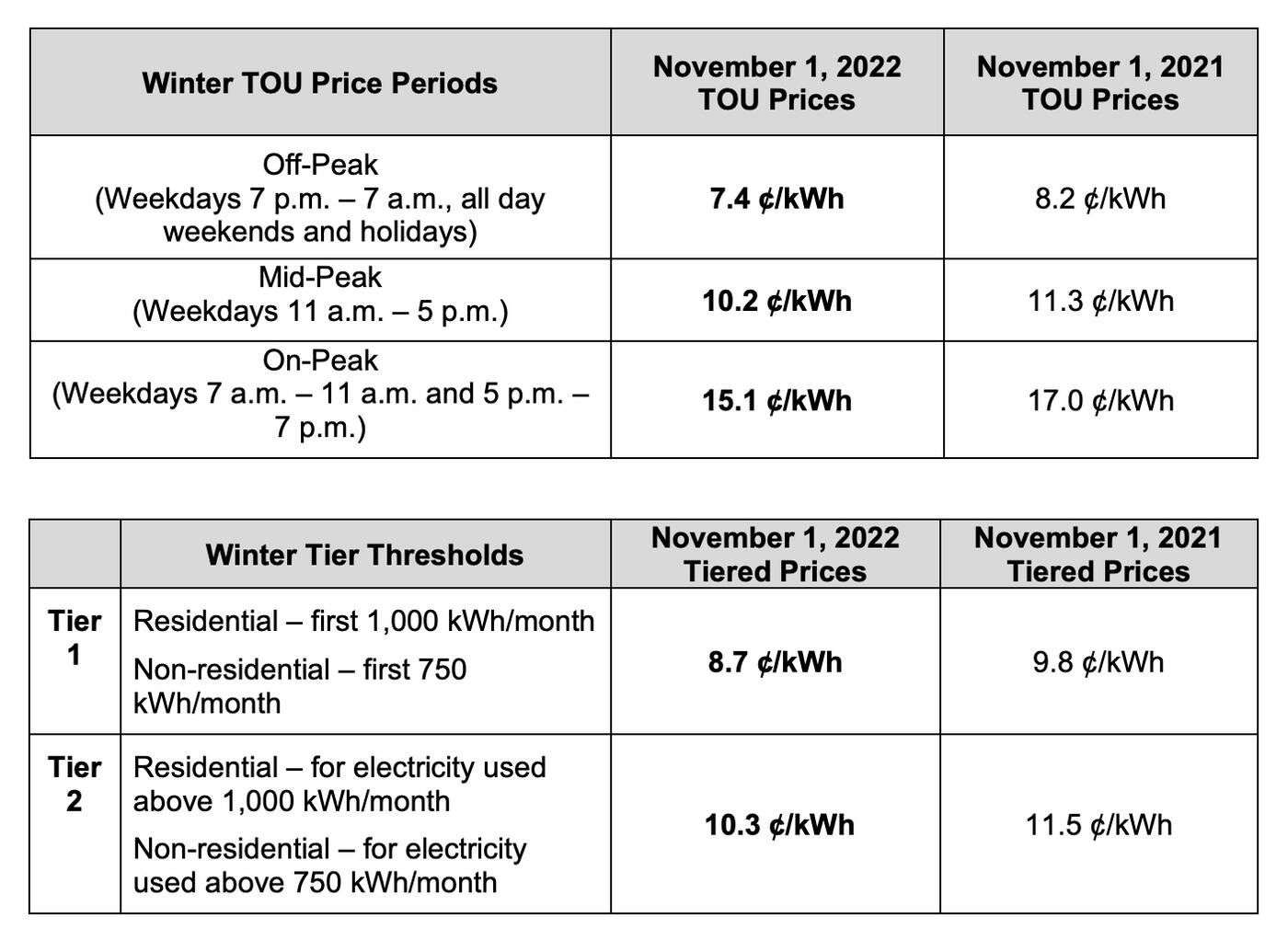 The changes in both Tiered and Time-of-Use plan prices for Ontario hydro will remain in effect until at least April 30 of 2023. Image via The Ontario Energy Board.

Hydro customers in Ontario currently have the option of choosing from one of two plans, both of which are impacted by today's changes:

Those on a residential Tiered plan pay a flat rate for the first 1,000 kWh used per month (tier 1) and a higher rate beyond that threshold (tier 2). Businesses have a threshold limit of 750 kWh/month.

People who've opted for the second type of plan, based on Time-of-Use (TOU), will see their winter hydro prices go from 8.2 ¢/kWh to 7.4 ¢/kWh during "off-peak" hours (weekends, holidays and weekends between 7 p.m. and 7 a.m.).

The Ontario Energy Board made a nifty graphic to make all of this a bit clearer: 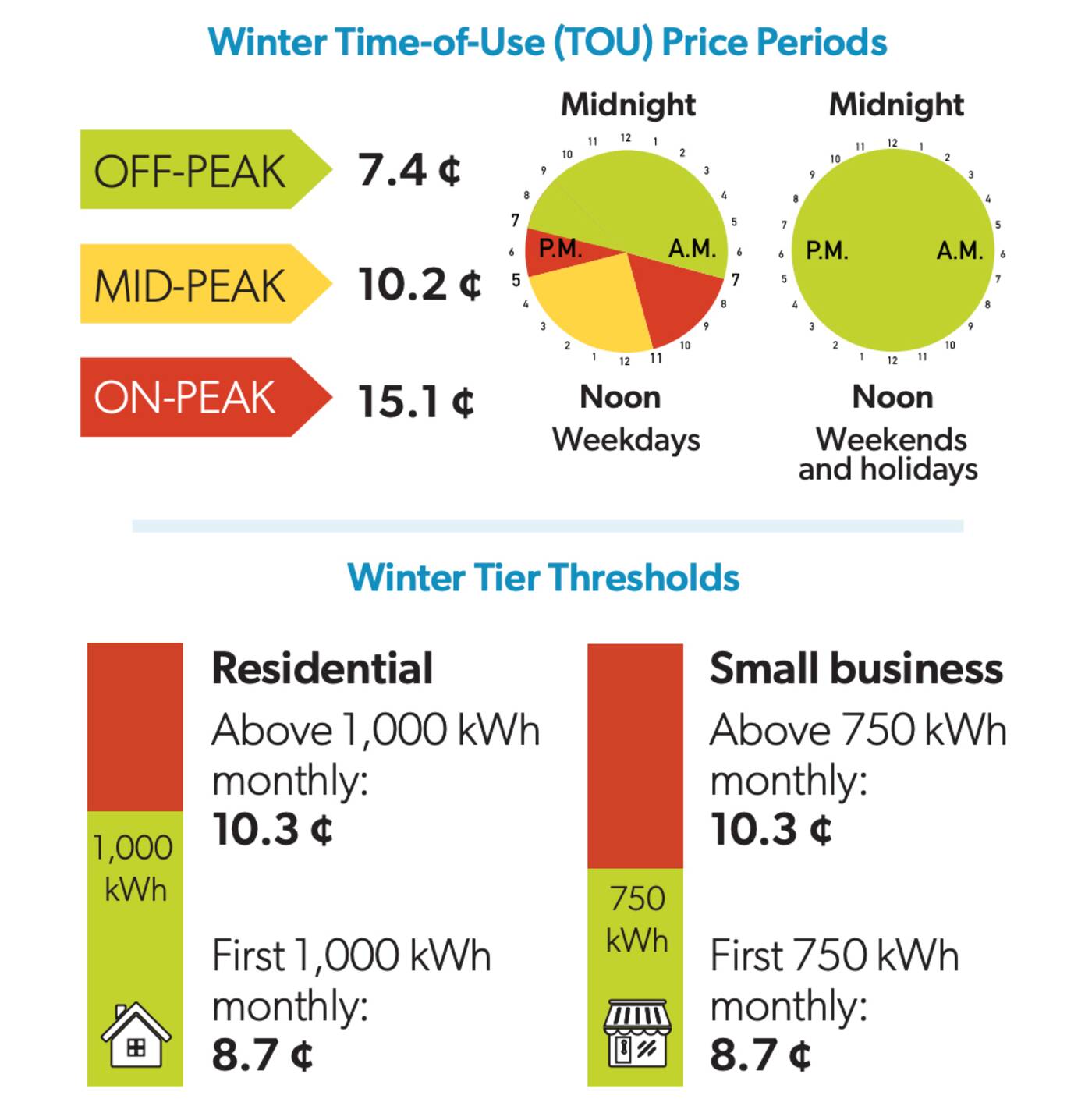 These new Time of Use and Tiered prices, effective Nov. 1, 2022, apply only to the 'electricity' line on a customer's bill and does not include additional fees such as delivery. Image via The Ontario Energy Board.

Unfortunately, while overall rates are going down, Ontarians will now see less money automatically taken off their bills each month in the form of government rebates.

"Also effective November 1, 2022, the Ontario government's Ontario Electricity Rebate (OER) will be changed to 11.7 per cent," wrote the energy board in a release announcing the news.

This is down from a rebate of 17 per cent per month.

"The OER is a pre-tax credit that appears at the bottom of electricity bills," explains the release. "For a typical residential customer who uses 700 kWh of electricity per month, the OER would decrease bills by about $13.91 each month."

Hey, we'll take what we can get when it comes to saving cash in this increasingly expensive world.