If you've been noticing a lot more news about coyote encounters in the Greater Toronto Area (GTA) in recent years, you're not alone.

These wild canines are encroaching into urbanized areas at a worrying pace across the region, and Brampton is among the municipalities fighting back, announcing the launch of a new tool on Monday to track coyote sightings in the city.

The new interactive map allows Brampton residents to report coyote sightings, identify sources of food coyotes may be attracted to, locations of mangy/sick or injured coyotes, coyote den sightings, and interactions with pets that other nearby pet owners should be aware of.

Despite just launching, the interactive map has already revealed a hotspot for coyote sightings centred around Kennedy Road between Bovaird Drive and Williams Parkway, an area crisscrossed by parks and ravines that act as highways for the curious canids. 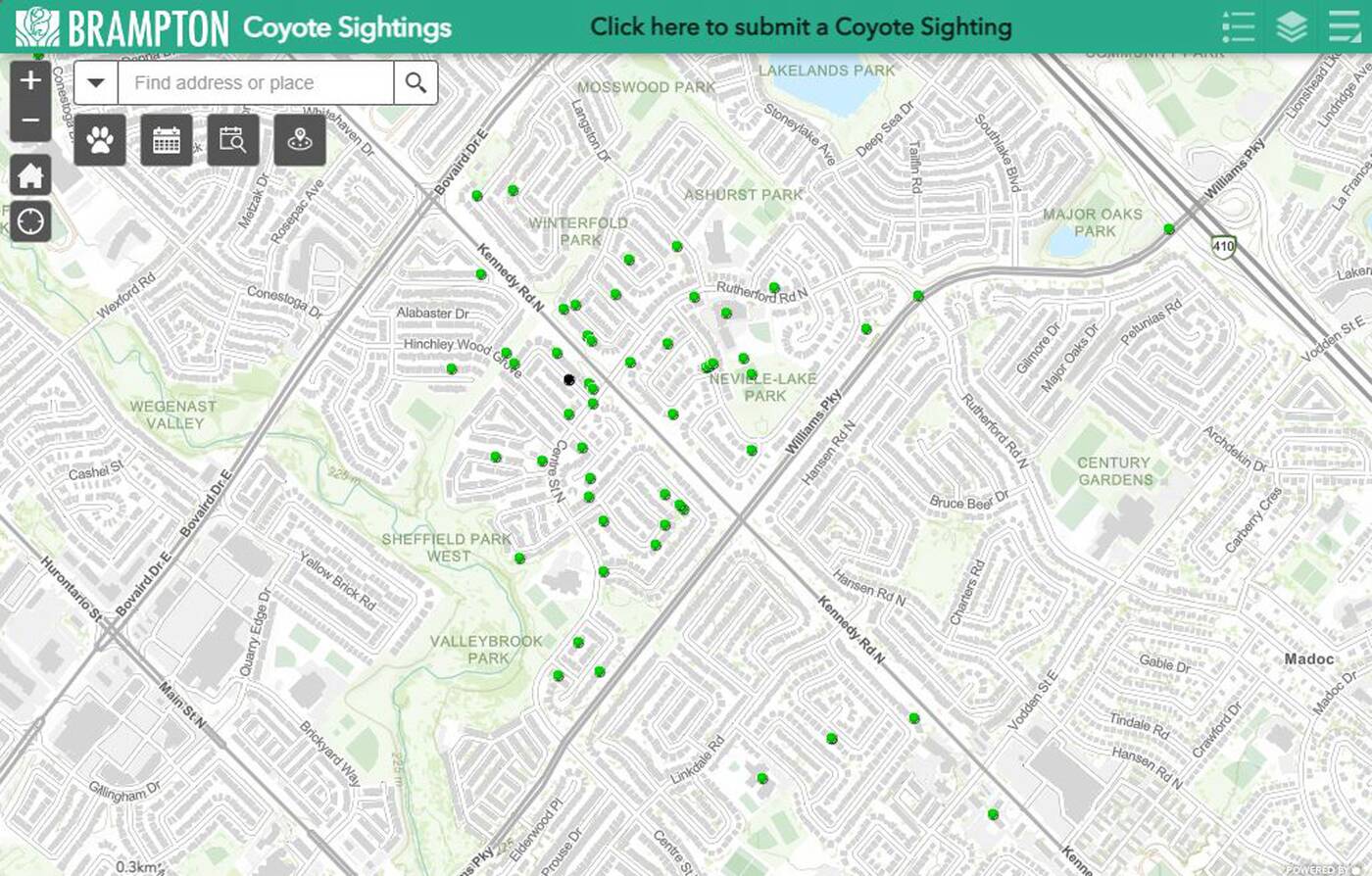 "Coyote sightings and encounters are occurring more and more across our city and surrounding areas," said Brampton Mayor Patrick Brown in a prepared statement on Monday, adding that the "new tool will allow residents to report sightings and keep informed on coyote activity in their area and throughout the city."

Though the tool is an important addition to Brampton's arsenal in keeping the public safe from coyotes, the City urges members of the public to call 311 for any assistance with a sick or injured animal that might pose a risk to health and safety.

They warn that if a coyote is encountered, residents should immediately stop and pick up small children or pets, stand still — never run from a predator, that's how they know you're prey — make yourself look bigger with an aggressive stance, and make lots of noise.

They recommend umbrellas, sticks, or whatever you have at hand to startle the hell out of the canines and let them know you aren't worth the fight.

Only once a coyote is sufficiently freaked out should you attempt to back away — and slowly — while maintaining constant eye contact with the animal.

You know, to assert dominance and all that stuff best explained in a David Attenborough voice.