The Sheraton Centre Toronto Hotel on Queen Street West, across from City Hall, features what might be the most pointless bridge in Toronto.

Opened 50 years ago, on October 16, 1972, the 43-storey, 1,300-room concrete giant first welcomed guests as the Four Seasons Sheraton Hotel, and included a pedestrian bridge over Queen Street connecting the property to the elevated walkways that encircle Nathan Phillips Square. 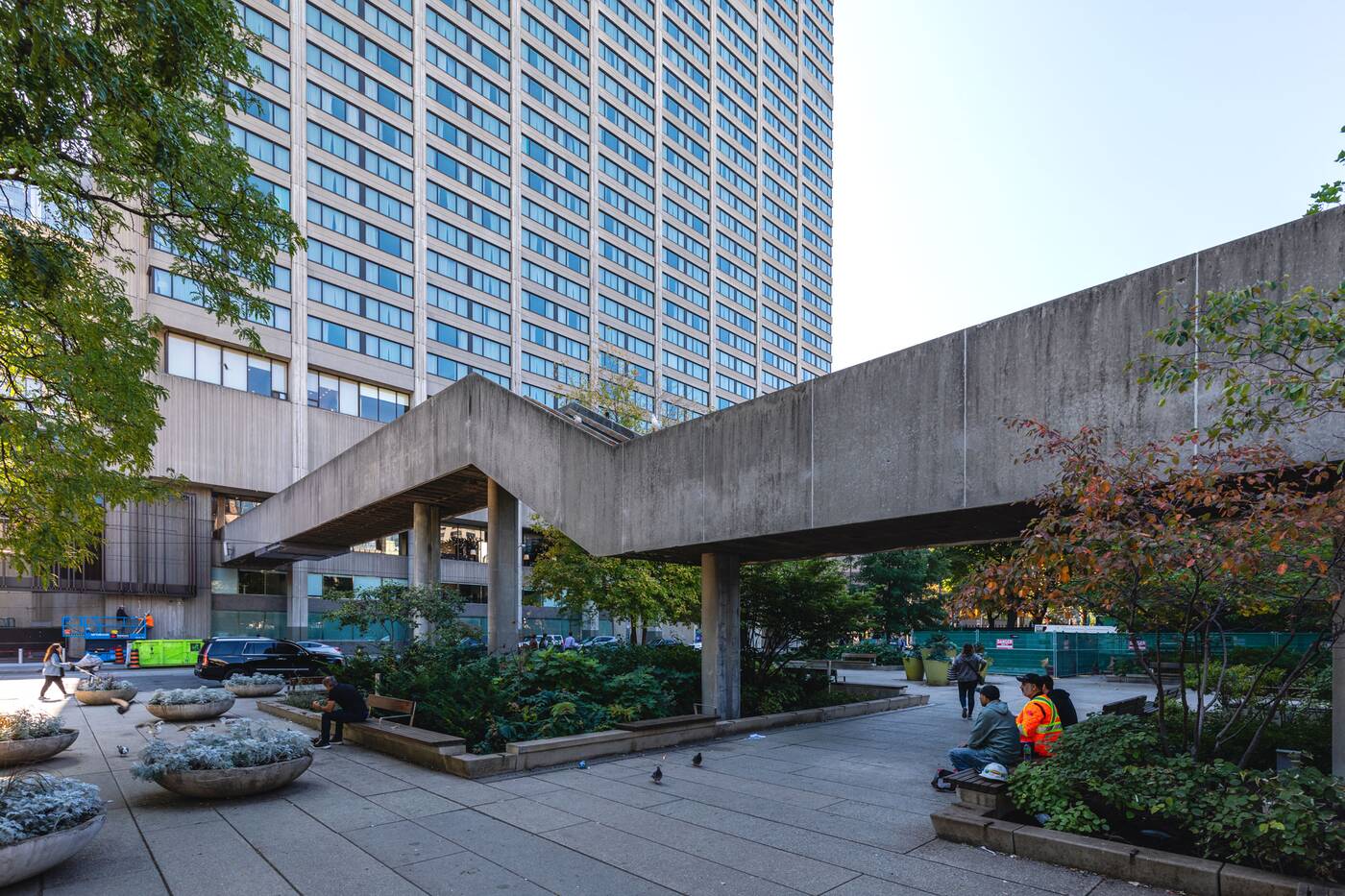 The bridge was envisioned as a grand entrance to the square for VIP hotel guests, but due to disuse and a lack of maintenance on the crumbling concrete walkway, the hotel would eventually replace its bridge access door with a glassed-in wall to create a dead-end path above Queen Street. 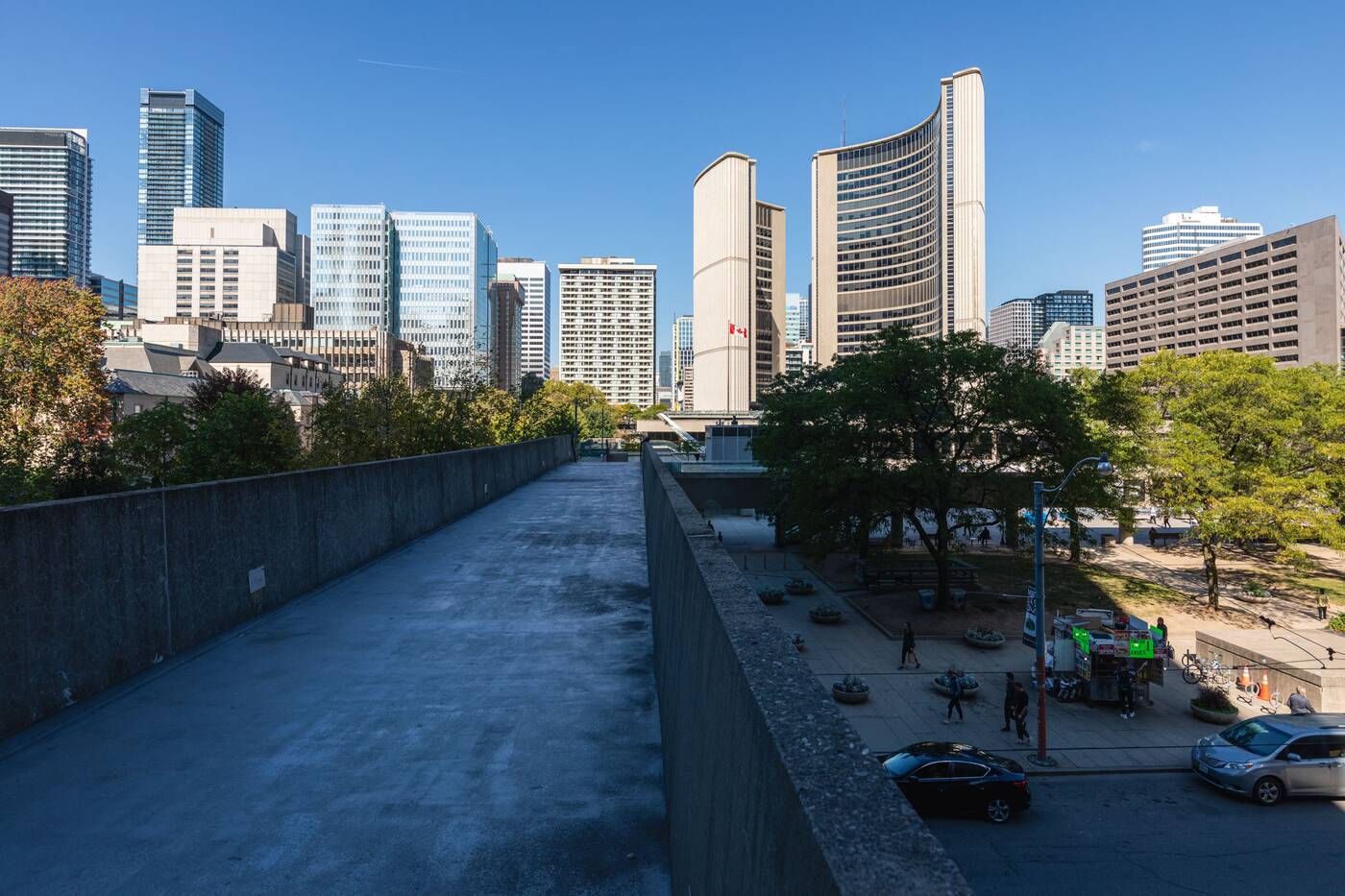 Over the decades, a lack of through-access and the cover provided by the high concrete walls of the walkway has attracted people seeking to discreetly partake in substances or…ummm…have a little private time with their partners away from the prying eyes of tourists in the square. 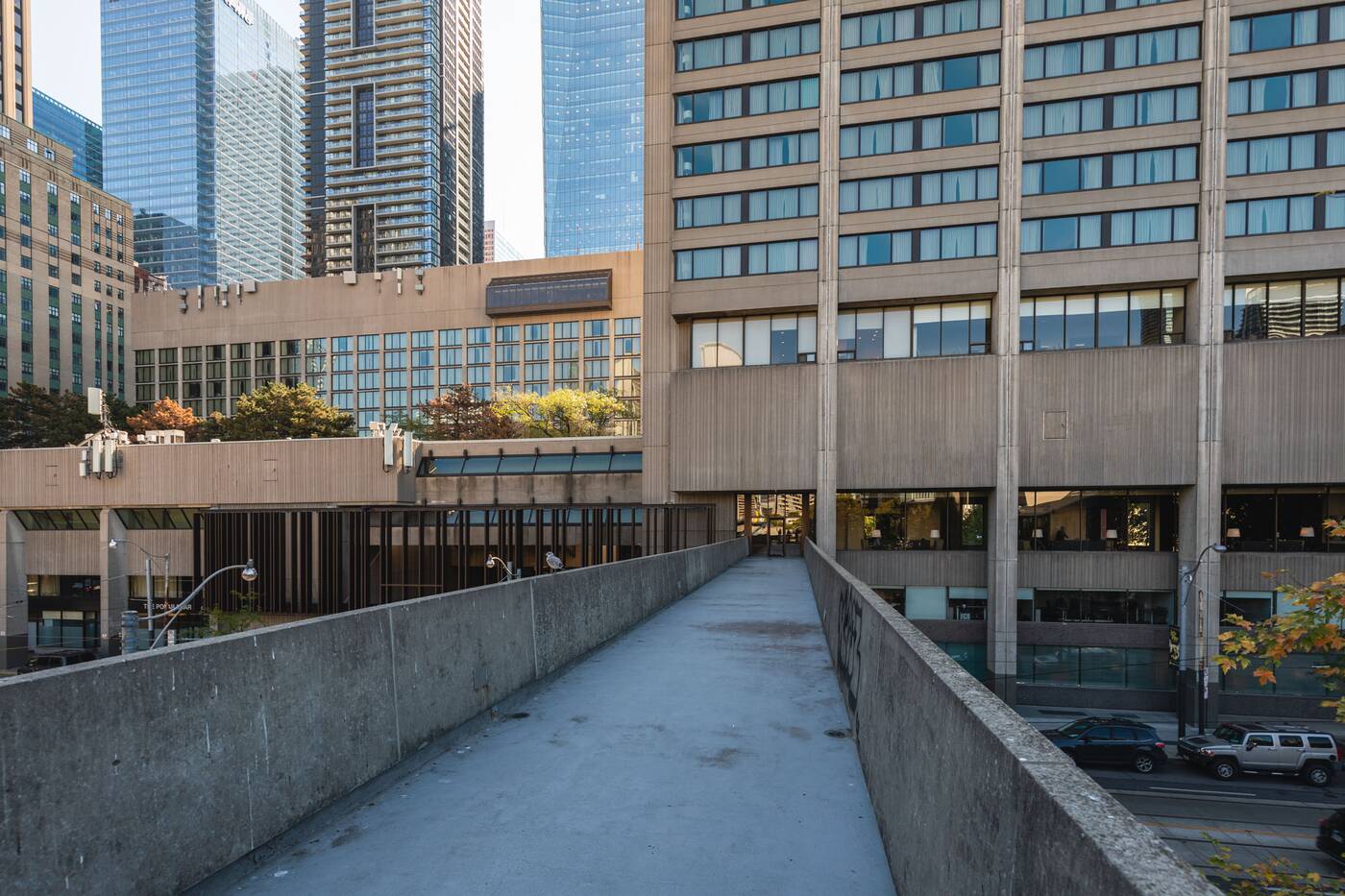 It's also been a popular spot for photographers, offering an elevated view of a major thoroughfare that includes landmarks like Old City Hall and the Eaton Centre bridge to the east. 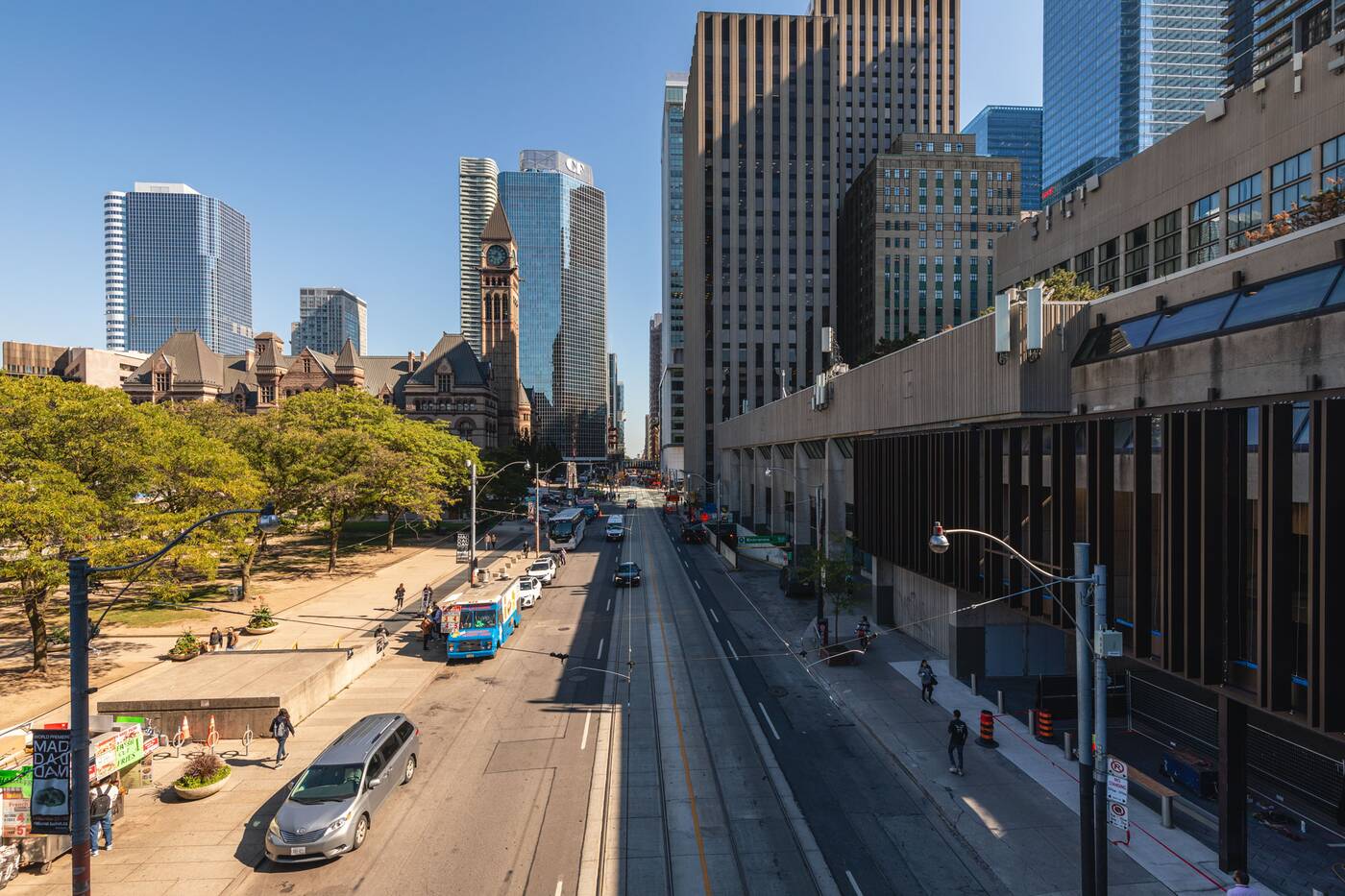 Despite being a somewhat scenic dead-end, the bridge remained effectively useless through the decade, though, as the former second-floor entrance to the hotel remained glassed-in.

The bridge almost met its end during the drawn-out revitalization of Nathan Phillips Square in the 2010s, though it was ultimately spared. Nothing really changed until a recent hotel renovation reinstated the dead-end bridge to a true crossing. 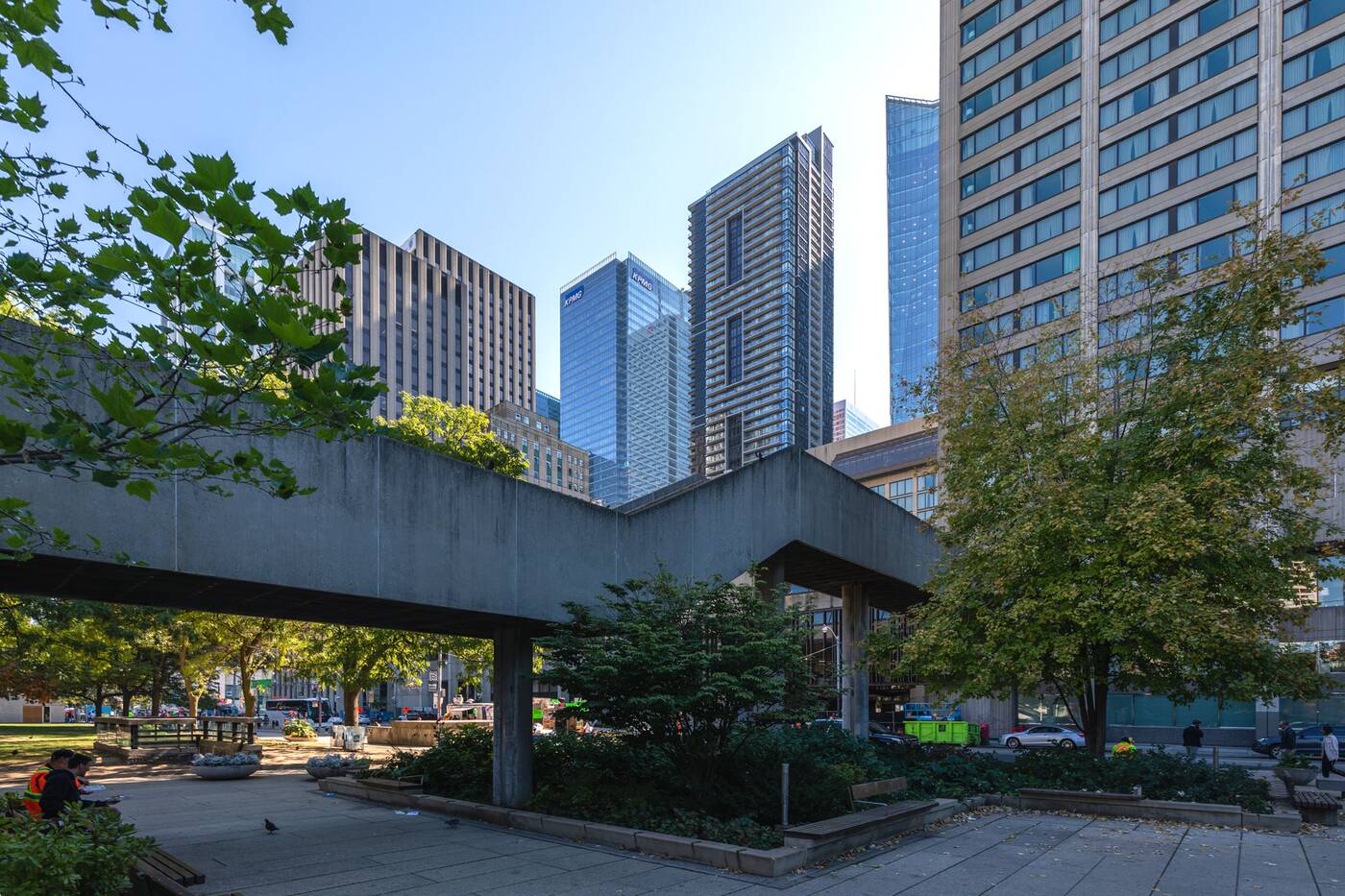 After learning that the long-pointless bridge's hotel access point was reinstated during the massive hotel overhaul now concluding for the Sheraton's 50th anniversary, blogTO visited the renewed property to re-experience the bridge crossing as was intended when the hotel first opened a half-century ago.

Only to find a locked door on the south side of the bridge. Figures. 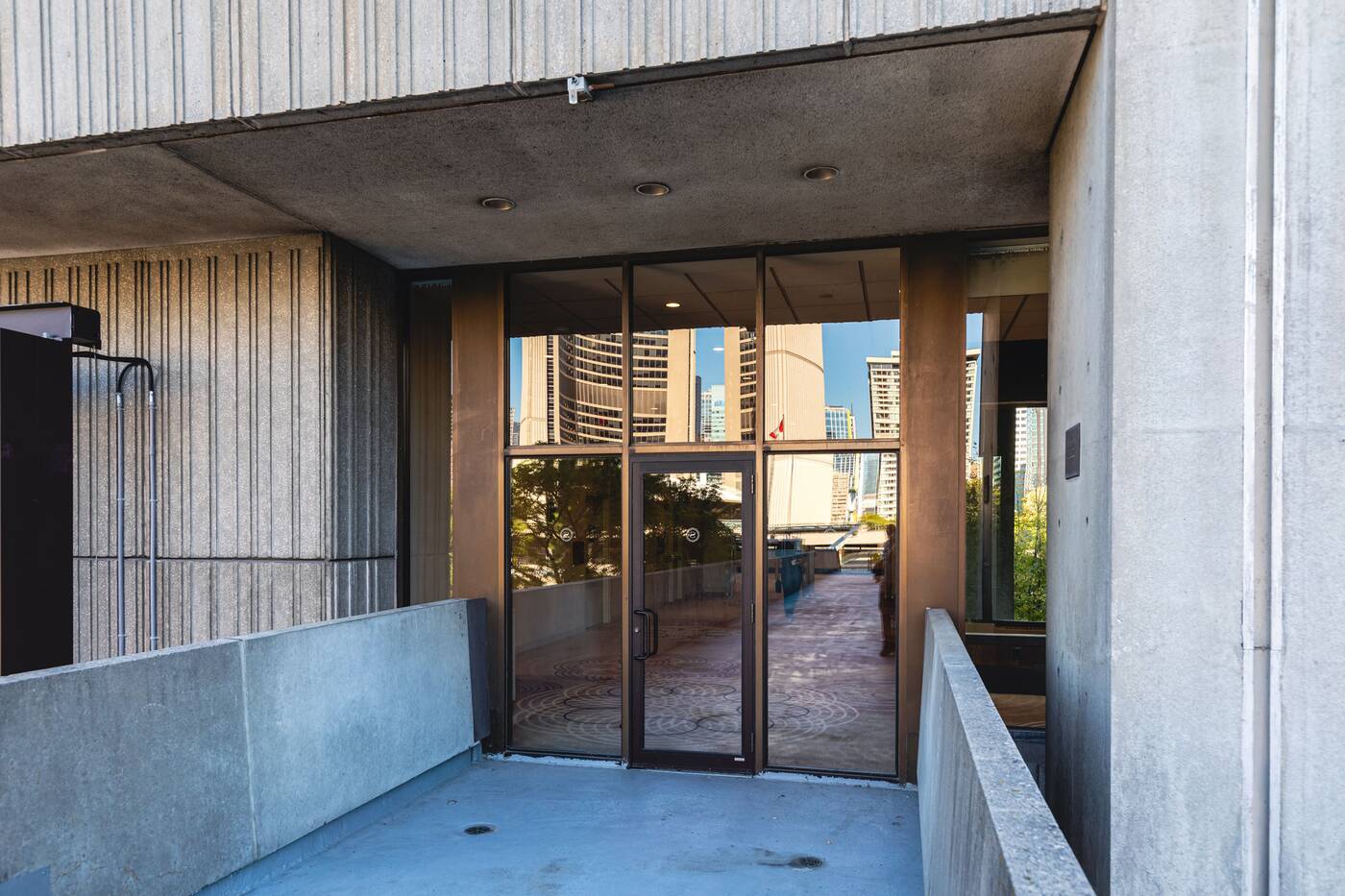 After some persistent prodding at the front desk (a hotel receptionist seemed shocked that the hotel even had a bridge and a security guard tried to insist the hotel door was somehow city property and could not be opened), the door was finally unlocked, and the experience was complete. 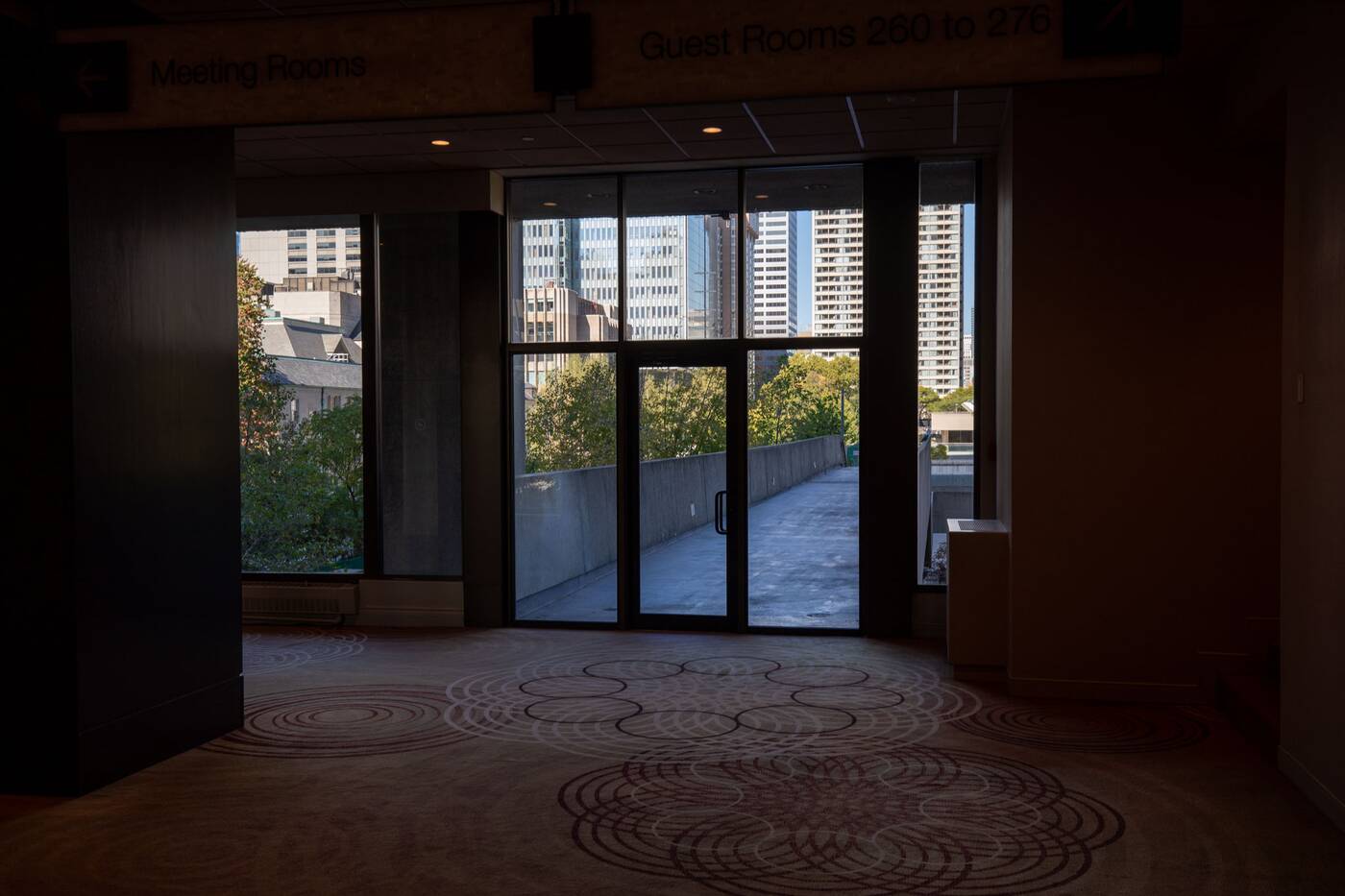 Almost immediately, curious pedestrians started to filter out through the hotel door, proving that if you give people access, they'll use it. 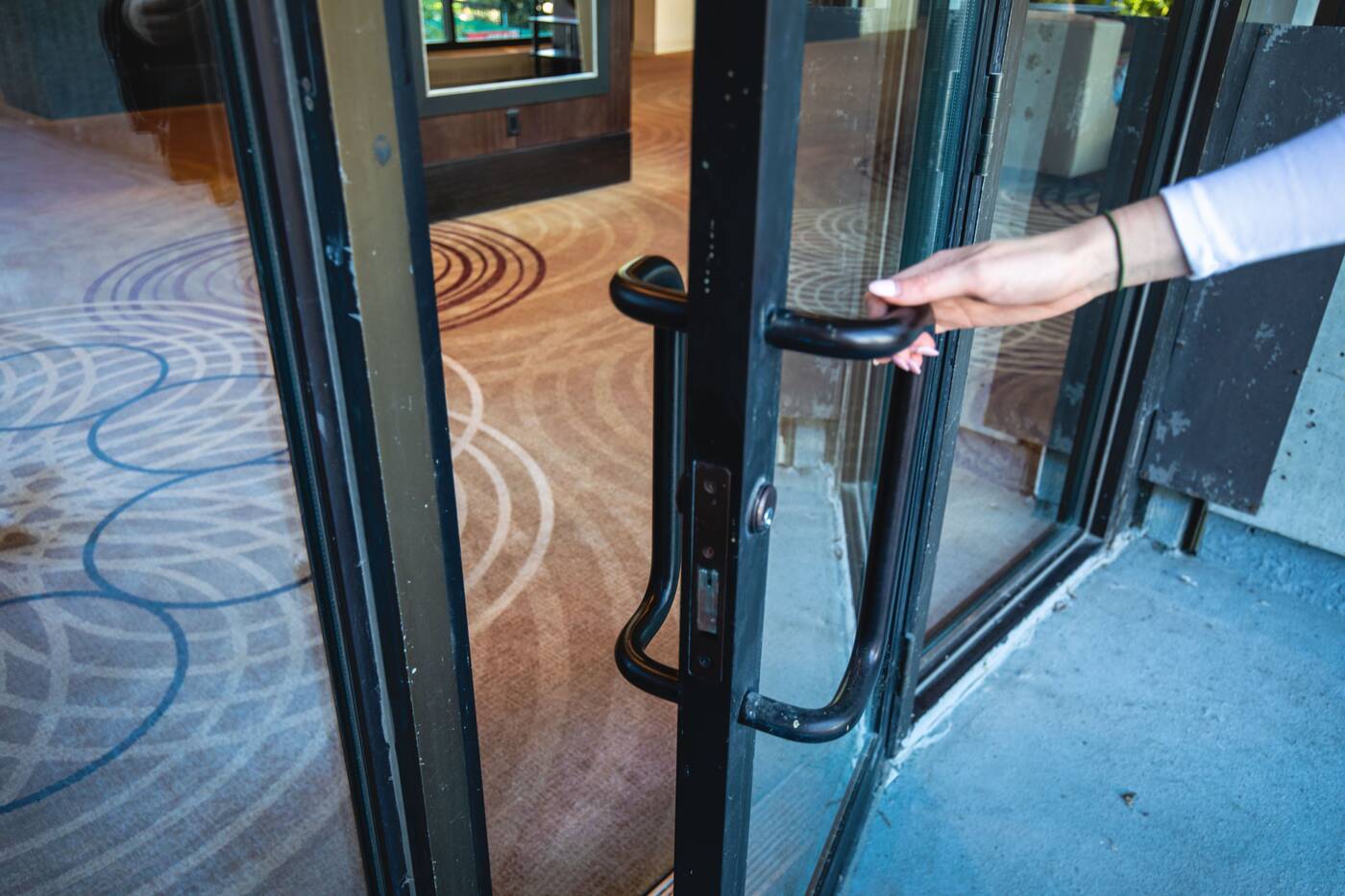 But it begs the question, why reinstate a door only to leave it locked?

Heather Horton, Director of Marketing at Sheraton Centre Toronto Hotel, tells blogTO that "As part of the renovation, we have re-opened the street-level entrance on Queen Street, which has been closed since approximately December 2020. This will allow guests and visitors to directly access our lobby, new dining venues and the PATH from Queen Street."

"However, the pedestrian bridge will remain in use for special occasions only." 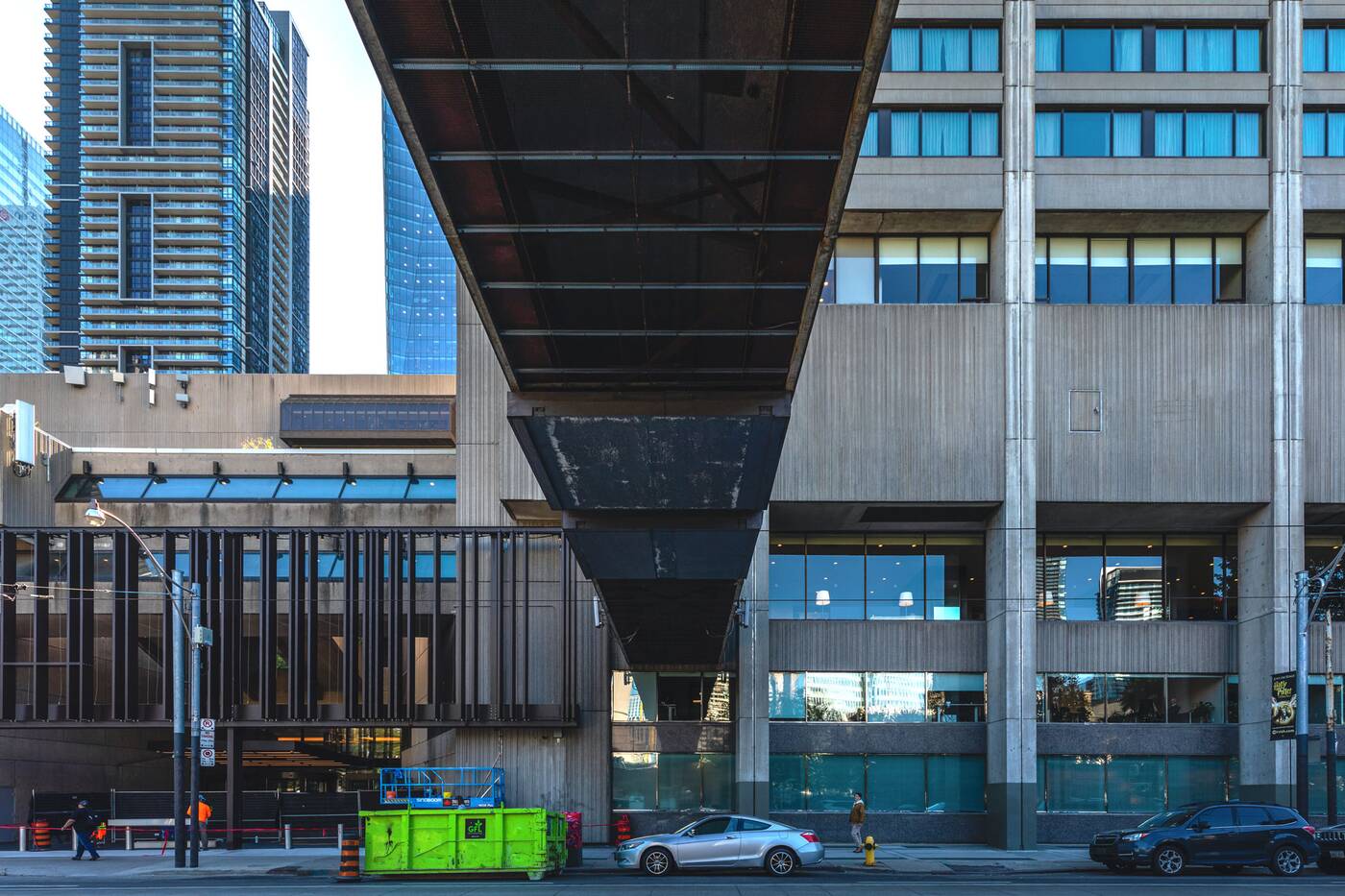 So the TL;DR here is that Toronto has a bridge that, for decades, was impassable.

It's still pretty useless, but thanks to the new upgrade, sometimes it isn't.