Most of a busy Toronto park will be off-limits to the public for more than a year, set to close to accommodate the construction of a nearby residential tower.

Locals in the densely-populated St. James Town area will be without a neighbourhood park until 2025, with the city set to close the majority of St. James Town West Park during the week of September 26, 2022. The park closure is set to last until Spring, 2025. 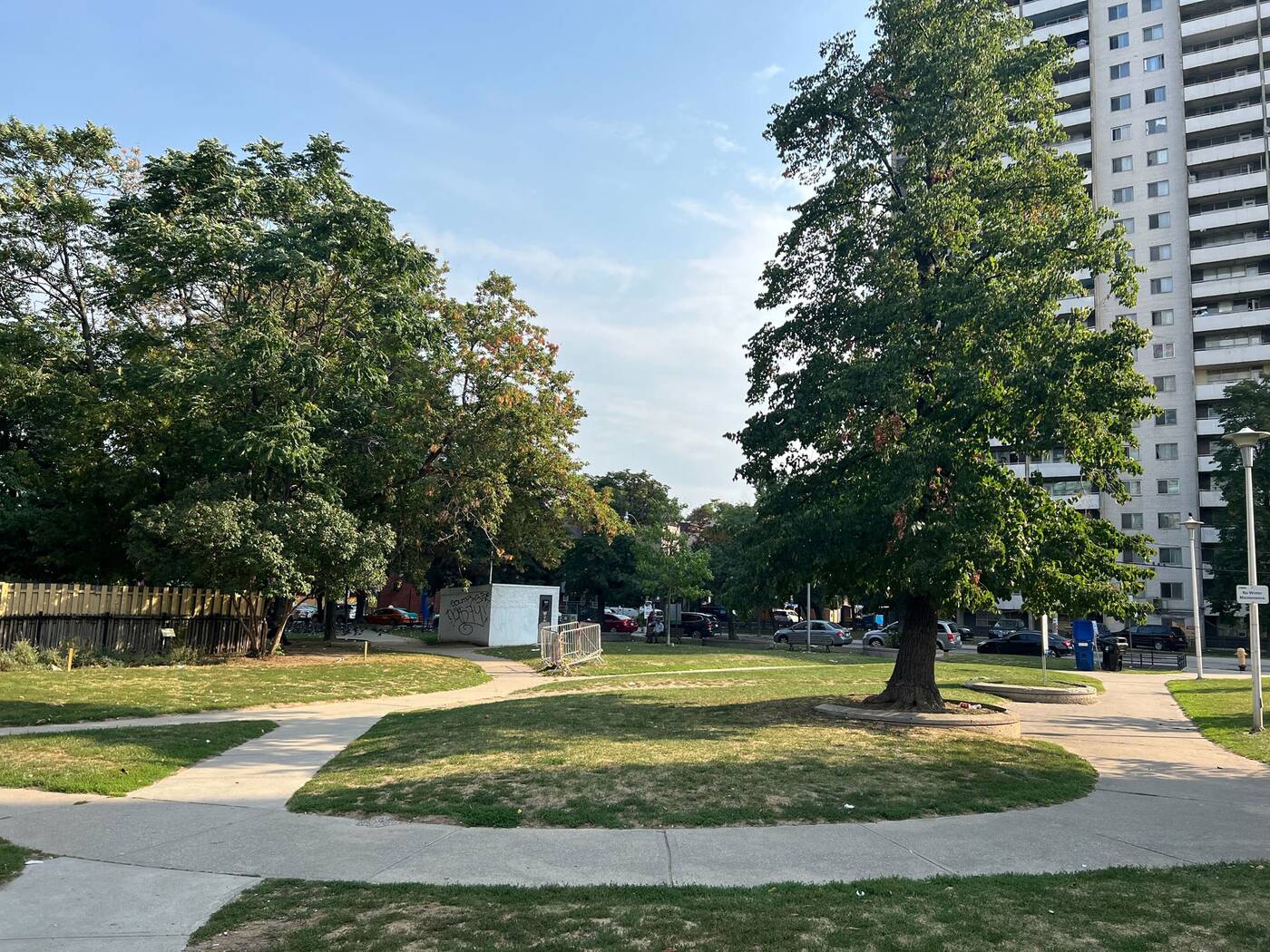 A portion of the park will remain open until Spring 2024 to allow access between Bleecker Street and Sherbourne Street, before this southern area of the park will also close for a full year.

The temporary loss of this public green space is to allow the redevelopment of 591-601 Sherbourne Street — where a new rental tower will be constructed — as well as repairs to the parking garage the park is constructed atop of. 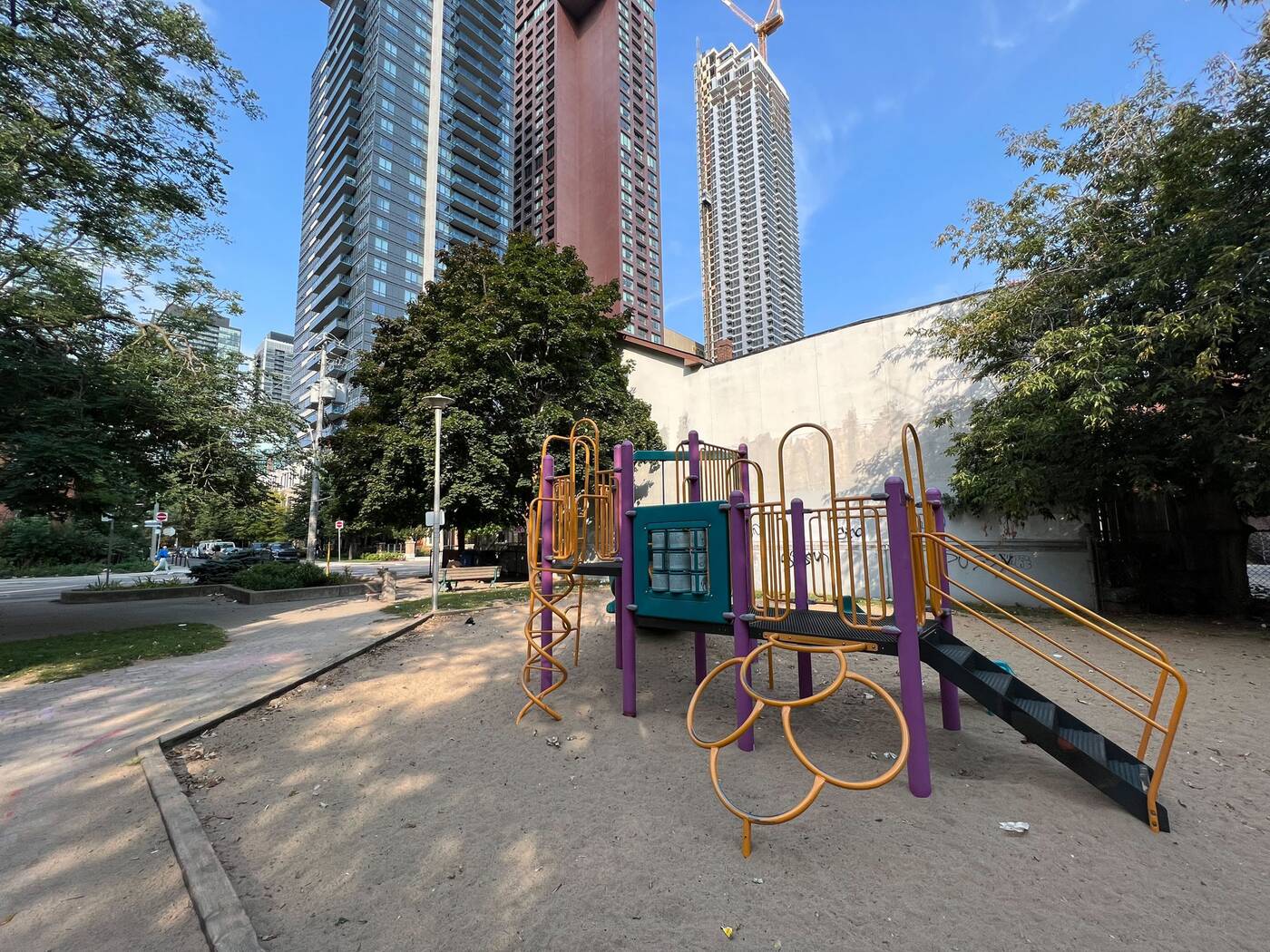 Though operated as a city park, the majority of the site is actually not city-owned land. Most of the park — as well as the parking garage below — is owned by Medallion Developments and leased to the city.

So while some may feel it unfair to temporarily lose a public space, it is actually Medallion's land in the first place.

Yes - rental tower at Sherbourne and Howard. Park will be getting redone as part of the development but it’s quite a long closure pic.twitter.com/jQQ9xPe3fb

Similar to the reconstruction of College Park a few years earlier, the closure of St. James Town West Park requires the removal of the park surfaces to access the roof of the parking garage below.

As with the College Park redesign, the need to tear up the existing public space offers the city a prime opportunity to inject new life into the site. 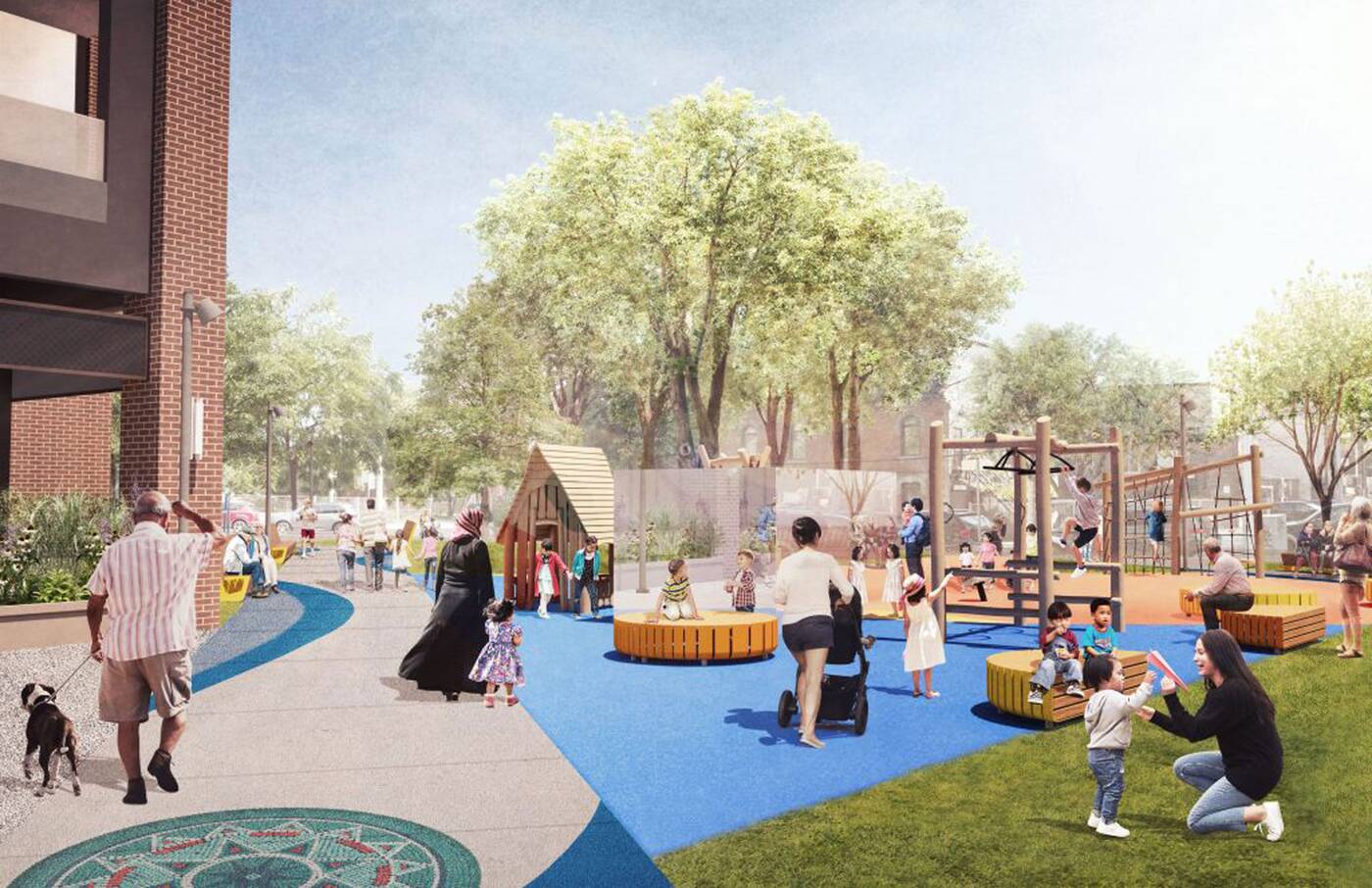 Area residents who tough it out through construction will be rewarded with a brand new St. James Town West Park featuring new amenities like a rebuilt children's playground. 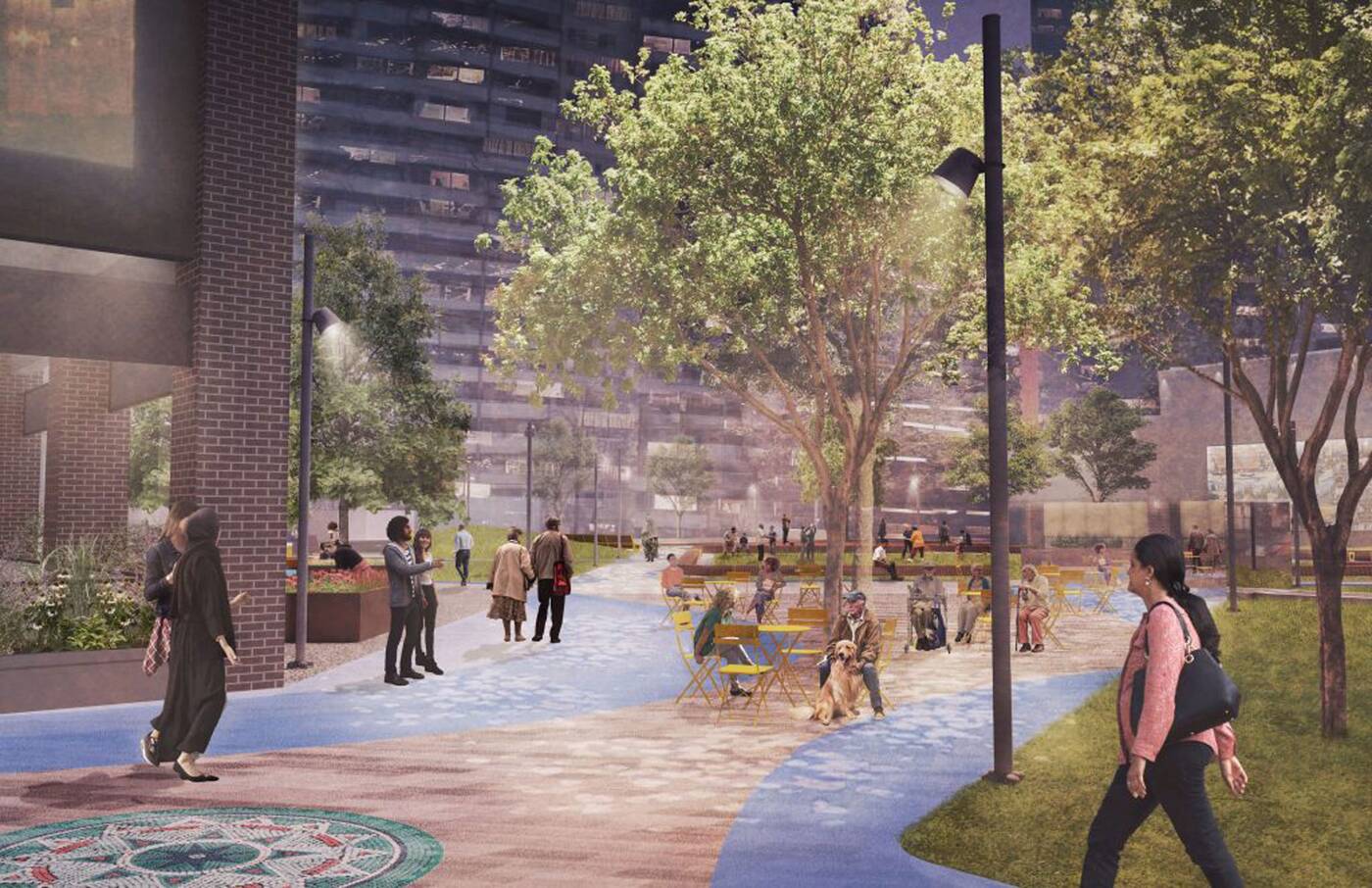 Other features of the rebuilt park will include pathways providing direct routes across the site, new lighting to promote safety, seating options, and Indigenous place-keeping throughout.