Toronto homes are not known for having sprawling backyards, or enough land to plant and harvest vegetables and fruits.

But one Toronto architecture firm is hoping to one day change that, with their innovative and cutting-edge design.

Introducing STACKLAB, a multidisciplinary design studio founded by Jeffrey Forrest in 2013, who describes it as a "little idea factory."

The firm's latest prototype is a sight to behold: a bulbous and rounded greenhouse, tall enough for shelves, with four mostly horseshoe-shaped arches. 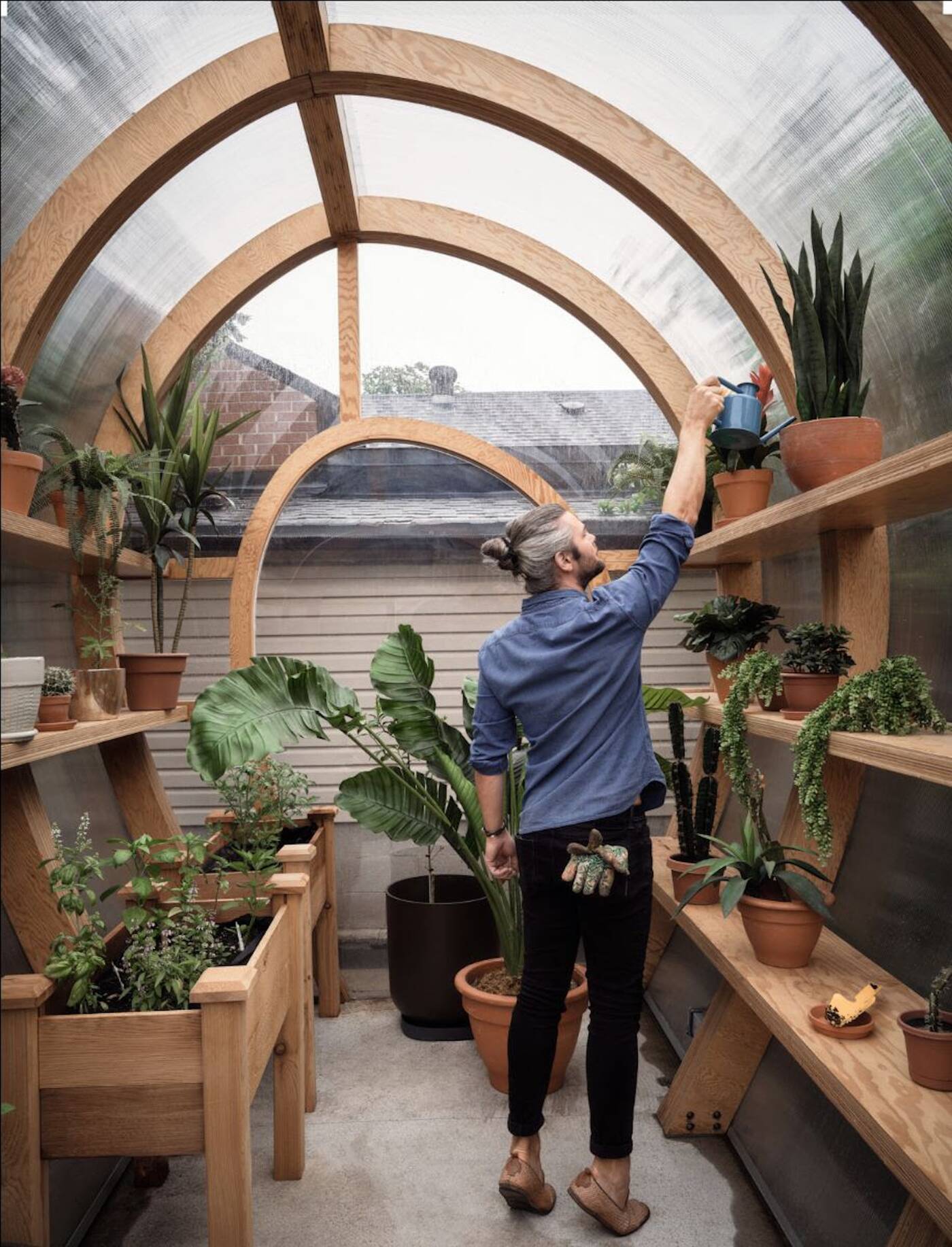 It was created for a pair of longtime customers, who wanted to reclaim the space of an old lap pool in their Chinatown backyard with a greenhouse of some sort.

With a very small and narrow urban lot, it required something cutting-edge and never seen before, to create more usable interior space.

With an ingenious idea, STACKLAB was able to create this structure by keeping the foot print exactly the same and circumventing city building permits, making it more accessible. 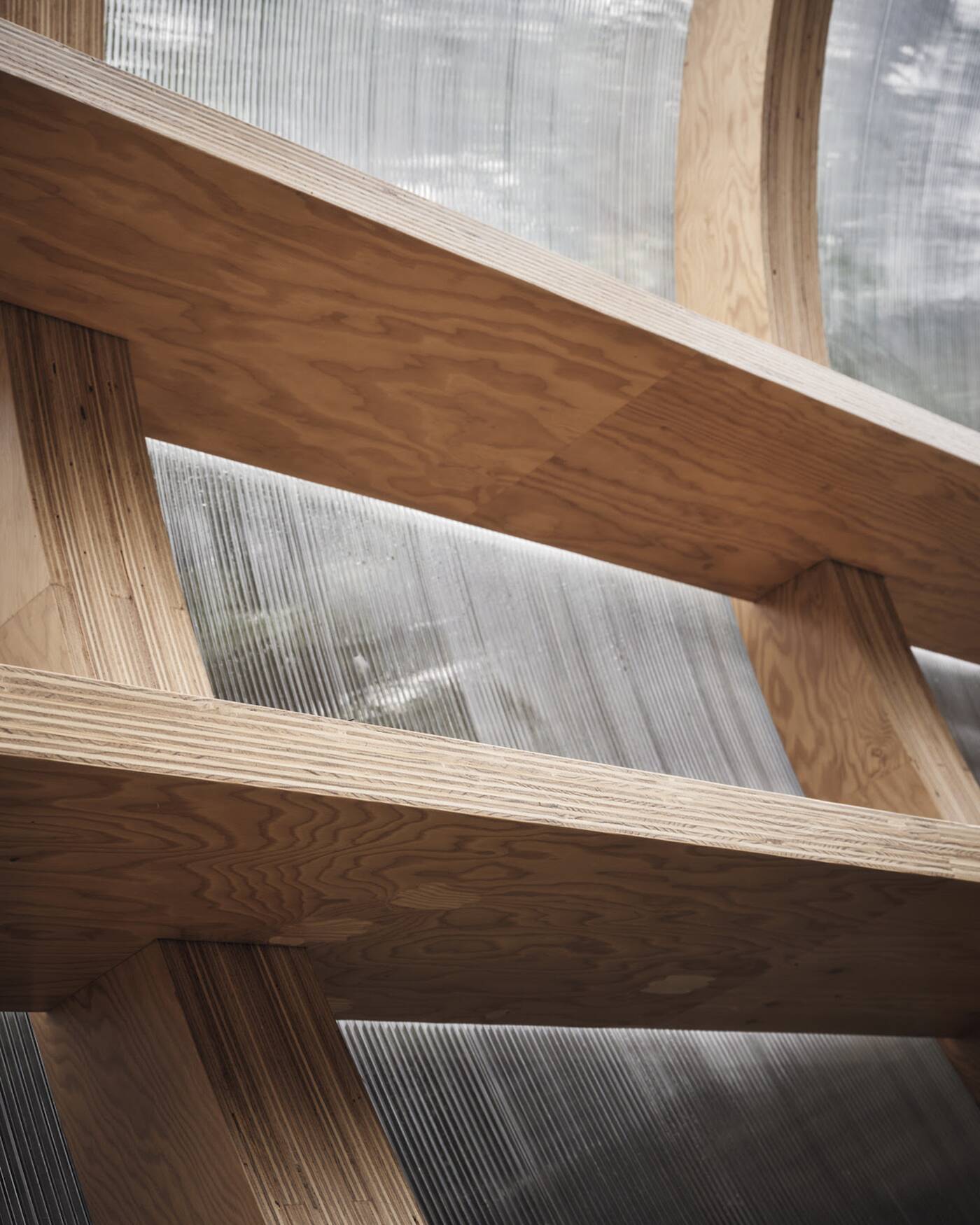 "The square footage of the plan is 88 square feet and the counter height is 130 feet, which slinks below the building code," said Forrest.

All of the materials used are either recyclable or readily-available, a very important notion for the design team who does not want to create more waste. This was a key detail in creating the ribs (which are robotically milled) and panels which were ordered exactly, to skip any cutting.

"We are interested in conceptual design and high performance and are very dogmatic about supporting the local economy," said Forrest. 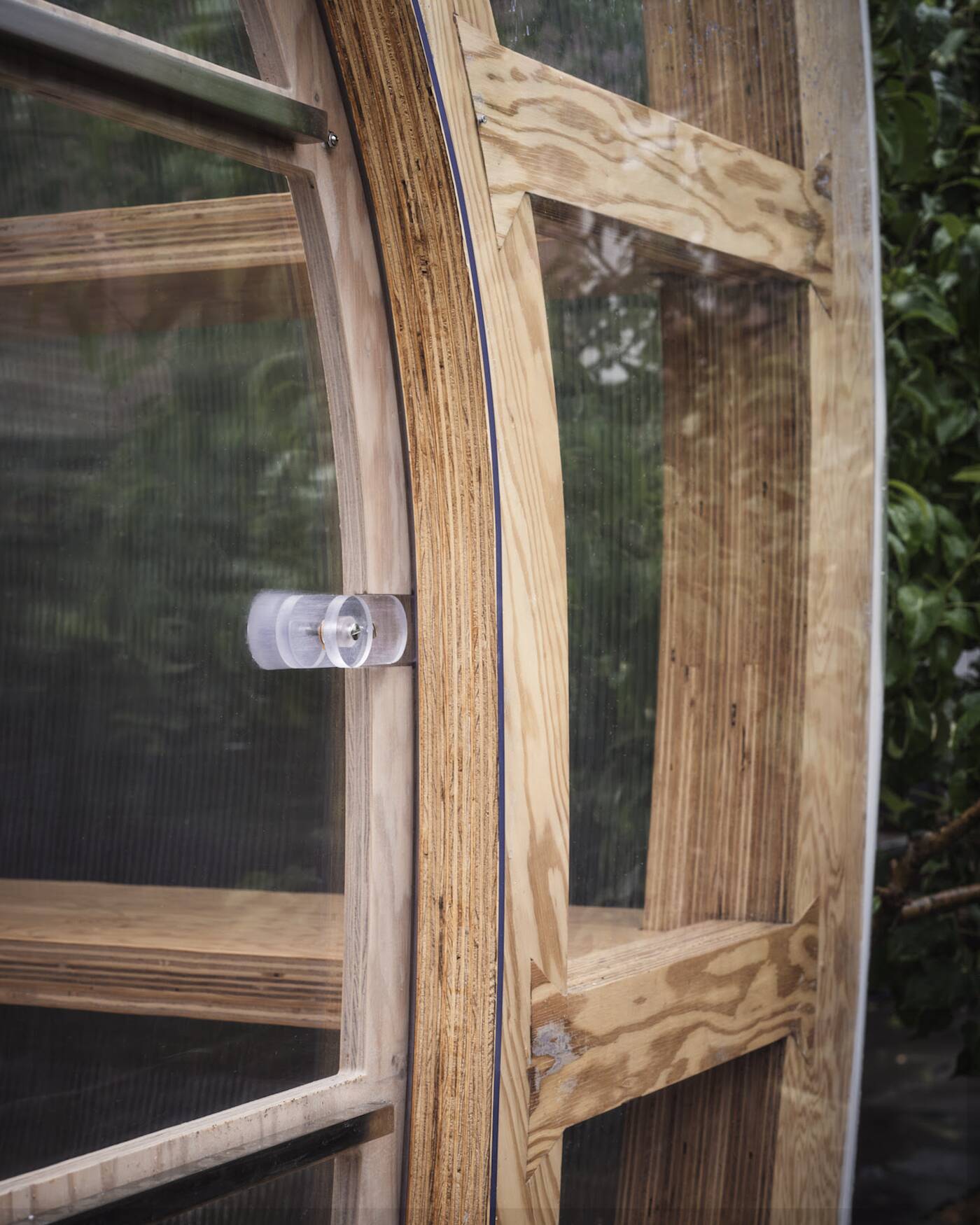 "The spacing of the ribs leverages off-the-shelf sheet dimensions, eliminating the need to perform wasteful cuts. And the form, which bows out at counter-height, delivers the clients valuable storage space as the shelves climb and brace the structure," reads a press release.

One of the key pillars in STACKLAB's philosophy is to support local artisans and makers, with every part of the greenhouse crafted within 150 kilometres of its Sterling Road studio.

"Everything is polycarbonate in this [greenhouse] and wood. The only steel piece is a door pivot hinge. It's intended to be a pretty honest construction in that way," said Forrest. 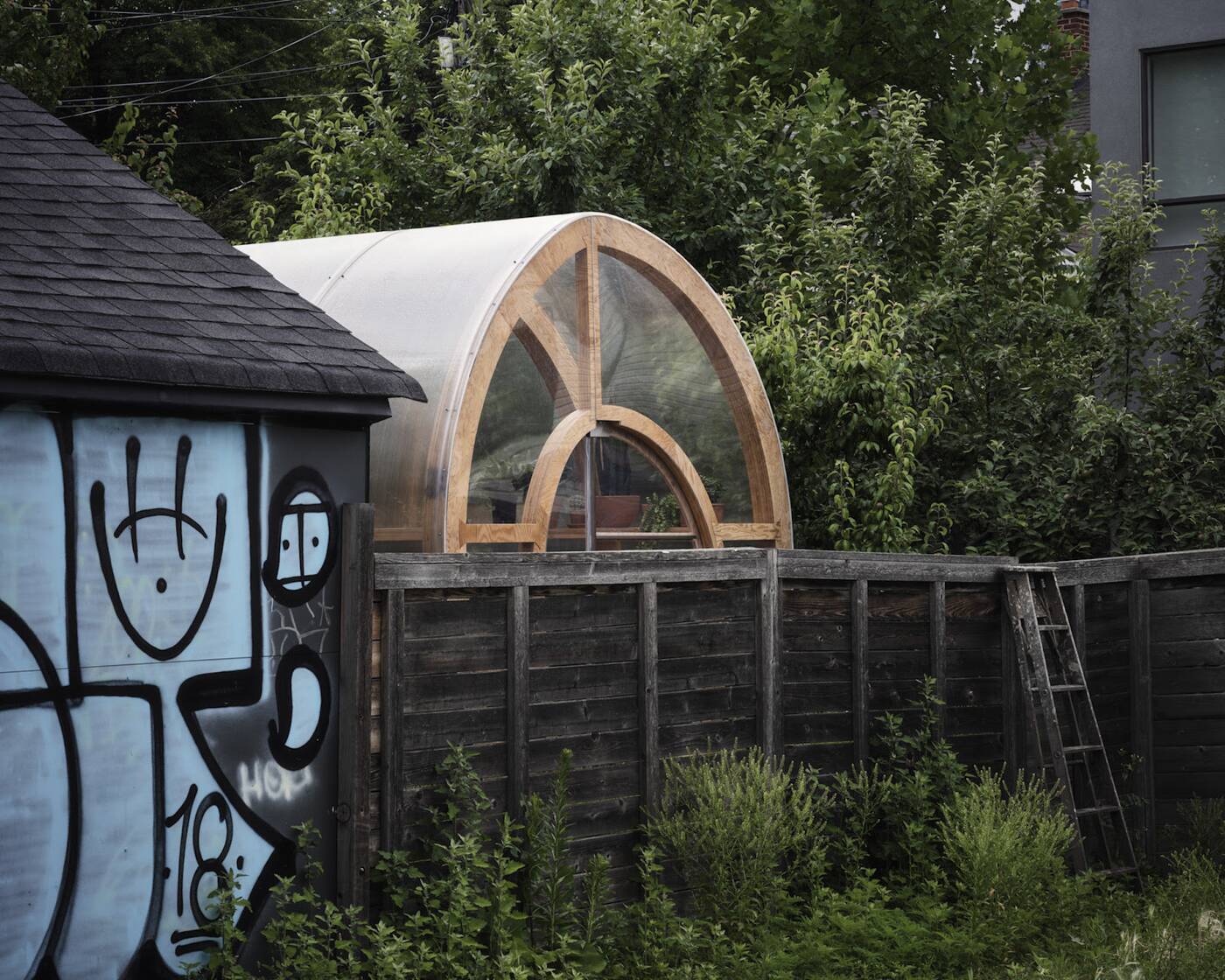 What's even more shocking than that is it took only one day to assemble the greenhouse, with the parts brought in on a flatbed truck and hoisted with a boom.

It was installed just prior to last year's winter and Forrest has been visiting the structure to make minor adjustments for optimal performance - he says with one more visit the structure will be "pretty darn good." 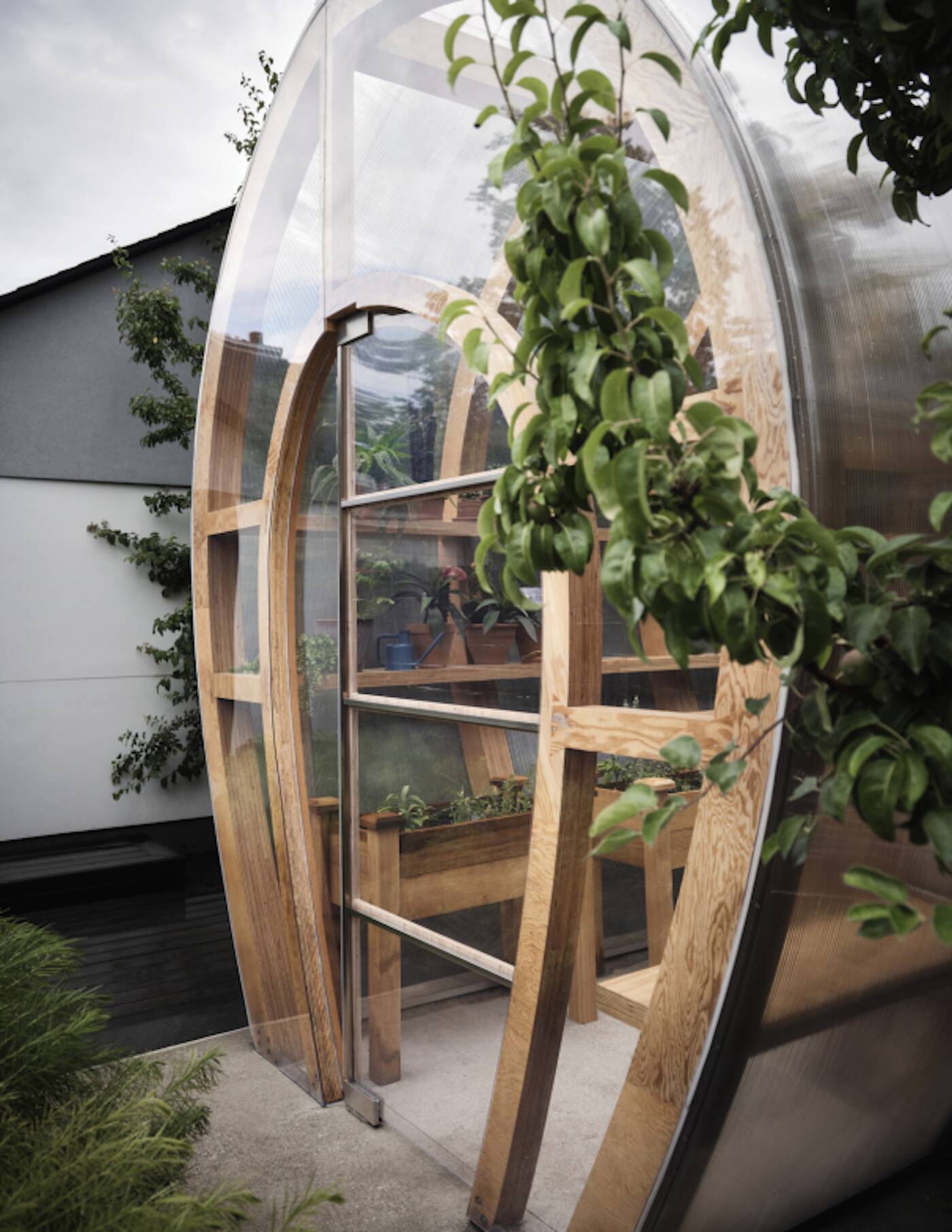 The greenhouse sits on top a concrete slab which allows the structure to remain warm year round through radiant heating. Its owners are using it to grow their own produce and house their collection of tropical plants.

But because this is the first-ever greenhouse made by STACKLAB, the cost is not very accessible. But as Forrest explains, there is a ton of room for improvement with potential new manufactures and other ways to keep costs down. 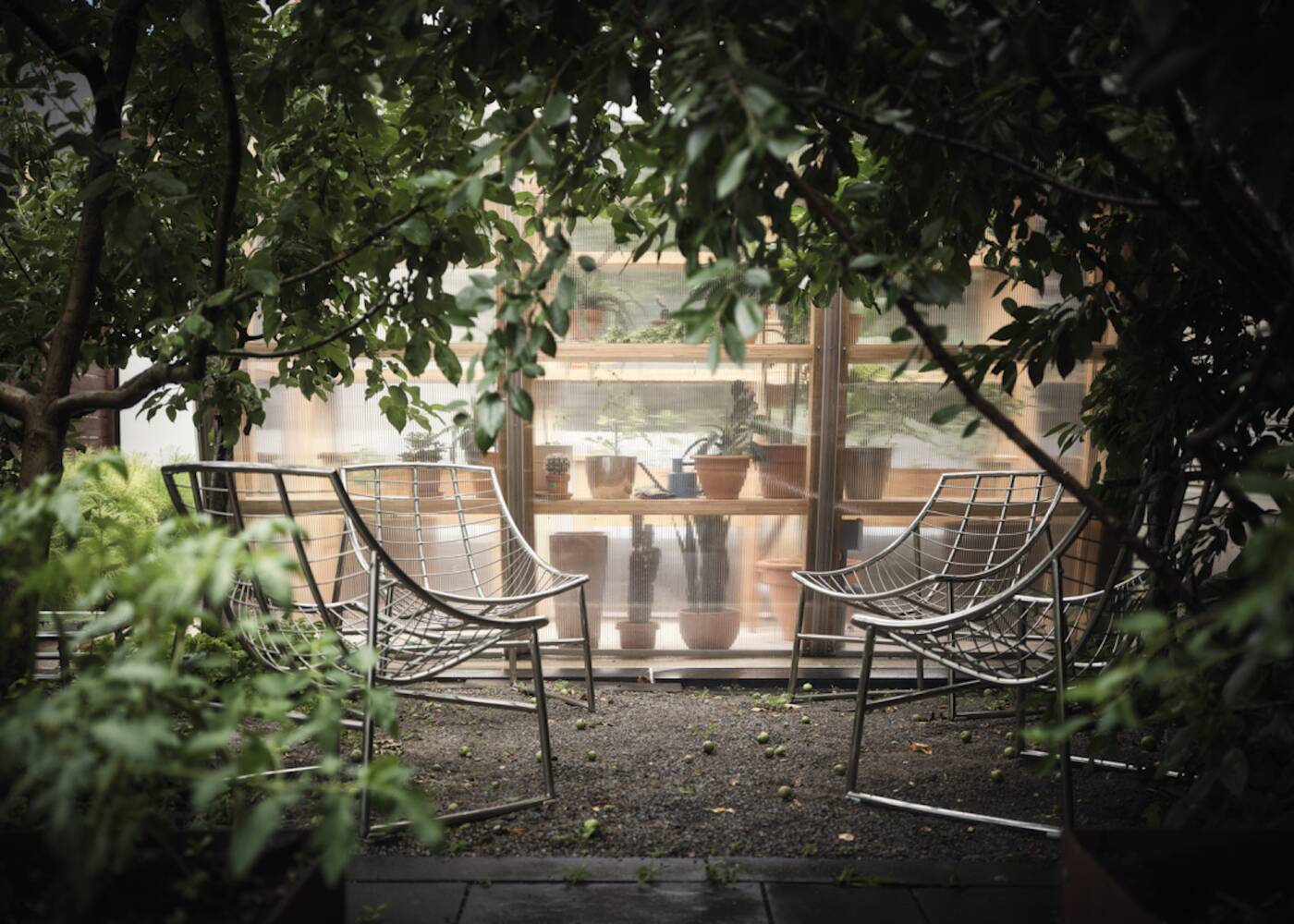 He's well aware of the backlash he might receive for this hefty bill but is committed to making it more accessible, after all, this was only the firm's first attempt.

Compared to other greenhouses that can be bought on Etsy or Wayfair, Forrest says STACKLAB's uses more efficient materials and would likely stand longer (and it's made right here in Toronto).

"Ultimately it will be an upper-mid to upper market product," he said.

And it's not just for personal use either, STACKLAB greenhouses also have the potential for a greater community use, if the city commissions the team to build a structure in one of their parks for example.

"It's not intended to be elitist, we have to dare to try and the idea costs but the goal ultimately is to make things somewhat democratic," he said.