Commuters on the TTC's 37 Islington route probably see all sorts of curious things on their bus ride, but the stretch just north of Islington subway station is home to what just may be the strangest fountain in Toronto.

Yes, the dog fountain at Berczy Park is a quirky contribution to the cityscape, and the statue of four squirrels worshipping a giant acorn is nothing short of hilarious, but they exist in the context of parks with dogs and squirrels. 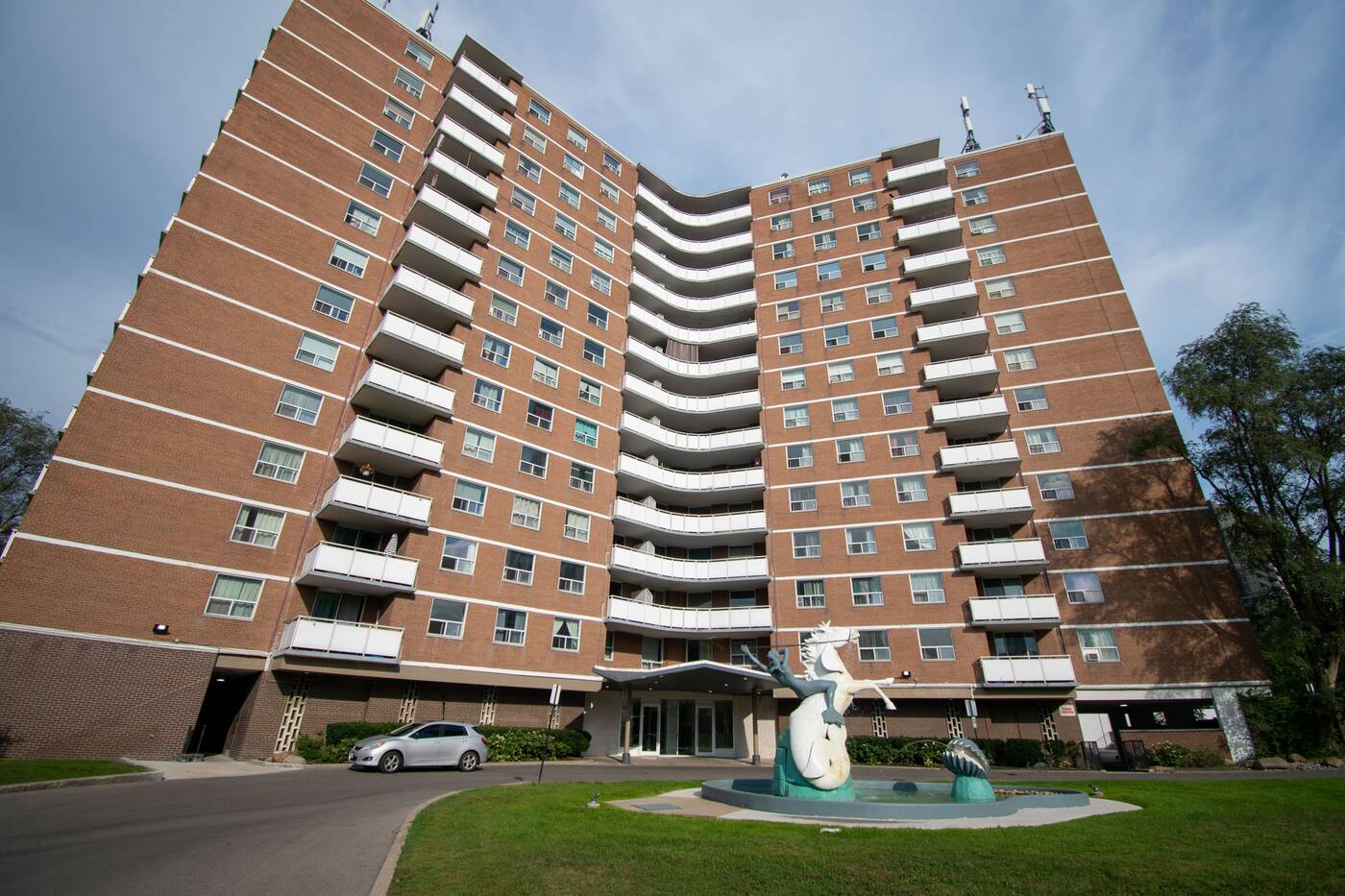 A sea-themed sculpture in front of an Etobicoke apartment tower is perhaps the most bizarre and out-of-place fountain in the city, greeting residents to a building over 700 kilometres from the nearest ocean. Because who cares about context.

Located in the forecourt of a 14-storey apartment building at 90 Cordova Avenue, the fountain features what can only be described as a merperson and merhorse rearing up on its hind…flippers… at the sight of a giant clam spouting a stream of water. 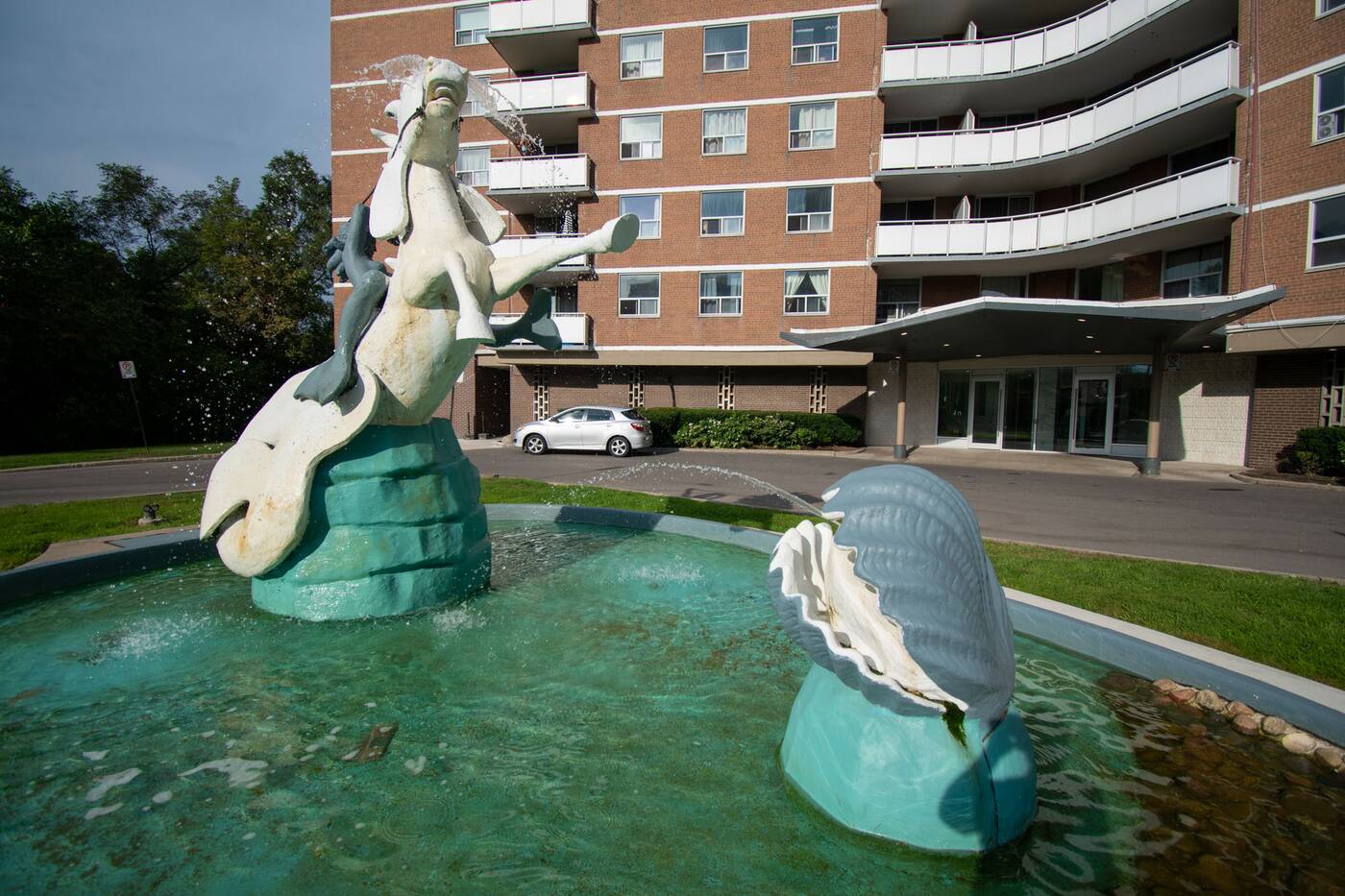 Information on the whimsical sculpture's background is scant, though a few details on its history appear in John Warkentin's 2010 book, Creating Memory: A Guide to Outdoor Public Sculpture in Toronto.

Designed and constructed by sculptor Alfio Bartlotti in 1965, the sculpture — known as Bucking Steed/Whale — stands approximately four metres high above a reflecting pool with a design that looks somewhere between Streamline Moderne and a mini golf course. 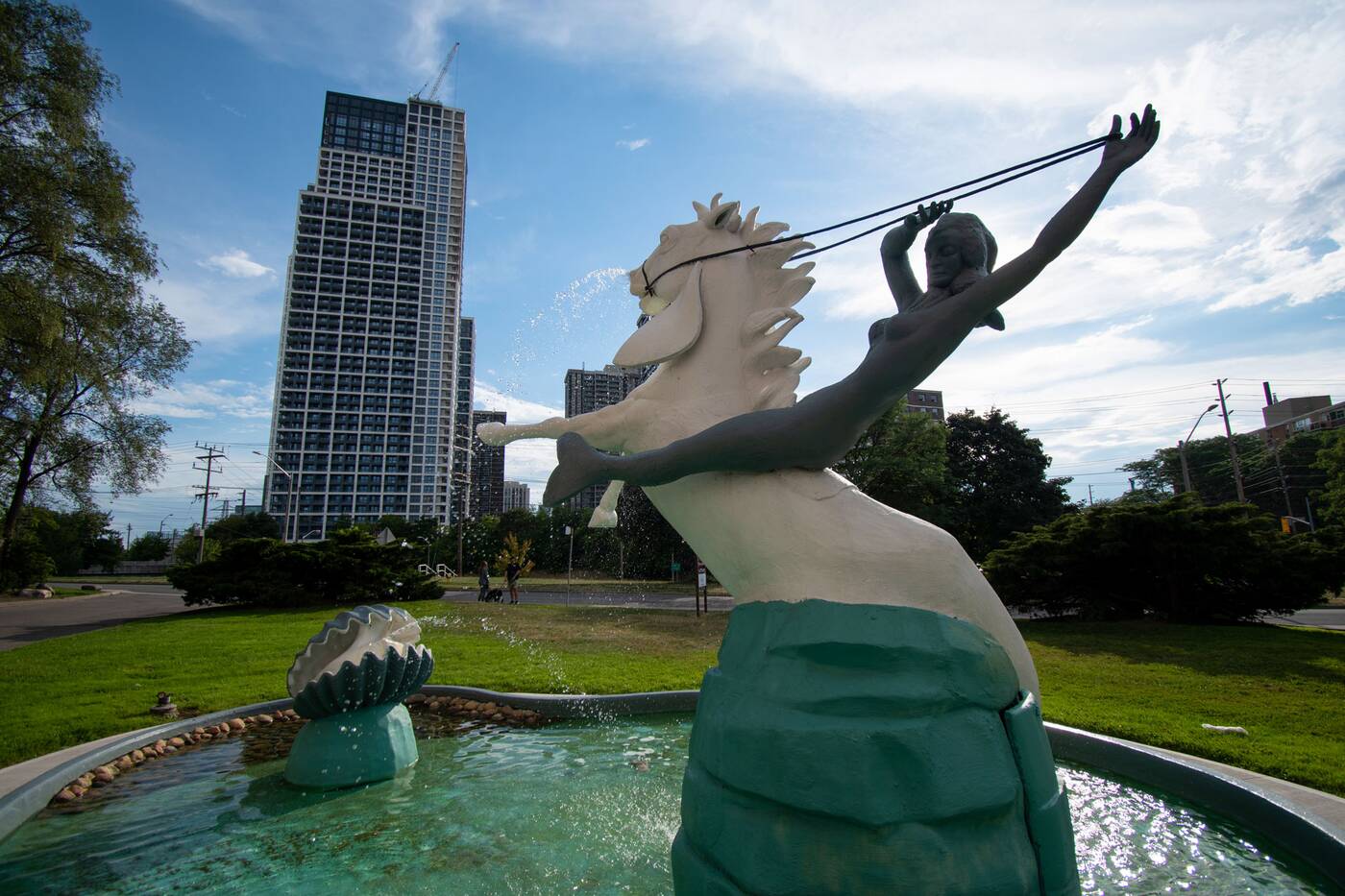 It was built in Toronto's rental apartment heyday, when developers sought to set their properties apart through stylish lobbies and water features versus the over-the-top condo amenities that serve a similar purpose in today's market.

Many of these fountains have dried up after decades of rising maintenance costs, but Bucking Steed/Whale has stood the test of time, despite not even having any legs to stand on.

Toronto, we need to talk about this fountain. pic.twitter.com/WemQPmxVE9

In an odd bit of Toronto trivia fodder, Warkentin's book notes that the relatively contemporary installation is somehow a contender for Toronto's first equestrian statue, apparently managing to predate any other horse-related statues in a city that literally has a building called the Horse Palace. 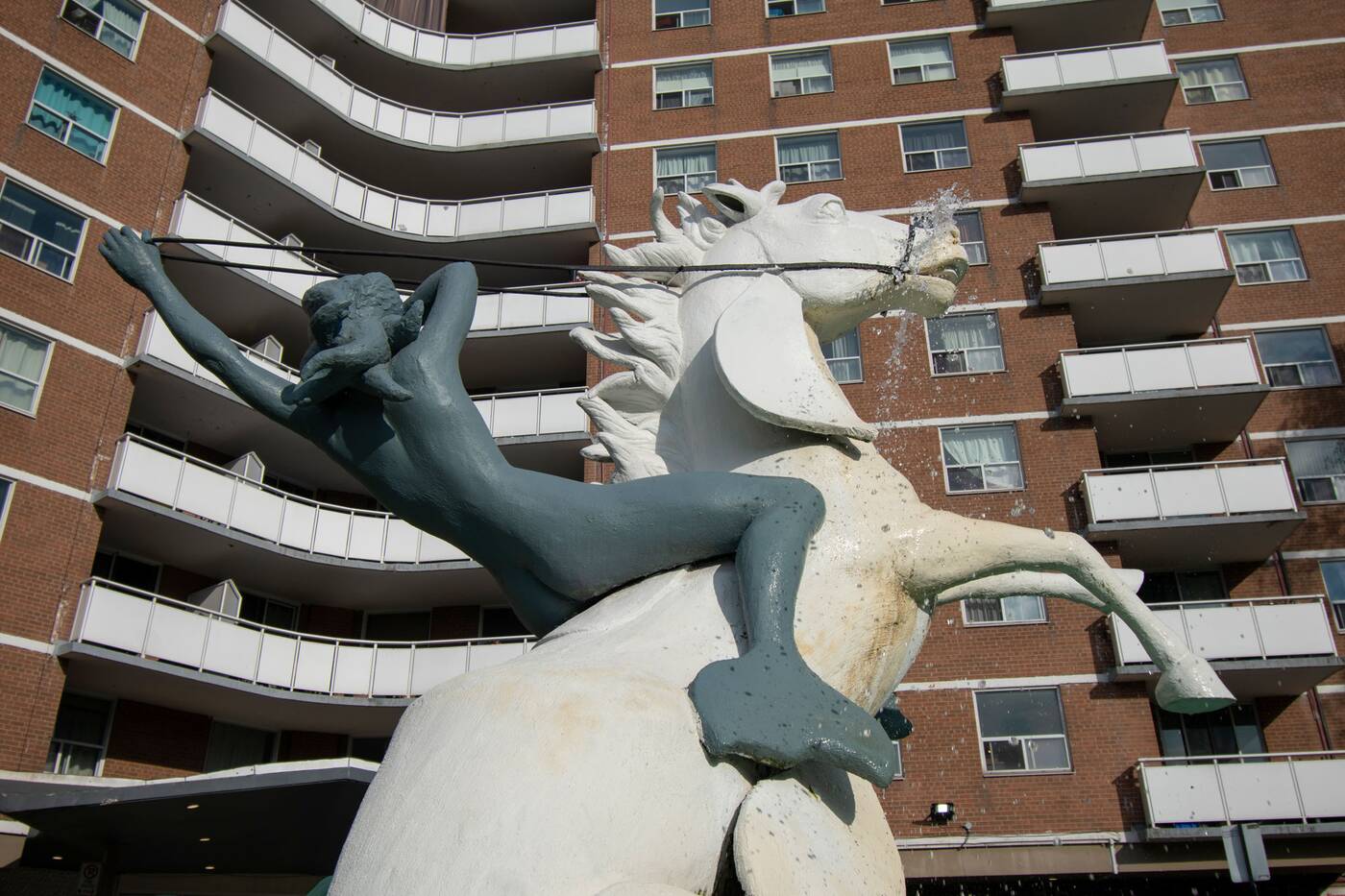 Even the King Edward VII monument at Queen's Park, which certainly looks much older than this marine-themed curiosity, was installed near the provincial legislature four years after the 90 Cordova sculpture appeared.