One of the most-ambitious waterfront redevelopment projects in the world just got even more exciting today with the announcement of a new $25 million outdoor public art trail on Toronto's forthcoming Villiers Island.

Those familiar with what's been going on in the Port Lands over the past half-decade or so will be thrilled to see brand new renderings, released this morning, of the highly-anticipated new urban island — a first-of-its-kind mixed-use community, purpose-built with nature in mind.

Villiers is currently being created as part of the $1.25 billion Port Lands Flood Protection project (aka the Don Mouth Naturalization project.) 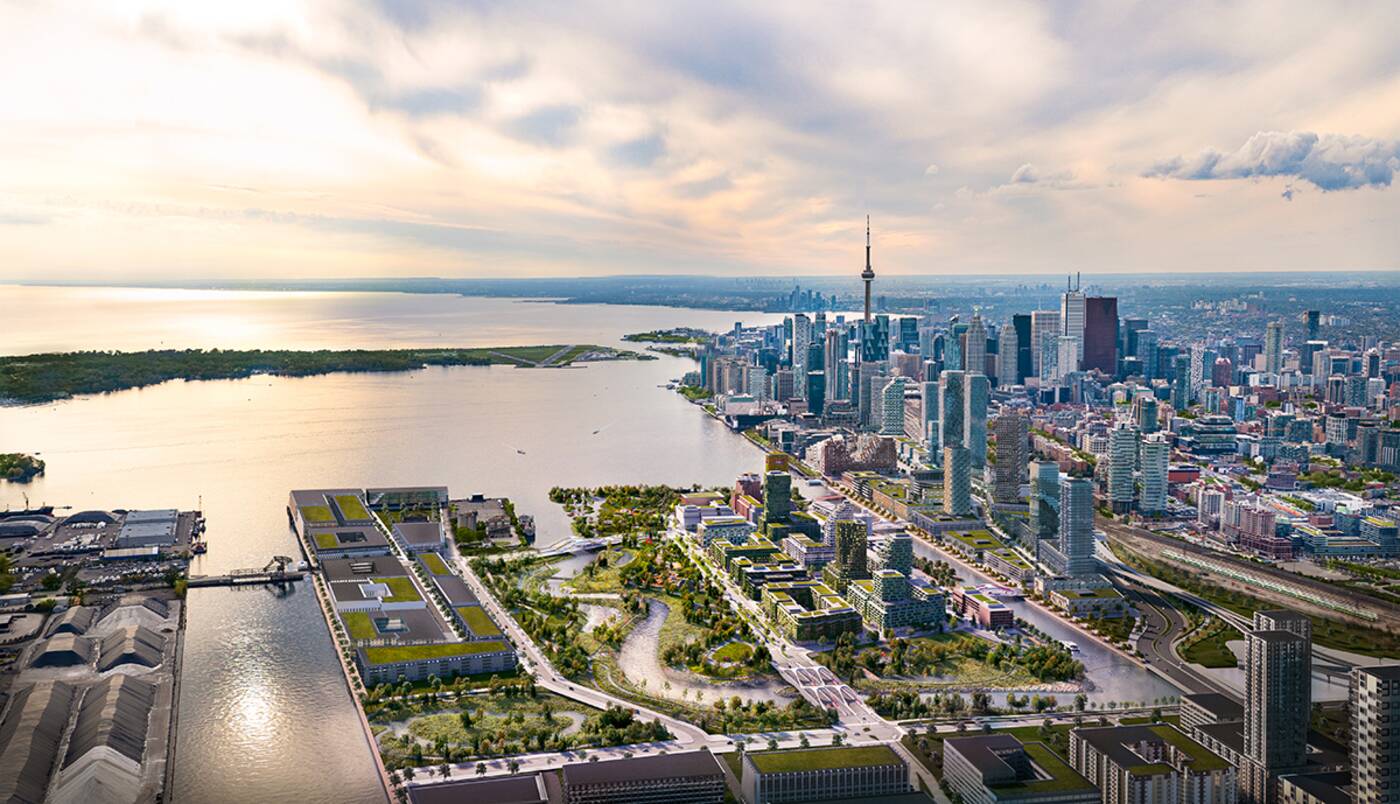 You can see a bigger version of the new art trail's rendering and zoom in on individual details by clicking here. Image via Norm Li AG+I/Waterfront Toronto.

Once crews are finished digging out some 1,000 metres of new river channel for the mighty Don to flow through, Villiers will stand alone in the middle as a new, 88-acre urban island for Toronto.

This island is expected to house thousands of people, in addition to offices, retail space, various recreational amenities and an abundance of public parkland.

It's a huge deal, to say the least, and it just got even huger thanks to a generous gift from the Pierre Lassonde Family Foundation. 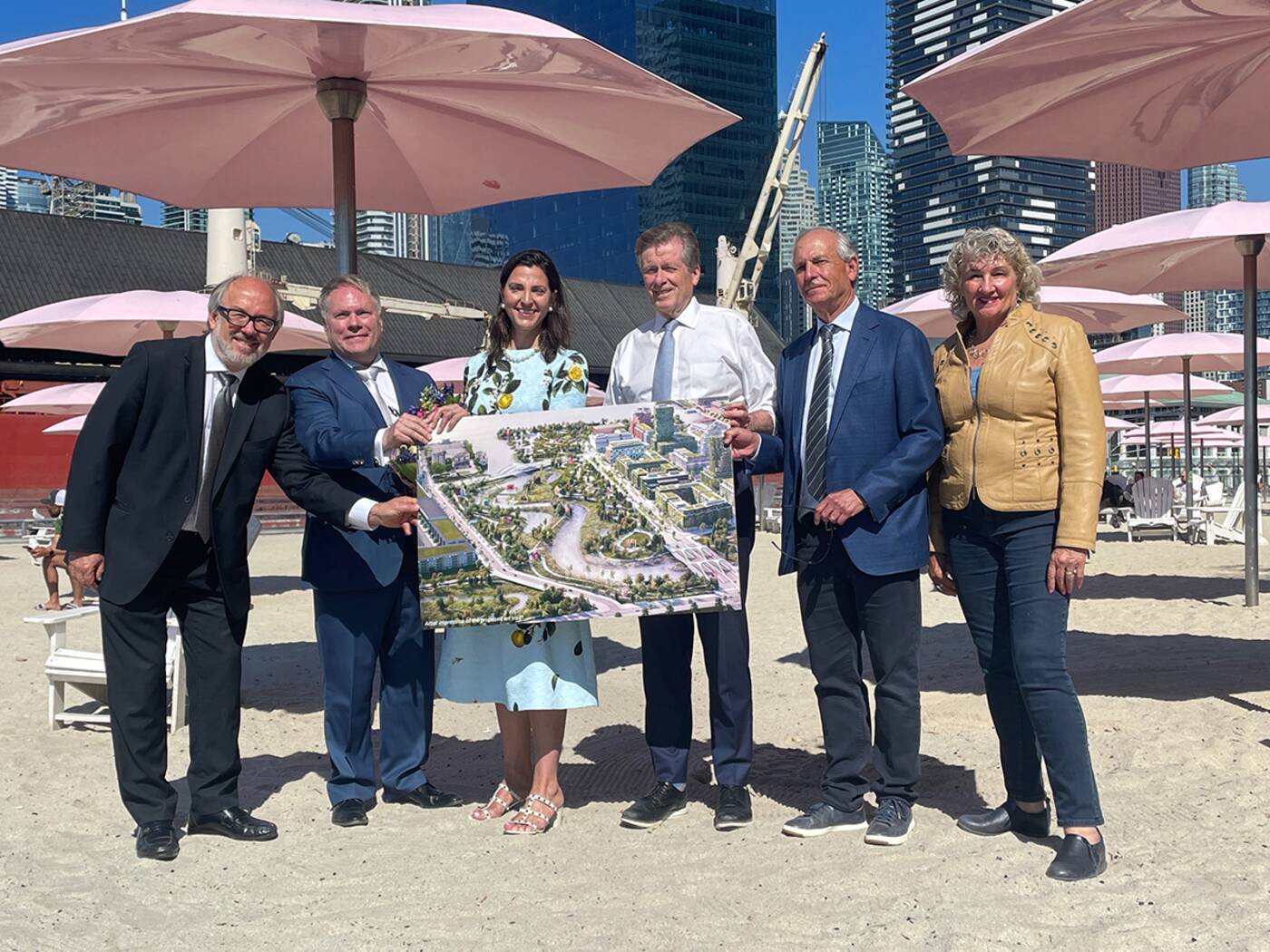 "The Lassonde Art Trail will be a free, open-air route operated and curated by a new foundation with funds from this gift; the gift will also finance the acquisition of two permanent pieces anchoring the trail. A rotating cycle of contemporary installations from local, national and international artists will also be featured."

Mayor John Tory was on hand to announce the new art trail in person on Tuesday morning alongside Waterfront Toronto Chair Stephen Diamond and members of the Lassonde family. 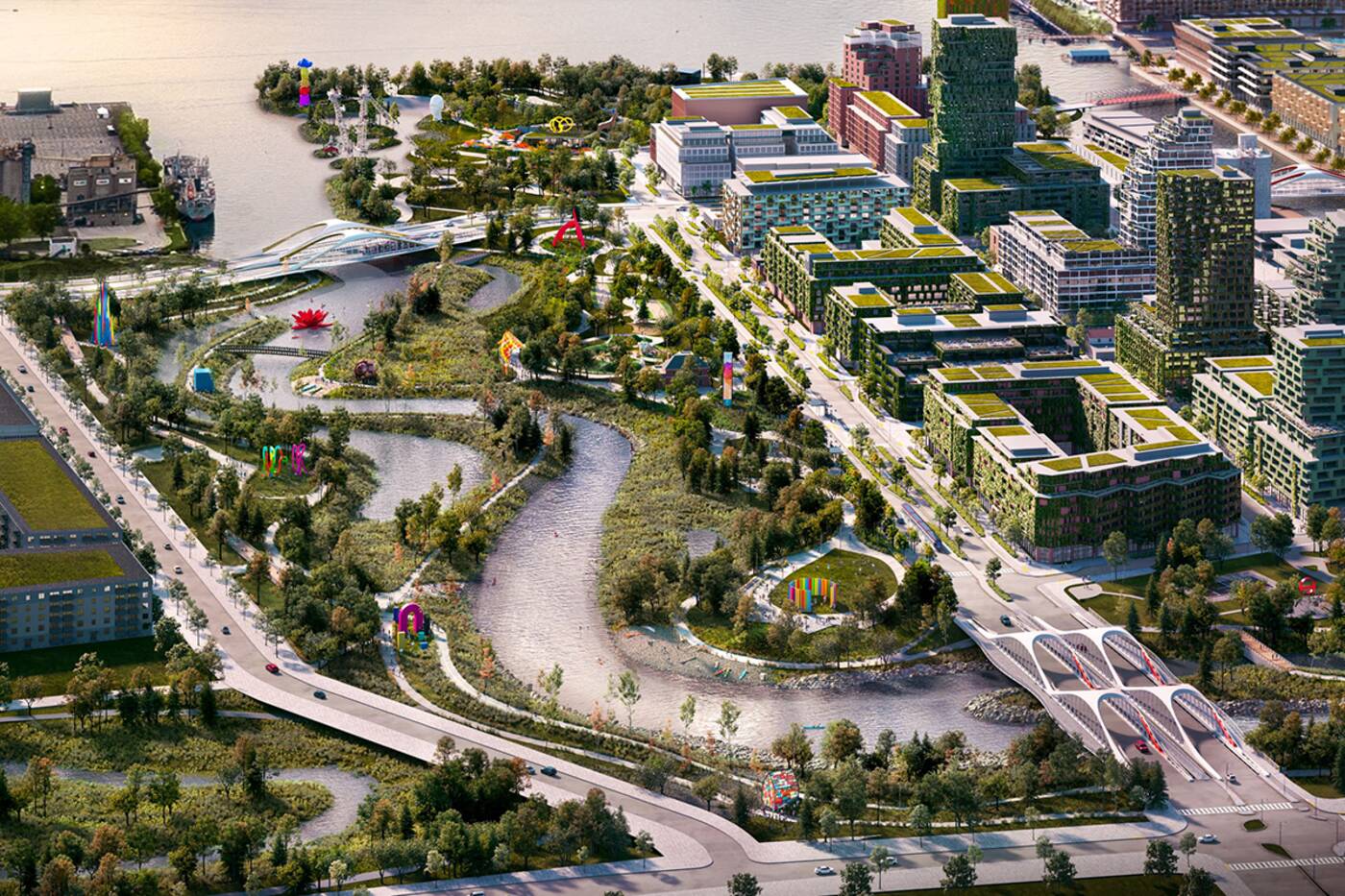 You can see a bigger version of the image and zoom in on individual details by clicking here. Image via Norm Li AG+I/Waterfront Toronto.

"I want to thank the Lassonde family for this generous donation to our city's waterfront and for providing funding that will help us continue our vision for an accessible, beautiful and unique waterfront," said The Mayor.

"A new waterfront public art trail will not only attract residents and visitors to Toronto's waterfront but provide an opportunity for people to experience art and much more for free."

Of the $25 million donation, $10 million has been earmarked to commission two high-profile permanent artworks. Another $15 million is meant to establish a new non-profit organization that will manage the art trail and raise additional funds to sustain itself long term.

The trail will wrap around the southwestern perimeter of Villiers Island once it's complete in 2024. Image via Waterfront Toronto.

Waterfront Toronto did note in its release that City Council still needs to vote on whether or not to accept the $25 million gift, though Tory's involvement and the enthusiasm of other councillors makes it feel like a sure thing.

"The future Lassonde Art Trail will be an invaluable part of the vast network of new parks and public spaces we are creating in the Port Lands, to be enjoyed by millions of visitors and residents to our city," said Councillor Paula Fletcher of the project.

Once the trail is officially approved, organizers will move forward with appointing an executive director for the new foundation to begin identifying potential artworks to feature.

It'll be a while yet before we can walk along the trail — Villiers won't be open until at least 2024, by current estimates — but it'll be a lovely resource for the city when complete.

More than 290 hectares of land (more than one-third of Toronto's entire waterfront) will be unlocked for the public to use through the wider Waterfront Toronto revitalization project, boosting Canada's economy by an estimated $5.1 billion.