A Toronto subway station's name will change next year

The excruciating Eglinton Crosstown LRT saga — or at least the long-overdue first phase of the line — is finally expected to close in 2023. It's a considerable upgrade for Toronto's rapid transit system, but with Line 5 serving stops all along Eglinton, there's one station name that will no longer make any sense.

Well, actually, don't. It's not going anywhere, but the name sure is, set to change to the more neighbourhood-specific Cedarvale station when its connecting station of the same name opens for commuter service in 2023.

The TTC opted for Cedarvale as the new name of Eglinton West station, the transit agency's board approving the name along with other Crosstown stations in late 2015. 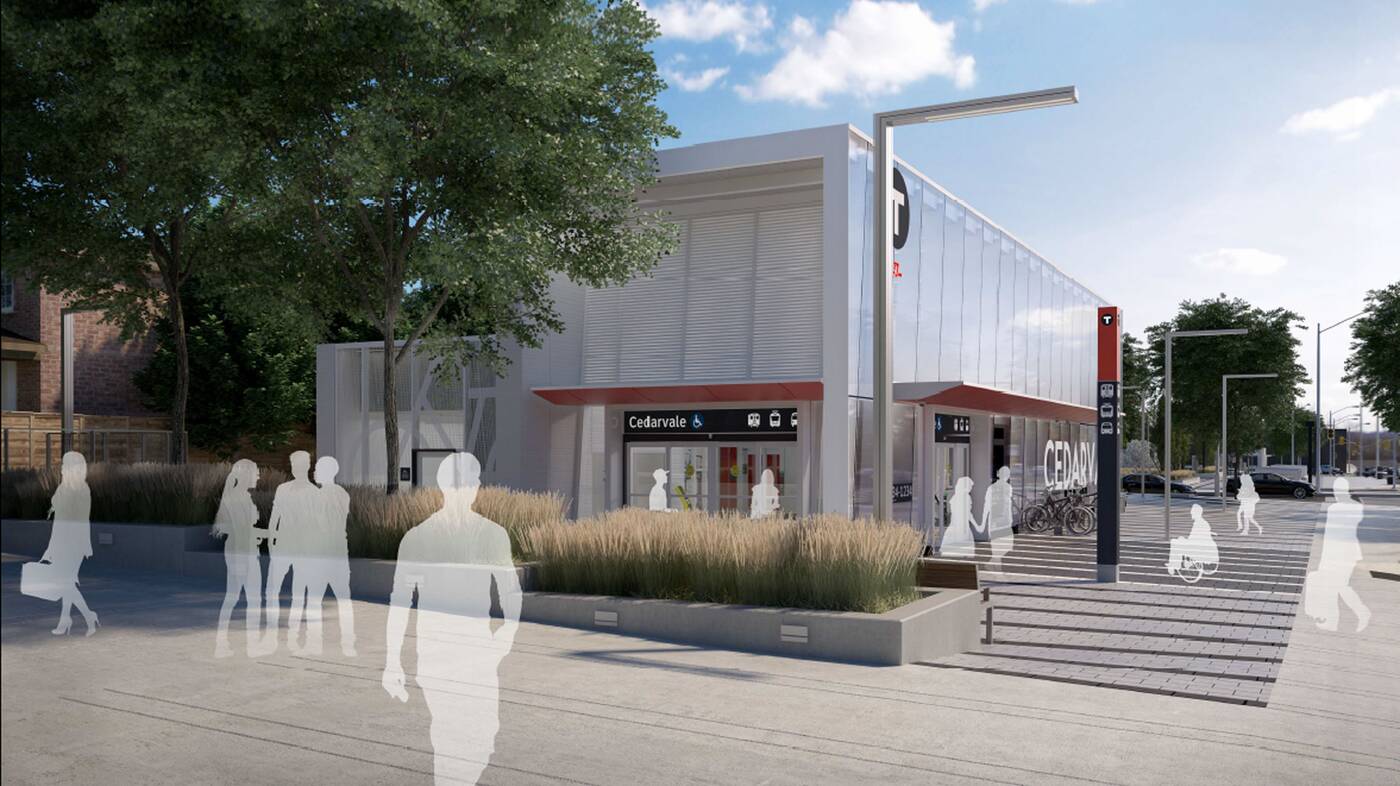 Eglinton West station will be known as Cedarvale once the Eglinton Crosstown LRT enters service as Line 5 in 2023. Rendering by Metrolinx.

This set a ticking clock in motion that will result in the end of Eglinton West station as it has been known since opening in 1978, and that clock is rapidly approaching the proverbial midnight.

After 44 years of that name, the station's entrance, platform, and other wayfinding signage will be replaced with ones bearing the new name.

It all sounds like a massive headache, but it's something the TTC has done before.

Making that move all the more confusing, a new station was built nearby named Downsview Park, which is also located along Sheppard Avenue West, and is in fact further west along the thoroughfare than Sheppard West station.

Which begs the question, why didn't they just use the Sheppard West name for Downsview Park and leave the former Downsview as is?

Luckily, this change will be nowhere near as confusing, and actually makes a lot of sense when you look at a transit map.

The first phase of the line (a second phase has already begun construction) has another five stops that are all further west along Eglinton Avenue West, so having an Eglinton West station that isn't anywhere close to the western terminus would have been needlessly confusing for riders unfamiliar with the city.

Metrolinx was in charge of station names for the majority of the line, but the TTC had naming jurisdiction over Kennedy, Eglinton, and Eglinton West, which have been constructed as intermodal stops connecting with existing subway routes.

To help determine the new name for Eglinton West, councillor and then-TTC board member Joe Mihevc requested feedback from his constituents, who were split between Cedarvale and Allen Rd., the former beating out the latter by just one supporter.

I'm not the gambling type, but I'd be willing to wager that preserving the name and dubbing other stops on the Crosstown as 'Eglinton Wester' and 'Eglinton Westest' were probably not considered by the TTC board that fateful November back in 2015.