Toronto cannabis stores are consolidating as industry shakeout sets in

Ever since Canada's legalization, cannabis stores have been popping up in Toronto to an extensive, almost immeasurable degree.

Though it's been great to see a once hidden, illegal market now thrive in the city, many stores have been struggling to stay alive in an extremely competitive environment.

Since 2021, Toronto has doubled its number of cannabis stores, with roughly 300 stores in operation by the start of 2022.

The market has gotten so saturated that independently-owned weed shops are now actively trying to be acquired by major chains.

Cannoe, a successful cannabis store that has had multiple locations in the city, recently closed one of its stores in a central Toronto location after another cannabis retailer, Superette, bought its half-dozen stores for $5 million.

The store was only open for about a month before it suddenly closed down.

Superette had also acquired Dimes Cannabis around the same time it bought out Cannoe. All Dimes locations have recently closed down too, signaling a continued shift towards a highly consolidated market due to such prominent saturation.

Superette stands out among other competitors in the city for its design and brand aesthetic - it's often positioned alongside some of the most iconic fashion retail names in the world for its design strategy.

It has a huge customer base, constantly rising above a rapidly growing and challenging market. 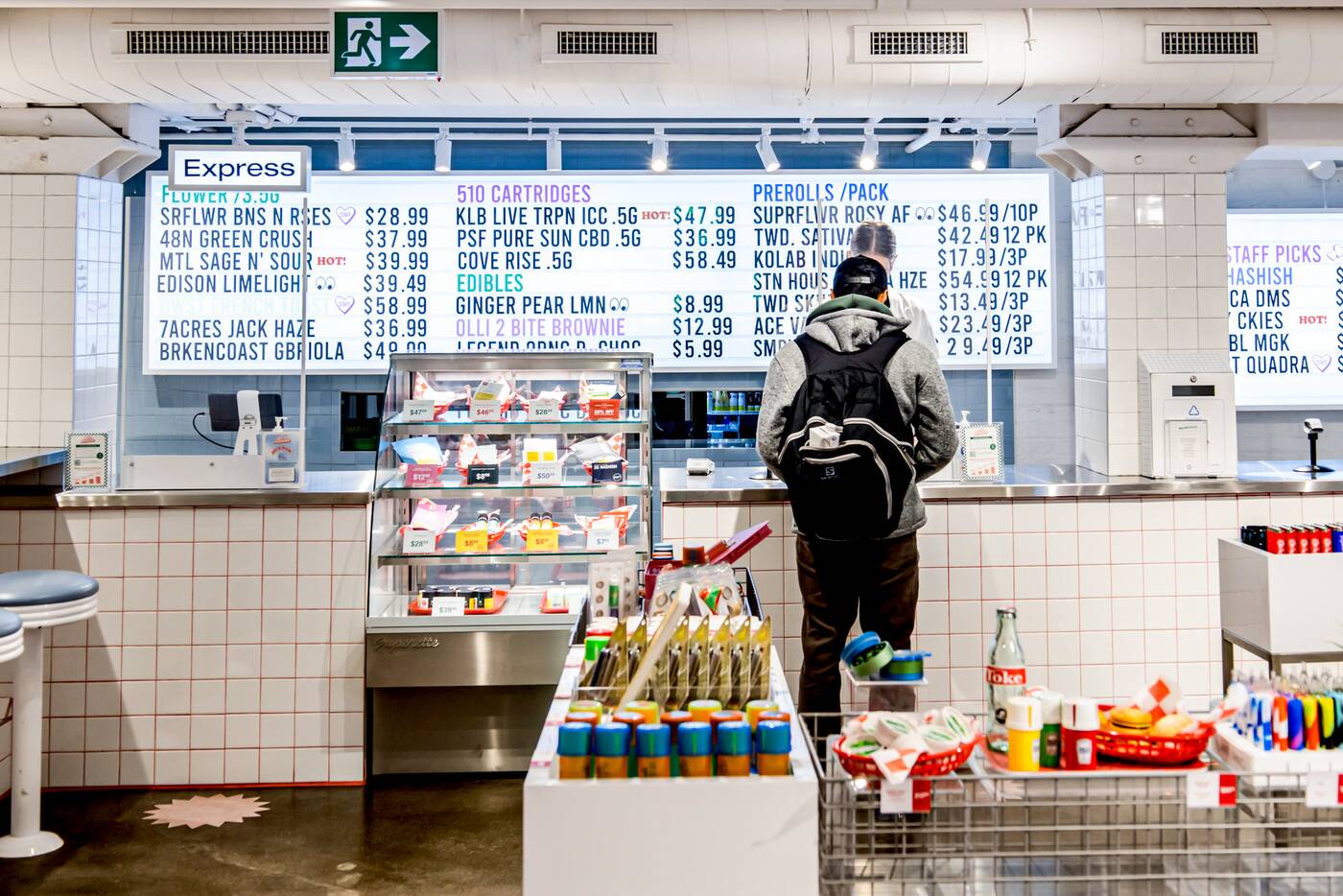 "We have been reviewing our entire portfolio and at this time we are exclusively focused on the Superette brand," said Superette co-founder Drummond Munro in a response to the recent store closures.

The closure and consolidation of cannabis stores is likely to be a trend that continues in Toronto for some time to come.

It wasn't too long ago that cannabis stores were popping up in every neighbourhood, seemingly taking over every vacant retail space after restaurants and other stores closed during the two years of lockdowns.

Those days are now over.

Dutch Love has been among the prominent cannabis stores that hasn't fared well in the last few months.

The brand expanded rapidly only to suddenly shutter its Toronto locations a few months ago.

Owner the Donnelly Group told blogTO at the time that they no longer saw the Toronto market as viable due to the intense saturation of cannabis stores.