You can't go a minute in this city without someone grumbling about LRT construction. But as Toronto commuters and motorists complain about the long-delayed Line 5 Eglinton Crosstown, there's another LRT being built in the city, and this Line 6 route feels like it's happening a whole lot faster than its sibling line to the south.

The future Line 6 Finch West LRT has only been under construction since mid-2019, but it is racing toward a projected 2023 opening, most recently commencing vehicle testing on a completed section of track.

A fleet of Alstom Citadis Spirit Light Rail Vehicles (LRVs) will ply the $2.5 billion line's 18 stops and 11 kilometres of track, travelling along Finch Avenue West from Keele Street to Highway 27 before turning south to serve the Humber College north campus.

The vehicles' preliminary tests were conducted earlier this year, but the line took an even greater leap towards completion this month when dynamic testing began on a 1.8-kilometre stretch of track between Pelican Gate and Sentinel Road.

You can catch regular train testing along the Finch West LRT weekdays from 9 a.m. to 5 p.m. - 📹 @Metrolinx #Toronto pic.twitter.com/wCXMmQLE8T

During this phase of testing, which kicked off on May 20, LRVs are tested with 600 kilometres of laps along this "burn-in" route to assess vehicle movement, communications, doors, overhead electrical power, acceleration, and braking among other performance characteristics.

The first test in this phase involved an LRV departing from the maintenance and storage facility near Jane and Finch, then moving west to Sentinel Road before reversing course back to home base.

Escorted by work crews, the lead LRV looked a bit different during this initial test than it will when it enters revenue service next year, covered in styrofoam blocks secured with green tape. These are used to make sure all of the necessary clearances are in place for overhead power, signage, and other potential hazards. 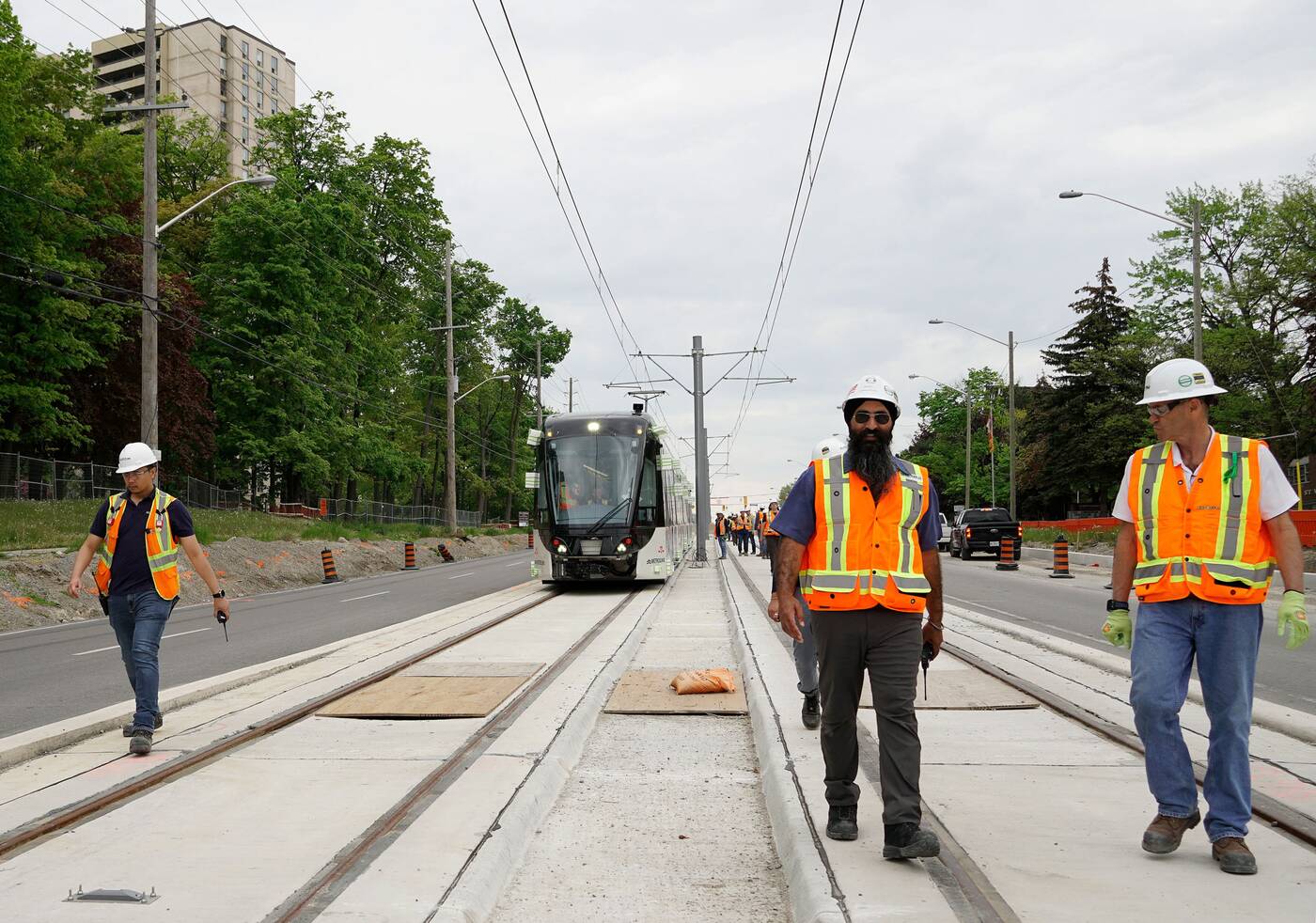 Anyone out along this stretch may have noticed the LRVs cruising along as if they were operating, complete with doors opening at stops. Though this is all just part of the burn-in process, trains only reaching speeds of 40 km/h during tests, which will later be increased to 60 km/h.

Testing is planned to continue into 2023, and you can catch the LRVs on their test trips on weekdays between 9 a.m. and 5 p.m.