Toronto and Niagara Falls are close enough that their skylines are visible to each other on clear days, and both of those skylines are changing fast.

It may not be the biggest city in Ontario, ranking eighth among the province's largest urban centres, but Niagara Falls has one of the province's most recognizable skylines.

Several major developments are in the works for the city by the falls, promising to shake up a cityscape long dominated by hotel-casino complexes and the iconic Skylon Tower.

It's a future being visualized by environment engineer Eric MacMillan, utilizing his design skills and passion for city building to create mockups of several future cities as part of his Pan-Canadian Future Skylines project. 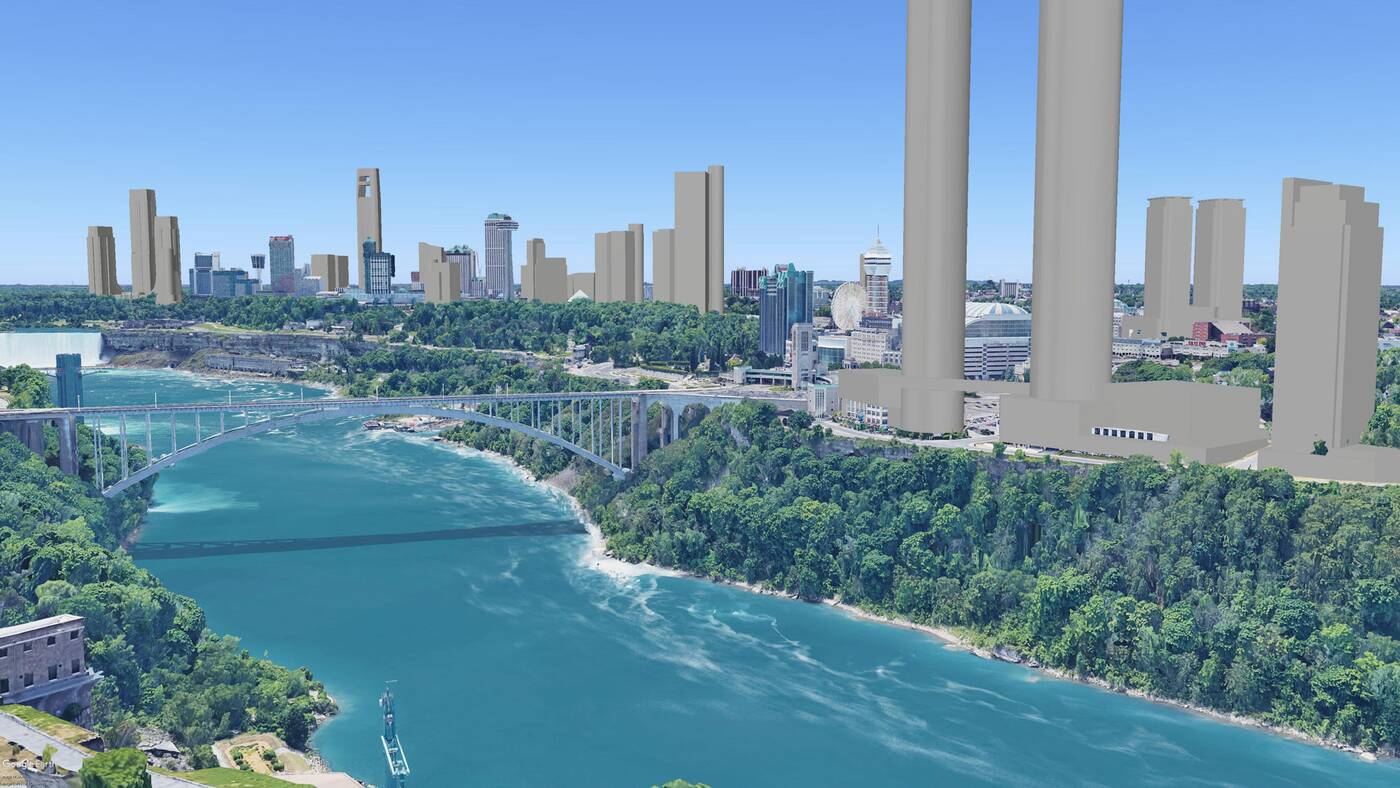 View from the U.S. side of the Lower Niagara River looking towards the Rainbow Bridge and Niagara Falls, ON skyline. Rendering by Eric MacMillan.

The towers may be represented with greyed-out models, but it's a wild look into the possible future cityscape of the global tourist destination and popular day-trip getaway right in Toronto's backyard.

MacMillan creates his model cityscapes using a combination of SketchUp and Google Earth, saying that the models are created from scratch using "information like architectural elevations, floor plans, and renderings to make the models as accurate as possible to the proposed heights and dimensions." 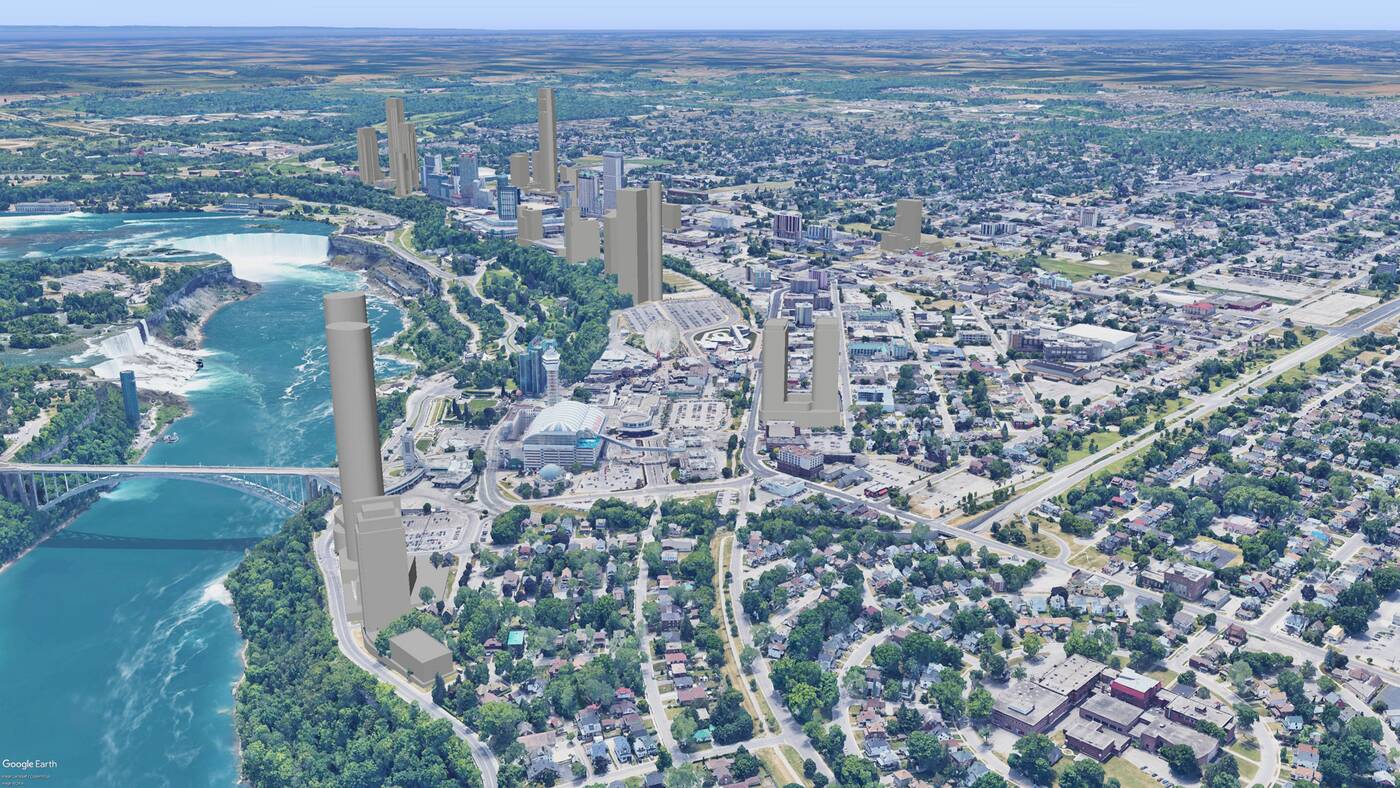 The sites of the towers are then individually geolocated using SketchUp, and the models are then dropped into Google Earth to appear in the exact positions they are proposed to rise, forming a reasonably accurate approximation of how these cities of the future could look. 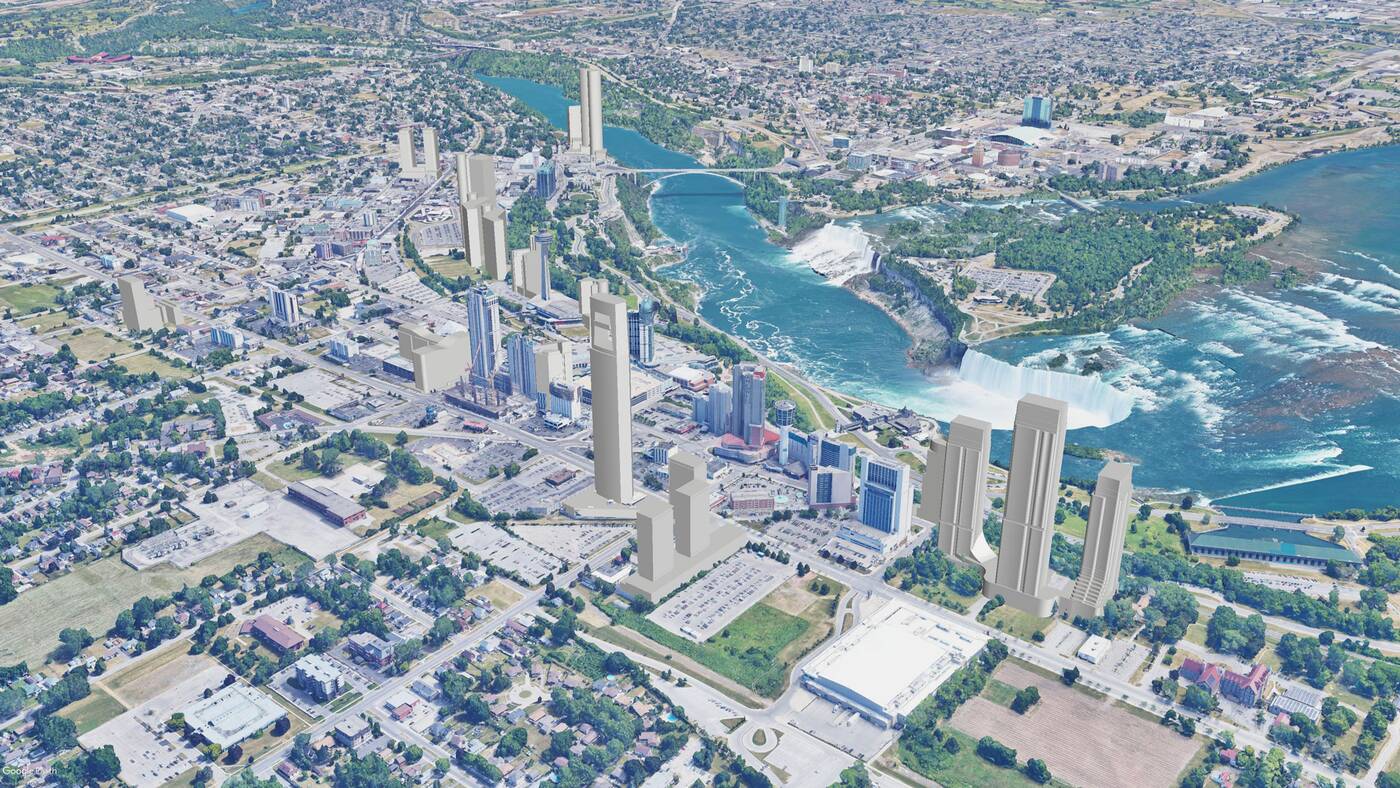 New developments could reshape the skyline from the edge of the falls to the Rainbow Bridge. Rendering by Eric MacMillan.

MacMillan tells blogTO that "it is important to note that Niagara Falls has traditionally been a very volatile market for development that revolves heavily around cycles and trends in tourism, so my rendering ultimately paints a very optimistic picture for the future that includes towers that may never be built."

He explains this optimism further, saying that the rendering "includes many older, stale developments that never panned out, such as two hotels flanking the Skylon Tower that were proposed in the early 2000s."

But even in the face of the recent tourism declines witnessed during the pandemic, MacMillan notes that "many older proposals, such as the Loretto and 6609 Stanley developments, have recently been revived over the past few years, so it shows that there are renewed signs of optimism in the market for both residential and hotel development." 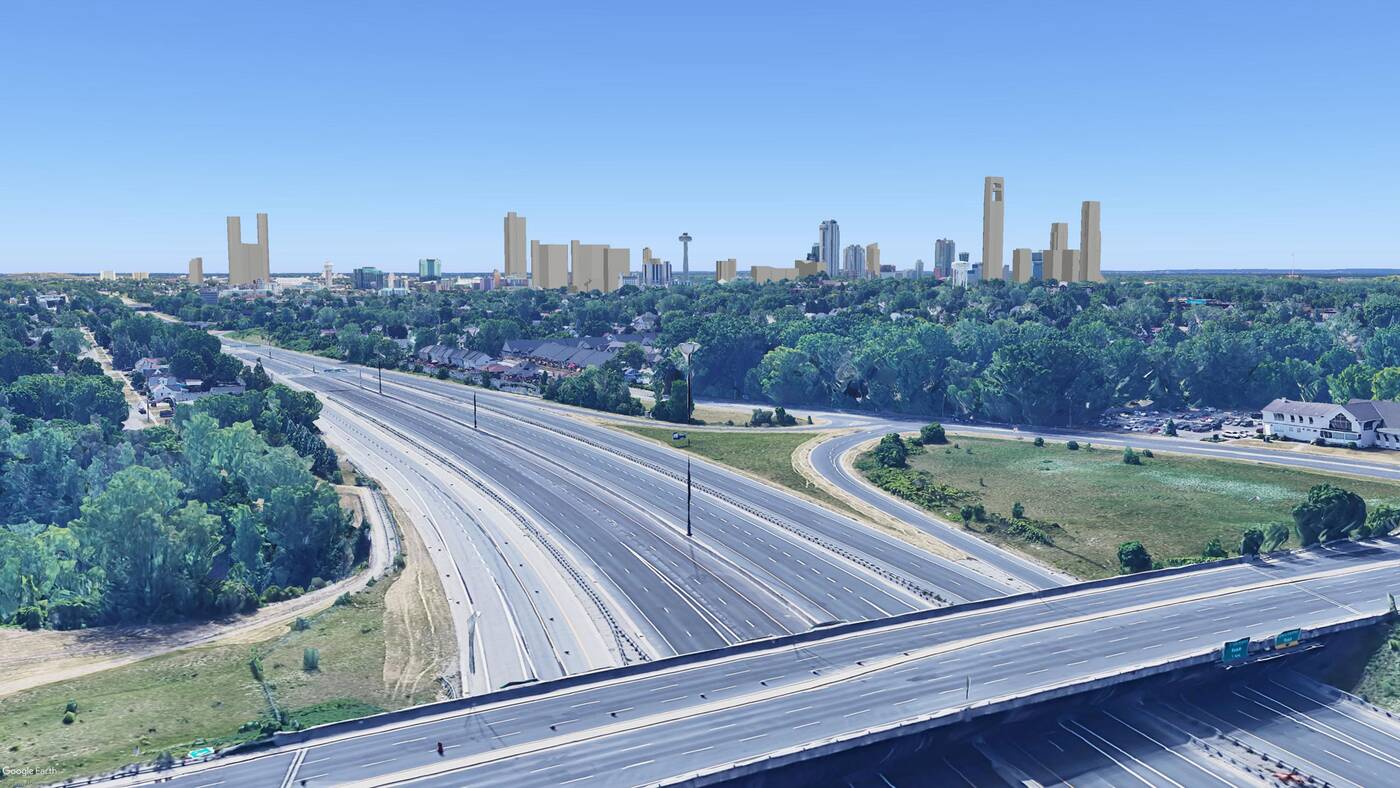 The development trend is one he hopes will continue as increased GO Transit service makes the city more accessible to the surrounding regions, saying "there's a lot to be excited about."