Known for its namesake natural wonder and kitschy tourist draws, Niagara Falls could soon be getting a shimmering new addition to its skyline, complete with a breathtaking attraction offering a new way to view the falls.

For over a decade, an approved plan to build condo and hotel towers with heights of 32, 42 storeys, and 57 storeys around the current Loretto Academy on Stanley Avenue building has idled due to an apparent lack of demand.

Niagara Falls saw a boom in hotel construction in the years before and immediately after 9/11, but aside from the Hilton Niagara Falls North tower, the city's skyline has stagnated while Toronto's skyline booms with new construction just 65 kilometres to the north. 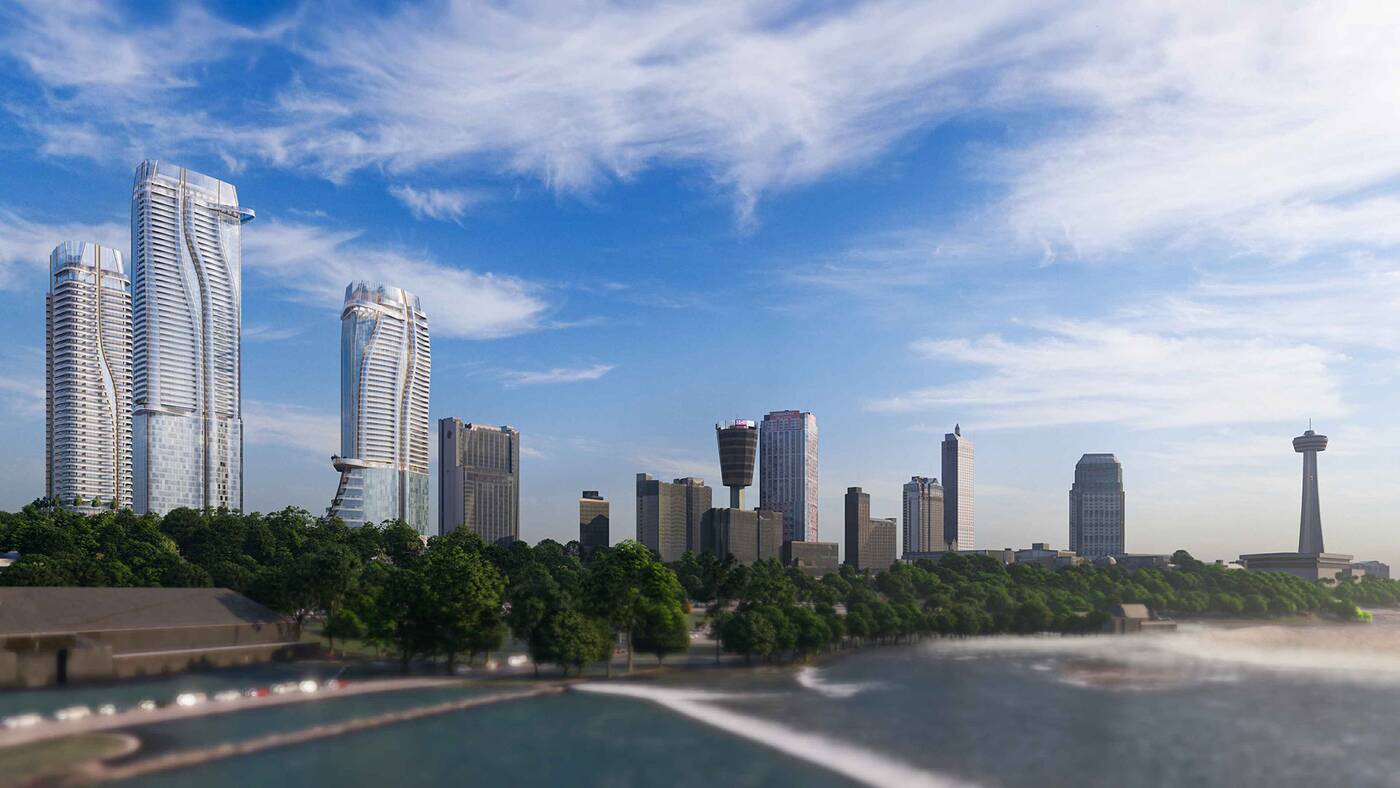 The developer immediately began to forge an even more ambitious plan for the site known as The Great Falls, injecting $1 billion in investment into the hotel strip.

A design from Toronto-based Hariri Pontarini Architects was revealed in 2020, showing off a flowing, futuristic complex with luxury condo and hotel towers rising 38, 45, and 60 storeys. The plan continues to evolve with an updated application tabled this summer.

The Great Falls towers would combine for a total of 508 hotel rooms and 1,027 residential units, along with a significant infusion of retail and restaurant space within a restoration of the former Loretto Academy building and a new four-storey podium.

Restored Loretto Academy would form part of the complex's retail and restaurant base. Rendering by Hariri Pontarini Architects via City of Niagara Falls Planning department.

Among the highlights of the plan is a collection of proposed observation decks that would offer some heart-pounding views over Niagara Falls from all three towers. Plans include observation decks at heights of 17, 20, 45, and 59 levels above the falls. 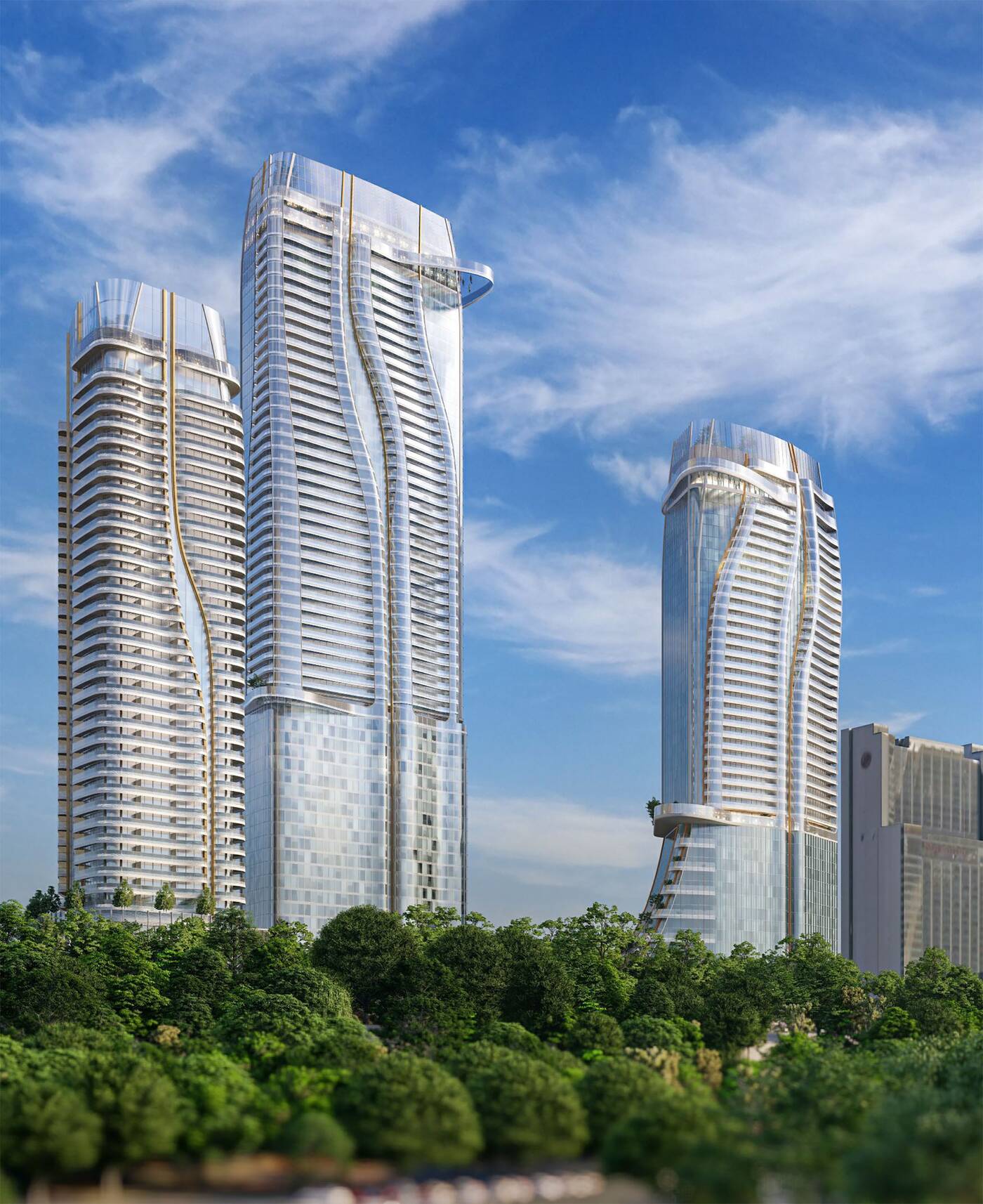 And these aren't the low-octane, enclosed observation decks of the past. Nope, these fully outdoor decks are planned to project precariously off the edges of towers. 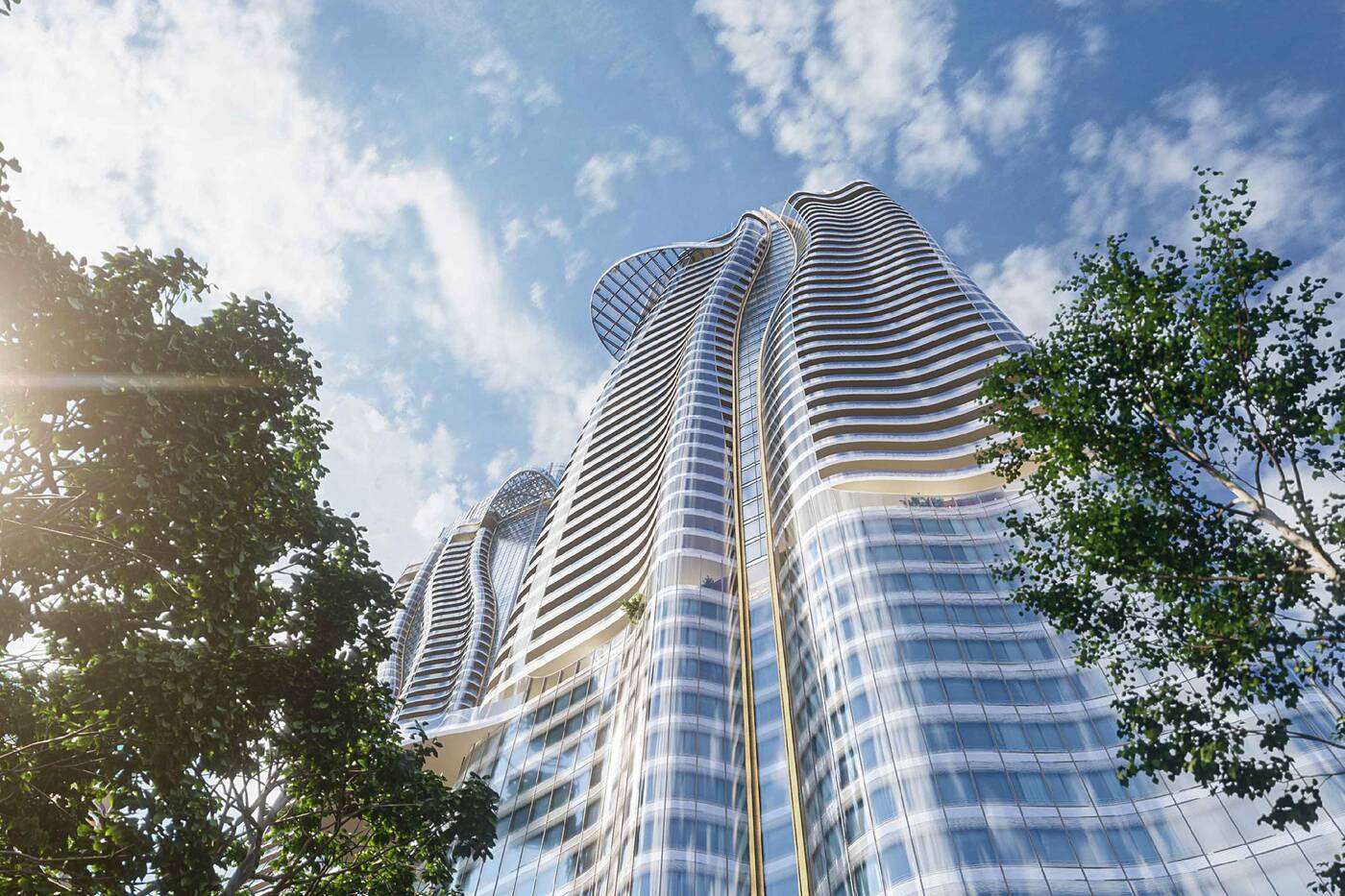 If that wasn't enough, at least a few of the decks appear to be planned with entirely glass floors.

At heights 220 and 183 metres, the 60 and 45-storey towers would overtake the 53-storey/177.1-metre north tower of the Hilton Niagara Falls to become the city's tallest buildings.

The development may never achieve this title even if approved, as a 72-storey, mixed-use building has already been given the green light just a few blocks away at 6609 Stanley Avenue.

An open house is being held on October 12, giving the public a chance to learn and ask questions about the proposal.