Getting around Toronto as a motorist can be a frustrating experience, and after navigating through the madness of city streets, you're going to need a place to park. If you dare.

Sometimes just understanding parking signs can be a challenge in and of itself, as one motorist found out on Wednesday evening on Dunn Avenue, just south of King Street West in the Parkdale neighbourhood.

Sidney Gale tells blogTO, "I saw the most incredibly bizarre 'parking' sign on Dunn Avenue in Toronto yesterday. For the life of me, I could not figure out whether I could or could not park here!"

Gale says that it's an easy candidate for "most confusing street signage in Toronto," and it's not hard to see why, with a jumble of a half-dozen signs all sharing the same post, informing motorists when and where they are permitted to park.

Toronto Police Parking Enforcement Officer Erin Urquhart admits to blogTO that it's indeed "a doozy of a bunch of coexisting signs," explaining that these multi-sign posts "are usually in school zones." 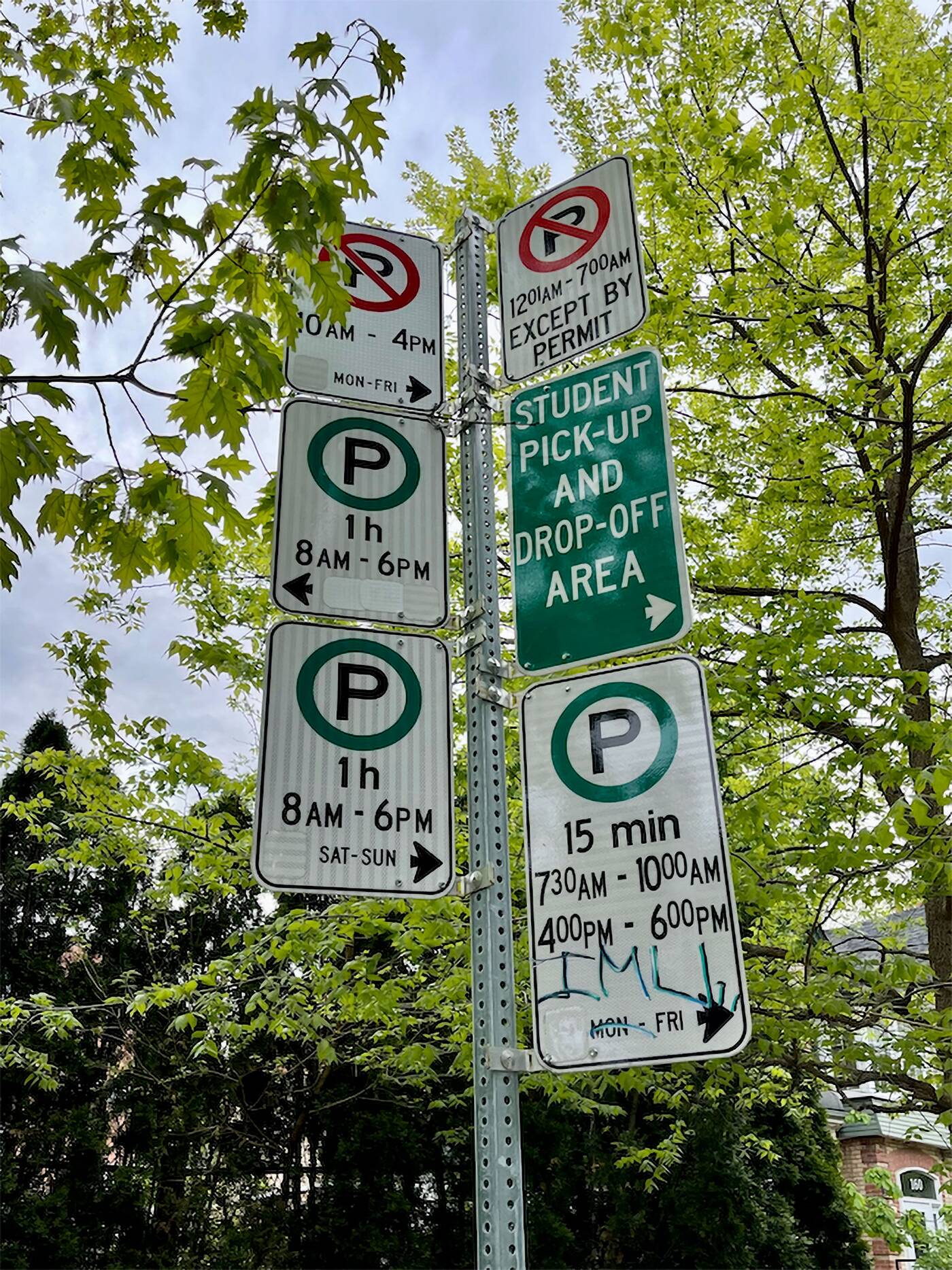 She breaks down the mess of signs, saying that "the sign on the top reading no parking from 12 a.m. to 7 a.m. is advising it is a residential permit parking area within those times for the entire street; hence no arrows pointing in a certain direction."

But that's only one side of the photo, Urquhart adding that "the top sign on the left is advising that between 10 a.m. and 4 p.m. it is a no parking zone in the respective direction arrow points on the sign… as it coincides with the student pick up and drop off times Monday through Friday."

Urquhart admits that "it's a lot to decipher," and the confusion is likely only made worse when drivers unfamiliar with such messes of signage are in a rush.