Exhibition Place draws millions of visitors to its sprawling 260-acre site every year through sporting events, conventions, and, of course, the over 1.5 million annual visitors to the Canadian National Exhibition (CNE) every summer.

Stretching for over a square kilometre, the Exhibition Place of today is much larger than the initial plot of land secured by the City in the late 1870s, and it is still being built out a century and a half later.

Originally etched out from a portion of military land near the modern replacement for Old Fort York built in the 1840s known as the Stanley Barracks, the area that would become known as Exhibition Place would expand gradually in the decades that followed.

A big step came just after the turn of the 20th century when the Government of Canada announced sponsorship of a major event on the site, and the city decided to move forward with a rebuilding of the site with grand new dedicated buildings.

From 1903 to 1912, the site expanded with 15 landmark buildings, five of which still survive today, including the Press Building, Horticulture Building, Government Building, Music Building and the Fire Hall-Police Station building, all designed by architect G. W. Gouinlock.

This building plan concluded with the final renaming of the annual fair, now known as the CNE for well over a century.

But this 1900s expansion came with a cost, the building program swallowing up the south end of Dufferin Street and the entire neighbourhood to the west of the previous Ex Grounds boundary. 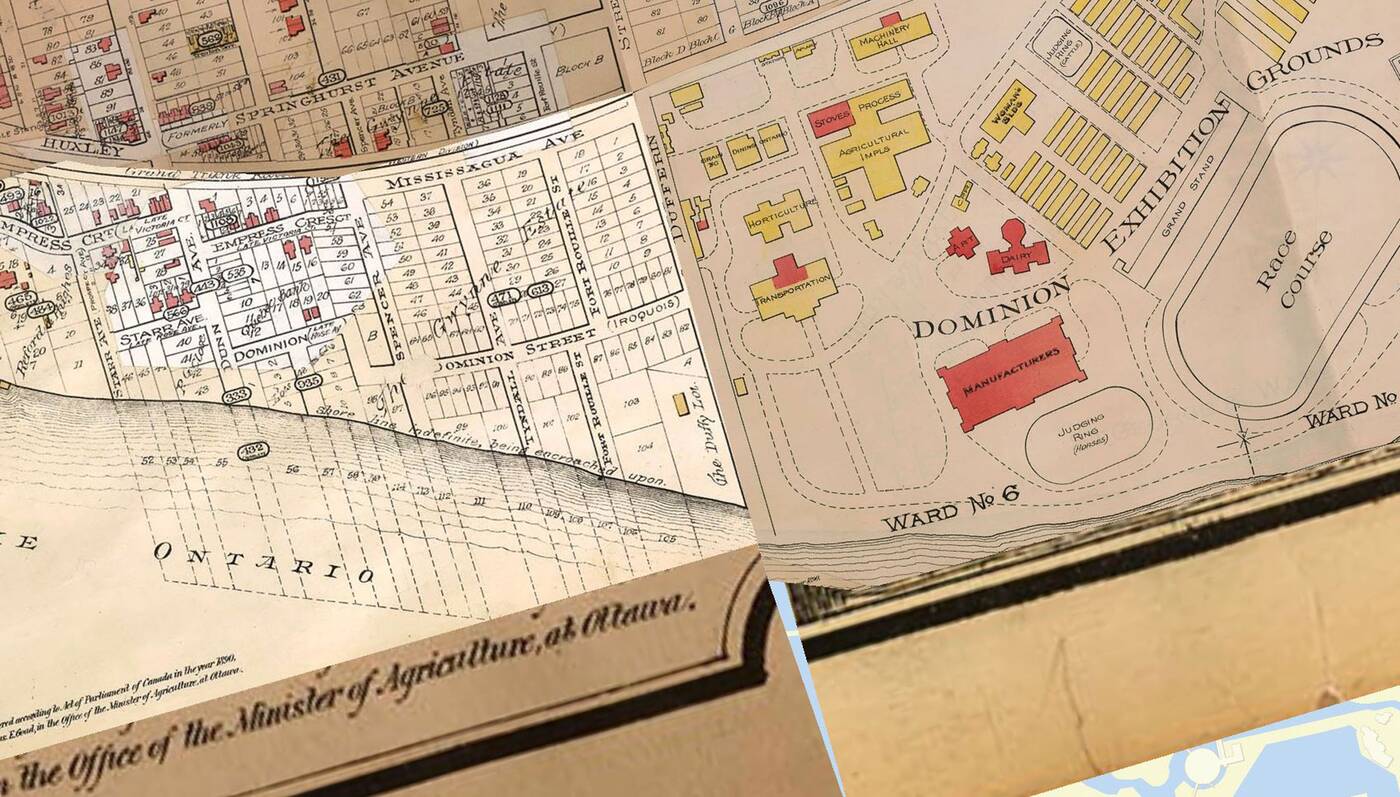 A 1903 map of Toronto showing the then-Dominion Exhibition Grounds terminating at Dufferin Street.

Look through any list of modern Toronto neighbourhoods, and there is one you won't find. It was called The Gwynne Estate, and it was home to a handful of streets bounding six square blocks until the early 20th century.

It was a full neighbourhood, and then it wasn't.

Aerial view of the Exhibition Grounds in 1947, portions of the partially-razed neighbourhood still existing further west.

A couple of disconnected streets to the west of the erased neighbourhood lived on through the first half of the century, but the post-war boom in road infrastructure would spell the end of the neighbourhood's holdouts. 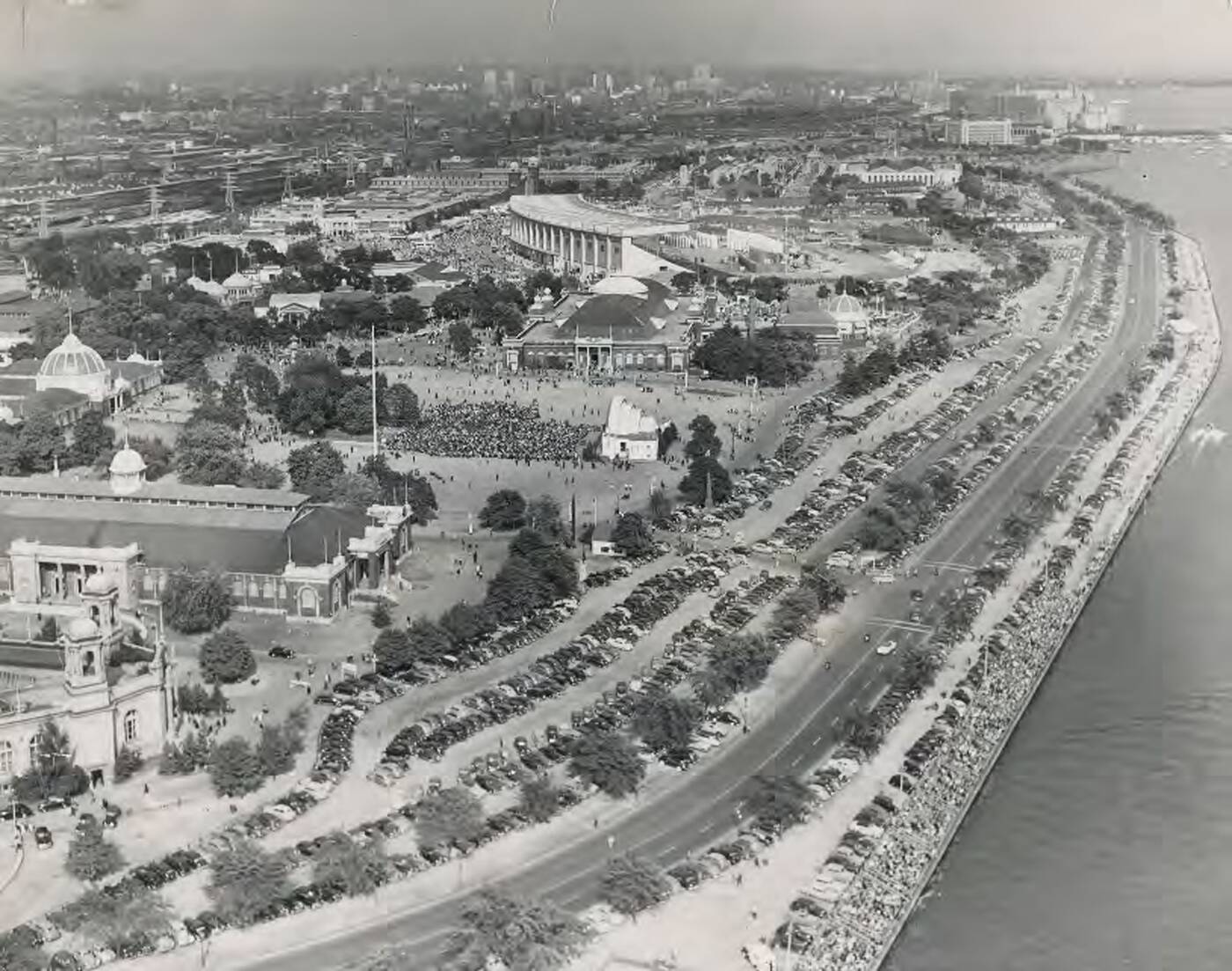 View of the then-new Lake Shore Boulevard running south of Exhibition Place in 1948.

Construction of Lake Shore Boulevard in the 1940s and the Gardiner Expressway in the 1950s would eliminate the remaining blocks, aside from some relics that can still be seen by the careful observer. 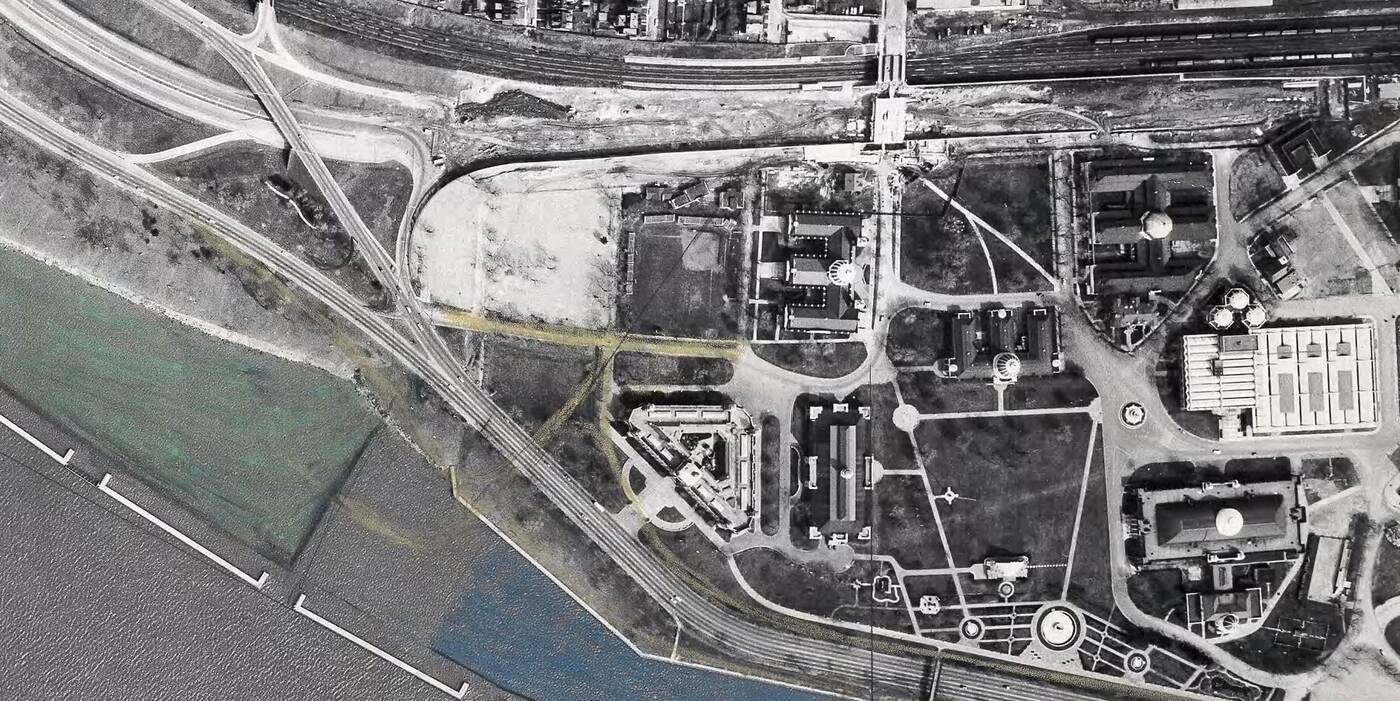 Aerial view from 1959 showing active construction on the Gardiner Expressway and the last traces of the neighbourhood gone.

A few vestiges of this neighbourhood exist today. North of the Gardiner and rail corridor, small stubs of Fort Rouille Street and Tyndall, Spencer, and Cowan avenues still extend south for short distances from Springhurst Avenue.

The area viewed in 1960, the Gardiner Expressway eliminating the final bits of the neighbourhood from existence.

South of the corridor and highway, fewer clues remain. A stretch of British Columbia Road between Alberta Circle and Lake Shore Boulevard follows pretty much the exact alignment of the now-lost Dominion Street.

Connecting with this stretch, a portion of the modern-day Yukon Place follows the same route as the now much-shorter Tyndall Avenue. Yukon Place's turn east along the current Liberty Grand Entertainment Complex actually marks the position of the former early 1900s shoreline where Tyndall Ave terminated.

The streets further to the west suffered a similar fate, an area known as South Parkdale also ceasing to exist for the questionable city planning decision that was the Gardiner Expressway.