The ghosts of Exhibition Place in Toronto

Ghosts are said to walk the hallways and roam underground at Toronto's historic sites — from Old City Hall to an old subway station.

Shadowy figures have been spotted in the Elgin and Winter Garden Theatre and William Lyon Mackenzie’s ghost has been heard playing the piano at night in Mackenzie House.

It should come as no surprise that one of Toronto's oldest collections of buildings at Exhibition Place have a few spine-tingling tales to tell. Jacqueline Edwards, senior archivist at Exhibition Place, compiled a list of the site's spookiest stories.

This building at 2 Manitoba Drive is likely "the most haunted building on the grounds," wrote Edwards. Staff members "have heard whistling and footsteps in the hallways, crashing noises with no evidence that anything fell, and the sounds of a cocktail party taking place behind closed doors, complete with music and clinking glasses, but no one is there."

Perhaps the ghostly sounds can be linked to two horrible deaths at the building.

Built in the early 1900s, the general services building was originally a hydro-electric power station but now houses the Exhibition Place Operations Division, Security and the Archives. 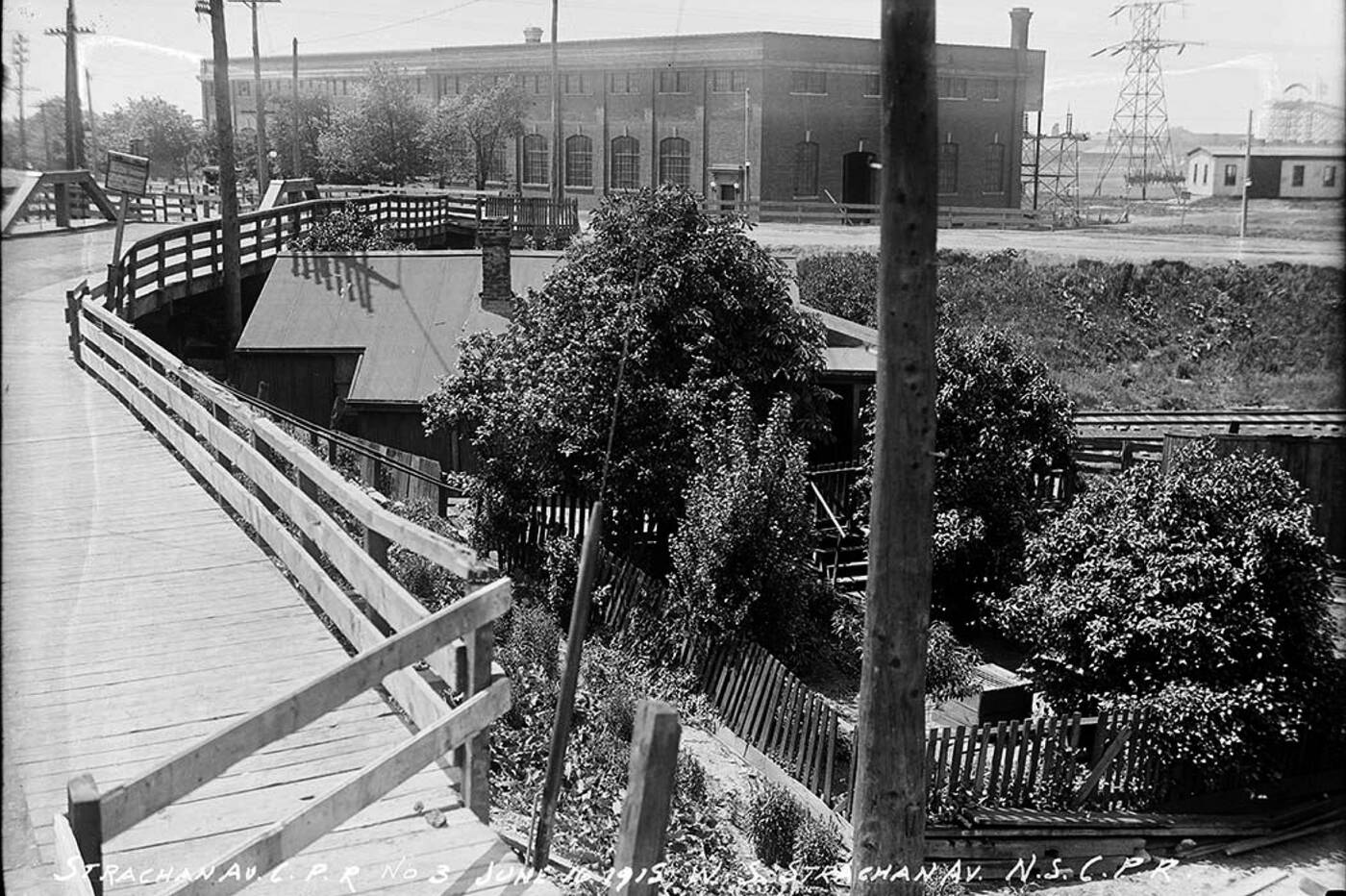 The hydro-electric power station in 1915 —this view is of the back of the building, around where a murder took place. Photo via Toronto Archives

In April 1912, it was the site of a "chilling murder." Junk dealer Joseph Rosenthal was found dead in the hydroelectric yard. The only witness to the crime was also attacked and barely survived but managed to crawl up Strachan Avenue to find help.

A hydro employee named Charles Gibson was found responsible and the murder appeared to be over a scrap metal deal that went sour.

A few years later in 1924, another man died in the basement of the building. Michael Sullivan died on Thursday, Oct. 9, 1924, electrocuted while trying to restore power to the city after a devastating fire.

Staff members have heard knocking on doors only to find no one there. Sensors often go off in the building for no reason. Doors become suddenly unlocked and items have been moved out of place.

After a 13-month investigation of the Ex, Richard Palmisano, a paranormal activity investigator, found Stanley Barracks had the most ghostly activity including his favourite spirit, a young girl named Jenny.

"Jenny is looking for her cat," Palmisano told toronto.com. "She died in an accident, her scarf got tangled and she was strangled. But she is there and her father is there looking after her." 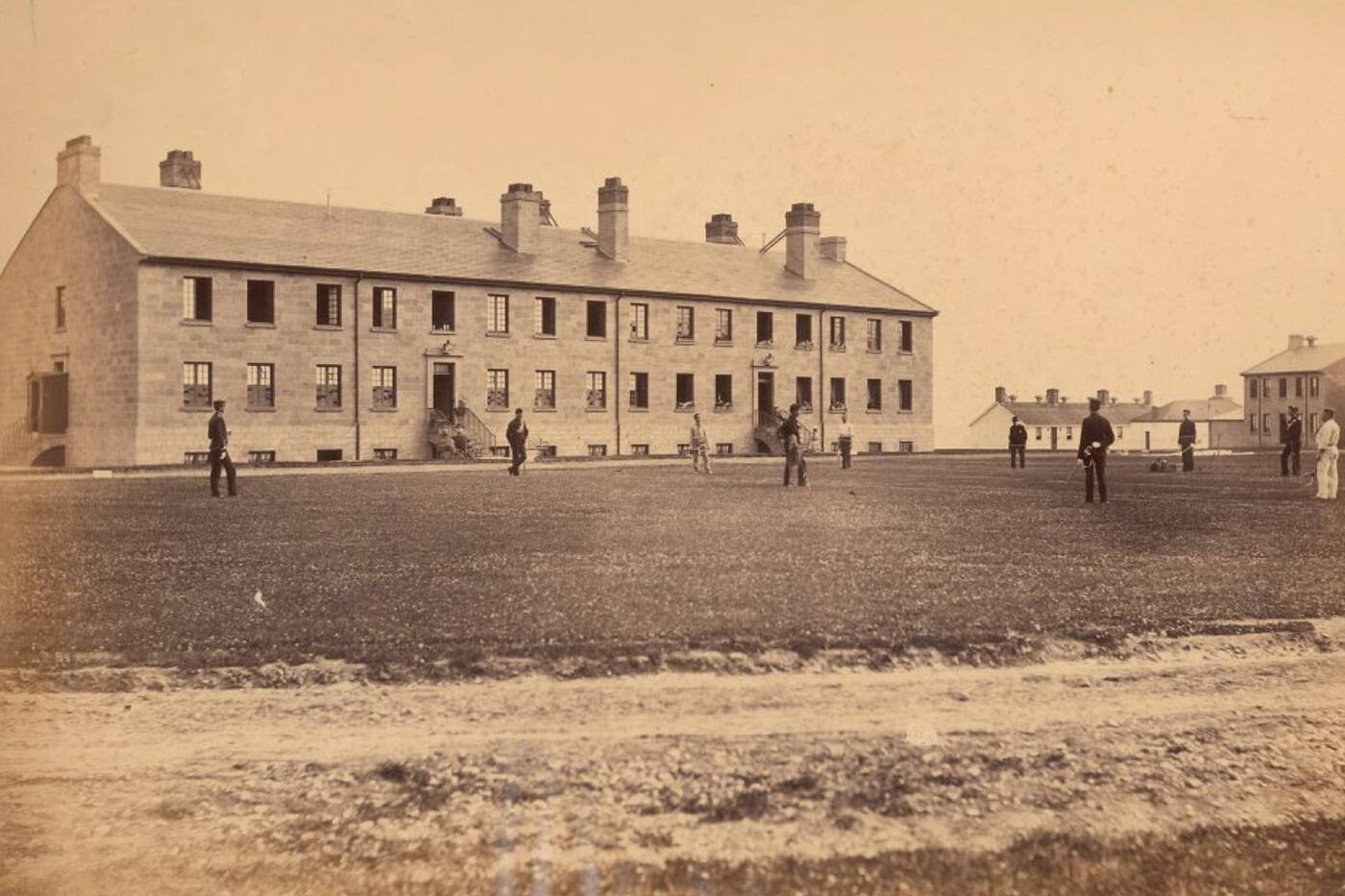 The Stanley Barracks building is seen in 1884. Photo via Toronto Archives

But the Barracks also have negative energy.

"There are two individuals that gravitate to the basement (at Stanley Barracks). Nasty people," Palmisano said. "One is named Bob and his buddy Dave or David and they terrorize the other spirits actually."

The Stanley Barracks was built in 1841 — originally consisting of six buildings but only one remains today – the Officers’ Quarters. It is now a part of the Hotel X Toronto complex. 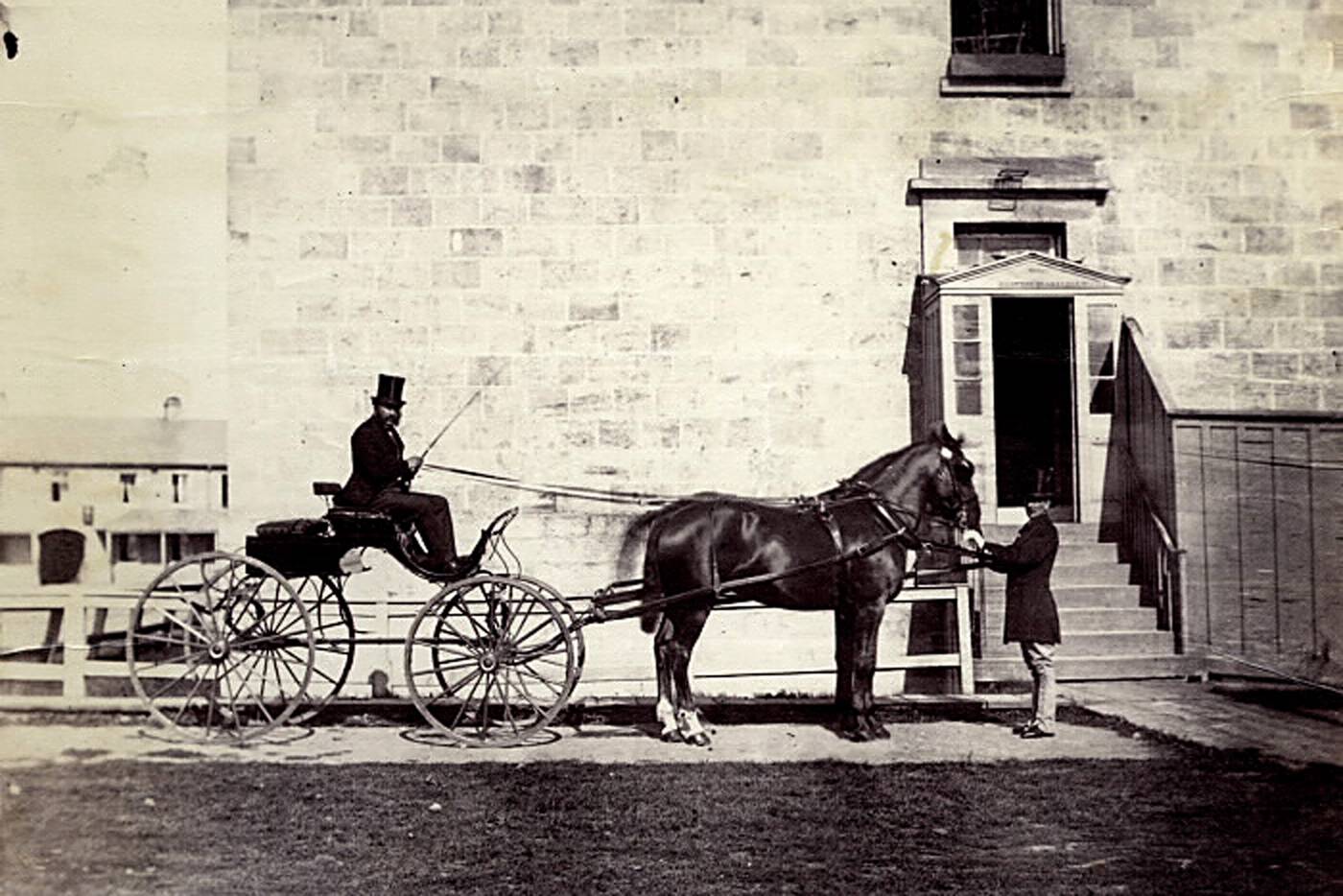 The Stanley Barracks in 1867. Photo via Toronto Public Library

Built in 1931, the Horse Palace is largely empty throughout the year, only occupied by the Toronto Police Mounted Unit and a riding academy year-round.

The riding academy staff have heard "phantom horses walking above their heads on the second floor and several cleaning and security staff have seen a ghostly officer riding his horse, who vanishes when they take a second look." 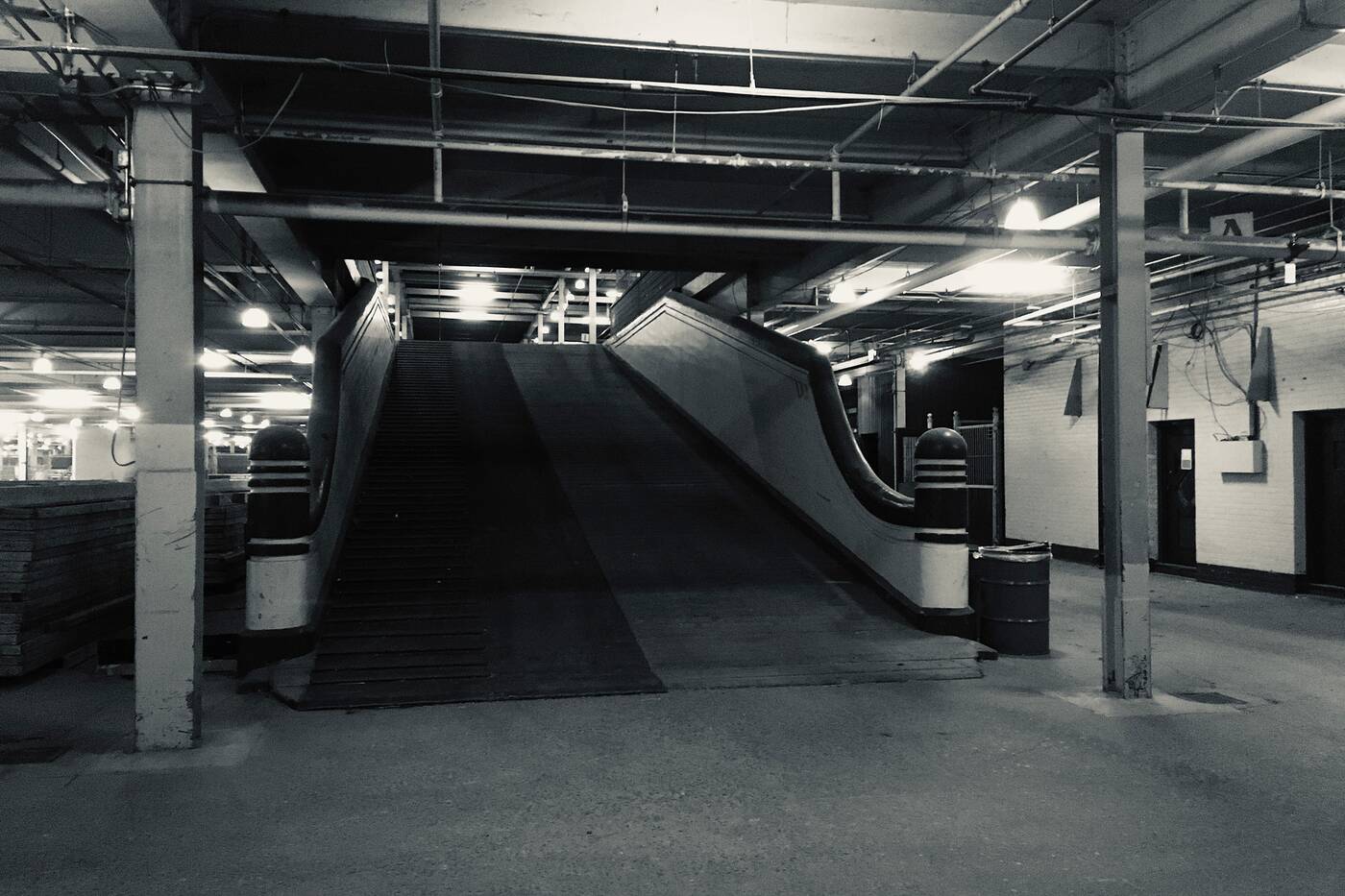 The interior of the Horse Palace. Photo courtesy of Exhibition Place

During the Second World War, the Exhibition grounds was a military camp from 1940 to 1946. The Horse Palace was used as a barracks for soldiers waiting for training and then to head over overseas.

"For many of them this was their last memory of Toronto," according to Edwards.

More than 12,000 men went through the Horse Palace and quite a few never came back.

Many security officers have mentioned that this building seems to be the worst in terms of "things that go bump in the night," wrote Edwards.

The ghostly activity may have something to do with the building's gruesome past. On Sept. 18, 1949, the Horticulture Building became a temporary morgue for the burned victims of the S.S. Noronic (a passenger ship). The ship was docked in Toronto when it burned killing 118 passengers.

The victims were laid out on tables throughout the building. Doctors and nurses worked with police investigators to identify the bodies so the next of kin could claim the bodies. Many were badly burned and could only be identified by dental records and fingerprints.

In one spooky story, a security officer on duty here once responded to an alarm in the dead of night in the basement and found a water valve had been twisted open, allowing water to pour freely into the room. But this valve could only be opened with fire department equipment. The firefighters turned off the valve. 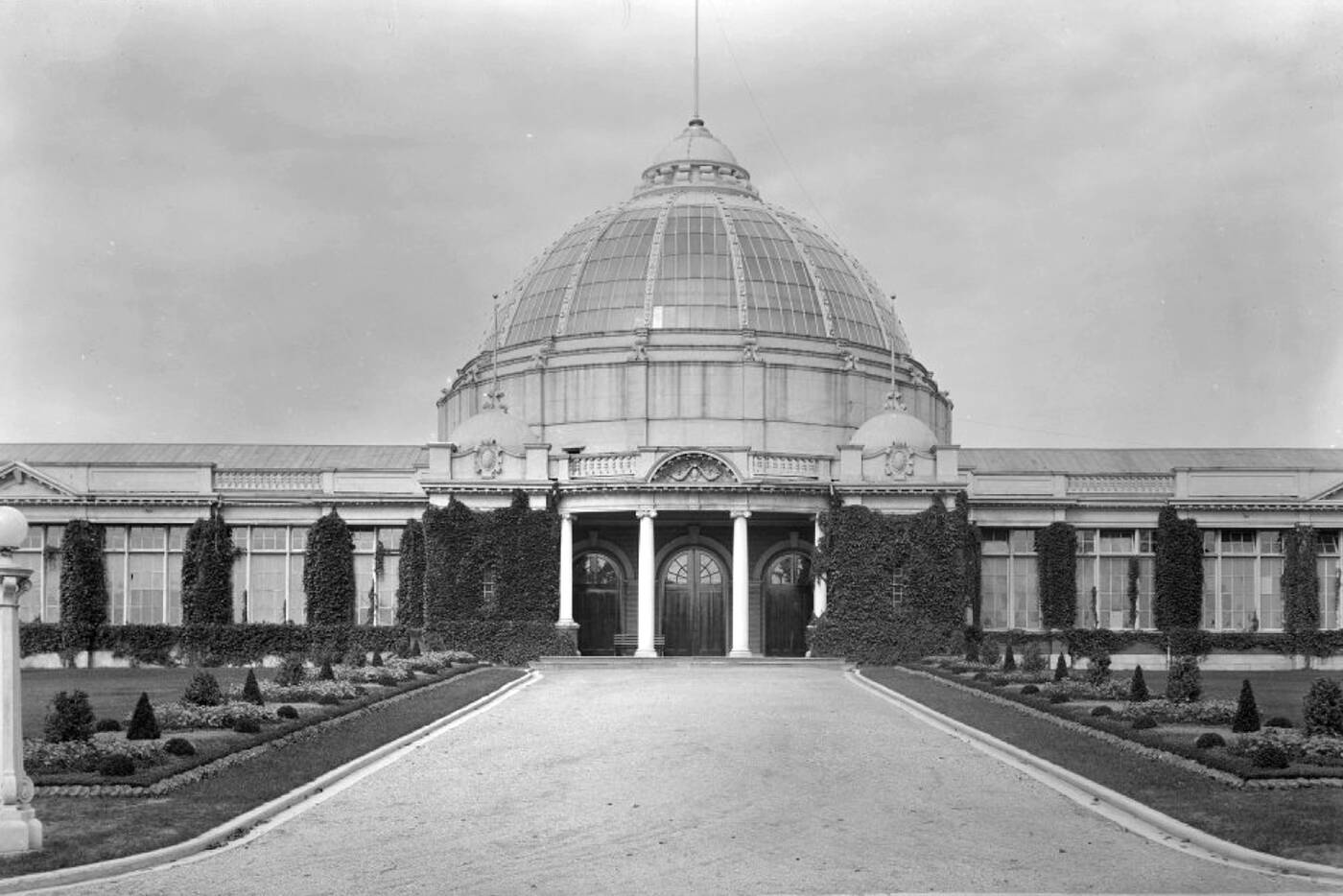 The Horticultural Building in 1921. Photo via Toronto Archives

When left alone again, the officer heard the sound of someone trying to open the door — the force being used unnerved the officer. Running toward the noise he kicked the crash bar, forcing the door open only to find no one on the other side.

"Shaken and pale, he returned to the Security office in General Services only to learn his adventure occurred on the anniversary of the 1949 Noronic disaster," wrote Edwards.