Toronto is rich with beautiful old buildings, many of them once home to gruesome deaths and other such grisly events. From faceless nuns in historic hospitals to dead maids who hang in restaurant rafters, ghosts can be found all over the city — and the sites of their horror stories are yours to discover.

Here are some of the creepiest haunted places in Toronto.

It should come as no surprise that this Romanesque Revival building, dating back to the turn of the 20th century, is thought to be haunted. The last two men sentenced to capital punishment in Toronto, back in 1962, reportedly haunt Courtroom 33.

You may recognize this literal ghost station from movies and TV shows, but it hasn't been used for regular service since 1966. Since then, multiple transit employees have reported seeing a "lady in red," with no eyes and no feet, on the platform beneath Bay Station. 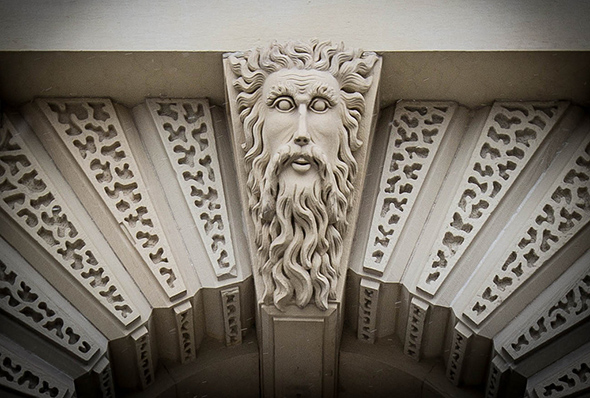 Father Time looks out over the entrance of the Don Jail, which was closed in 1977. Photo by Bruce Reeve.

This old lock up has a horrifying history of inhumane conditions and public hangings. A total of 34 people were executed here between 1908 and 1962, some of whom are still believed to haunt the jail today. Spookier still, human remains were found on site just 15 years ago.

Legend has it that stonemason Paul Diablos murdered his colleague Ivan Reznikoff over a woman while constructing this landmark in the 1850s. Reznikoff's bones were discovered on campus decades later after a fire – except for his skull, which was never found. 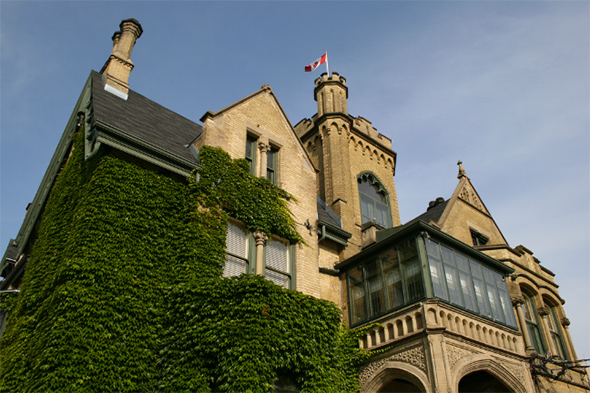 The Keg Mansion on Jarvis Street is one of Toronto's scariest spots to eat. Photo by diamonrefractionindex.

Come for the steak, stay for the spookiness. The former Massey mansion is famous for its active ghosts, including one of a maid who is thought to have hung herself in the foyer. Ask your server to see the restaurant's book of ghost stories when you're finished with the menu. I'm serious. It exists.

That lovely Regency cottage-style building in High Park might not be as innocent as it looks. Built in 1836 by John and Jemima Howard, this home-turned-museum is rumoured to be a hotbed of paranormal activity. 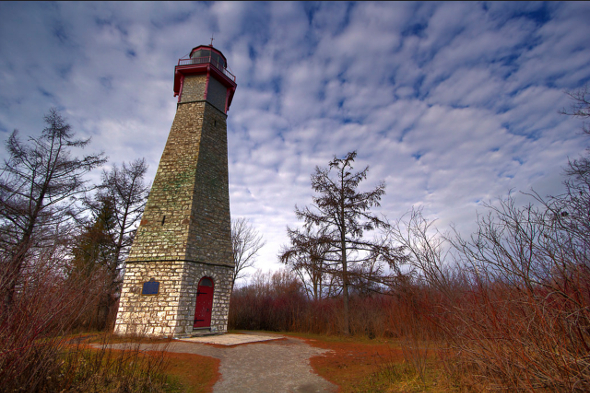 A mysterious murder, a secluded location and nowhere to run make the Gibraltar Point Lighthouse one of Toronto's scariest spots to go at night.

Situated on the western tip of the Toronto Islands, this decommissioned lighthouse is best known as the site of a grisly 1815 murder. The victim, John Paul Radelmüller, was Toronto's very first lighthouse keeper. Some say he never left the building.

This is a popular spot among thrill-seeking high teens who've heard tales of a young girl who was murdered on the bridge at Morningside and Finch – on her birthday, no less! Legend has it that if you sing happy birthday, her ghost will appear. Try it. I dare you. 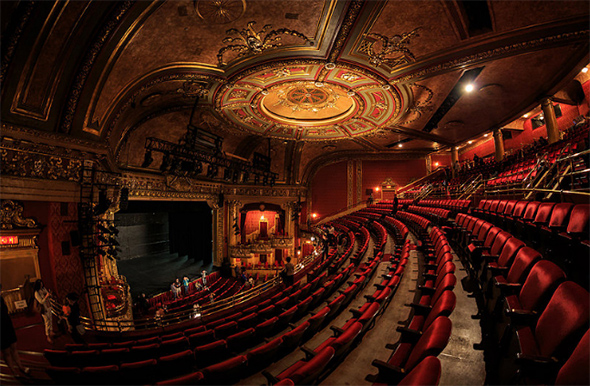 Like many old theatres, the Elgin Winter and Garden theatre is haunted as hell. Photo by Greg David.

You may not see the Phantom of the Opera here (unless he's being played by an actor on stage), but theatre employees have seen many shadowy figures here over the years. Some volunteers are said to have once contacted a dead trombone player through a Ouija Board.

Founded in 1892, this hospital is thought to be haunted by the ghost of Sister Vincenza, a nurse who supervised the obstetrics wing for 28 years. She's been spotted most often on the 7th floor of the hospital's former maternity ward — dressed in white and without a face. 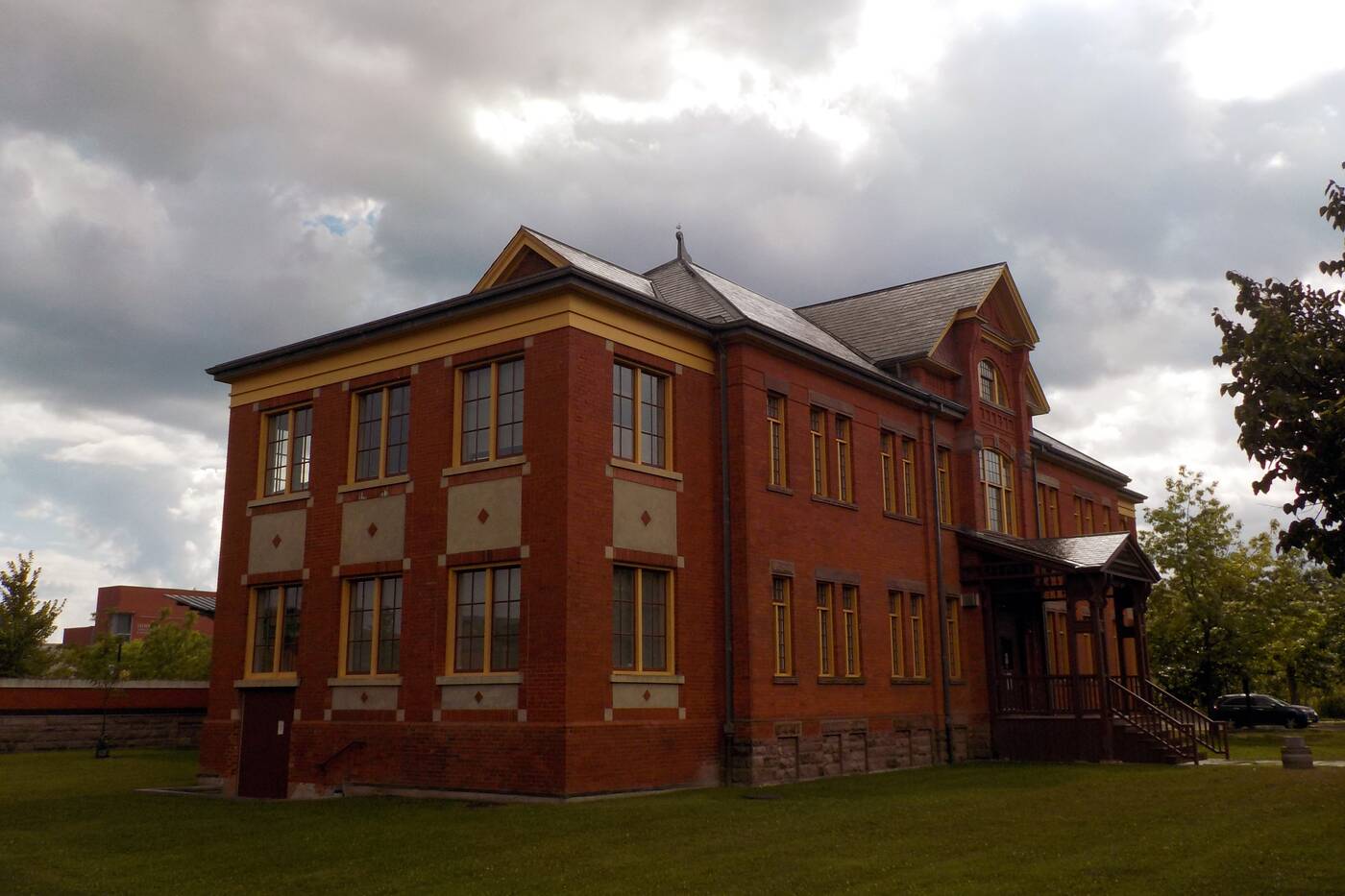 Humber's Lakeshore campus used to be an insane asylum. Photo by Edward Brain.

Long before they were filled with students, these pretty grounds were home to the Mimico Insane Asylum, where patients were forced to work for free and bury each other's bodies in the hospital cemetery. Ghosts have been seen in underground tunnels across campus.

This city-operated historic site, just steps from the busy Yonge-Dundas Square, is where William Lyon Mackenizie died. Toronto's first mayor reportedly passed away in a bedroom on the second floor of this unassuming house in 1861. Now his ghost plays the piano at night.