When current Toronto Mayor John Tory ran on a platform of being a tepid glass of milk after the vodka slushie that was the Rob Ford administration in 2014, he promised the city a shining new transit line dubbed SmartTrack. It was supposed to be in service by 2021.

And here we are, in the year after the surface transit line was to begin operating on GO Transit rail corridors, still talking about the coming start of construction. All as Tory gears up to campaign for his third term with the promise still undelivered.

On Wednesday, Metrolinx, the City of Toronto, and the Province of Ontario announced a major leap forward in the long-overdue project, the launch of the procurement process for the East Harbour Transit Hub marking a key step towards breaking ground on five new SmartTrack GO stations. 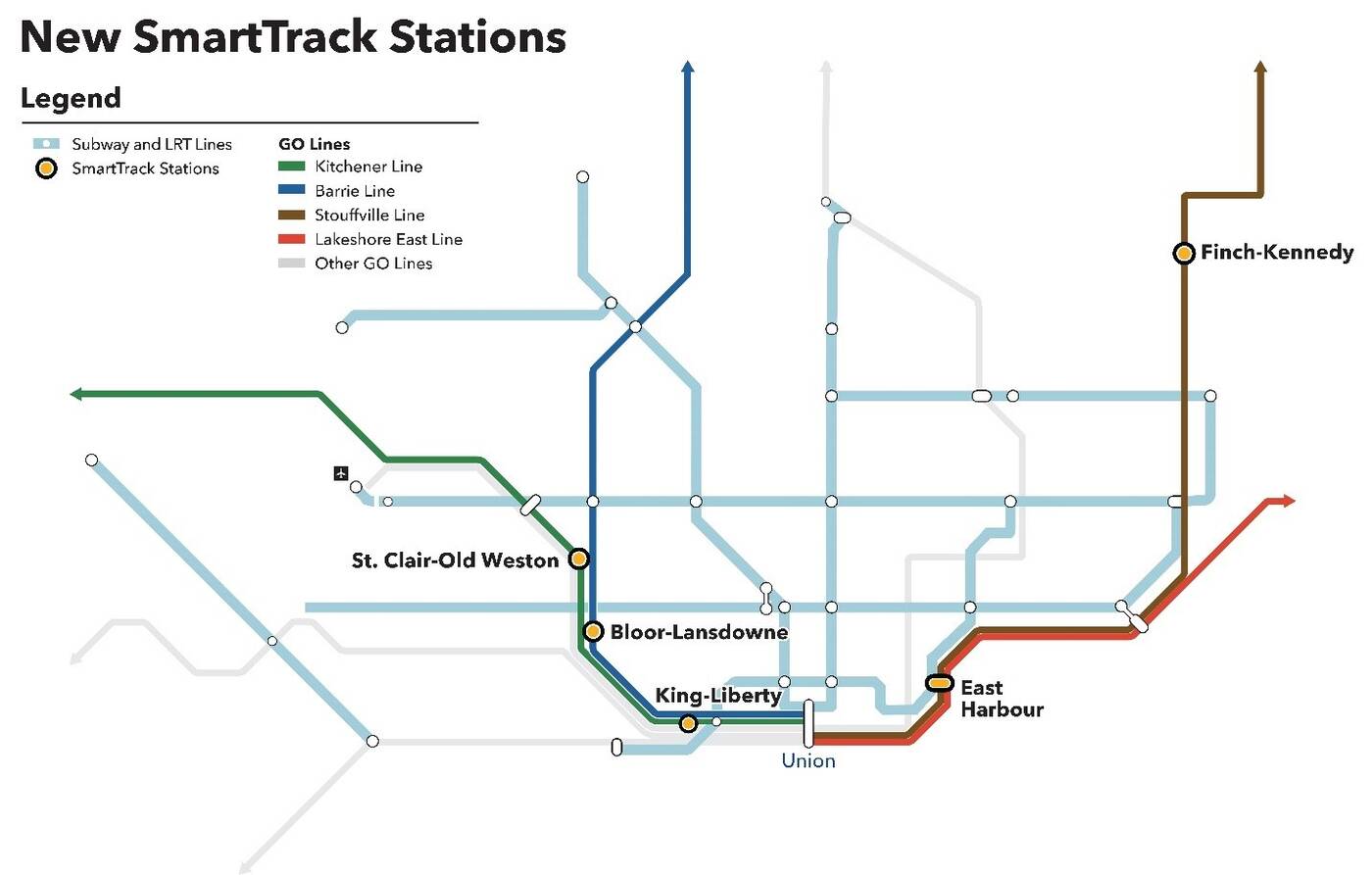 The forthcoming release of a Request for Proposals (RFP) sets the wheels in motion for the procurement process, where Metrolinx and partners will shortlist and eventually select a team from bids to design and build the new transit stations.

"The launch of the procurement process for East Harbour Transit Hub marks an exciting and important step forward in delivering a multi-modal transit station that will provide seamless connectivity to the new Ontario Line subway, GO Transit, and TTC services – and offer new ways for customers to connect to locations in the city," said Phil Verster, Metrolinx President & CEO.

Initially promised with 22 stations, including 14 new ones, it has since been predictably whittled down to just five new GO stations along 40 km of Metrolinx's pre-existing rail corridors.

Submissions for the initial step of the RFP process are expected to close this coming June, with a shortlist to be invited to the second stage of the process the following month.

If all goes according to plan, which it often does not, construction for the East Harbour Transit Hub is anticipated to begin in Fall 2022.

While Metrolinx's SmartTrack page states that "all five stations are anticipated to be open and operational in 2026" as of writing, the latest announcement claims that East Harbour, among the five, is now expected to enter operation between late 2027 and early 2028.

This East Harbour hub will be a major interchange point on the line, serving both the SmartTrack and the coming Ontario Line subway, as well as planned connections to future streetcar routes.