Not every hero wears a cape, as they say. Some wear light blue button-up shirts, red ties, and jackets emblazoned with the logo of the Toronto Transit Commission.

From terrible weather and horrible passengers to raccoons on tracks and teens on top of buses, the men and women who keep Toronto moving put up with a lot every single day.

TTC drivers don't have easy jobs, which makes it all the more impressive when one goes out of their way to make riders smile or otherwise help improve someone's day.

One local bus driver went far above and beyond the call of duty a few weeks ago in Scarborough, stopping mid-route on a busy bridge to literally save a man's life.

Raul Le Becarez was a passenger on the 134 Progress bus around 11 a.m. on Sunday, March 6, when he witnessed the act of extreme bravery and compassion.

Le Becarez says the bus was headed toward Centennial College when it slowed down and stopped on a bridge that runs over Highway 401. A man who appeared to be in distress was standing at the edge of the bridge, looking over.

The driver of the bus, a tall woman in her early 30s with "a very kind and gentle look" immediately departed the vehicle.

"She opened the driver door, and then opened the bus door to get out... I remember watching her slowly walking towards the guy as he kept looking over the bridge," says the eyewitness.

"And then the guy ran and jumped up on the ledge and was about to jump off of the bridge, and the driver grabbed him and pulled him to safety. Three other guys from the bus assisted her by holding him with her until the police arrived." 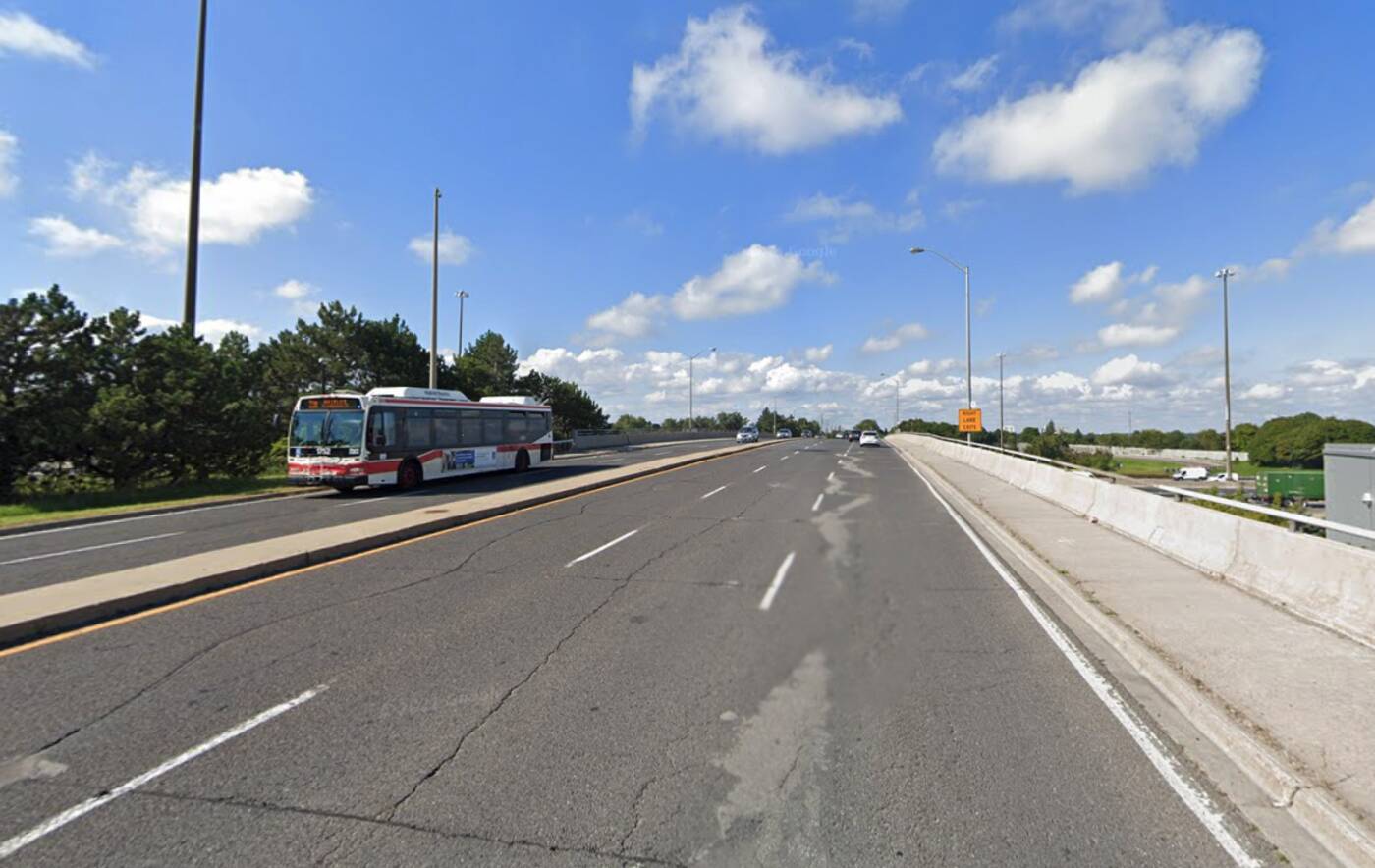 The TTC's 134 Progress bus on Brimley Road at the 401. Image via Google Maps.

After he was safely under the care of first responders, a police officer boarded the bus to tell the passengers what had happened. The officer explained that another bus would soon be along to pick them up.

As they waited, the bus driver stood outside talking to police officers, recovering from what must have been a terrifying experience.

"We all just watched her in awe, but no one approached her as she was visibly upset, like crying," says Le Becarez. "We were all shocked as it happened so fast... Once we saw and found out more, we could not believe what the driver did. She risked herself to save a complete stranger's life."

The driver didn't say anything to the passengers as they walked by her to switch buses, but Le Becarez says "she smiled at some of us as if to say thank you almost."

The TTC was unable to share the driver's name with blogTO, but did commend their employee for her skills and bravery.

"The quick thinking and compassion shown by this operator to save a person in distress is the kind of customer service excellence TTC operators exhibit daily," said TTC spokesperson Stuart Green of the incident.

"The operator's actions in this case saved a life, and that is something that will not be overlooked or forgotten. This was a truly heroic act by our operator and the customers who assisted in saving this individual."

Passengers of the 134 Progress bus will likely never forget the young woman's act of bravery either.

Le Becarez says he saw another rider who'd witnessed the incident aboard the same bus last week. They struck up a conversation.

"She definitely saved his life and is a true hero. Otherwise he would be dead," says Le Becarez of the driver. "She's a true hero and saviour."