Toronto is soon to lose its only elevated rapid transit line with the impending closure of the Line 3 Scarborough RT in 2023, but at the opposite end of the city, a new line in the works will eventually have trains zipping along a raised guideway through the city's northwestern areas.

The majority of the line will operate in underground tunnels spanning from Renforth Drive to just west of Scarlett Road, excluding a 1.5-kilometre elevated section at the east end of the extension that will be a visibly prominent addition to the Jane and Eglinton area.

Metrolinx tantalized transit nerds on Wednesday with the reveal of new renderings that show off the design progression of the ECWE's elevated stretch, which will run along the north side of Eglinton Avenue West. The guideway will be built as close to the roadway as possible, Metrolinx committing to maintaining easy access to Fergy Brown, Eglinton Flats, and Pearen parks along the way. 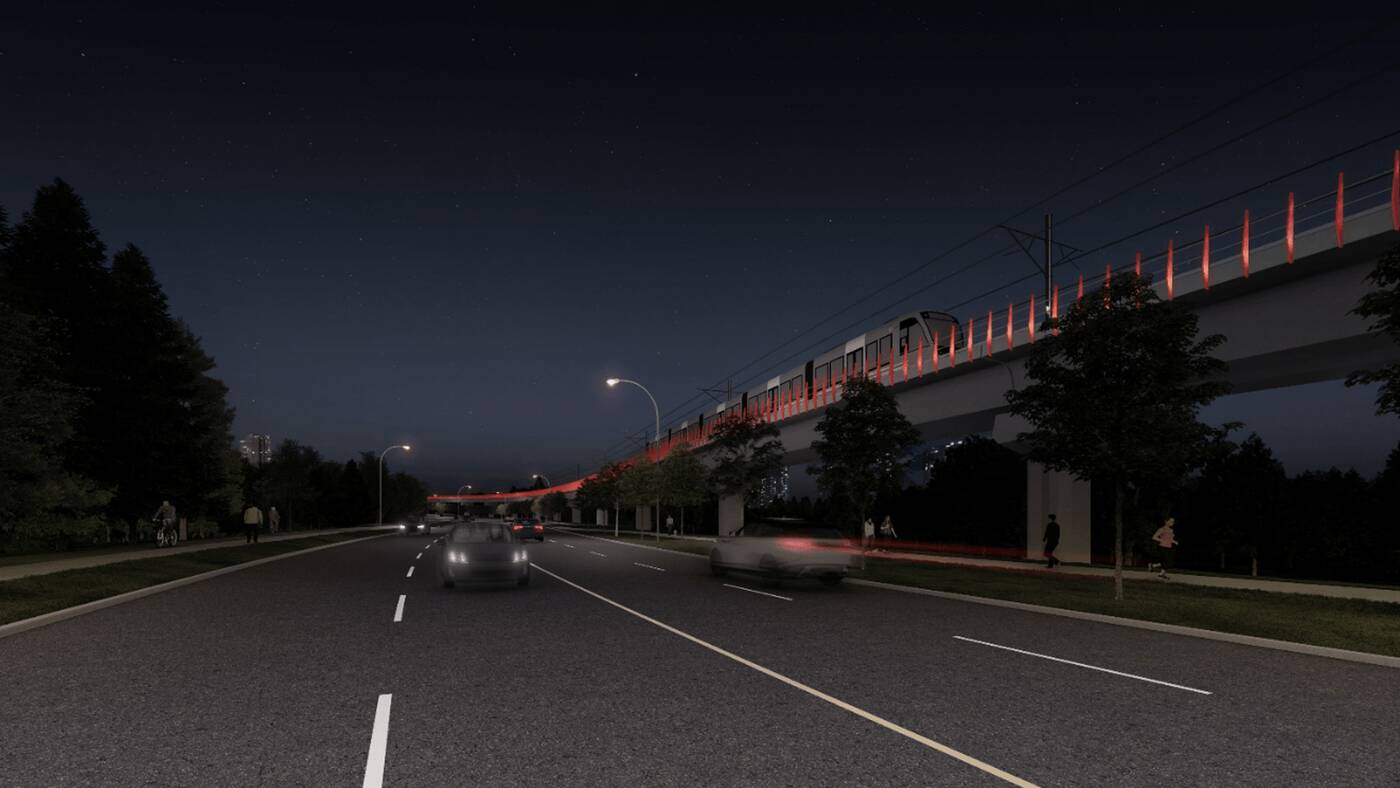 The guardrails will be illuminated at night, low enough to offer train passengers views over the neighbourhood as they fly by.

Renderings of the guideway show off illuminated red guardrails Metrolinx describes as "ribbon-like," giving the line a distinctive look. Another design detail mentioned but not featured in renderings is ground-level lighting at points where pedestrians pass under the elevated section.

Another rendering shows off one of the design options being considered for the portals where trains will enter and exit the line's tunnelled stretch, showing transparent panels with a Morse code-like pattern. 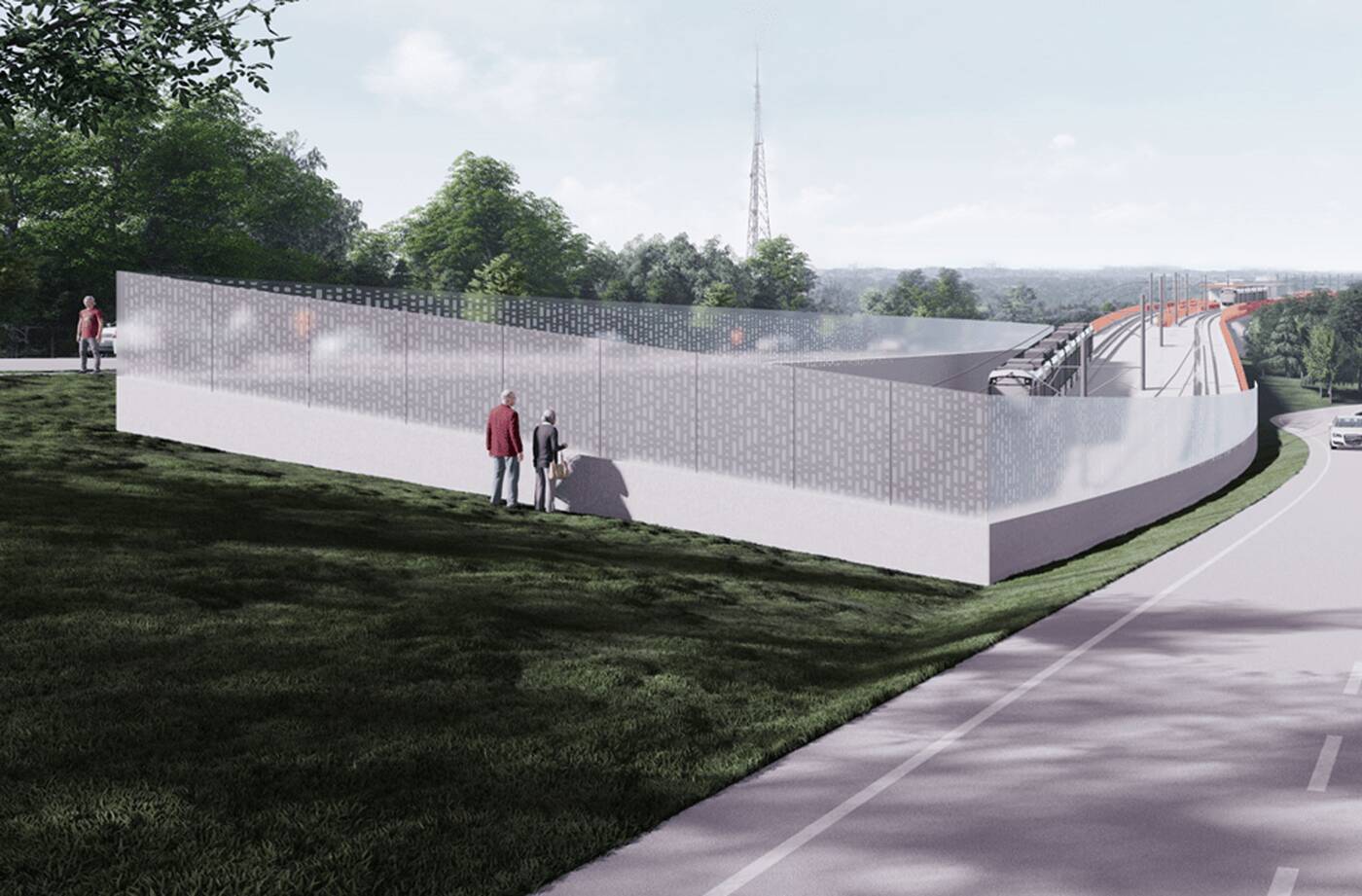 One of the design options being considered for the line's portals.

After selecting qualified teams to design and build the elevated stretch, Metrolinx is now taking feedback from the community on how the guideway will look and how spaces below it might be utilized for public benefit.

The transit agency has rolled out a public survey, giving the community the opportunity to share thoughts on design elements and public spaces.