A Toronto shop owner's choice to put out a sign showing support for the Trucker's Convoy, also known as the Freedom Convoy 2022, has been met with anger and hate but also support.

The convoy rolled into Ottawa, protesting vaccine mandates, on Jan. 29, and though many of the organizers are not truckers, and some have been linked to white supremacy movements and conspiracy theories, the message of freedom to choose resonates with many people.

One of those people owns Suitcase Antiques in the west end of Toronto. Shop owner Sarah Johnson says she put a sign, that reads "We support the truckers" in the shop window about 10 days ago.

"I felt the obligation to support the movement because I believe everyone should be free to make their own decisions," Johnson tells blogTO.

While she supports vaccines, she also supports the freedom to choose not to get a vaccine.

"I feel like everybody should be able to make their own decision and not be coerced into anything and have to lose their livelihoods for a personal decision," she adds. 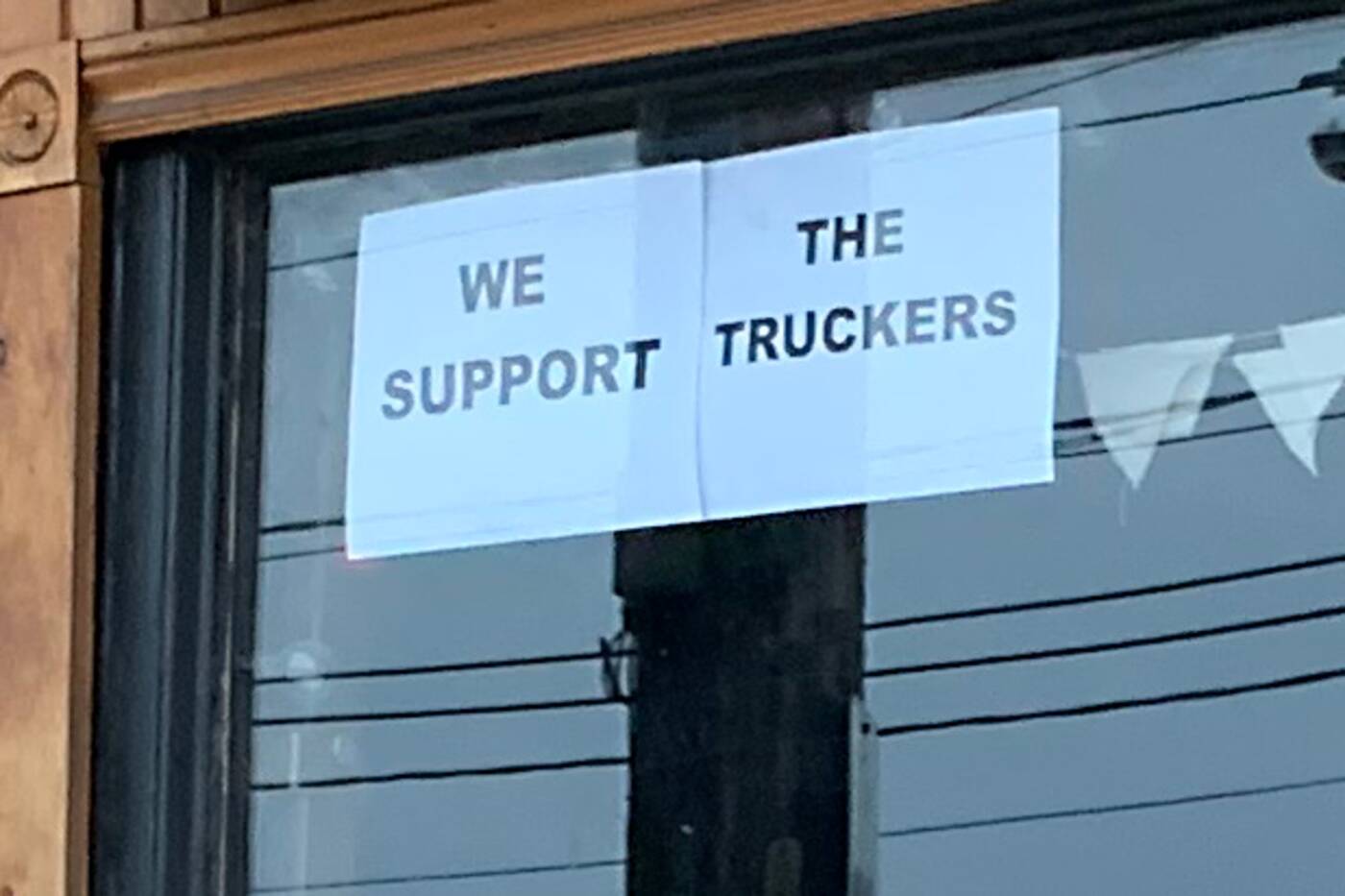 The sign went up in the window of Suitcase Antiques about 10 days ago.

People are being ostracized for their choices, she says.

"I don't feel like they should be cast out of society or looked down upon."

While Johnson characterizes herself as an introverted person and doesn't often speak out, she felt that now was the time to put her support behind the truckers' movement.

"I just felt like this is it's gone beyond what should have be happening and it's really sad to see a broken country."

People in Ottawa have been harassed, kept awake and lost thefreedom to move around their city due to trucks blocking the roads and Johnson agrees the method of protesting is extreme, but says it's necessary because "nothing is being done."

"It's not being dealt with correctly," she says. "And they're not really being given the time of day, really, to even be listened to or be heard. So I guess they're just making their voices loud."

The shop has been on Dundas Street West near Lansdowne for about 10 years and normally doesn't draw too much attention, but the sign supporting the convoy has changed that.

"Ever since I put the sign up, I've been getting a lot of hate," Johnson says.

People passing by have yelled at the shop, taken photos and someone wrote "f*ck you in marker" on its window.

"There's somebody who spits on my window every day."

At one point, Johnson nearly took the sign down but then a customer called her in support of the sign, telling her she has the right to speak out.

"I feel like everyone should have the freedom to voice their opinion," she says.