Toronto's miserable winter weather compounded with two years of a global pandemic and resulting business closures, work-from-home orders and other lockdown restrictions have certainly not been good for anyone's state of mind, but while some of us have been able to grin and (hardly) bear it, others have seemed to turn to some highly unusual antics.

Take, for example, one woman who decided to go to any lengths necessary to live out every kid's fantasy of riding in a real-life fire truck early Thursday morning, embarking on a haphazard theft that included busting through a fire station's bay doors and taking a little joyride around the city under the cloak of darkness.

On Thurs, Feb. 10, 4:45 a.m., police responded to theft of fire truck, Queen Street E + Woodbine Avenue. It is alleged a woman stole the truck and proceeded to drive it. Officers stopped vehicle, a 28-year-old woman was arrested and remains in custody. Charges are pending.
ep2

The unnamed 28-year-old approached Toronto Fire Station 227 in the Beaches around 4:45 a.m., snuck in through a side door and hopped up into the multi-hundred-thousand dollar vehicle.

She then drove the truck straight through the station's closed bay door, leaving it in a crumpled mess of metal and glass across the street on Queen East as she continued on her little trip. 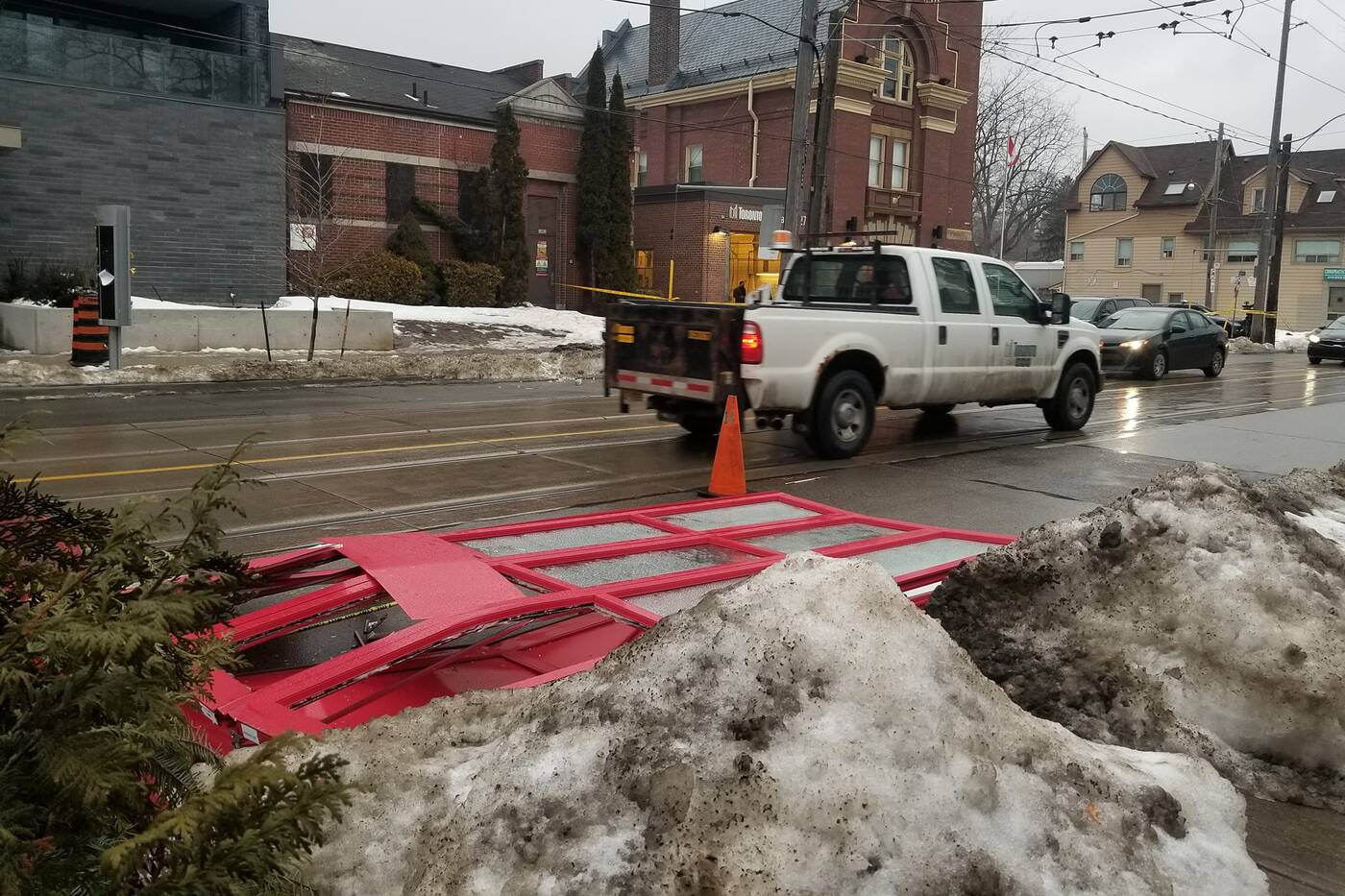 The destroyed bay door will need to be replaced. The remains of it blocked the curbside lane of traffic on Queen St. E near Woodbine this morning as the investigation continued.

The woman was eventually apprehended with the truck about 6 km or a 10 minute drive away on Unwin Avenue, right by Cherry Beach in the Port Lands.

Her motivations remain unclear, though police have told local outlets that there is nothing to suggest that the act is in any way related to the trucker convoy ongoing in Ottawa and allegedly headed to Toronto again this weekend.

There is also no mention of whether alcohol or other intoxicants were involved in the bold feat.

Thankfully, no one was injured during the escapade, though both the bay door and pumper truck require some repairs. Charges are pending as the investigation continues, with the station due to be back up and operational shortly.