When the Distillery Loop and Cherry Street streetcar branch opened in 2016, there were grand ambitions that the public space would one day be lined with cherry trees in full bloom, paying homage to the street name.

Six years later, the few trees actually realized are clinging to life, and a coming southern extension of the Cherry streetcar means the loop will soon be replaced by a new portal for streetcars crossing below the rail corridor to the new Villiers Island and Port Lands area.

The need for a rebuild also grants the city a chance to rethink the public space around the new Cherry Street North LRT portal.

Previously envisioned with a much larger grove of cherry trees, the site's high groundwater levels foster anaerobic soil conditions that don't allow trees to flourish, leading designers to come up with a pretty sensible alternative.

Originally the plan was to plant Cherry trees on Cherry Street as part of a project to extend the streetcar line to the Port Lands, but high groundwater makes keeping trees alive in this location tricky.

So they’ve got a new plan: an urban marsh. https://t.co/pVQJCoRSxe (PDF) pic.twitter.com/K4sfaX73lD

In a "when life gives you lemons" situation, an updated plan does away with the cherry trees entirely, instead opting to take the already high water table and transform the space into an urban marsh. 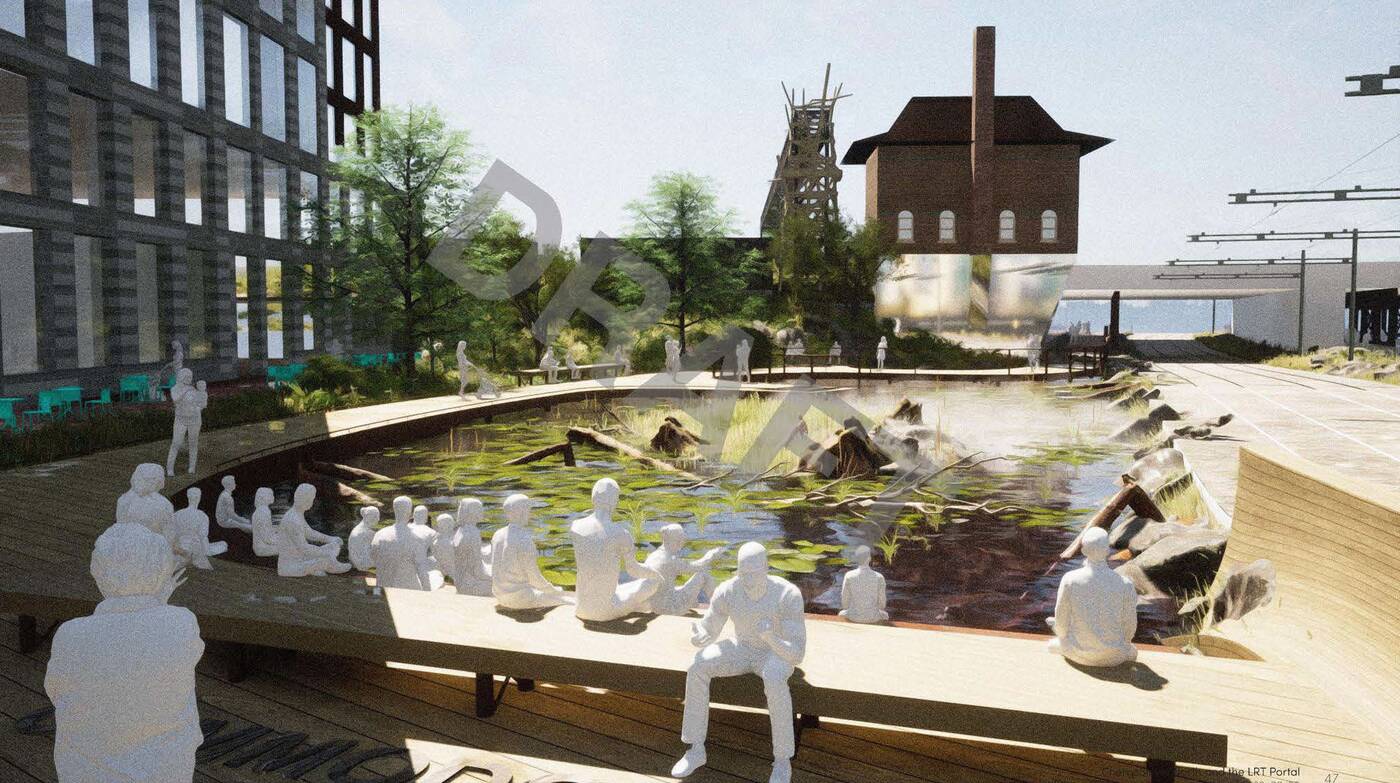 The new Cherry Marsh will replace the current streetcar loop across from the Distillery District's east entrance.

The so-called Cherry Marsh would exist on the current site of the Cherry Loop, next to a new portal dug through the existing location of the Cherry Street watchtower overlooking the rail tracks, which would be relocated a few metres to the east to accommodate the portal's path. 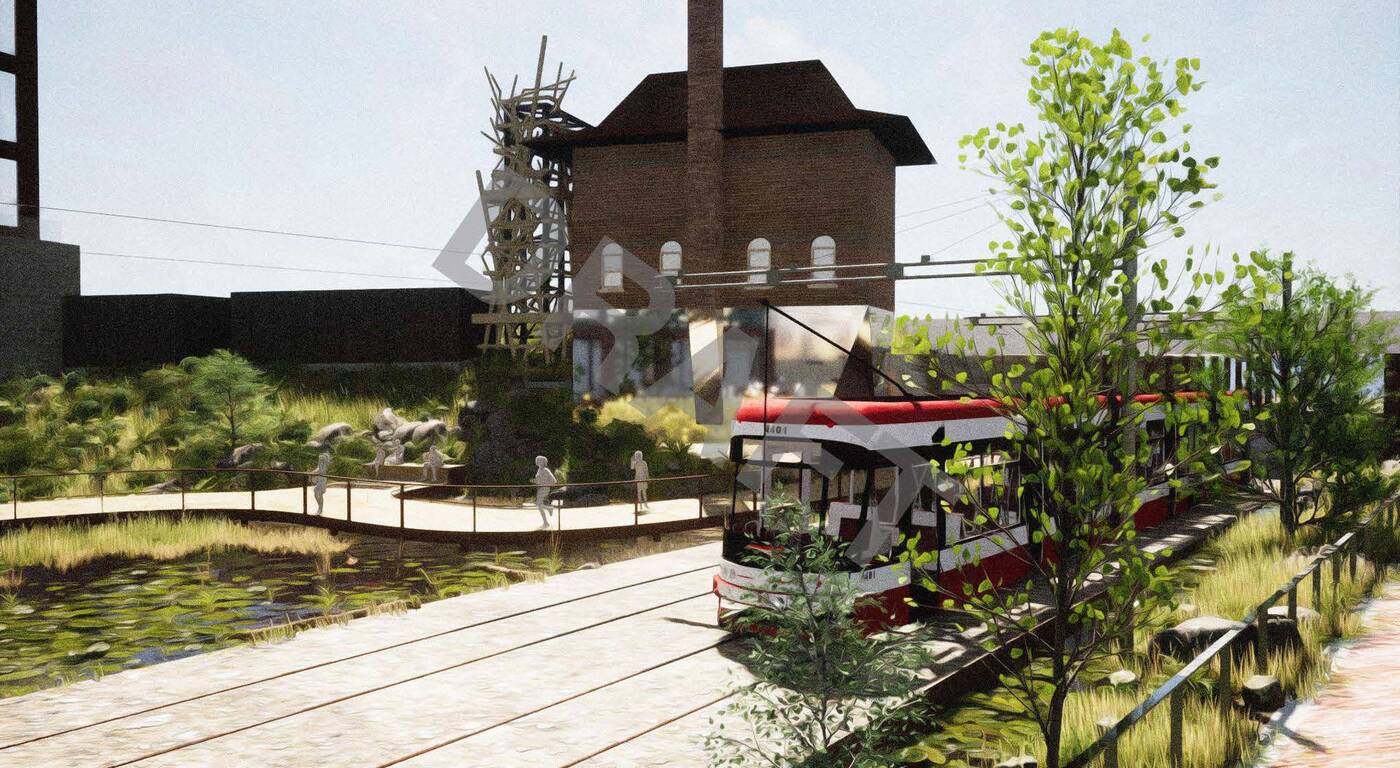 Streetcar tracks would run atop the marsh towards a new portal that would be etched beneath the rail corridor.

Renderings depict streetcar tracks running adjacent to the public space, which is to feature a snaking boardwalk and deck jutting out over the wetland feature, surrounded by planters, patio seating, and a pedestrian mid-block crossing at Tankhouse Lane. 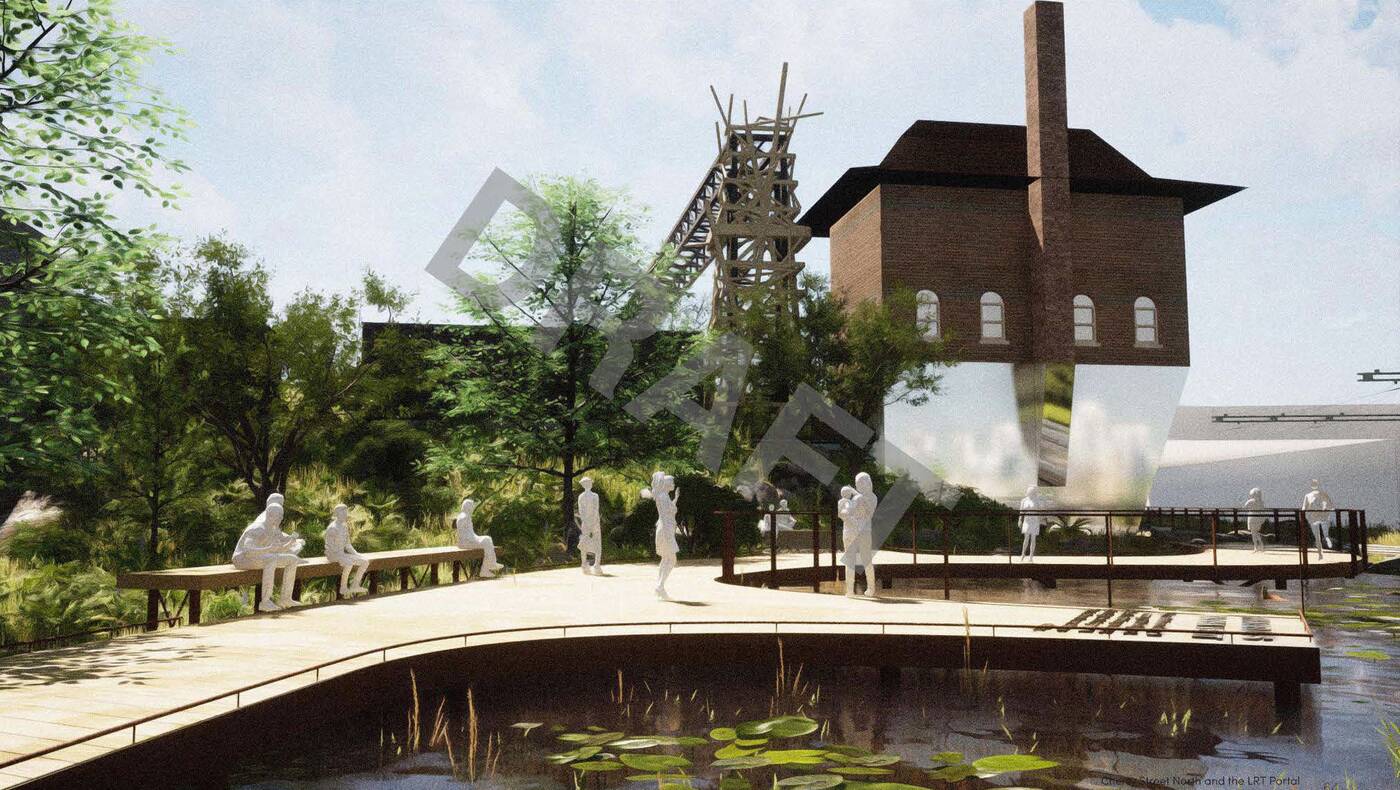 A boardwalk and deck would be constructed atop the marsh, while seating and planters would offer space for people to stop and enjoy the new addition.

Not only would the new space offer a gathering spot bridging the Distillery District and West Don Lands areas, but it would also create added capacity to buffer against localized flooding in the area.

The marsh would connect with the new stormwater facility built to the southeast of the site.

Overland flow from the surrounding blocks will pass through the marsh and into channels that flow south through the new portal, ending up in the new Cherry Street Stormwater Management Facility.

Water will flow through channels in the streetcar and pedestrian portals.

It's still a work in progress in terms of design, but the marsh is a creative way for the city to deal with the cards they've been dealt with the site's high water table.