Now a dozen years into what feels like never-ending construction, Toronto's Union Station is gearing up for even more changes that will keep the country's most iconic transit hub a dusty work zone for another few years at least.

It was just six months ago that the neverending construction was announced as complete, but everyone in the know was fully aware that this was a misleading statement, the completion of the Union Station Revitalization Project representing just one facet of a complex, multi-phased modernization for the Beaux-Arts-style landmark.

That aspect of the 90-year-old station's retrofit and expansion lasted from 2010 to 2021 and delivered rebuilt York and Bay Concourses, along with a new Union Station Bus Terminal.

And if you thought it was over, you may be disappointed to learn that there are now another few years of construction on the horizon.

Metrolinx shared news of the next phase of construction planned for the iconic transit hub on Monday, announcing the signing of a procurement deal for the similarly-named Union Station Enhancement Project (USEP).

As part of the wider GO Expansion program, this substantial project is being carried out in phases, including work on a new south concourse connecting Bay and York, the addition of new canopies at track level, widening platforms and improving both accessibility and communications. 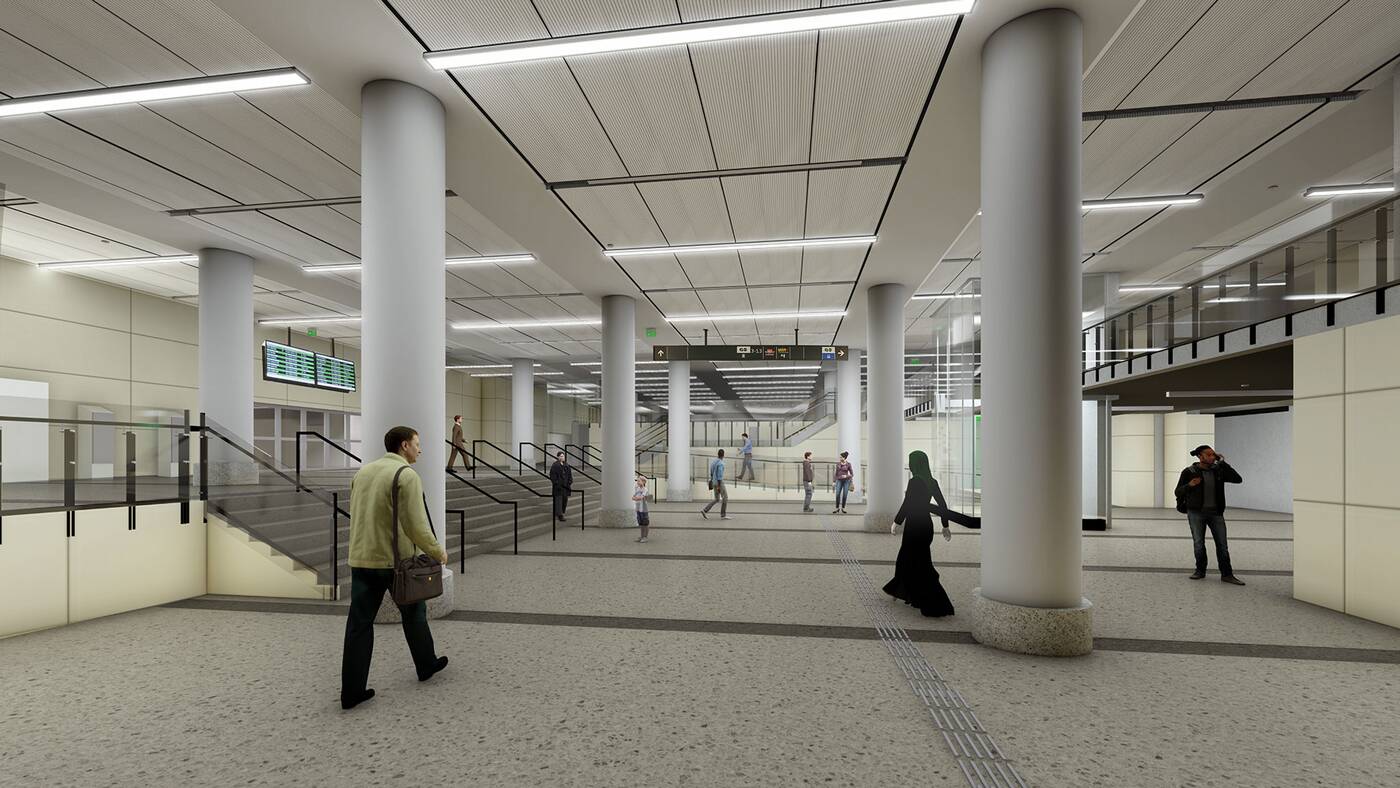 A new south concourse will connect the recently-built Bay and York Concourses. Rendering by Metrolinx.

With Monday's announcement of a project team, construction is now primed to begin in February.

"We are very glad to see this project moving into major construction in February," stated Trevor Anderson, Program Sponsor for Union Station.

"This project will enhance access and connectivity at the station, providing great benefit to our customers, our stakeholders, and all users of Union Station."

Work is expected to continue into late 2025, meaning we'll have to wait over three years before yet another construction project wraps up at the station.

What was once an exclusive VIA platform will be the first change passengers experience early this year, now being converted to allow improved GO service while other platforms are taken out of commission for widening.

This updated platform 20/21 will enter service for both VIA and GO Transit passengers on Feb. 16, freeing up platforms 24/25 and 26/27 for widening.

In the coming years, the USEP will add two new platforms to the station, a new pair of south tracks, improved access points, and an uninterrupted south concourse connecting the existing York, Bay and VIA concourses, as well as Union Square and Scotiabank Galleria.