A rare phenomenon that produces icy circles in the water, known as ice pancakes, appeared in Lake Ontario, just west of Toronto, this week.

He posted the photos in a South Mississauga Communities Facebook group and says they were taken where Cooksville Creek empties into Lake Ontario.

"It is the first time I have seen ice form in those shapes," he says. 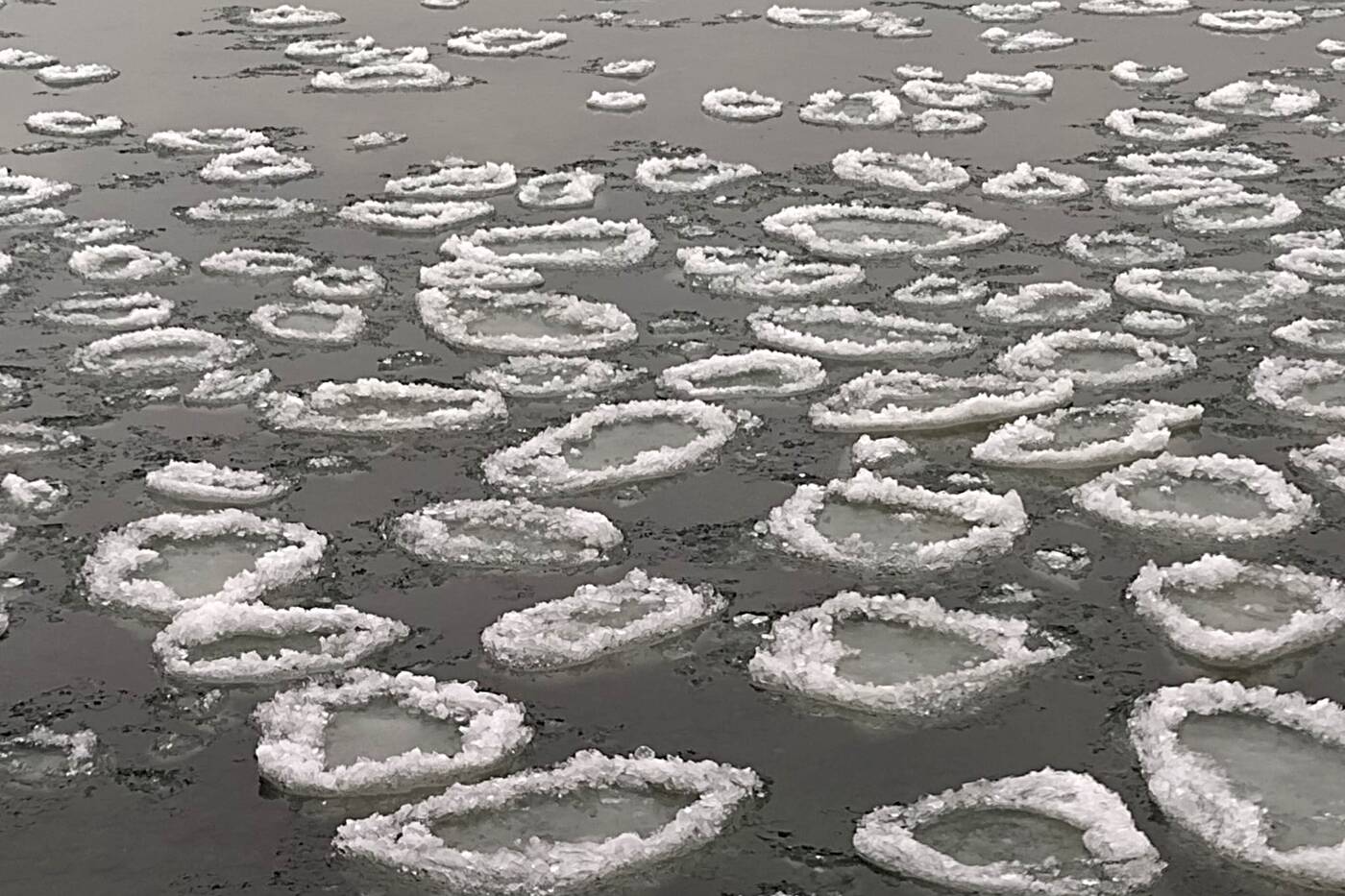 The ice pancakes, also known as ice pans, form when temperatures swing across a broad range, according to The Weather Network. The deep freezes then milder temperatures we have seen in the GTA these past few weeks likely produced the ideal conditions.

Normally the ice pancakes occur in the late fall or early spring. As the temperature gets colder, moving waters of the river can't entirely fend off freezing, and clusters start to freeze into larger flat plates, The Weather Network notes.

While they are thought of as a rare phenomenon, ice pancakes were also spotted last winter at Toronto's Kew Balmy Beach.

Last year, Weather Network meteorologist and storm chaser Mark Robinson told blogTO that the unique discs of ice form in slightly agitated waters and when it's too mild for the water to completely freeze over.

"You need perfect meteorological conditions to produce it – temperatures need to be just below zero and you need just a little bit of wave action. Too big of waves and it'll shred it, too small and it'll just form sheet ice," Robinson said.

The pans are more often seen in seawater like in the Arctic or Antarctic, though it can occur on the Great Lakes.