For all the freezing temperatures and snow squalls winter brings us, every once in a while, we're reminded just how beautiful the snowy season can be.

The beautiful and fairly uncommon sight spotted at Toronto's Kew Balmy Beach this past weekend, known as pancake ice, is a perfect example.

Weather Network meteorologist and storm chaser Mark Robinson says these unique discs of ice form in slightly agitated waters and when it's too mild for the water to completely freeze over.

"You need perfect meteorological conditions to produce it – temperatures need to be just below zero and you need just a little bit of wave action. Too big of waves and it'll shred it, too small and it'll just form sheet ice," he told blogTO. 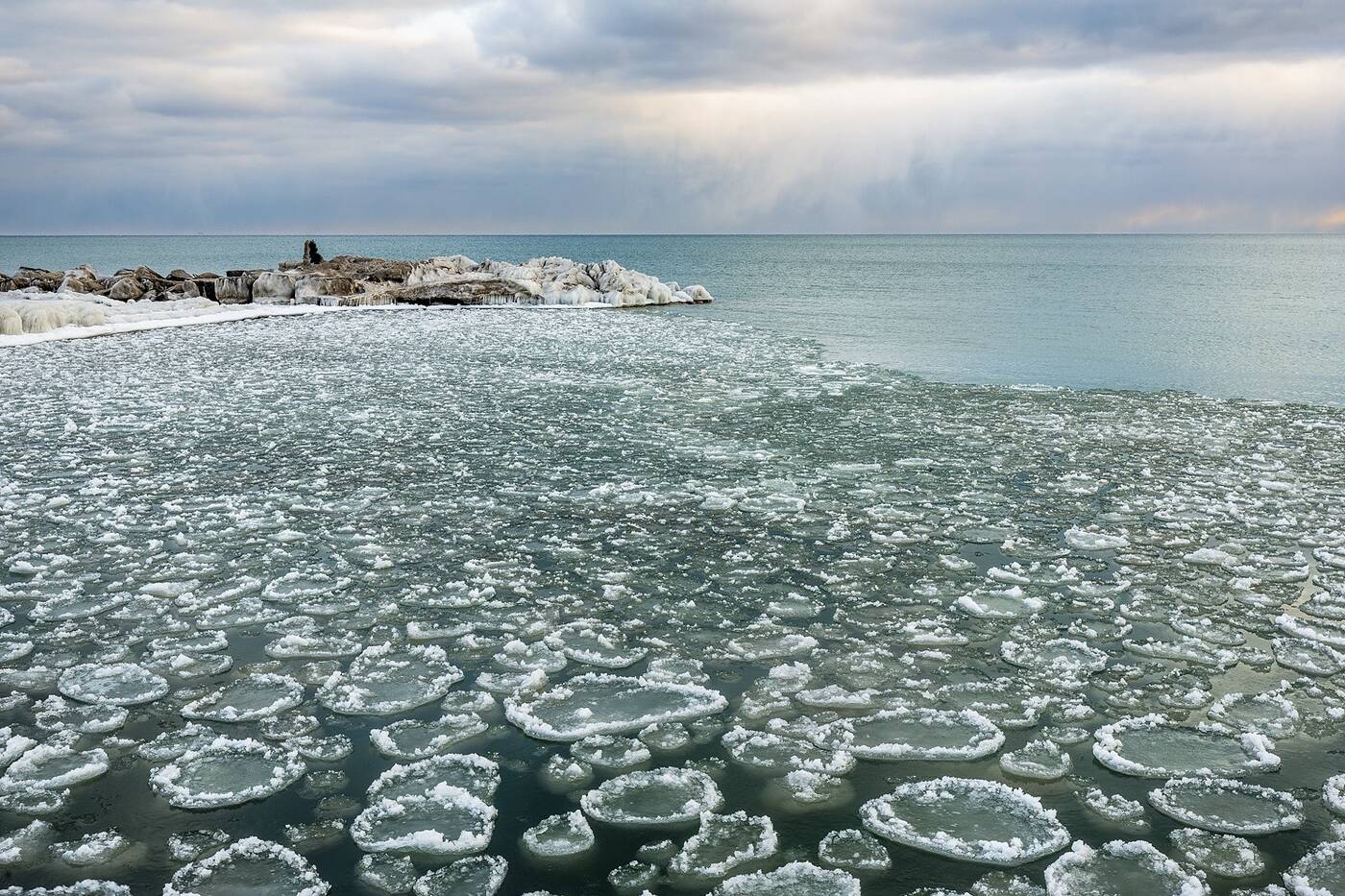 Another photo of pancake ice spotted at Kew Balmy Beach a few winters ago. Photo by Phil Marion.

When these two factors line up just right, it creates quite a spectacle.

"What you get are these, for a lack of a better word, pancakes, sort of bumping up against each other and little bits of slush that sort of slump up on top of it creating a raised rim around the edge."

Robinson says this ice occurrence is more often seen in seawater like in the Arctic or Antarctic, though it can occur on the Great Lakes.

What's more common in Lake Ontario, however, are large areas of slush or sheets of ice.

"We most often see hundreds of metres of slush against the shoreline. That's from the wave action being too strong to turn into pancake ice," Robinson says. "Or gigantic sheets of ice which we're most familiar with."

Though it may be less common, we're able to revel in these sparse weather occurrences a lot more often thanks to the sharing of photos.

"Nowadays, everyone is able to get shots of all different kinds of weather phenomena," Robinson says. "We're able to see these things more often now because everybody has a cellphone."