Job seekers who don't want to be vaccinated or don't want to reveal their vaccination status can now find a handful of Toronto and area jobs listed on a new website.

While the majority of Ontario residents are vaccinated, and as a recent failed attempt to boycott Chapman's Ice Cream proves, most people support vaccine mandates as a way to keep the public safe and prevent overcrowding in hospitals.

However, there is a small but loud minority of people who either won't get vaccinated or don't want to reveal their vaccination status.

Jabless Jobs, which started in Vancouver but now has postings from across Canada, says they aim to provide a job service that doesn't discriminate. Jobs range from cleaners to a chiropractic assistant. 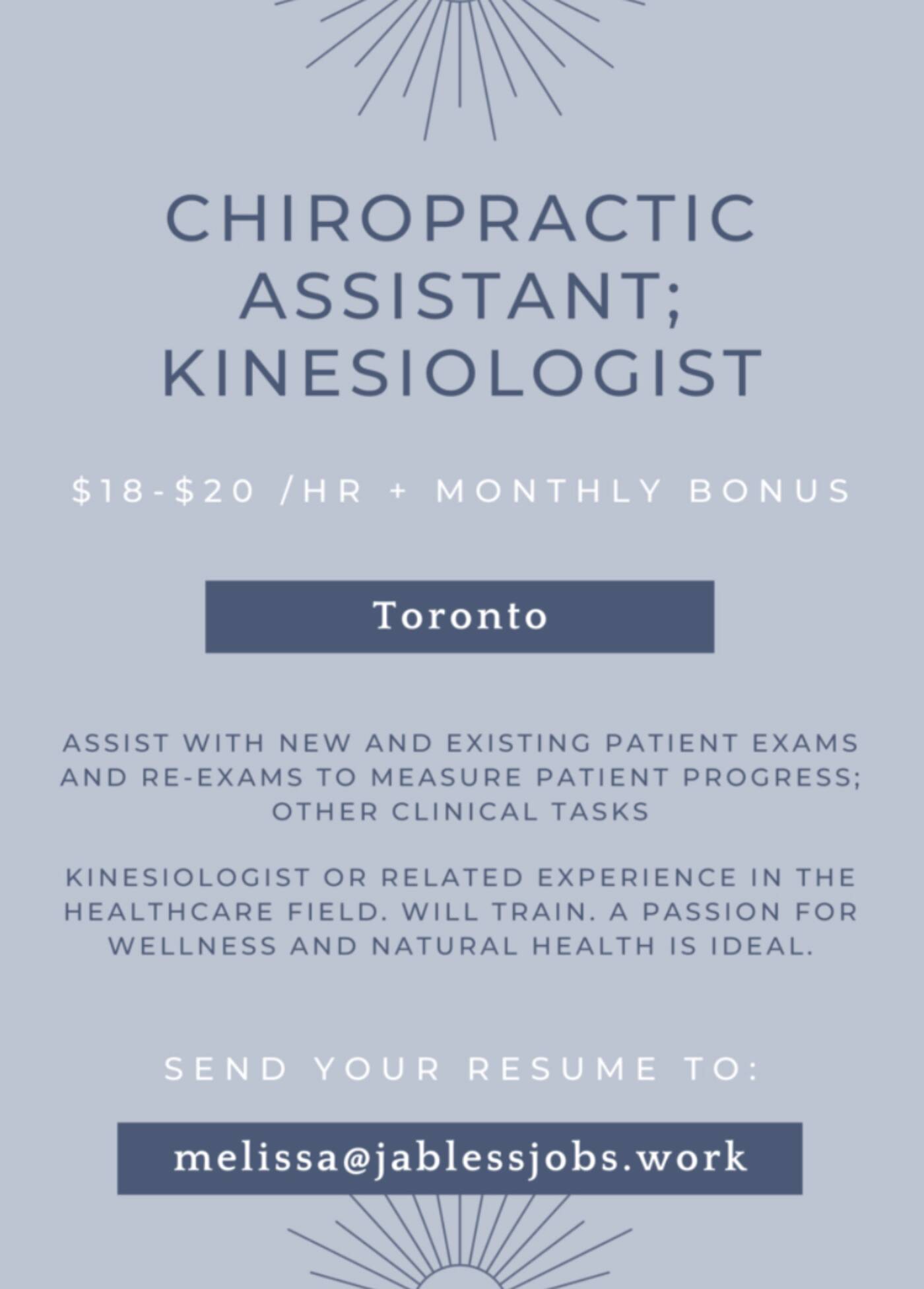 A job posting for a chiropratic assistant is listed on Jabless Jobs.

Douklias was working as a manager of an exterior building cleaning company but when the owner decided all staff must be vaccinated, he decided to quit.

"My employer wanted to enforce restrictions on us, and I wasn't comfortable with that," Douklias says.

As management, he was also required to enforce the policy.

"I just don't believe in enforcing personal choice on people," he says.

Unemployed, he looked for a way to find a job.

"I started it (Jabless Jobs) to create the chance of finding myself a job."

He started on the app Telegram in August but at the end of November he launched the website. There have since been more than 100 jobs posted, he says.

In the Toronto area, businesses that have taken an anti-lockdown stance, such as Huf Gym, have posted jobs. Hair salon, Mane on Bloor, also has a posting for a hair stylist.

Douklias says there are job postings in provinces across Canada but right now the majority are in southern Ontario and British Columbia.

"We're constantly reaching out to other regions in the country as well," he says.

Jabless Jobs contacts businesses for postings, but they have also had employers contact them recently.

Asked if Jabless Jobs will continue after the pandemic, Douklias says yes.

"We certainly believe we have a high level of brand loyalty," he says. "So we are not limited to unvaccinated people even though our name describes it as such. It's a catchy name and we're keeping it is a hook."