Downtown Toronto became a ghost town in the early months of lockdown but now things are starting to look up.

The stay-at-home orders had office workers confined to their living rooms and downtown business suffered — shops and cafes in The Path system were particularly hard-hit.

Just a month ago, downtown offices were still mainly empty as the work-from-home trend continued.

But that is starting to change, according to a new report from Avison Young, a global commercial real estate company.

While workers are only slowly returning to offices, foot traffic in downtown Toronto is up by 62 per cent in the third quarter compared to the second quarter of the year, according to the Avison and Young Vitality Index. 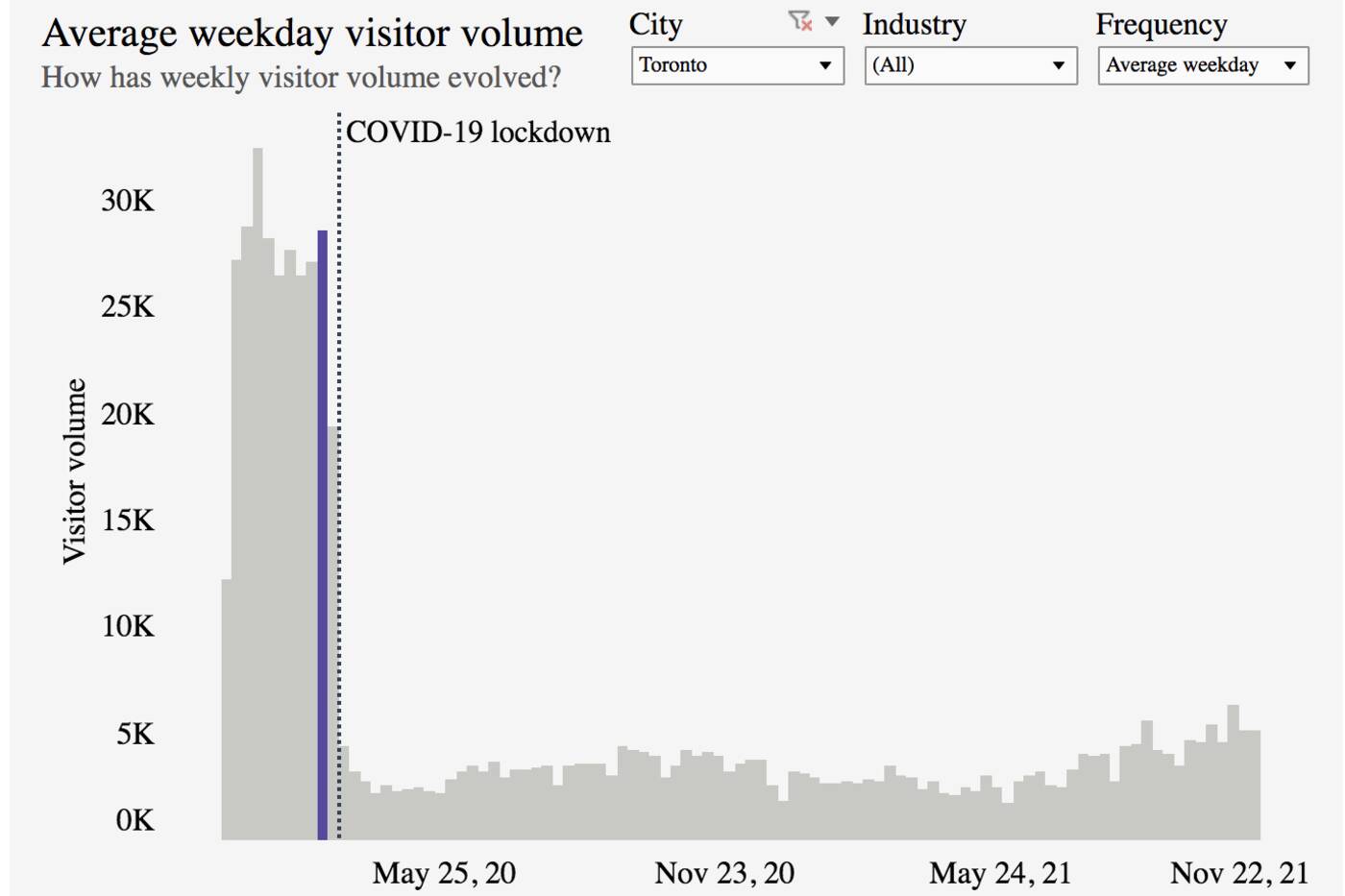 There are also indications that more businesses and employees will come back downtown.

Fewer buildings have more than 50,000 square feet available: 179 in the third quarter down from 187 in the last quarter.

But downtown availability (12.9 per cent) and vacancy (7.6 per cent) rates ticked upward during the third quarter. However, the rate of increase slowed as it has across the GTA overall. 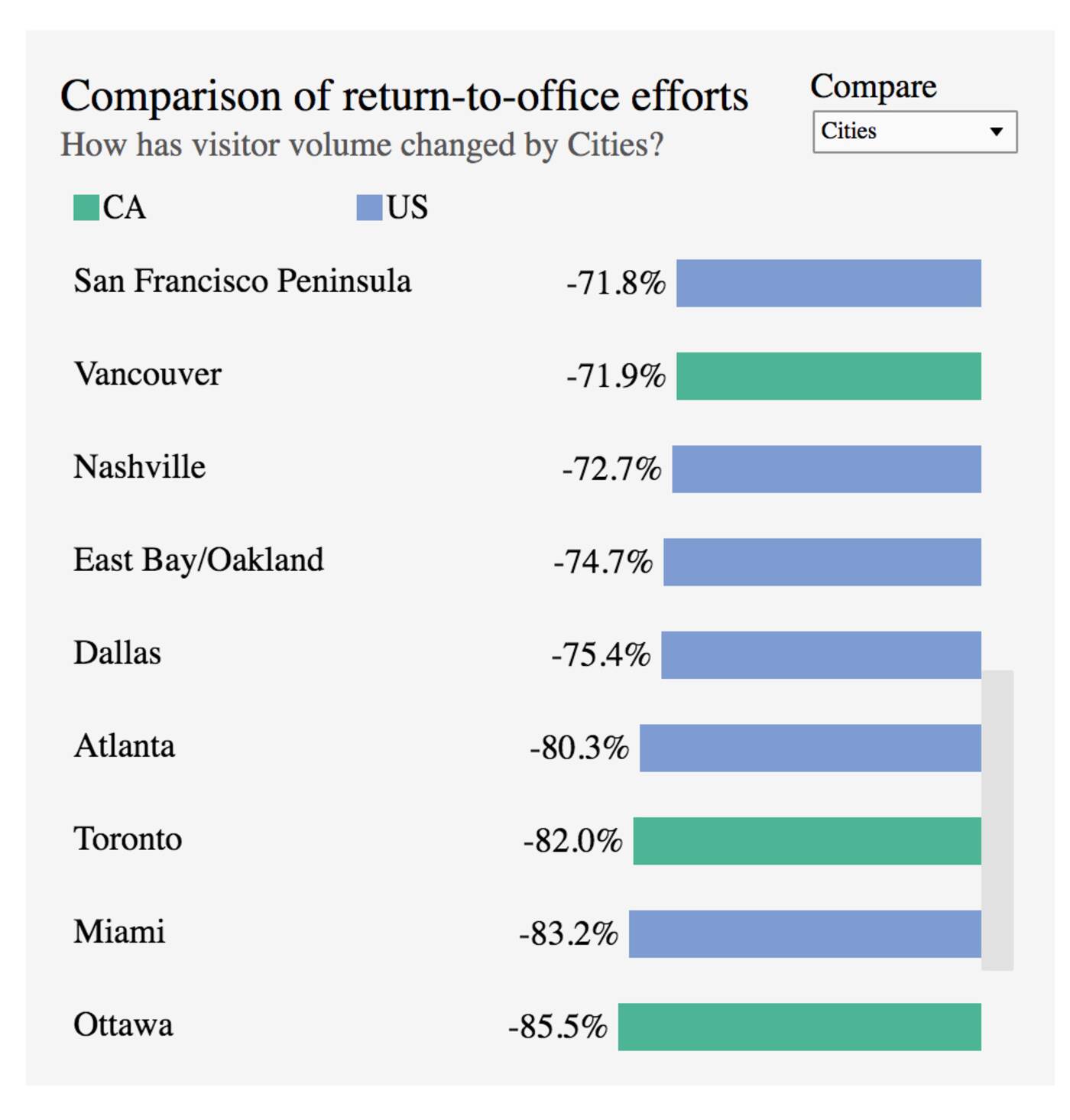 The report noted increased touring of properties, not only among existing Toronto tenants but also with newcomers to the market.

Another good sign is a return of business to First Canadian Place in Toronto's Financial District, according to Retail Insider.

Currently, The Vitality Index is showing a steady increase in foot traffic in major cities in the U.S. and Canada but is still trending significantly below 2019 levels, the report reads.

The widespread return in the fall that many hoped for has yet to materialize. In fact, the whole nature of office work has undergone a fundamental shift.

"The definition of the office was changing long before [C*V*D] happened," says Sheila Botting, Avison Young's president of professional services for the Americas.