Remote work was already gaining traction before lockdowns made the home office ubiquitous across all desk jobs in early 2020.

And though many businesses have reverted to their pre-pandemic office arrangements, remote and hybrid working models have taken hold and might be here to stay.

But how does work differ in home offices around the world? Digital HR management platform company WorkMotion set out to determine just that, using a wide range of criteria to rank the best cities in the world for remote workers.

Factors considered included happiness, livability, education, healthcare, compliance in terms of companies hiring remote workers and for employees looking to relocate, the cost of living, as well as civic infrastructure including political stability and gender, minority, and LGBTQ+ equality.

Analyzing these factors, the study compiled an index of 80 cities worldwide, locations ranked using these criteria to determine how appealing they are for remote workers.

Only two North American cities appear in the top ten, but both of them are located right here in Canada. 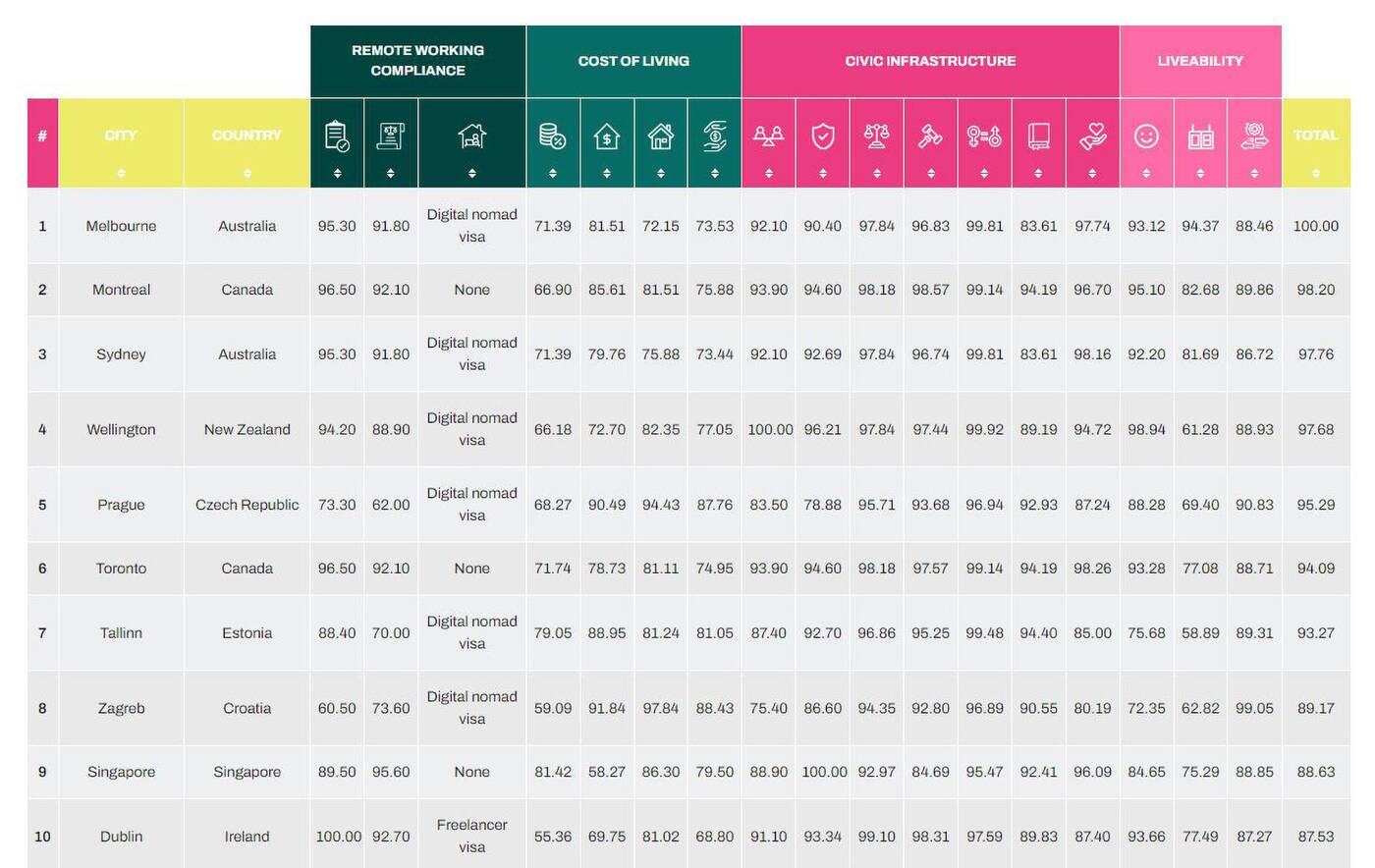 Toronto landed in sixth place with a total score of 94.09 out of 100, though it was our perpetual rival Montreal that scored the highest among North American cities, taking the #2 spot overall with an impressive score of 98.2.

Only Melbourne, Australia got a better grade, with a perfect score of 100. It seems Oceania is a global hotspot for remote workers, with Sydney, Australia in the #3 spot and Wellington, New Zealand taking #4.

And for our neighbours to the south, the rankings don't look fantastic. You'd have to scroll all the way down to 34th place to find the first United States entry in the list, with Pittsburgh scoring a 76.72.

So next time you find yourself complaining about Zoom calls and the neverending barrage of work notifications that have supplanted in-office communication, just consider how much worse it could be living in one of the lower-tier cities on this list.