You can learn the history behind some of Toronto's most famous landmarks with new audio hotlines being set up around the city.

Dundurn Press, a Toronto-based publishing company, has partnered with FreeConference to create hotlines that anyone can call to hear stories from authors who have written about Toronto landmarks.

Plaques with hotline numbers are placed on telephone poles in front of landmarks such as the Horseshoe Tavern, Massey Hall, Yorkville, The Toronto Islands, and Humber Bay.

All you have to do is call the number on the plaque, and you'll be transported into another time as you listen to stories about the legacy of each location as it stands before you. 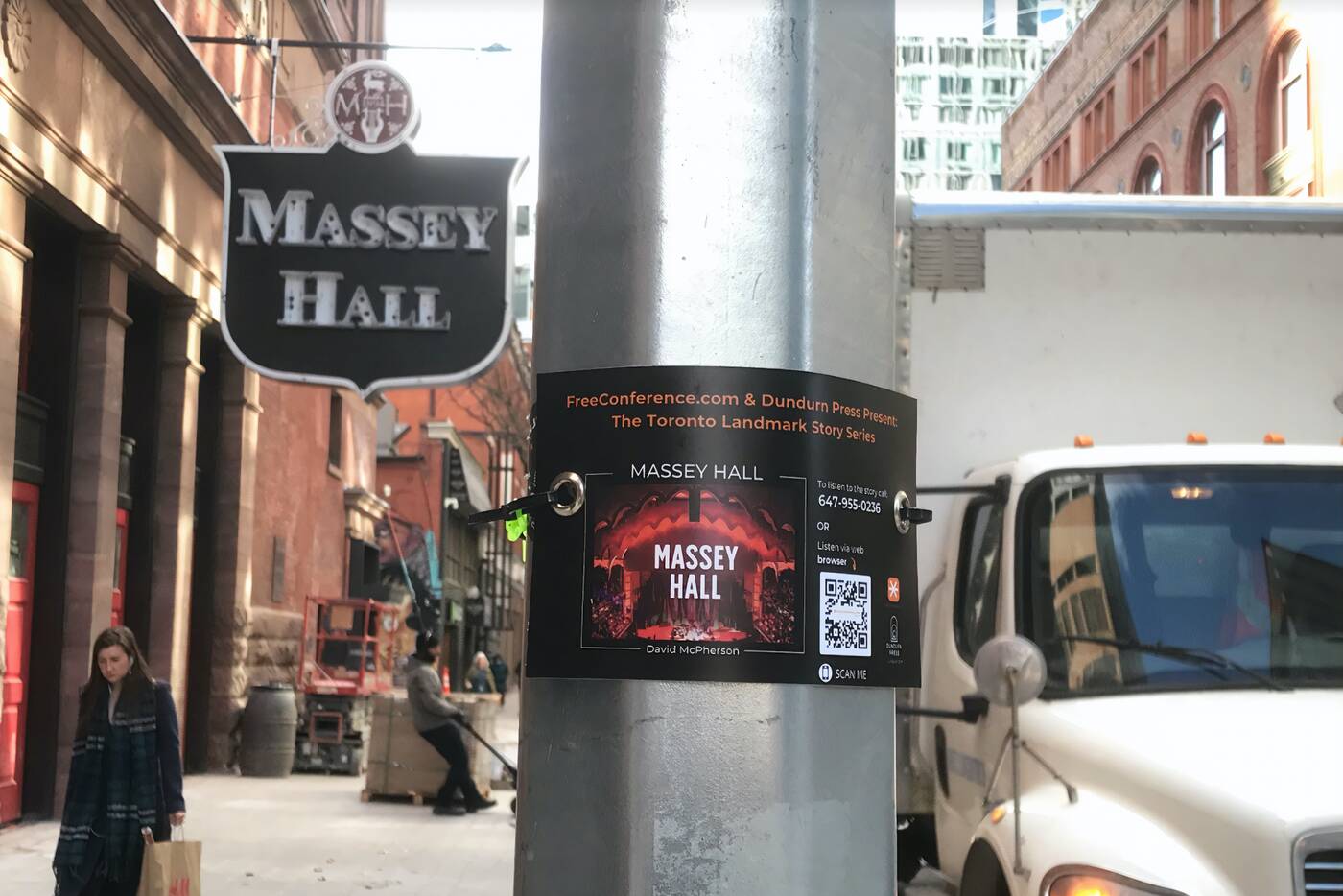 A plaque hanging outside Toronto's Massey Hall, where you can call in to hear stories about the historic venue. Photo via Dundurn Press

"We're bringing books to people in a different way, even though I've been to the Horseshoe Tavern, there's some things in the story that I had no idea about, made me feel priviledged to live here," said Chris Houston, VP of Operations at Dundurn, to blogTO.

These aren't just boring old tales either; each audio reading comes equipped with sound effects that will make you feel like you're travelling through history while listening to facts about the landmark.

Pool balls hitting each other at the tavern, horse and buggies passing by when Yorkville was a country settlement; these are just some of the notable audio pieces that go along with the characteristics of each location.

All of the stories were recorded by authors of real books published with Dundurn Press, such as Massey Hall Forever by David McPhearson.

Scott Fraser, Publisher at Dundurn Press, said the idea for the hotlines came out of a need for entertainment while people were going for daily walks while stay at home orders were in place this year. 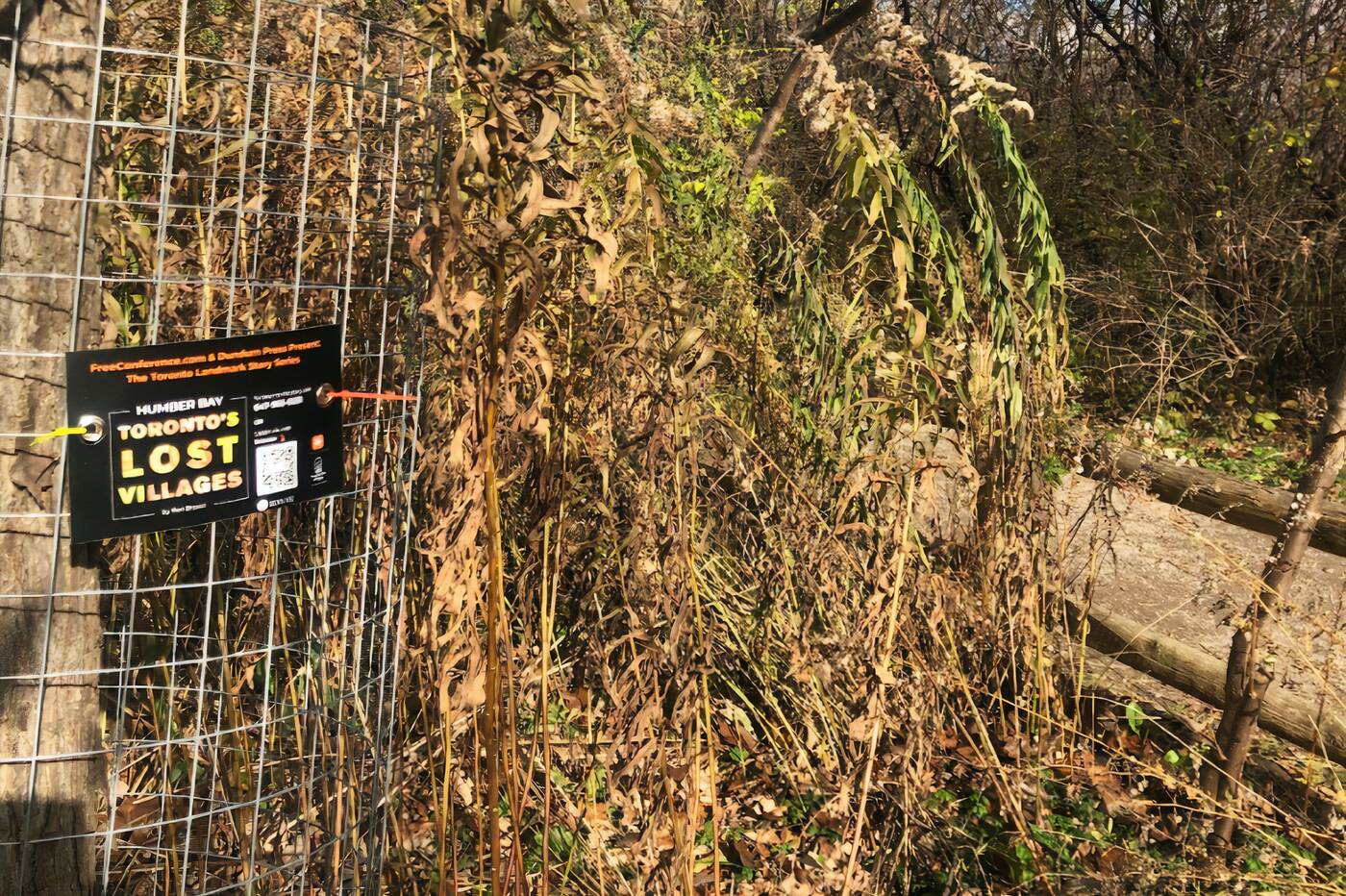 An audio hotline plaque located near the trails at Humber Bay. Photo via Dundurn Press.

"Stories have been bringing people together since the beginning, it's what humans do, we entertain each other. It's been a pretty rough couple years and this is something we can all participate in without spending any money," said Fraser.

However, with restrictions now at ease, the hotlines will be good for tourists wanting to know more about Toronto's history or newcomers wanting to be more connected to the city.

"People can understand what kind of communities existed before today, they can be taken back in history and understand what happened back in the day," said Dora Bloom, a marketing director who works with Dundurn.

You won't have to resort to scrolling mindlessly through Google to learn the story behind Toronto's oldest landmarks. The hotline is available, and you can scan the QR code on the plaque with your phone to listen in.