A Toronto man was surprised to find a piece of history from almost 90 years ago, underneath the floor of his home.

Marcin Peski told blogTO that an old newspaper from 1934 was found by contractors who were replacing the flooring in his home on Oct 15.

Peski lives in one of the old houses in the Annex, he suspects the house was built sometime during the early 19th century, which makes sense why remains from the past were left behind.

The newspaper is called Pioneer News, this edition was published on November 1, 1934, and appears to be an advertisement paper, more than mainstream news.

There's no information online about who Pioneer News was, but they were definitely Toronto-based, their offices were listed at 772 Bathurst Street. 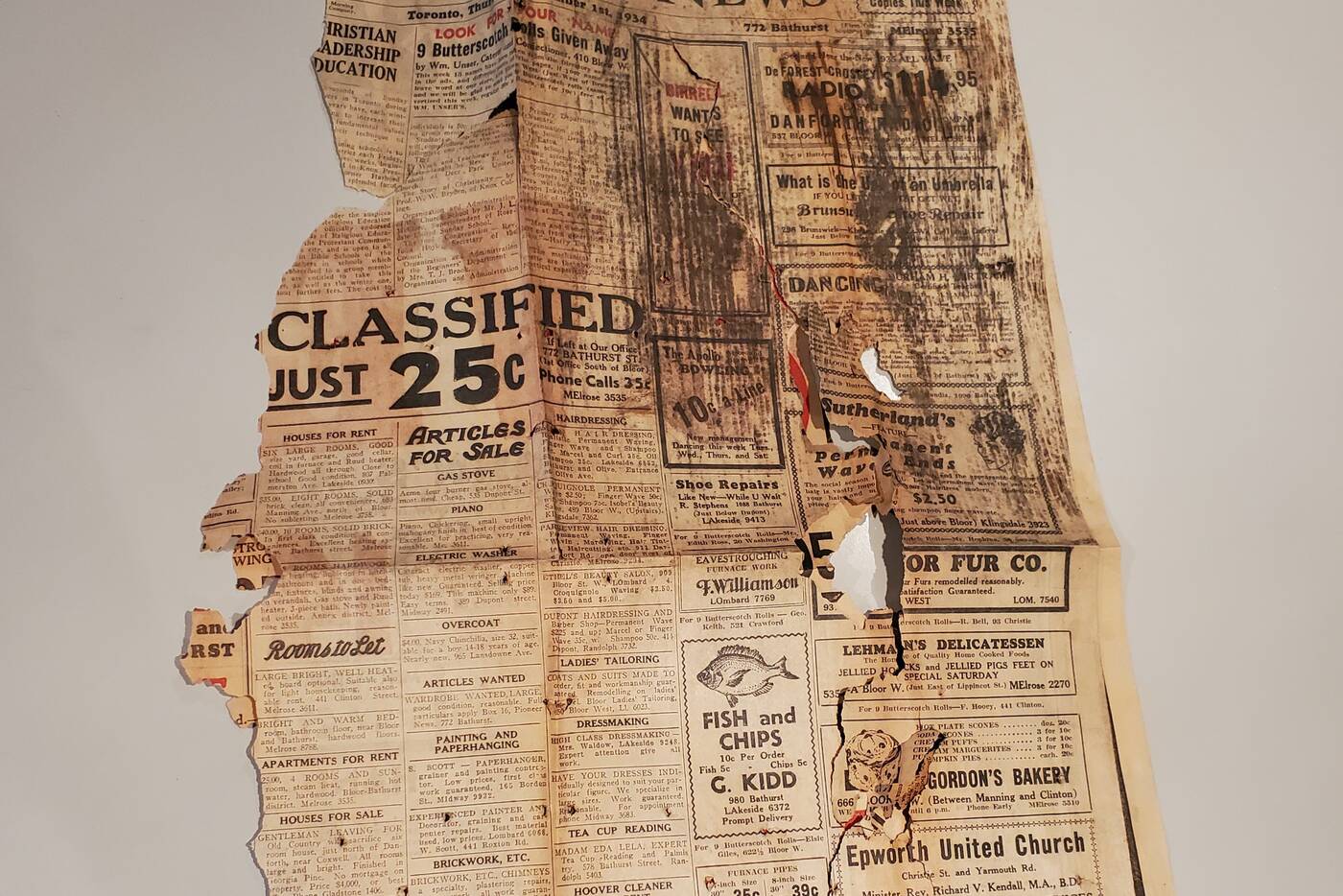 The front page of Pioneer News from November 1. 1934. Photo by: Marcin Peski

A series of ads on the newspaper point to what businesses might've been in Toronto at that time.

On the front page, there's multiple columns for "rooms to let", otherwise known as rental listing's in modern day terms.

At the top, there's also an ad for "the Danforth Radio Company". A database on the Government of Canada website reveals the company dates all the way back to 1929, with its trademark being unactivated in 1991. 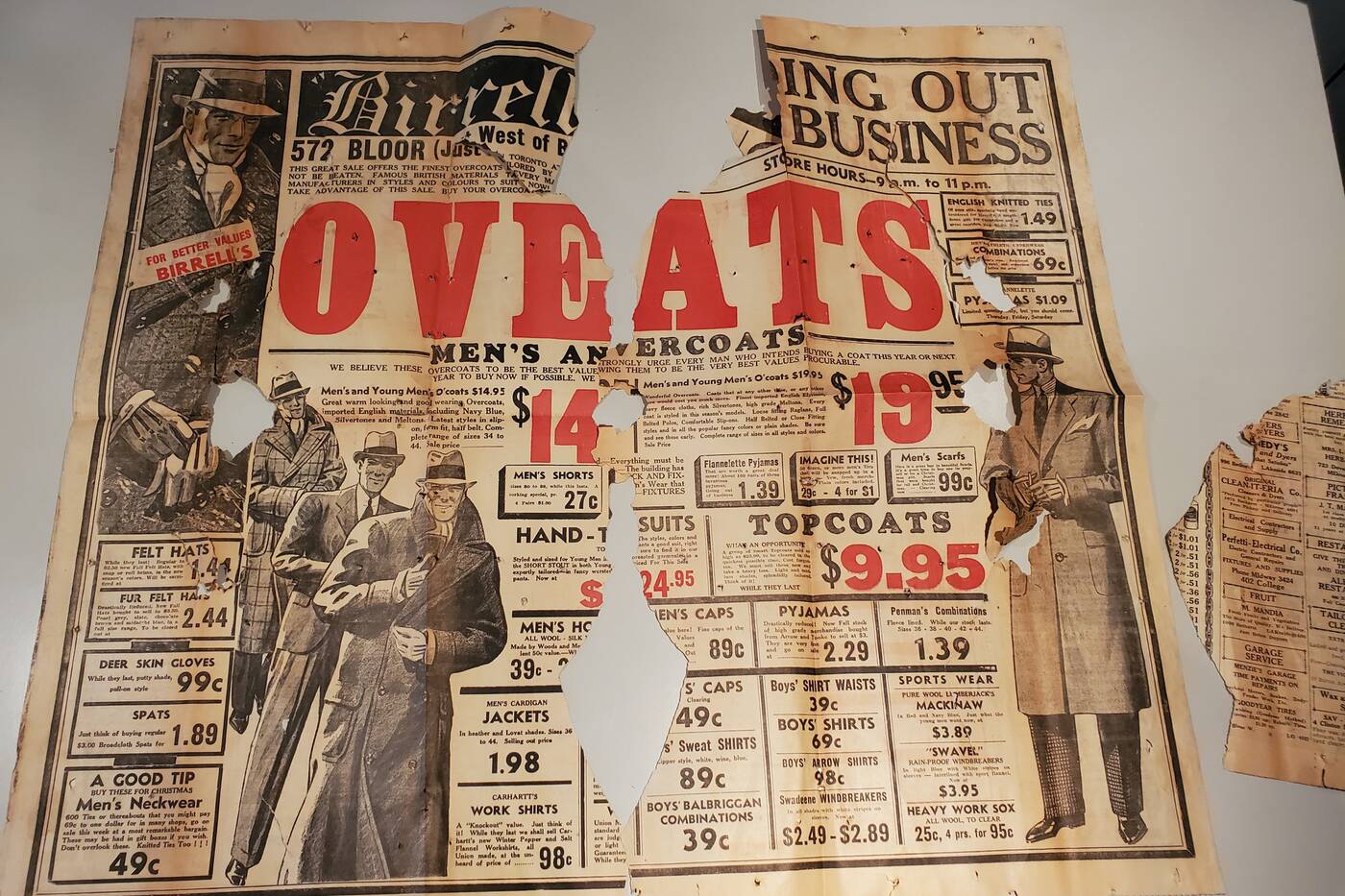 An ripped up piece of the newspaper where an ad for coats in Toronto was listed in 1934. Photo by: Marcin Peski

In another section of the newspaper, there's a large spread for an ad about a coat store. It's hard to make out what the store is called, but it appears to spell out "Birrell", which might've been related to Shipley E. Birrell, a Toronto Furrier, identified in another 1934 newspaper. 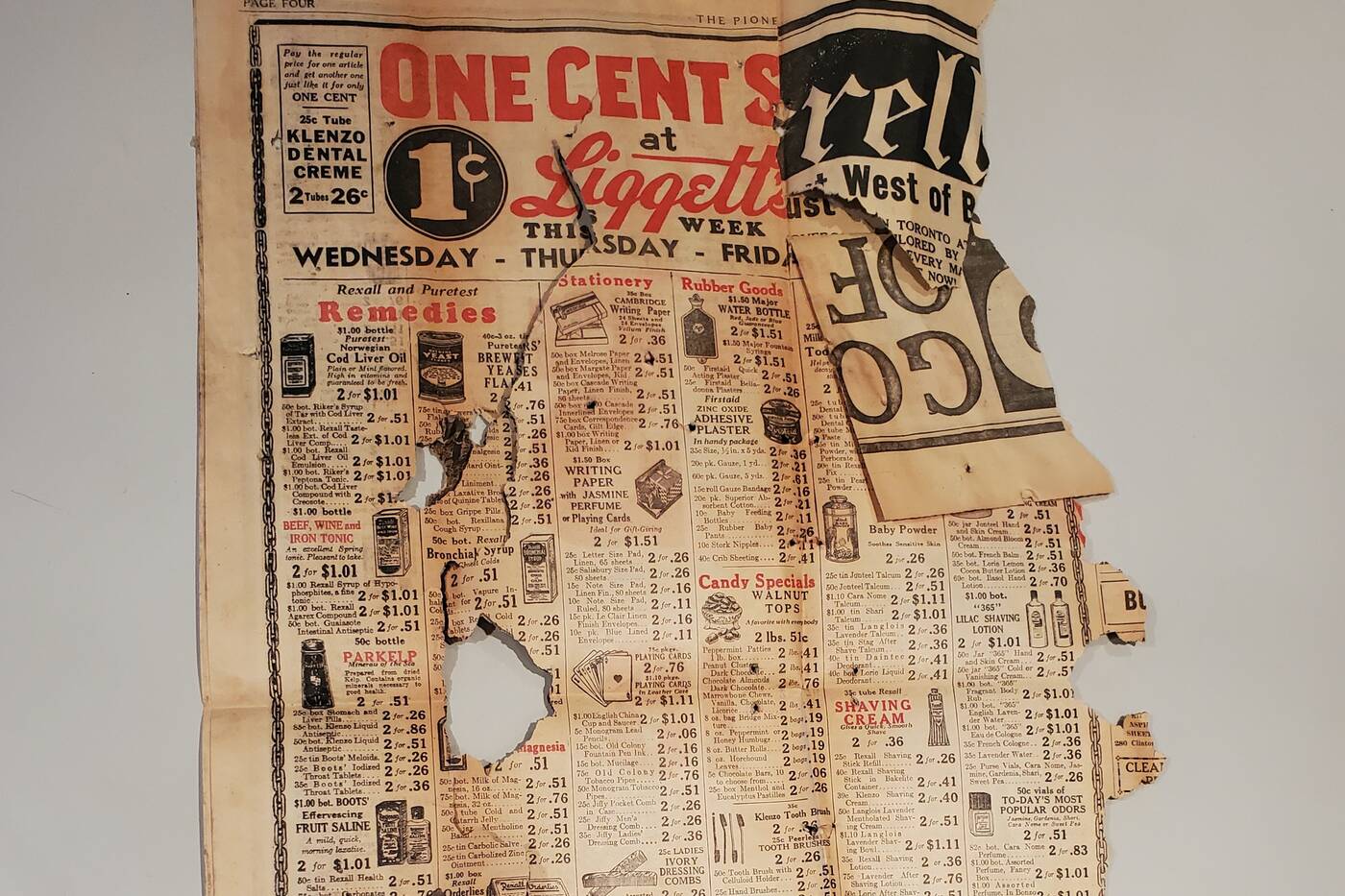 The third part of the newspaper that was found underneath the floor of Peski's home. Photo by: Marcin Peski

A third sheet of the newspaper is covered in pricing for different medicines, food and hygiene items.  Something called "Klenzo Dental Cream", which I assume would be toothpaste? Cost 26 cents for two tubes.

Peski told blogTO that he plans to keep and maintain the old newspaper, while replacing it with a 2021 newspaper to go under the new floors.