When a Toronto woman got a large campaign sign from her candidate, she was so happy she posed for a photo beside it — but a few days later it was gone.

North Parkdale resident Emily Kingvisser tells blogTO she is an NDP supporter and was glad to receive a large sign of the candidate for the High Park Parkdale riding, Paul Taylor.

Kingvissor and her partner asked the campaign office for a sign and it was delivered to the lawn of their Garden Avenue home on Tuesday morning.

"We thought it was funny that they gave us this really big sign so we took a picture," she says.

But then Friday morning it was gone. 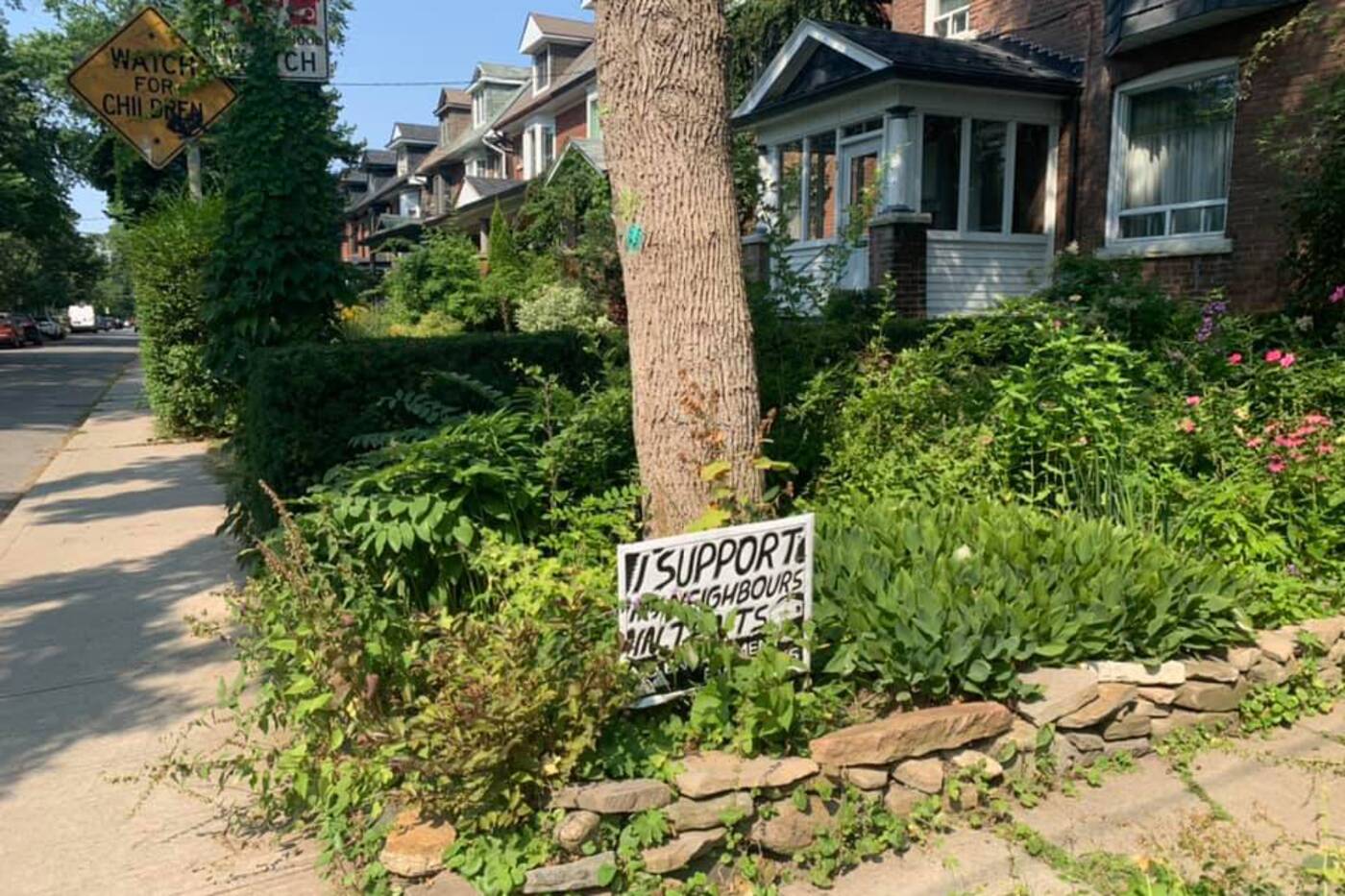 There was no trace of the sign Friday morning.

"Whoever it was, came and took a very large sign with big wooden posts right out of our front lawn," she says. "They must have put it in a truck or something to get it out of here – there are no pieces lying around."

The couple lodged a formal complaint with the election commission.

"Those signs are really expensive — they (the person who took the sign) are actually, intentionally sabotaging the campaign by doing this."

Another area resident, Shelly Gordon, says her large lawn sign was also taken from Sorauren Avenue on the same night.

"It's gone, that's the weird thing, it isn't just pushed over – it's been taken away."

While some people suggested the sign might be too big or blocking a driveway but Gordon says the sign is the same size as in other years.

Kingvissor says she is disappointed.