A Toronto resident is raising the alarm after creepy reports of a voyeuristic man knocking on bedroom windows surfaced this week.

A Roncesvalles resident, near Sorauren Avenue and Wright Street, reported a man knocking on her bedroom window in the evening of Aug. 2, according to a post in the Parkdale Community Updates Facebook Group.

The woman, who wishes to remain anonymous, said she heard a knock on her bedroom window and when she looked up "there was a man there with his pants down jerking off into my window."

She screamed and told him to go away but he "seemed to get off more knowing I saw him." 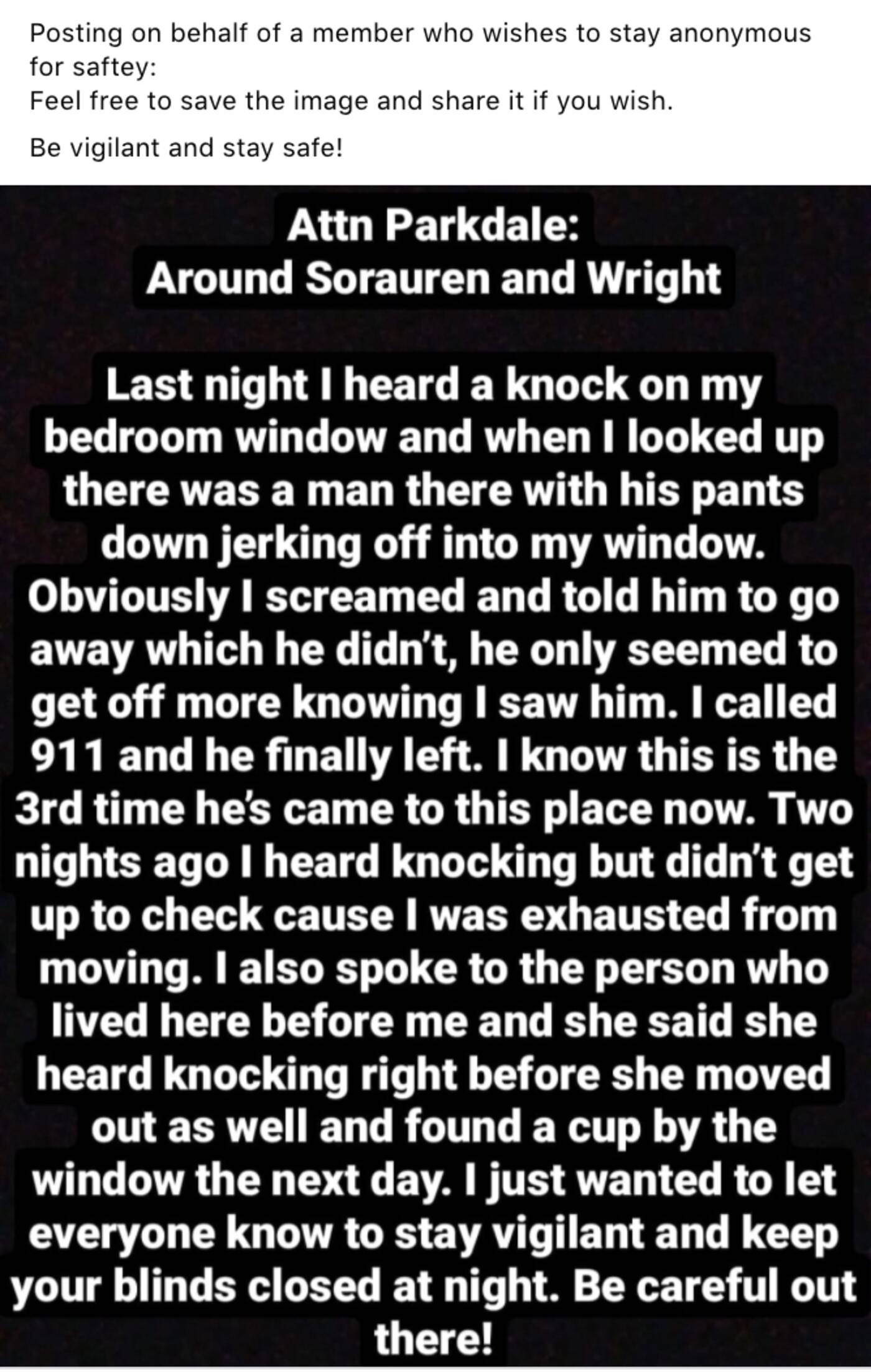 The woman said this is the third time he has knocked on the window. The first time she didn't get up to look out the window. She has just moved into the place and the person who lived there before also heard knocking just before they left.

"I just wanted to let everyone know to stay vigilant and keep your blinds closed at night," she posted.

The two cases have been assigned to an investigator and a canvass is being done in the area for video or photos of the suspect.

We "would encourage anyone else with information to come forward," Sidhu says.

No suspect has been located at this time.

Later on Aug. 4, Toronto Police Service issued a press release stating that the man is described as white, in his 40s, medium build, dirty blond shoulder-length hair and a beard, seen wearing a leather jacket and may have been riding a bicycle. There is no photo available of the suspect.

Several incidents have been reported to police, however, police are concerned there may be other unreported incidents.