A Toronto resident who was the victim of a violent assault outside of his home last week is now thanking a TTC bus driver for saving his life.

Independent artist Jason Schweitzer was taking a walk around his block near Pape and Mortimer in East York last Wednesday night when he was narrowly missed by a speeding car making a turn.

But unfortunately that wasn't nearly the end of the tense encounter, as the car proceeded stopped a ways' down the road, the driver emerging with a metal baseball bat in what appeared to be a random instance of road rage.

Schweitzer was chased and then assaulted, sustaining multiple fractures and tissue injuries, but managed to pull himself into the roadway and thus the path of an oncoming TTC bus in the midst of it all.

"The bus stopped and the driver opened the door and saved Jason's life," a GoFundMe launched to aid in his recovery states, adding that after the vehicle operator pulled him onto the bus, even passengers were quick to come to his aid until paramedics and police arrived.

Though his memory of the incident is blurry, he does recall a passenger helping to give him water from her water bottle. 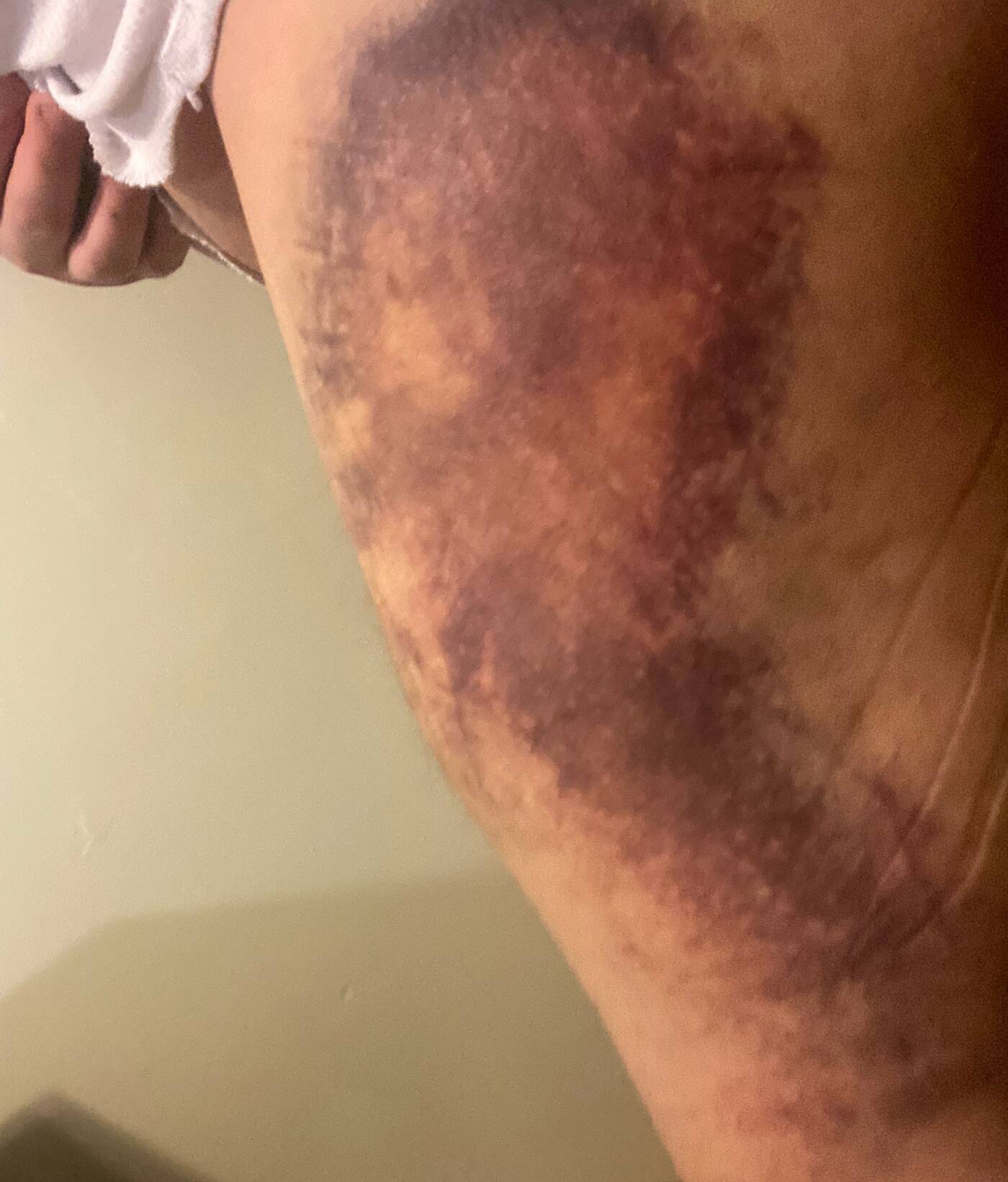 Schweitzer was left extremely banged up from the assault and is set to undergo more tests at Michael Garron Hospital in the coming days.

Despite what was an undeniably awful experience, the actions of good Samaritans around him have lent Schweitzer, who has actually launched crowdfunding campaigns for others in need in the past, a bit of light and levity.

He notes that authorities who arrived on the scene were even kind enough to go to his home and remove a meal he'd put in the oven before his walk, and also to retrieve his health card.

In the wake of the attack, Schweitzer has reached out to the TTC control centre to thank the driver who he credits for the fact that he is still here today, though he is suffering from some very serious injuries and has a long road to recovery ahead of him.

"He was a young guy, and I remember when I was leaving in the ambulance, I kept on yelling out the ambulance doors 'thank you, thank you,'" Schweitzer told blogTO.

"I hope the message gets to him."